11 items. An oral history interview with Flying Officer Douglas Petty (b. 1923, 189456 Royal Air Force) documents and photographs. He flew operations as a flight engineer with 429 Squadron.
The collection has been loaned to the IBCC Digital Archive for digitisation by Douglas Petty and catalogued by Barry Hunter. 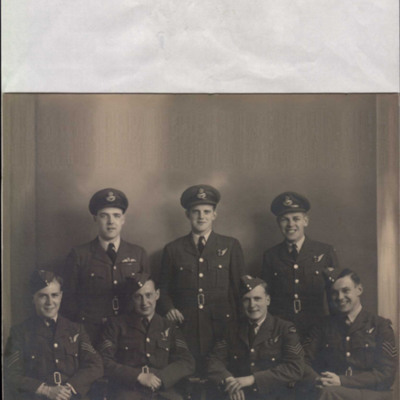 Group of trainees arranged in five rows. Each individual is named in the caption underneath 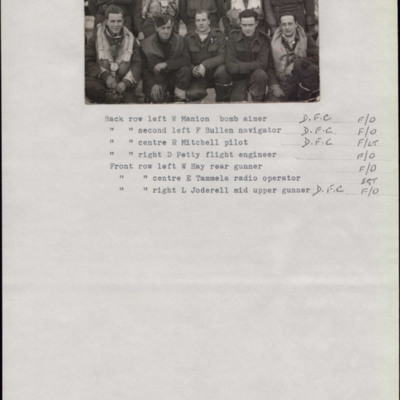 Ten airmen arranged in two rows in front of their Halifax. Seven of the airmen are identified with rank and function. Four have DFCs. 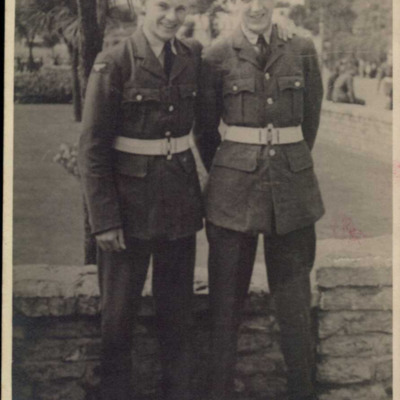 Two trainee airmen standing in front of a low stone wall. Behind is a palm tree. 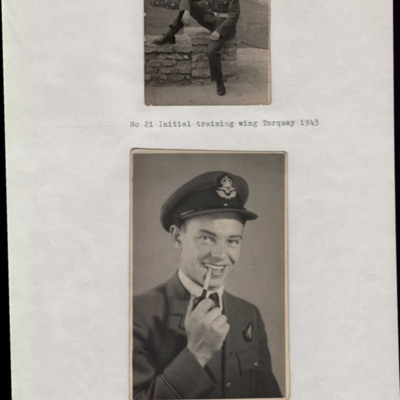 Photo 1 is a trainee Doug Petty sitting on a low stone wall, captioned 'No 21 Initial Training Wing Torquay 1943'.
Photo 2 is a head and shoulders portrait of Doug Petty with a pipe in his mouth, captioned 'Newly commissioned Pilot Officer 1944'. Photo 1 is two trainee airmen standing beside a low wall, behind are palm trees. It is captioned 'Torquay 1943'.
Photo 2 is a head and shoulders portrait of an airman in a khaki top, captioned 'Leeming 1944'.
Photos 3 and 4 are two different groups…

Two airmen standing on the front of a fuel bowser, behind is the nose of a Halifax. 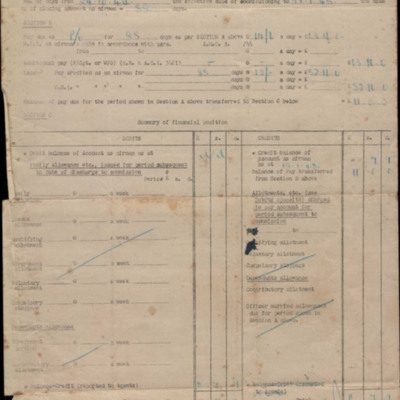 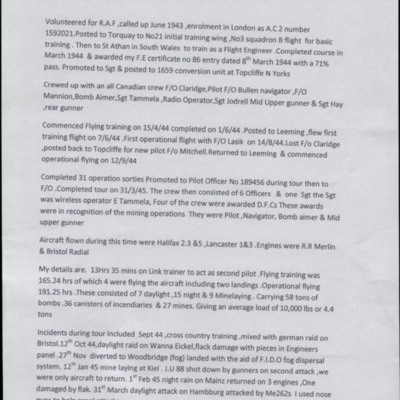 Brief memoirs recorded by Doug Petty during his RAF service. They cover the period from June 1943 to April 1947. 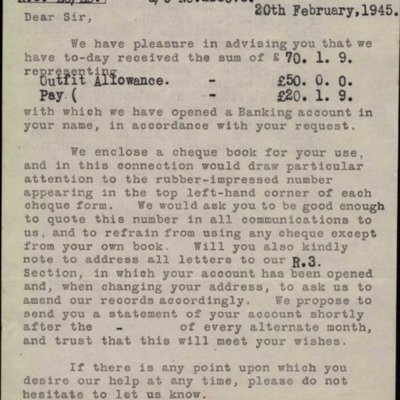 The letter advises Doug Petty that the bank has received £70/1/9 from the RAF and has opened an banking account in his name.