31 items. Two oral history interviews with Sergeant Fred Hooker (b. 1924, 1850487 Royal Air Force) and his scrapbook containing photographs and documents. He flew operations as a mid-upper gunner with 102 Squadron and became a prisoner of war on 12 September 1944. 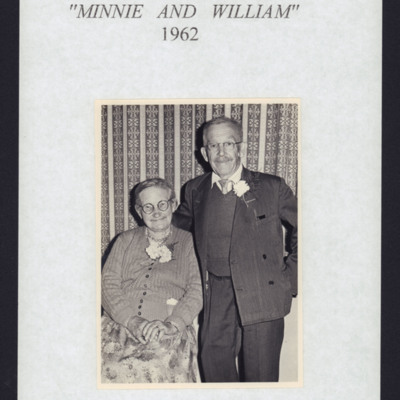 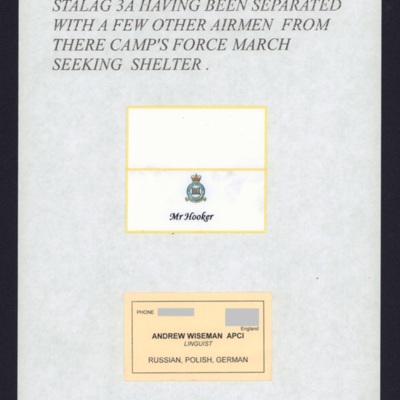 A page referring to Andrew Wiseman who got separated from the main group during the Long March. A business card with his name, Linguist Russian, Polish, German is included. 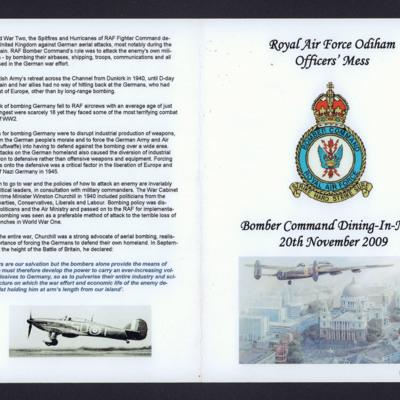 Programme for event held at RAF Odiham, including a menu. Fred is referred to as an Honoured Guest, as is Andy Wiseman.

X Prisoners of War From the parish in recognition of Service 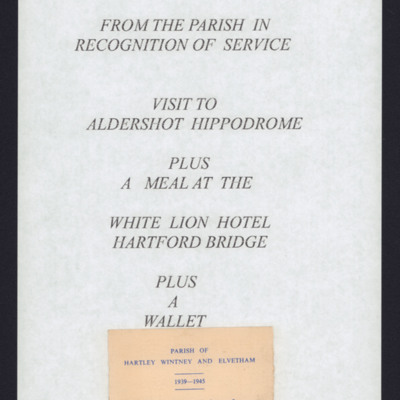 A caption 'A token of appreciation of your War Service' which included a visit to Aldershot Hippodrome and a meal at the White Lion Hotel.
Item 1 is a caption.
Item 2 is a caption 'Programme of Show.
Item 3, 4 and 5 are the programme of the show -…

Japan behind the Fan 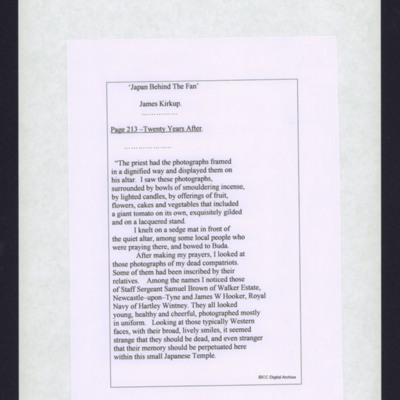 An excerpt from page 213 of a book entitled Japan behind the Fan. It refers to a temple with photographs of dead servicemen including James W Hooker. 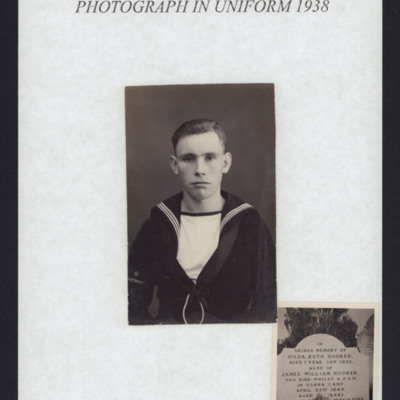 A half length portrait of James Hooker in naval uniform captioned 'Brother James William first photograph in uniform 1938.' Also included is a photograph of a gravestone for Hilda Ruth Hooker and James William Hooker who died in a prisoner of war… 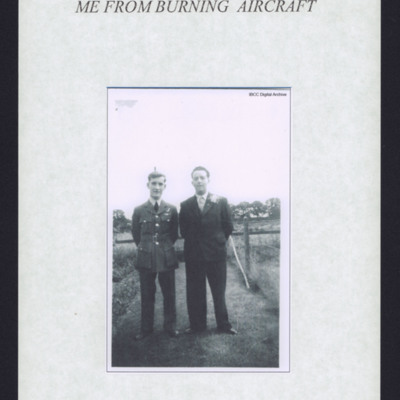 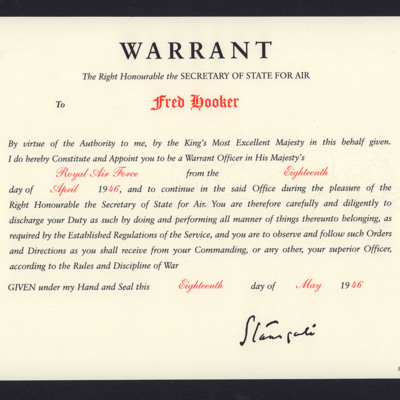 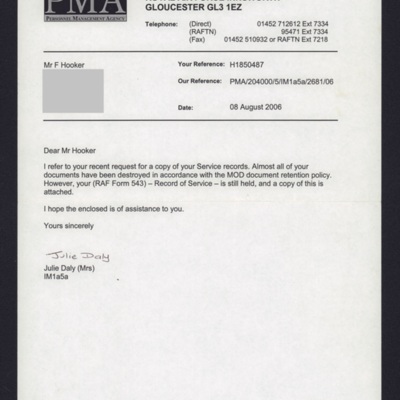 The letter advises Fred that his records have all been destroyed except Form 543 which they enclosed with the letter.

This item has been redacted in order to protect the privacy of third parties. 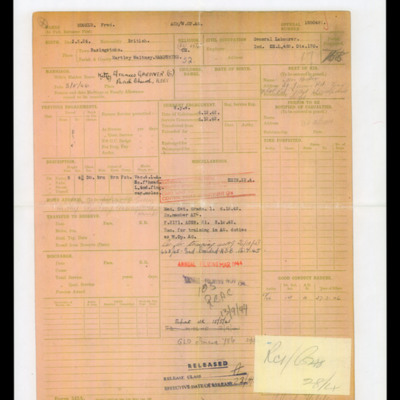 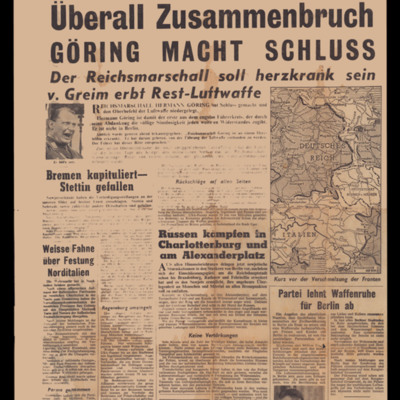 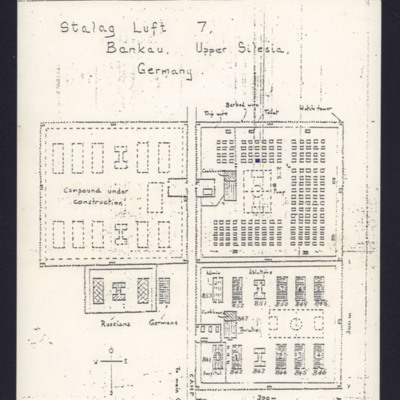 A map of Stalag Luft 7 drawn by D G Gray and dated December 1944. It shows a compound of huts, one of tents and one under construction. The Russians have a separate, smaller compound as do the Germans. 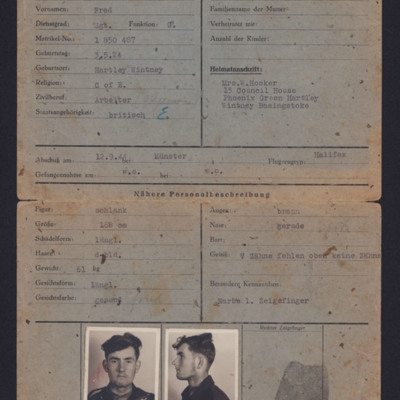 An identity card issued to Fred Hooker at Dulag Luft. 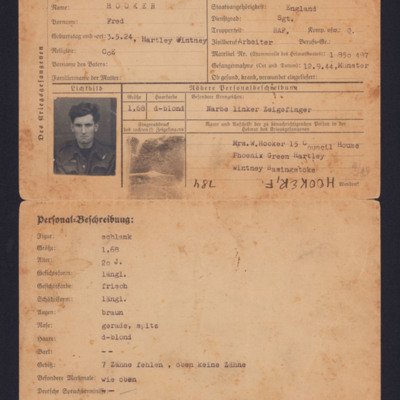 An identity card issued to Fred Hooker when he was captured.

Fred Hooker's notes after being shotdown 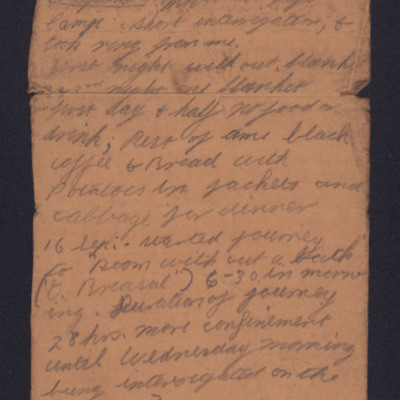 Notes kept by Fred Hooker after being shot down. It details the evacuation of the camp from Stalag Luft 7 to Stalag 3A with deaths recorded. A sketch map of the route taken by the prisoners from Stalag Luft 7. It names the towns passed through, the numbers of prisoners killed and their rations for 21 days.

12 Photographs of Second Camp Stalag 3A 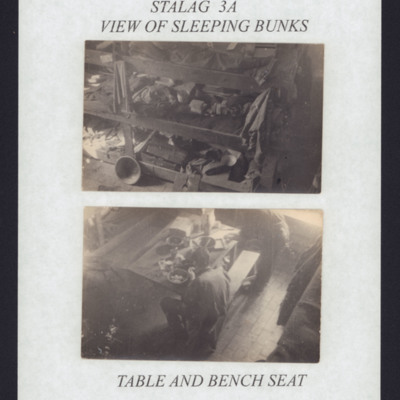 Photo 1 captioned 'View of Sleeping Bunks', shows three tiers of bunks.
Photo 2 captioned 'Table and Bench Seat' shows two men at the table, one seated.
Photo 3 is of a church, captioned 'Converted Hut by Russian POW for Worshipping'.
Photo 4 is… 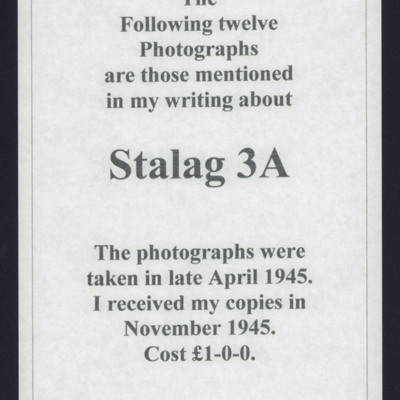 An explanatory note for a set of 12 photographs taken in Stalag 3A in April 1945. 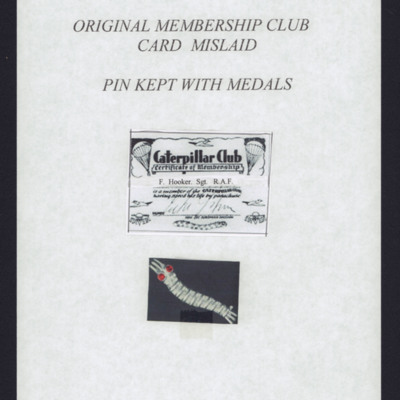 Halifax in the air 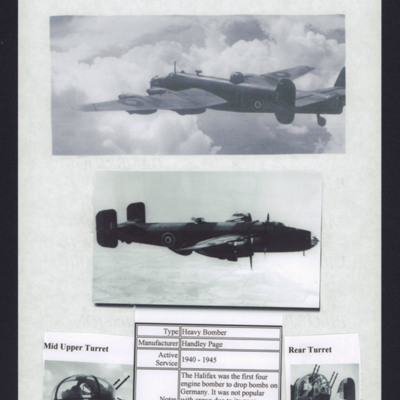 Copies of two air to air photographs of different marks of Halifax, photographs of mid upper and rear turret plus a short cutting about the Halifax on a scrapbook page. 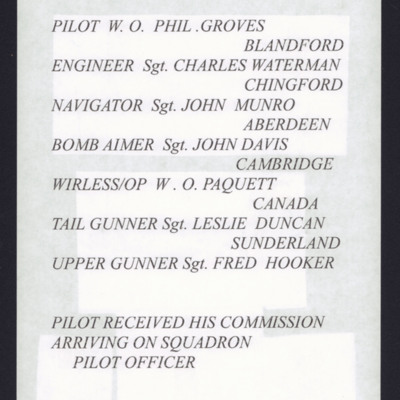 A list of seven aircrew, their position and where they were from, including Fred Hooker.

Dishforth 1944 while converting to Halifax aircraft 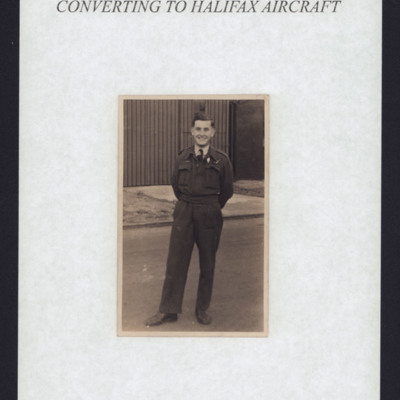 Fred Hooker, in uniform, standing in front of a metal building, captioned 'Dishforth 1944 while converting to Halifax aircraft'. 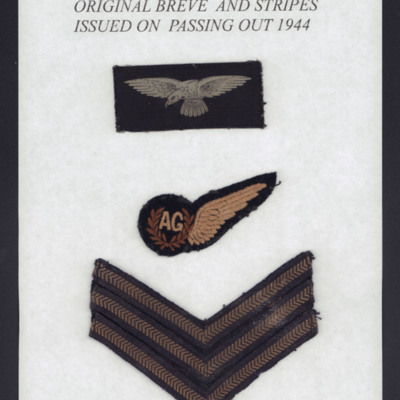 Five trainee airmen including Fred Hooker, arranged round a desk. On the reverse are signatures of four men and 'Bridlington 1943'.
View all 31 items