10 items. Two oral history interviews with Harold James Warren (1921 - 2017, 619608 Royal Air Force) service material, a note book, diary and photographs. He Joined the RAF in 1938, and after training as ground crew but remustered and after training in Canada, became a flight engineer.

The collection has been loaned to the IBCC Digital Archive for digitisation by Harold Warren and catalogued by Peter Adams. 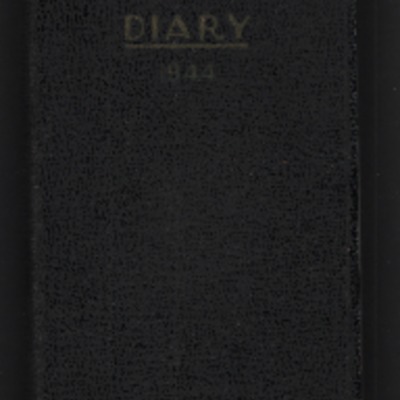 Hand-written 1944 diary. Detailed entries of flying, camp life, the weather and letters to and from home. Many references to going to cinema. Last entry 17 July 1944.

27 airmen and a Bristol Blenheim 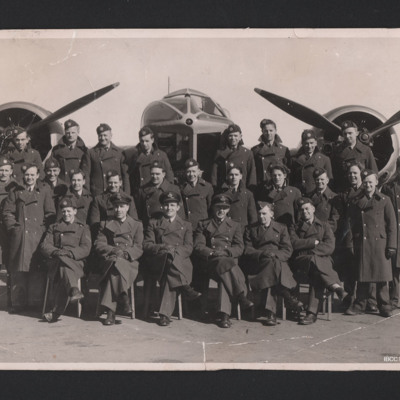 Formal photograph of 24 airmen and three officers, in uniform greatcoats, posed in three ranks in front of a Blenheim on a dispersal. There is snow on the ground in the background. 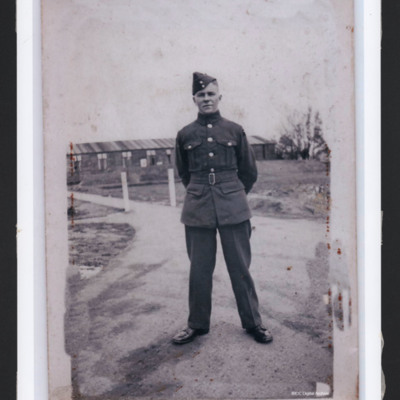 Full length photograph of Harold Warren, in uniform, standing 'at ease'. In the background is a barrack block. 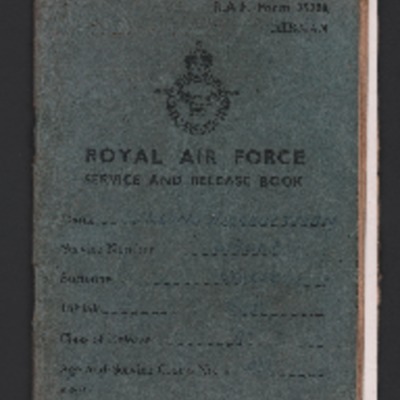 16-page Service and Release Book for H J Warren, showing he served from 6 September 1938 and had an effective date of release of 8 June 1946. Also enclosed are a photograph of a uniformed airman sat in the cockpit of an aircraft, turning toward the… 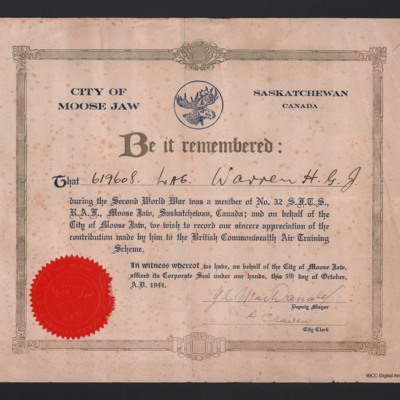 Paper certificate presented to H G Warren by the City of Moose Jaw, Saskatchewan, as remembrance of his time with No.32 Service Training Flying School, RAF, in the city. It is signed by the Deputy Mayor and City Clerk. 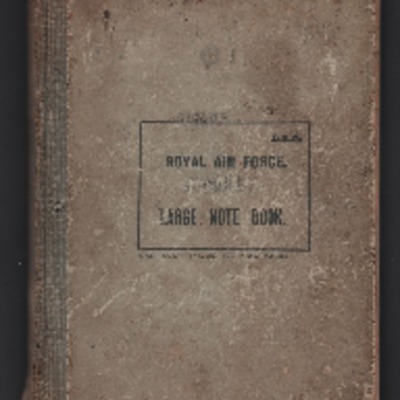 Form 407, RAF Large Note Book, belonging to Harold Warren, and consisting of 90 pages of notes and drawings relative to his training. 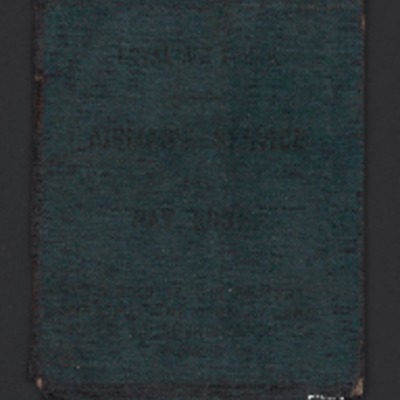 Harold Warren's Service and Pay book giving details of his service from 6 September 1938. 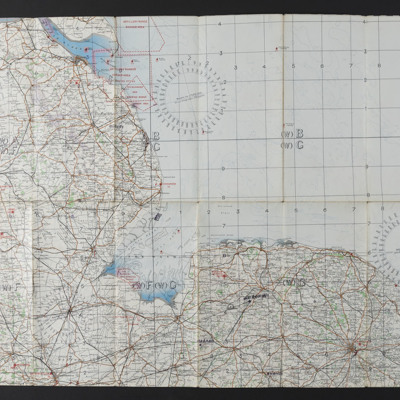 Air Ministry map of East Lincolnshire and North Norfolk, centred on The Wash. Air gunnery and air artillery ranges are marked, as are some airfields, in pen. The reverse, showing the outer cover, has, 'Delaney' hand-written in red. Cover shows this…

Interview with Harold James Warren. One

Interview in which he describes joining the RAF in 1938 and worked as ground crew. After training in Canada, he became a flight engineer and worked on Sunderlands flying from RAF Greenock.
View all 10 items