Seven items. An oral history interview with Sidney Bunce (b. 1925, 3006260 Royal Air Force) notes, service material and four photographs. He served as an engine mechanic with 115 Squadron at RAF Witchford and at RAF Wratting Common with 195 Squadron.

The collection has been loaned to the IBCC Digital Archive for digitisation by Sidney Bunce and catalogued by Trevor Hardcastle. 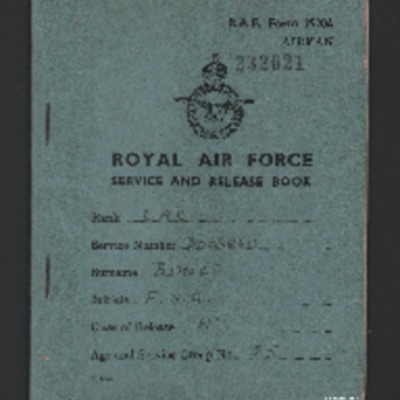 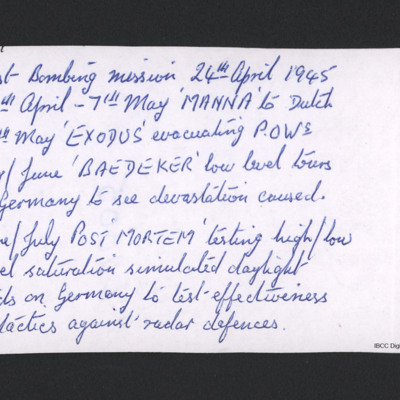 Last bombing operation on 24 April 1945, then operation Manna, Exodus, Baedecker and Post Mortem with a brief description of the operations.

Sid Bunce as a young boy 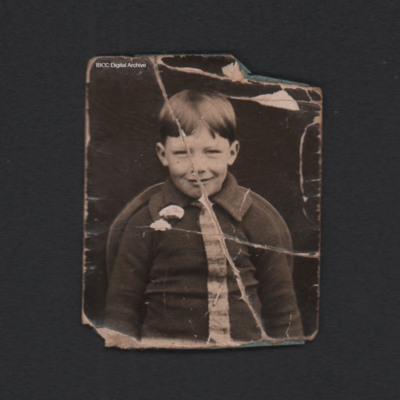 Sid Bunce sitting on a chair. 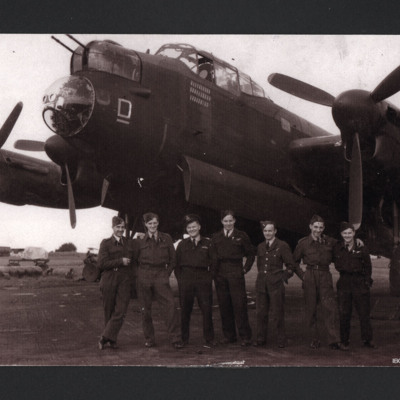 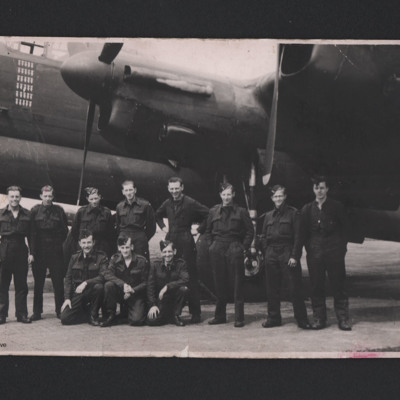 14 airmen standing and kneeling in front of a Lancaster with nose art indicating 29 operations completed.

Sidney Bunce grew up in Buckinghamshire and worked in a butchers and a dairy. He volunteered for the Royal Air Force aged 18 and trained as a flight mechanic engineer. He served with 115 Squadron at RAF Witchford and at RAF Wratting Common with 195…
View all 7 items