15 items. A multi page album containing images of scenes from 460 Squadron at RAF Binbrook, and photographs of ground personnel in various situations including a bomb dump, an officers’ mess, a control tower, and medical and dental facilities. It also contains photographs of a sports day, family photographs and a sailing trip. 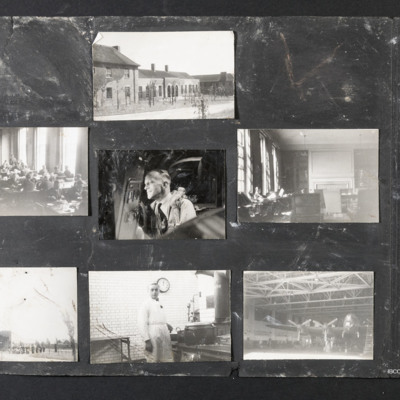 Photograph 1 is of camouflaged brick buildings.
Photograph 2 is of airmen eating at rows of tables in a mess hall.
Photograph 3 is a head and shoulders portrait of an aircrew member on an aircraft.
Photograph 4 is of a man sitting reading in an… 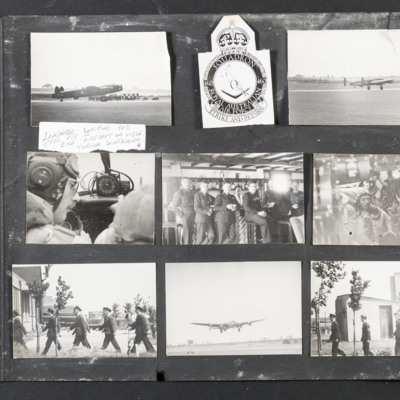 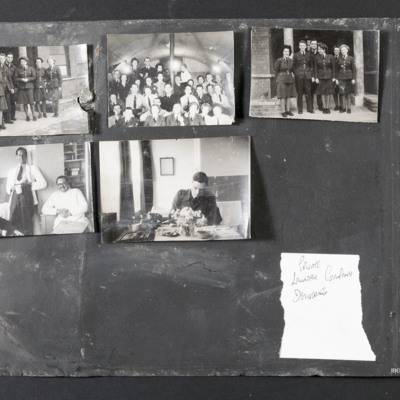 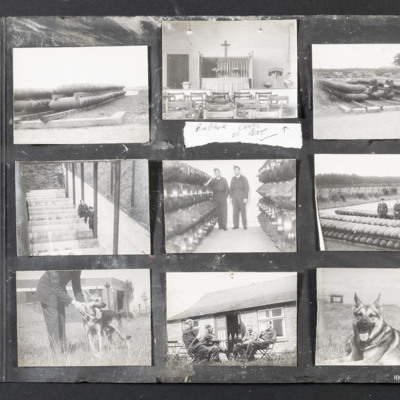 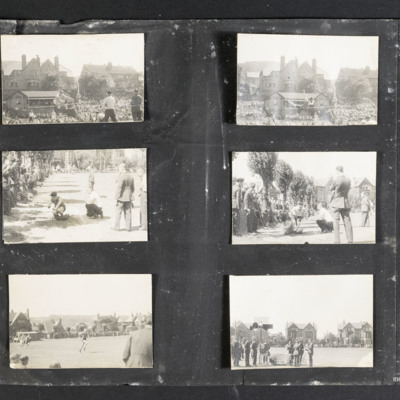 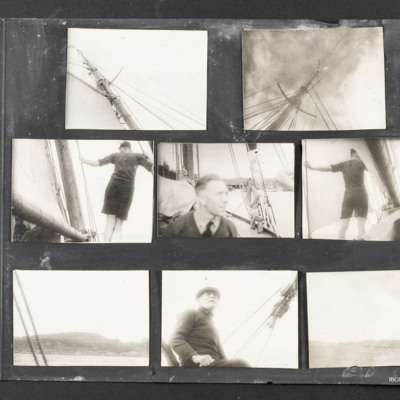 Photographs 1 and 2 are views of the mast of a gaff rigged vessel.
Photograph 3 and 5 are a man in shorts standing by the boom and holding onto the rigging.
Photograph 4 is a man seated on the vessel not far from the shore.
Photograph 6 and 8 are… 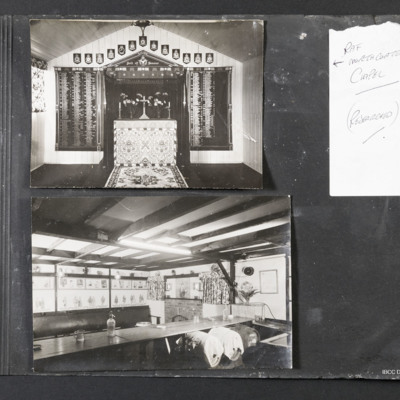 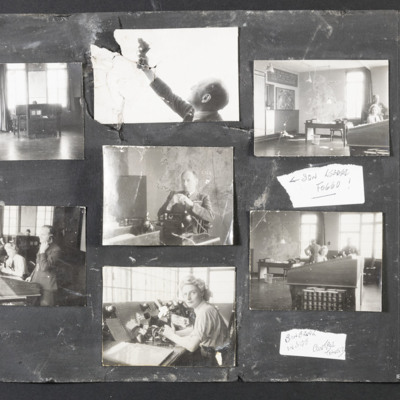 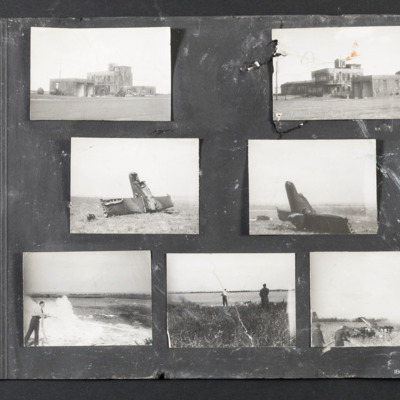 Photograph 1 and 2 are of a control tower. On the roof is '04'.
Photograph 3 and 4 are of the remains of crashed aircraft.
Photograph 5 is of a man in a shirt and tie with a hose laying out foam from a hose.
Photograph 6 is of the same man being… 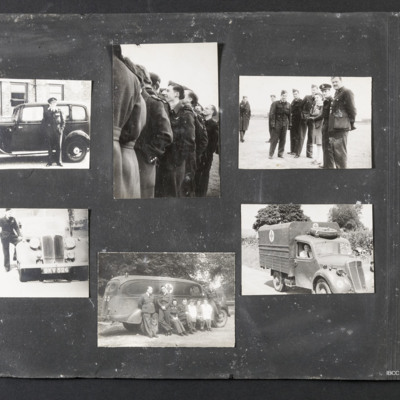 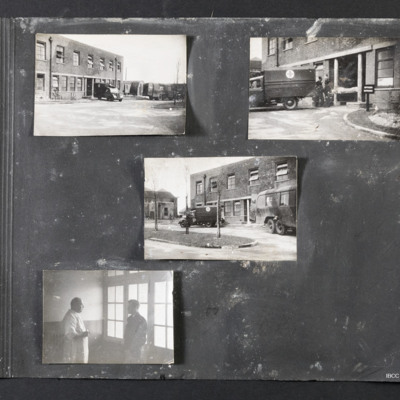 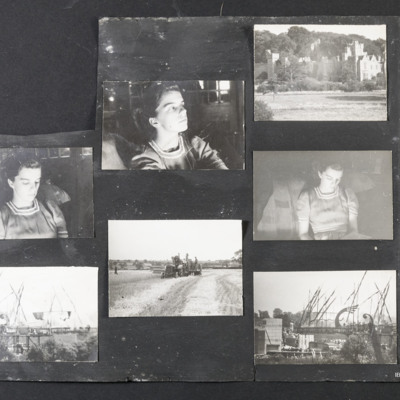 Photograph 1, 3 and 4 are head and shoulders portraits of a woman.
Photograph 2 is of a stately home.
Photograph 5 and 7 are of Viking ships and spectators.
Photograph 6 is a tractor and harvester in a field. 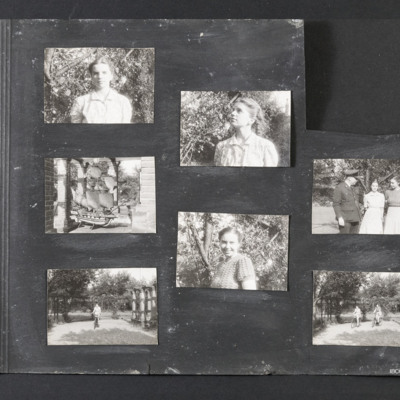 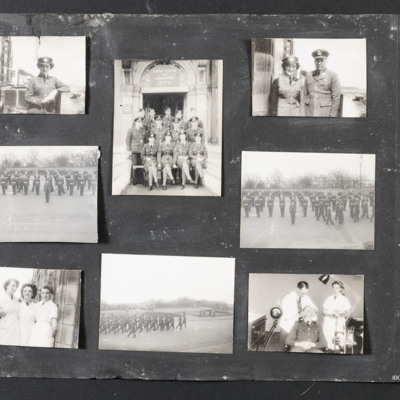 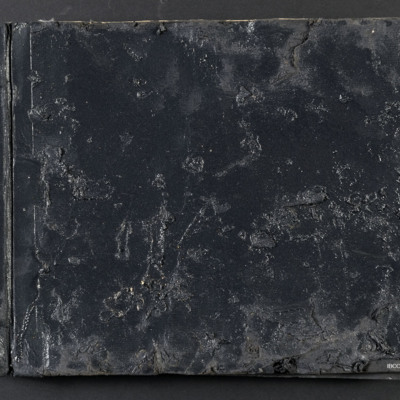