11 items. An oral history interview with Alexander McPherson Lamb (b. 1925, 1827673 Royal Air Force), his decorations, album and photographs. He flew operations as an air gunner with 15 Squadron.
The collection has been loaned to the IBCC Digital Archive for digitisation by Alexander Lamb and catalogued by Barry Hunter. 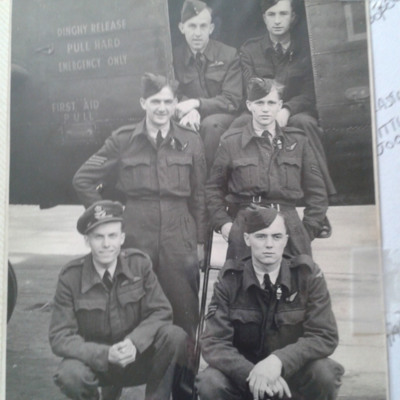 Six airmen including Alexander Lamb grouped at the boarding hatch of a Lancaster. Annotated with 'navigator on leave'. 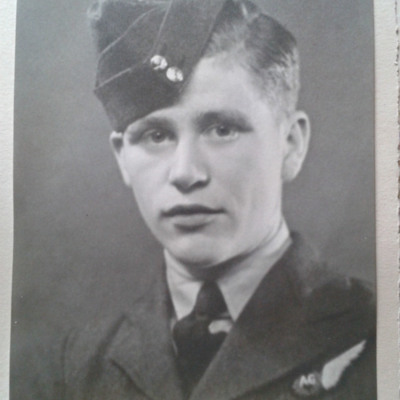 Head and shoulders portrait of Alexander Lamb in uniform. His air gunner brevet is visible. 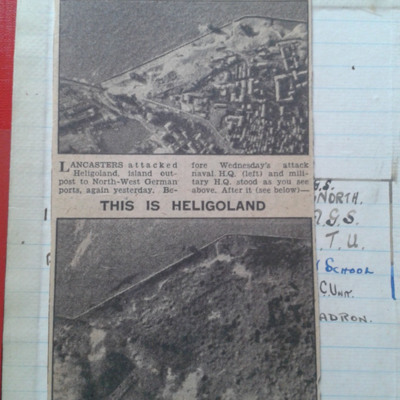 A newspaper cutting showing Heligoland before and after it was bombed by Lancasters. 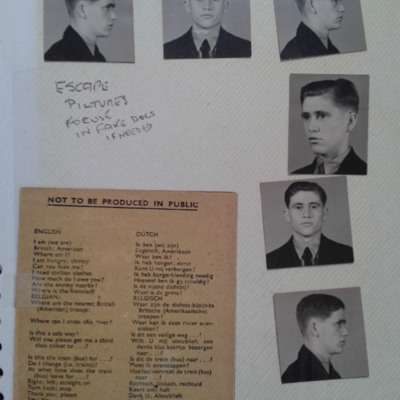 Six head and shoulders portraits of Alexander Lamb and a page of English-Dutch phrases. They are captioned 'Escape pictures for use in fake docs if needed'. 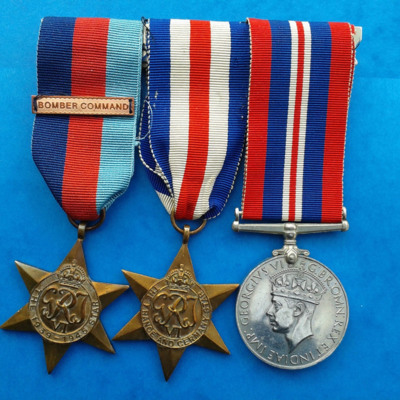 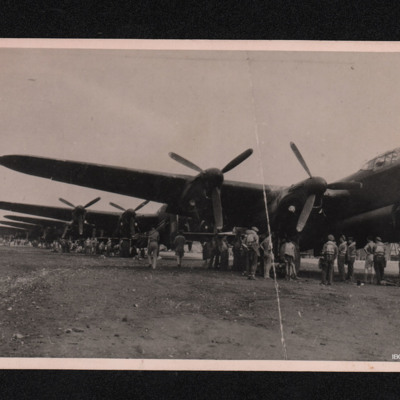 Several Lancasters lined up on the ground. There are many men on the ground waiting to be loaded on, annotated 'Pomigliano D'Arco Trooping Brining [sic] Soldiers home. August 46'. (nb.. looks like part of Operation Dodge so could possibly be date… 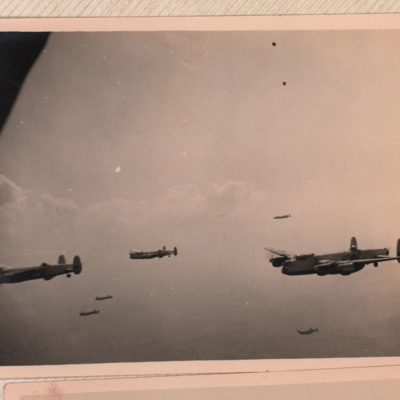 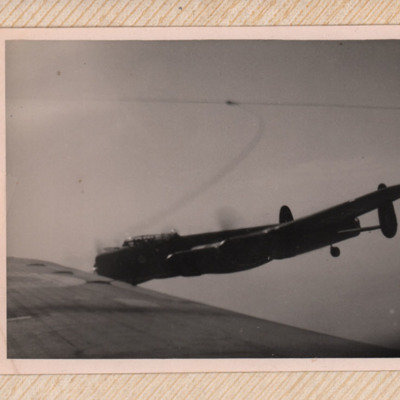 An air-to-air side view of a Lancaster, annotated 'Formation Flying'.

Alexander Lamb and his crew 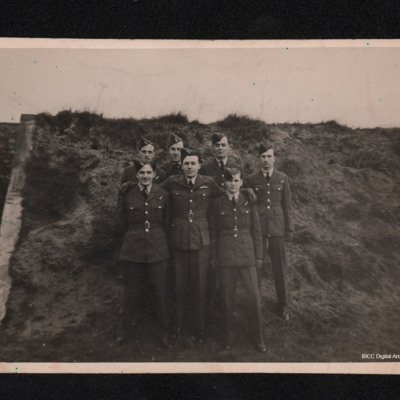 Six airmen on a Lancaster 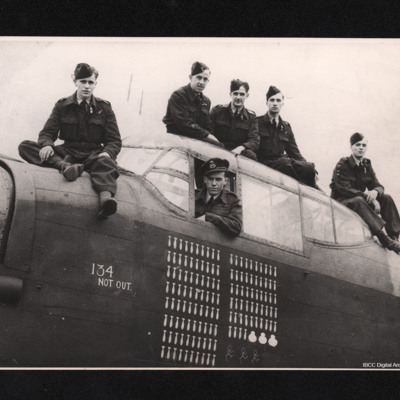 Five airmen sitting on the top of a Lancaster with a sixth sitting in the cockpit. 134 operations are marked on the nose and '134 Not Out'. Lancaster LS-J.
A second copy is annotated 'Rear Gunner Skipper F/Eng Midgunner B/Aimer W/Op Nav on leave'.

Six airmen sitting on a Lancaster 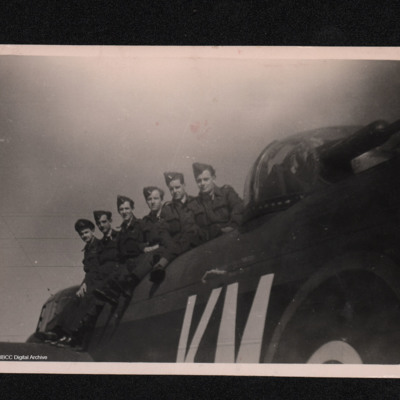 Six airmen seated between the cockpit and the mid-upper turret. On the reverse 'The Boys XV Gunnery
2Doc" Watson
"Ang"
Ernie Murwald
Tich Collier (WOP) How did he get in there?
Jimmy Palmer
Johnny Weston'. 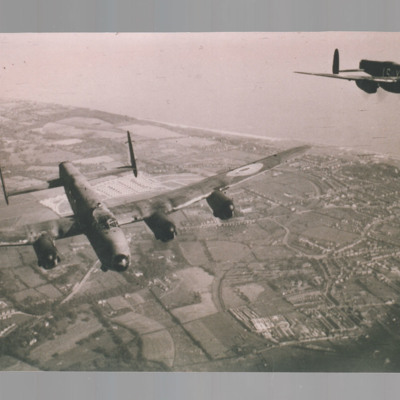 an air-to-air view of two Lancasters in formation taken from the rear turret of a third. Both have fared over front turrets and no mid upper turrets. They are over Lowestoft on the Suffolk coast. White prefabs on the Gunton estate and Eastern Coach…

Lancaster in the air 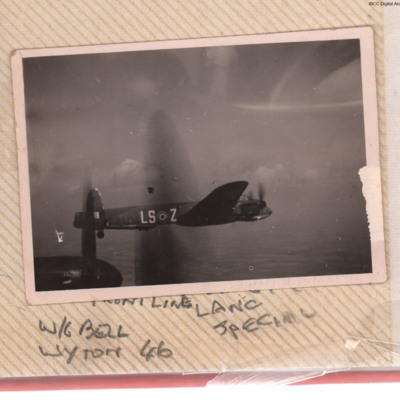 An air-to-air side view of Lancaster LS-Z taken from another in formation, annotated 'Front Line Lanc Special W/C Bell Wyton 46'. 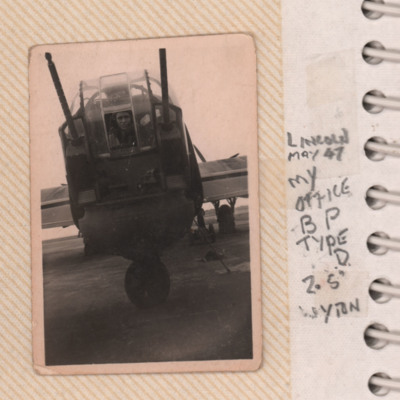 Alexander in the rear turret of a Lincoln, annotated 'Lincoln May 47 My Office BP Type D 2.5" Wyton'. 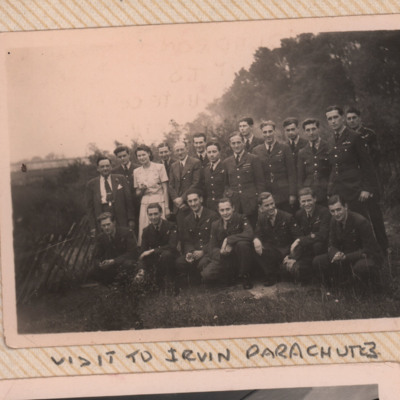 A group of 18 airmen and a two civilian men and one woman, arranged in three rows at the edge of a wood, annotated 'Visit to Irvin parachutes'. 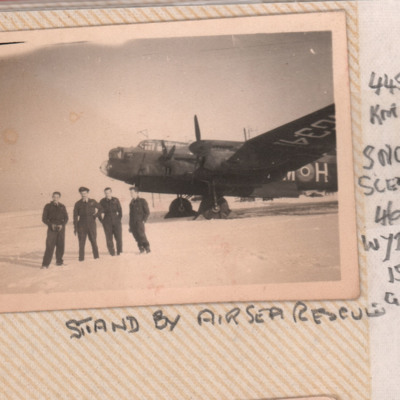 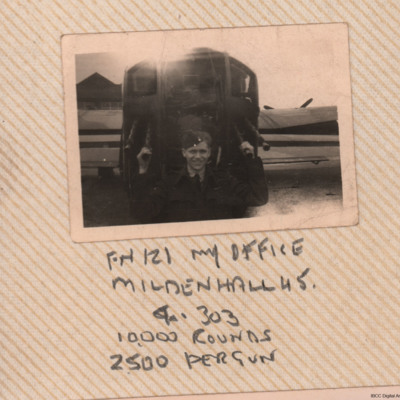 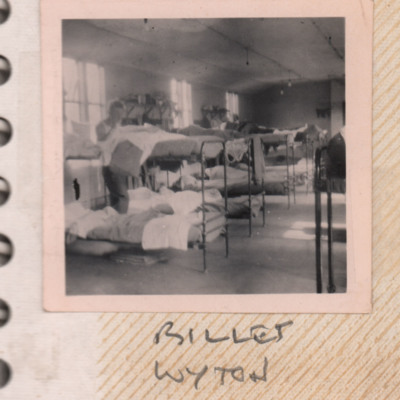 A row of bunk beds, some occupied, captioned 'Billets Wyton'. 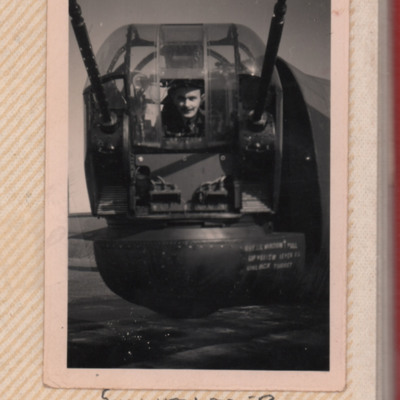 Rear turret with a gunner inside, annotated 'Gunner Leader 15 Sqdn'. 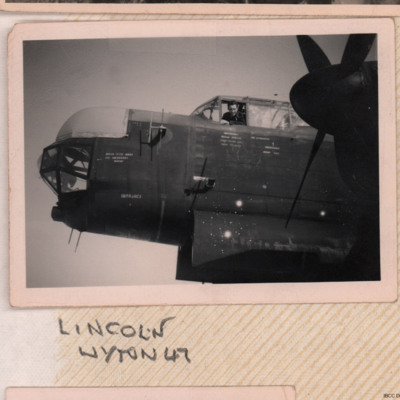 An airman leaning out of the cockpit of a Lincoln aircraft, annotated 'Lincoln Wyton 47'. 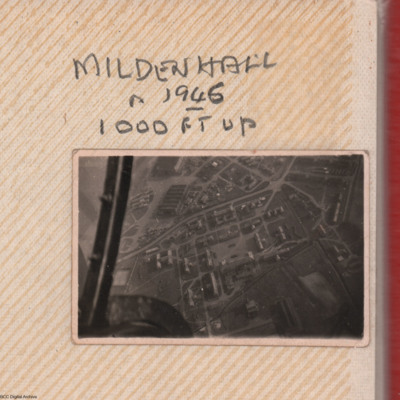 An oblique aerial photograph of RAF Mildenhall showing two hangars and numerous building in the north-west section of the airfield. Annotated 'Mildenhall in 1946 1000 ft up'.

Additional information kindly provided by Andrew Gordon and and Tommy… 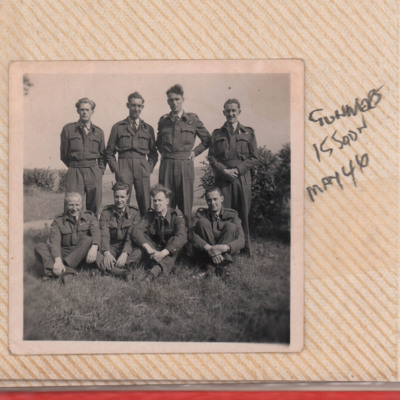 Four airmen sitting on grass with four standing behind, annotated 'Gunners 15 Sqdn May 46'. 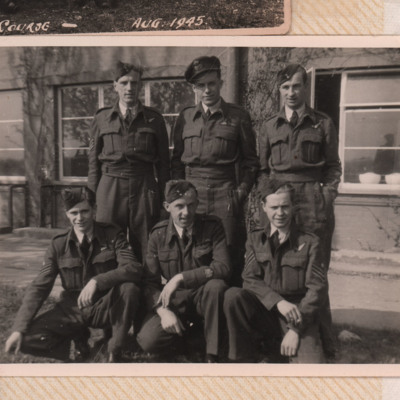 Six airmen arranged in two rows in front of a large building. One photograph has been annotated 'Mildenhall 46 Alf Jack Cooper Self Bob Freddie'. 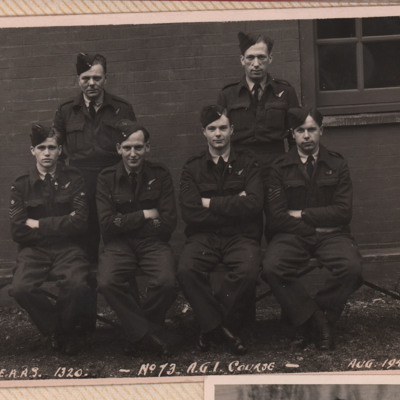