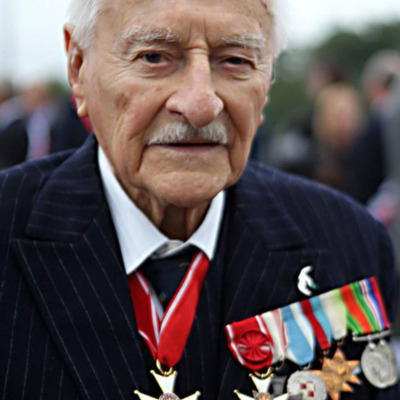 Andrezej Jerziorski's wartime memories. Andrezej Jerziorski was born in Poland but after he and his father were evacuated from France, he managed to join the RAF and flew in Coastal Command during the war, stationed as far apart as Scotland and… 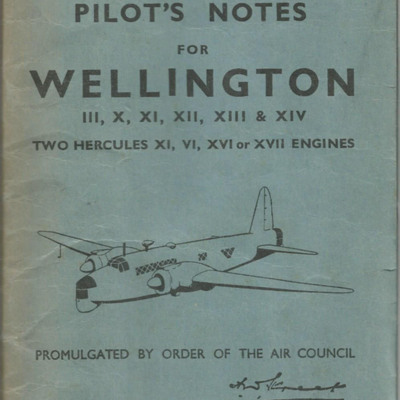 The front cover of a booklet with pilot's notes.

Seven Ground Crew and a Wellington Seven ground crew working on a Wellington. A bomb with a message in Polish is about to be loaded. The image is captioned 'Saint Jean de Luz'. 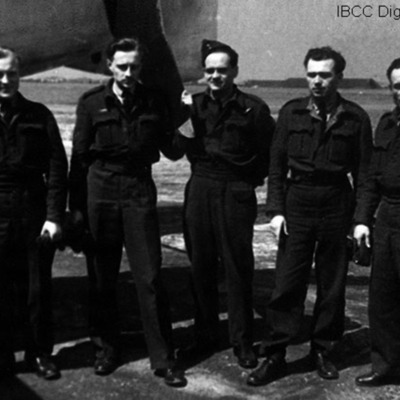 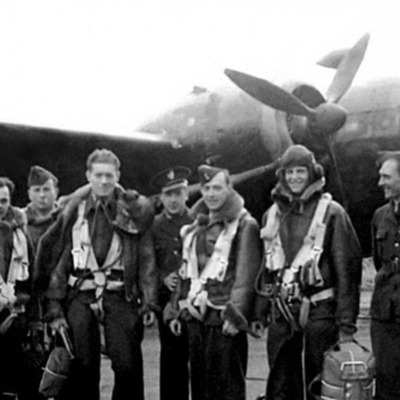 Andrezej and nine crew in front of a Wellington. Information supplied with the collection suggests he was 18 when the photograph was taken. The Wellington has a Polish red and white squared marking on the nose.
View all 5 items