Lancasters and a Lincoln 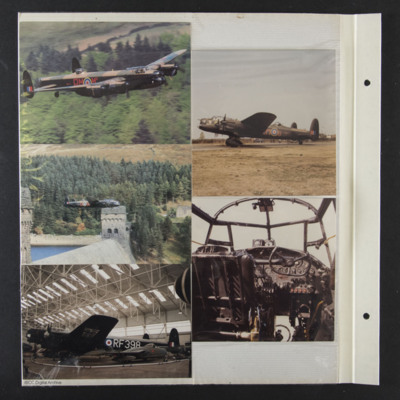 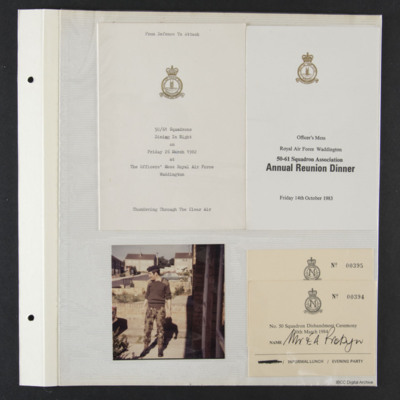 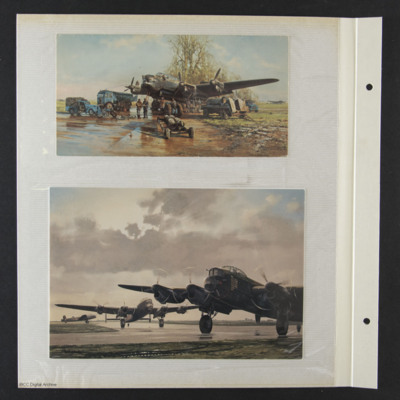 Two paintings of a Lancaster from an album. In the first, by David Shepherd, the Lancaster is being readied for an operation with bombs being loaded and a fuelling truck waiting. In the second three Lancasters are taxying for take off. 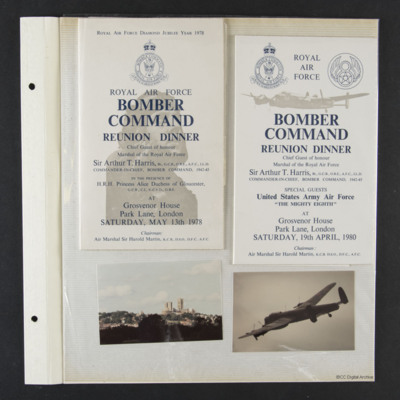 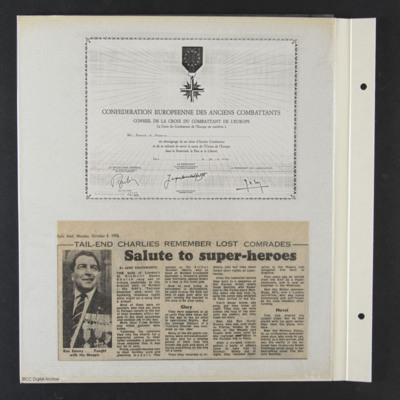 A certificate awarded to Ernest from the Confederation Europeenne des Anciens Combattants.
A newspaper article about tail-end charlies and a service held at St Clement's Dane church. 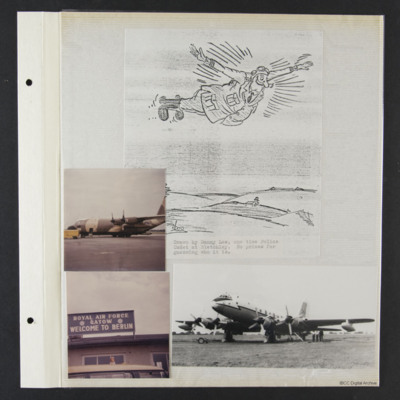 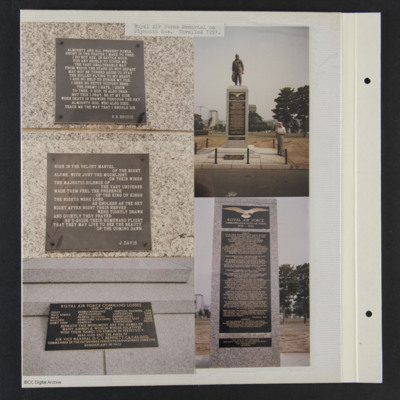 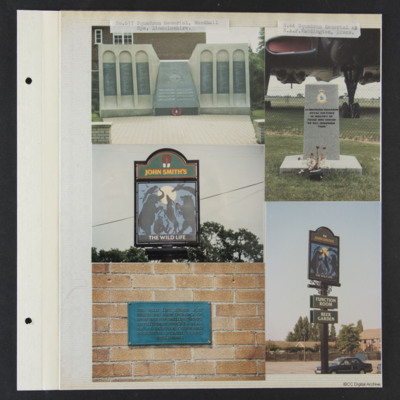 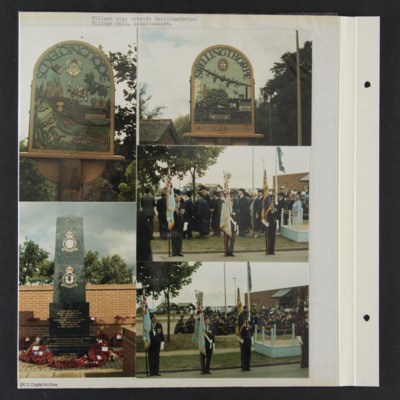 15 photographs taken during the unveiling of the memorial.
#1 and 2 are of the village sign outside the Skellingthorpe Village Hall.
#3 is a view of the memorial with the wreaths left at the ceremony.
#4 and 5 are the standards and attendees at…

A Day to Remember 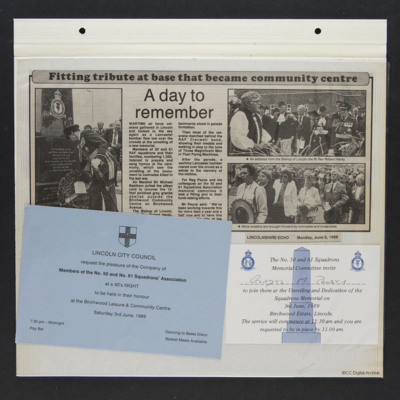 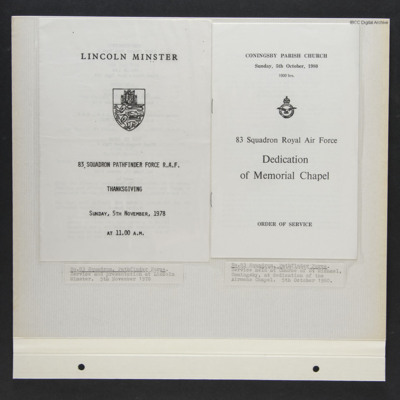 Two 83 Squadron Events.
The first is a Thanksgiving at Lincoln Minster and the second is a Dedication at Coningsby.

Presentation of the Squadron Standards, Waddington 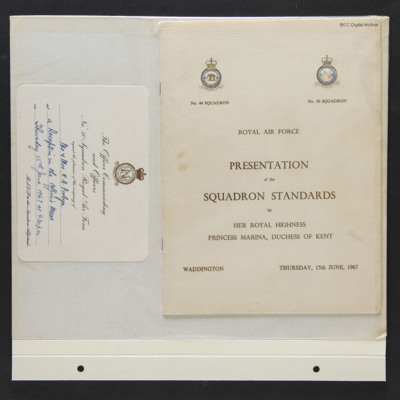 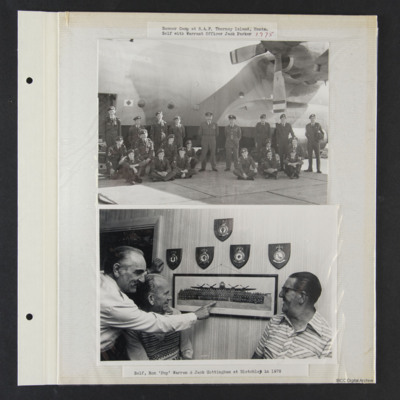 Two photographs from an album.
Photo 1 is a group of air cadets under the port side of a Hercules, captioned 'Summer Camp at RAF Thorney Island, Hants. Self with Warrant Officer Jack Parker 1975'.
Photo 2 is Ernest and two civilians. Ernest is… 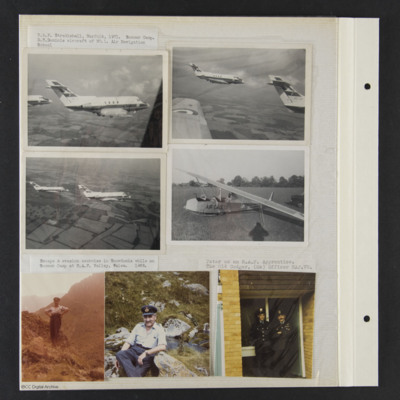 Seven photographs from an album.
Photos 1, 2 and 3 are air to air photographs of two Dominies, captioned 'RAF Stradishall, Norfolk, 1971. Summer Camp. Dominie aircraft of No 1 Air Navigation School'.
Photo 4 is a Slingsby Cadet glider of the Air… 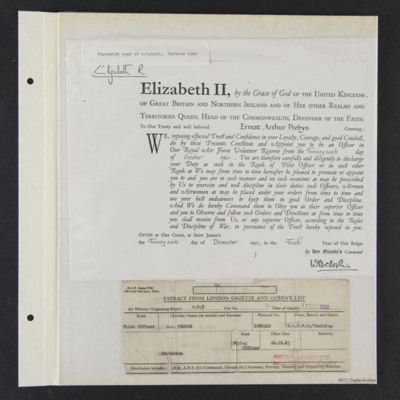 Two documents, the first captioned 'Photostat copy of original. Reduced size', appoints Ernest as a Pilot Officer in the Volunteer Reserve and originates from Elizabeth II. The second is an extract from the London Gazette and Queen's List and is a… 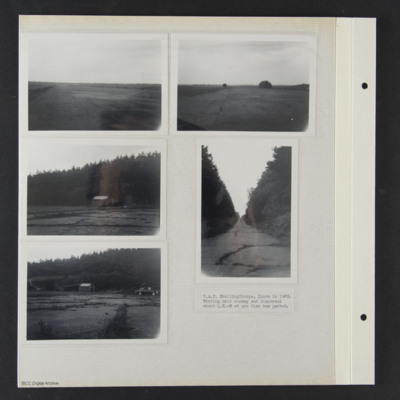 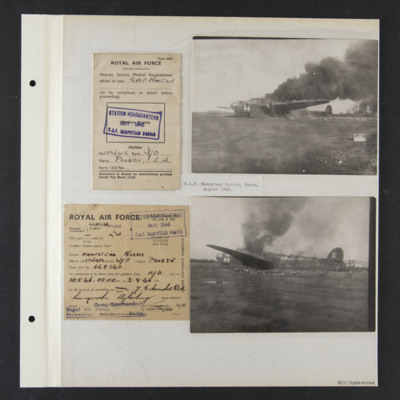 Two photographs of a burning Albemarle with '44' on the nose. They are captioned 'RAF Hampstead Norris, Berks. August 1946.
There are two leave passes from Hampstead Norris for Ernest Probyn. 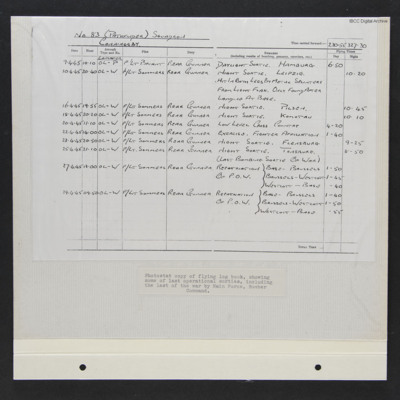 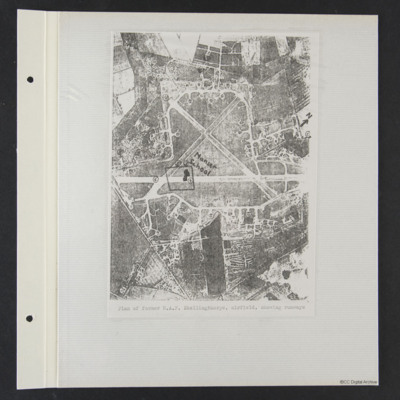 A vertical aerial photograph of the airfield with annotated north, numbers 1 to 13, Manser School and a rough square. It is captioned 'Plan of former RAF Skellingthorpe airfield, showing runways'. 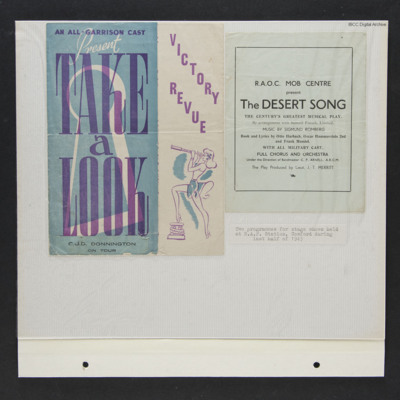 Two programmes, the first for 'Take a Look' a victory revue and the second for 'The Desert Song', a musical. They are captioned 'Two programmes for stage shows held at RAF Station Cosford during last half of 1945'. 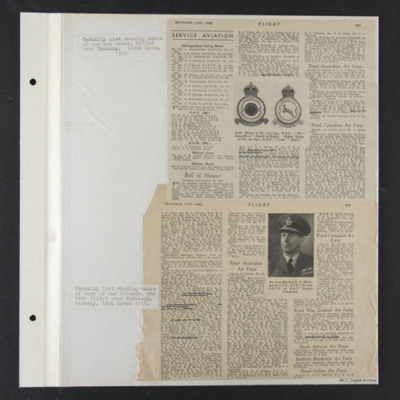 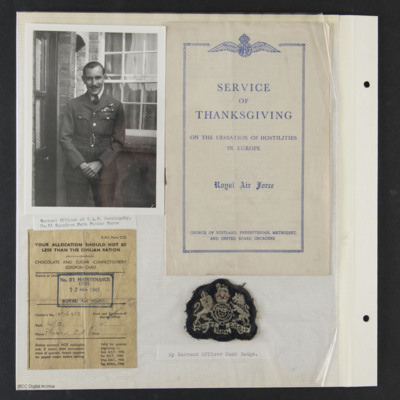 Four items from an album.
Item 1 is a three quarter length portrait of Ernes, captioned 'Warrant Officer at RAF Coningsby, No 83 Path Finder Force'.
Item 2 is an RAF ration card.
Item 3 is a pamphlet for a Service of Thanksgiving on the cessation… 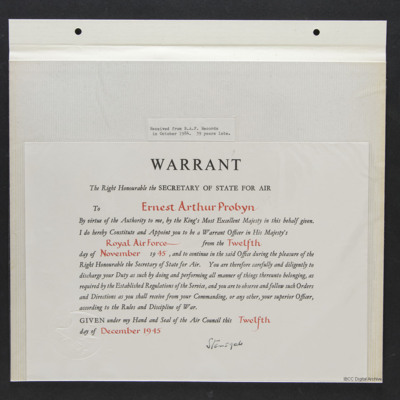 A warrant appointing Ernest as a Warrant Officer. It is captioned 'Received from RAF Records in October 1984, 39 years late'. 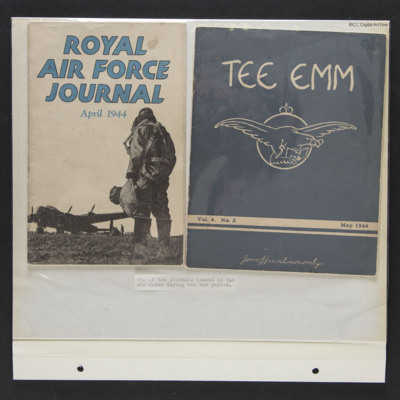 Two covers of two different journals published by the RAF in 1944. 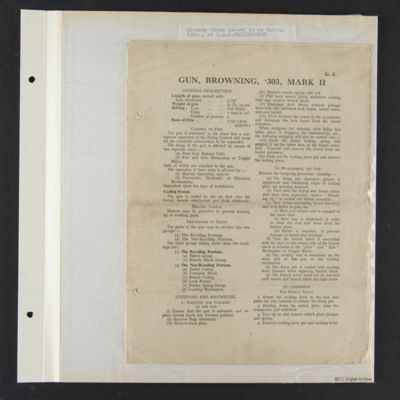 Gunnery notes issued to Ernest in 1943 at RAF Bridgnorth.
View all 42 items