31 items. Collection concerns Harold Yeoman (b. 1921 1059846 and 104405 Royal Air Force). He flew operations as a pilot with 12 Squadron. Collection contains an oral history interview, a memoir, pilot's flying log book, 26 poems, a photograph and details of trail of Malayan collaborator.
The collection has been donated to the IBCC Digital Archive by Christopher E. Potts and catalogued by Nigel Huckins. 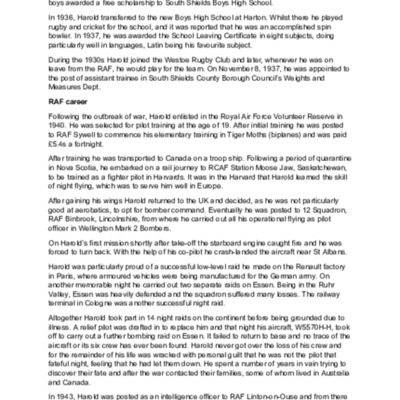 Covers education, playing rugby and RAF career. After training as pilot in England and Canada, posted to 12 Squadron at RAF Binbrook flying Wellington. Mentions some of his 14 night operations before he was medically grounded. Continues with postings… 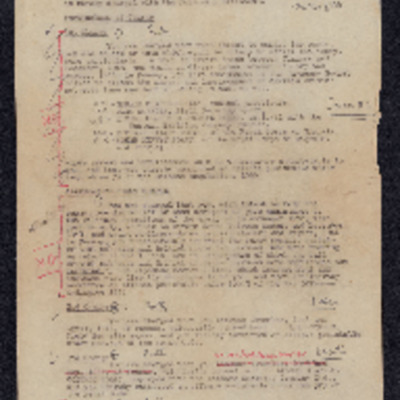 Starts with a poem and then a series of stories which together form the memoirs of Harold Yeoman, an officer who served in Bomber Command during the war, initially as a pilot on Wellingtons and then as an Intelligence Officer. He relates his…

Now it would seem a time 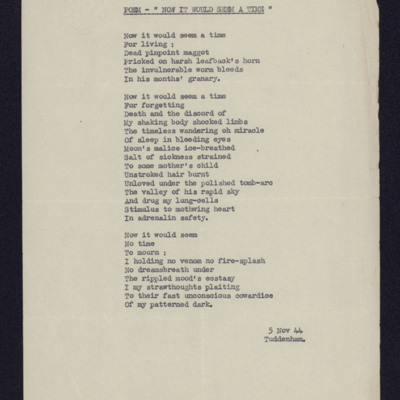 Three verse poem - a time for living, forgetting, and no time to mourn. 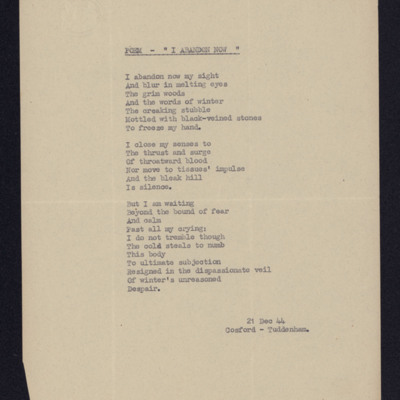 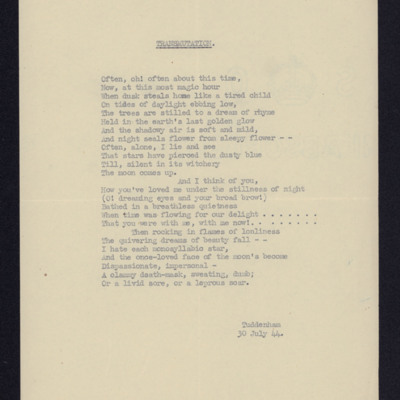 Poem abut thinking of loved one at the end of the day. 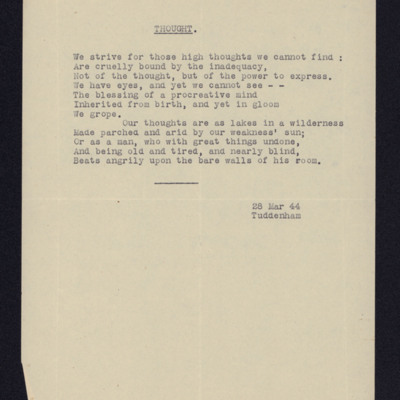 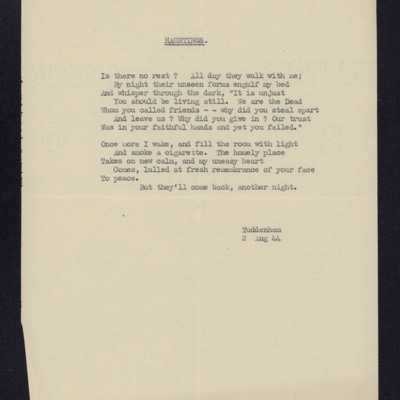 If I should ever die 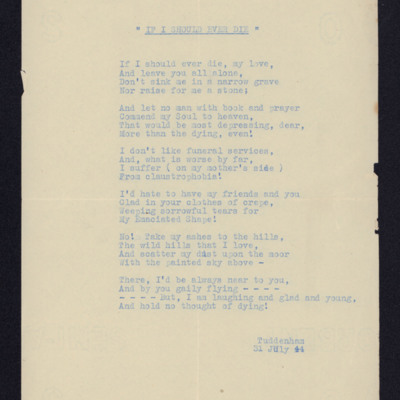 Six verse poem of instructions should he die. 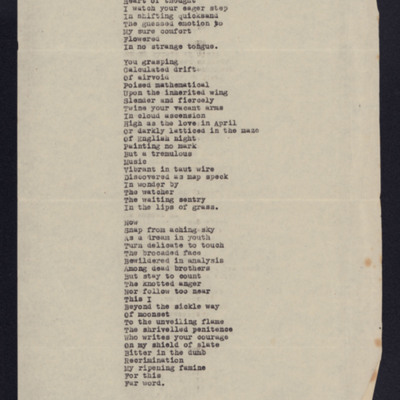 Three verse poem with a tribute to a friend. 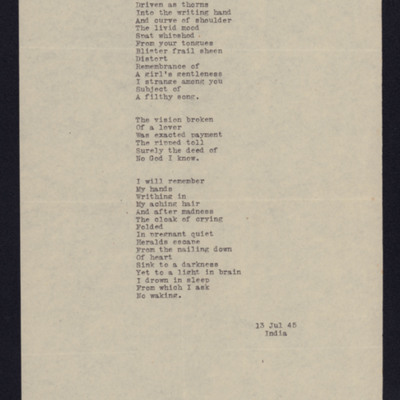 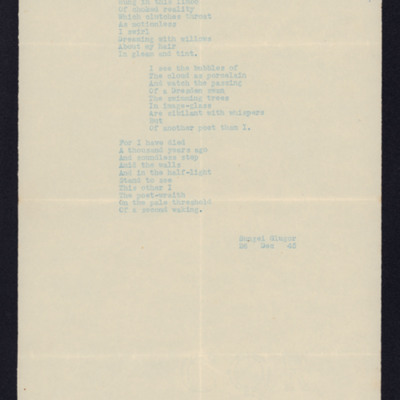 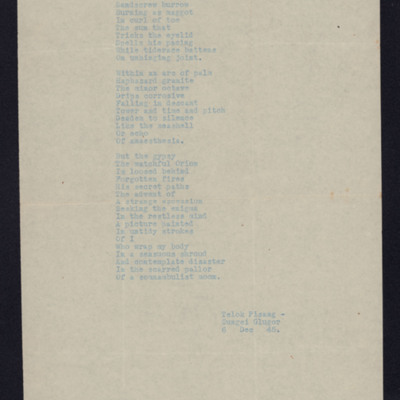 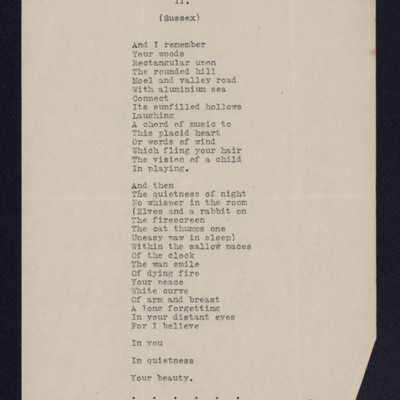 Poem of quietness I 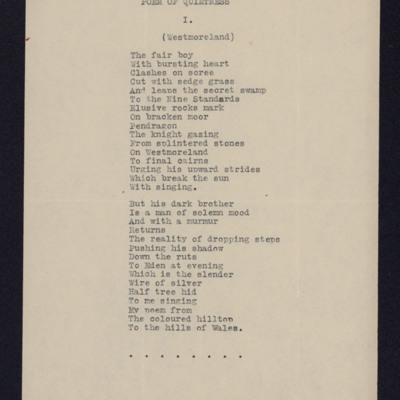 Two verse poem about the countryside in Westmorland and walking. 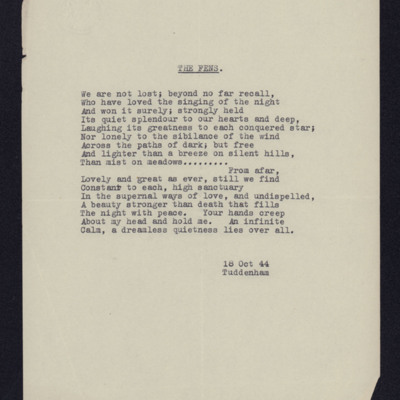 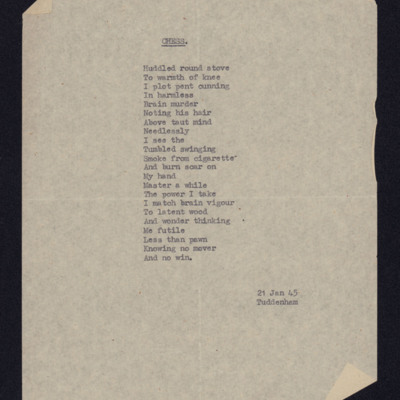 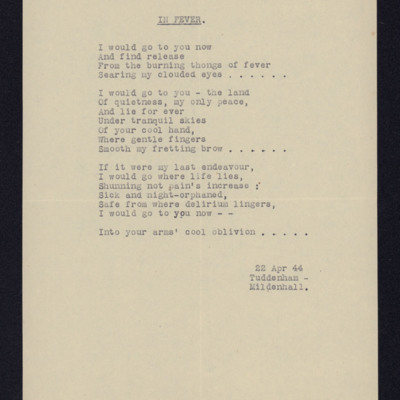 The fullness of living 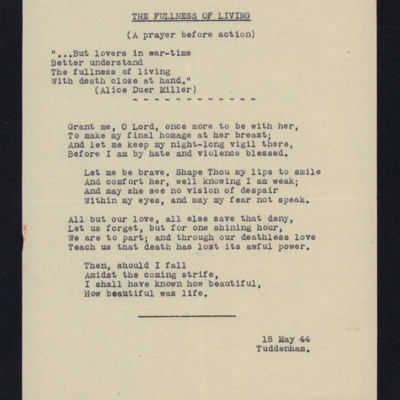 Sub titled (a prayer before action). Four verse poem about flying and death close at hand and how beautiful was life. 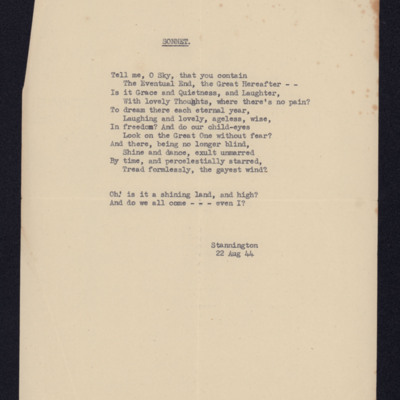 Poem about death and afterlife. 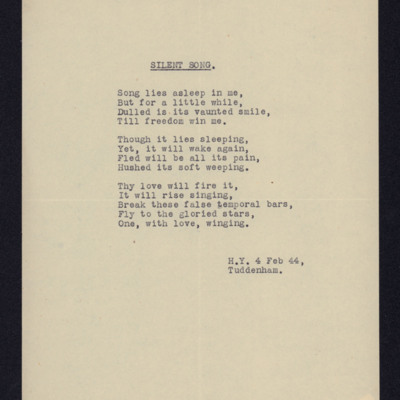 Three verse poem about song lying asleep in him but love would fire it.

Sonnet - to a dead poet 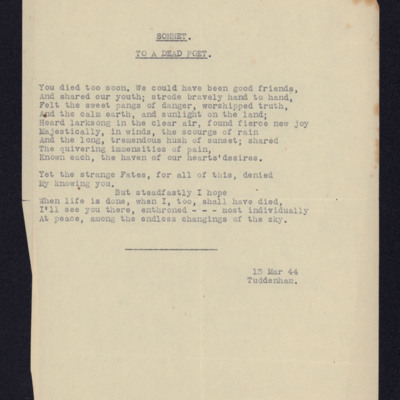 Poem about a friend who died too soon. 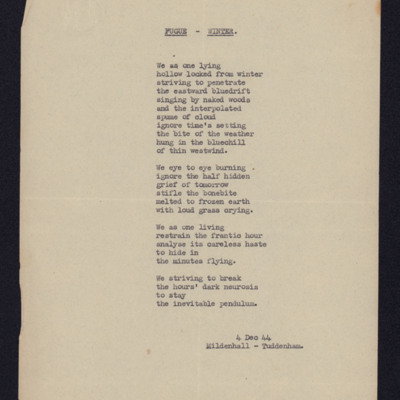 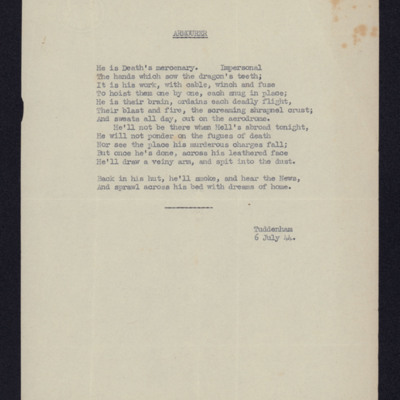 Poem about armourer loading bombs but would not be there when they were dropped.
View all 31 items