Seven items. The collection concerns Leading Aircraftsman Arthur George Standivan (1717552 Royal Air Force) and contains documents and photographs. He served as ground personnel with Second Tactical Air Force
The collection includes two photograph albums, one of his service in the UK and in France, the other concerns the liberation of Belsen.

The collection has been donated to the IBCC Digital Archive by Brenda Titchen and catalogued by Trevor Hardcastle. 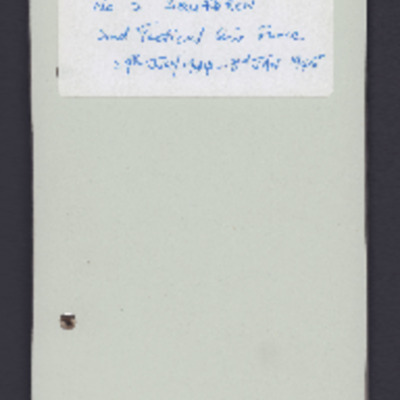 This is a diary covering No 2 Squadron, Aircraft Mobile Servicing part of the 2nd Tactical Air Force, recording their journey from the time they landed in France until they arrived in Holland in early 1945. 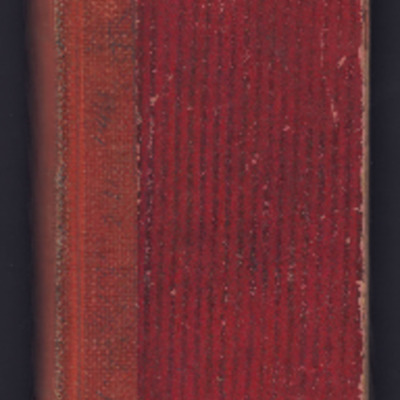 Notes were written and drawn by Arthur during his Armament Mechanics course at RAF Hereford. 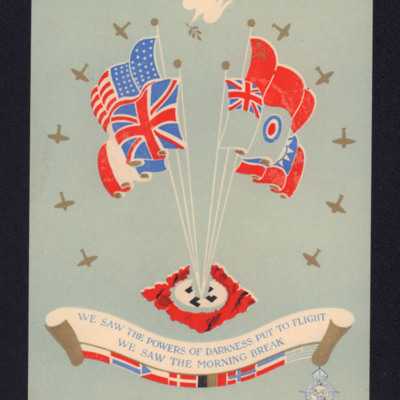 Card with drawing showing the allied flags defeating Germany, a scroll at the bottom with an inscription celebrating the victory.
On the reverse a short summary of the 2nd TAF history, and a message from the AOC in C 2nd TAF Air Marshall Coningham. 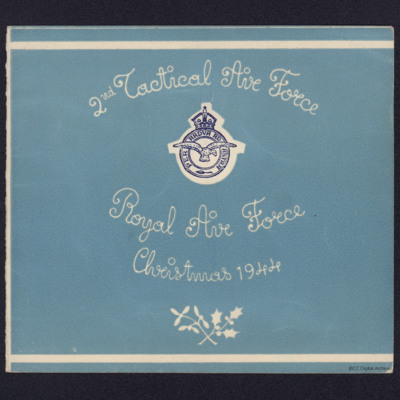 Christmas card produced by 2nd TAF Welfare. Front of the card is coloured pale blue, has the R.AF crest, and in white writing it has 2nd Tactical Air Force, Royal Air Force, Christmas 1944 and a sprig of holly.
Inside is a colour drawing showing the… 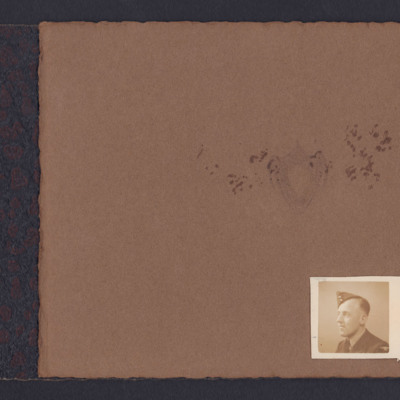 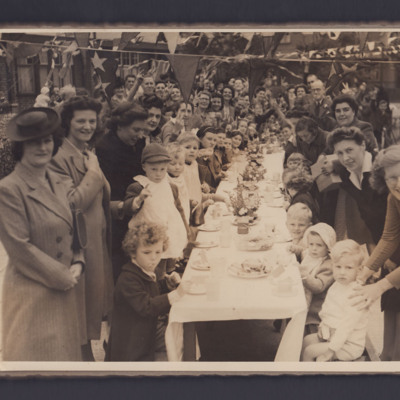 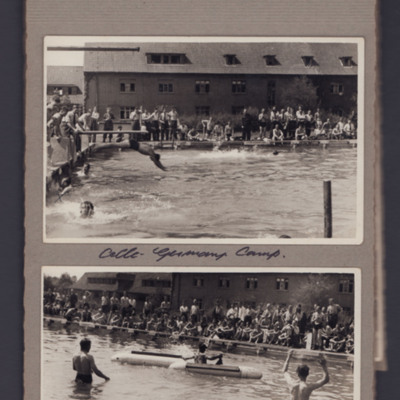 Two photographs showing activities arround the swimming pool at Celle. Arthur's Mobile Servicing Squadron was based there, base B 118 from June 1945. 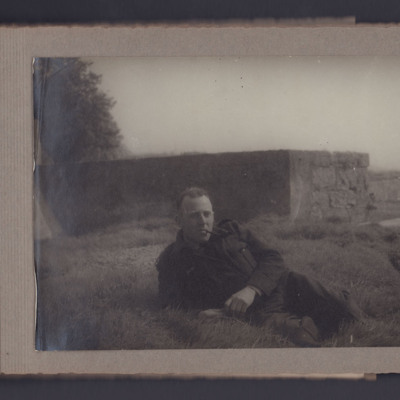 Informal photograph of Arthur reclining on a grass bank, pipe in hand. Low wall and trees in immediate background, stepped walls and terracing in background.

Arthur in Blackpool and France

Top: Arthur's basic training flight, posed in two ranks outside their civilian billets in Blackpool.
Bottom: Arthur with some of his fellow tradesmen in the Mobile Servicing Squadron somewhere in France, posed in three ranks on the steps to one of… 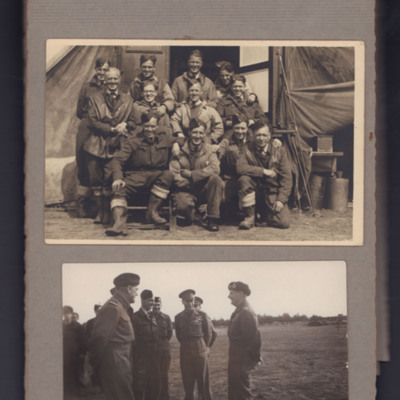 Top: a group of tradesmen sitting on the steps of one of their mobile offices/workshops.
Bottom: King George VI with a group of senior officers including General Montgomery. 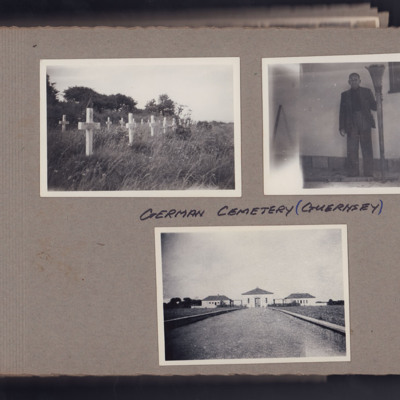 Top left: two rows of white crosses set in long grass.
Top right: an individual standing inside a building.
Bottom: a group of three white single story buildings in the distance, low walls either side of the road /track leading to the buildings.…

No2 Mobile Servicing Squadron in the field 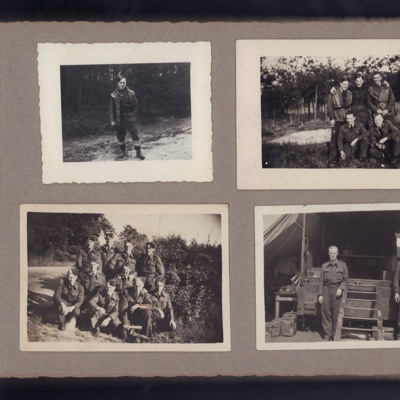 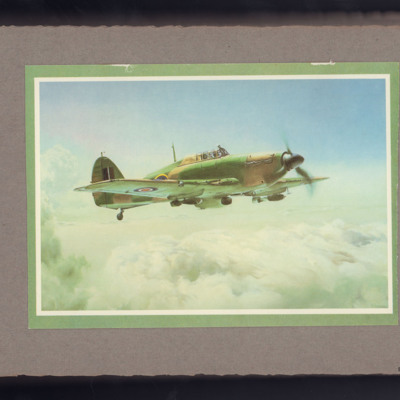 A small reproduction of a colour print of a Hurricane carrying bombs, it is in flight above clouds. 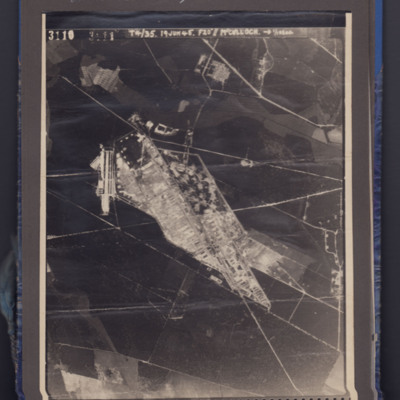 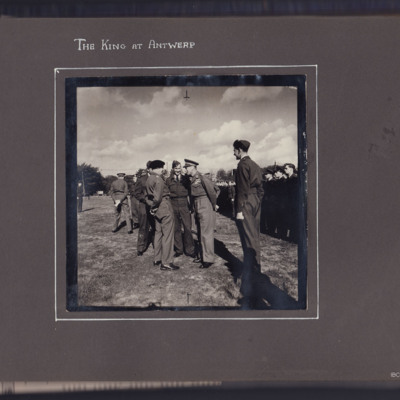 King George VI talking to senior officers, servicemen formed up on parade in background. Captioned 'The King at Antwerp'. A table showing the unit that Arthur Standivan served with, one of the Mobile Servicing teams, from when they landed in Normandy, until the end of the war in Europe. 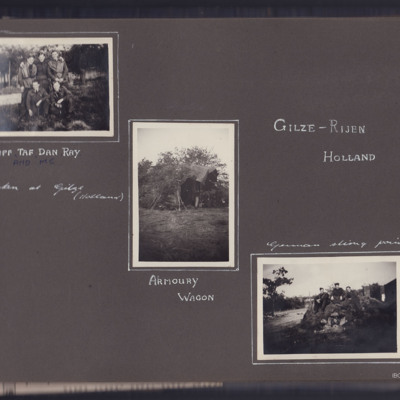 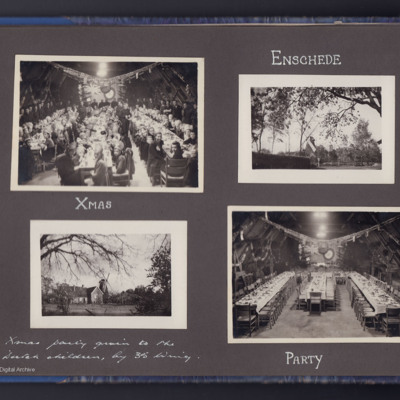 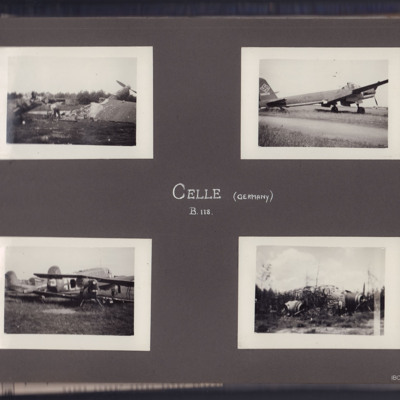 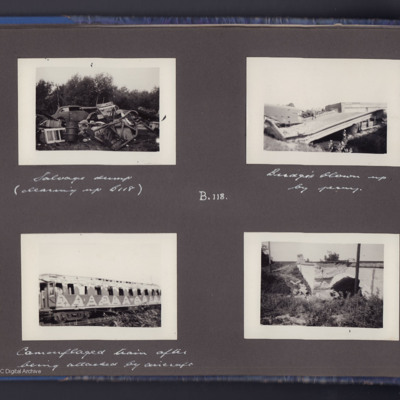 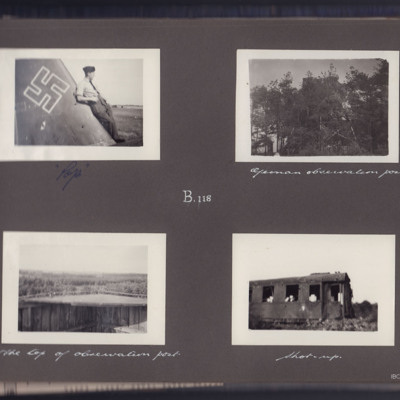 Four photographs, one of a serviceman leaning against a large aircraft part with swastika, captioned 'Pop'.
Second is of a structure built within trees, captioned 'German observation post'.
Third is of a flat wooden platform overlooking trees,… 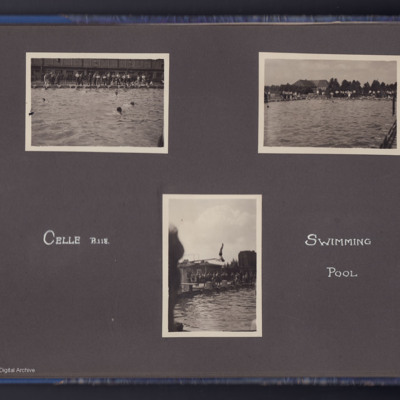 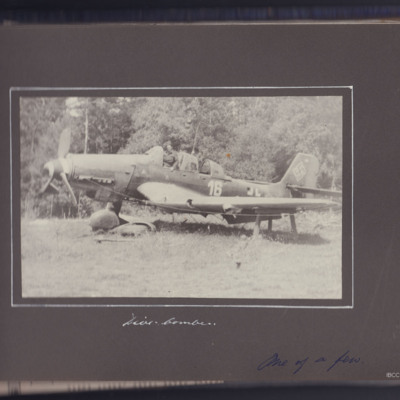 Aircraft is missing left undercarriage and is propped up on pieces of wood. Serviceman in the cockpit.
Captioned 'Dive - Bomber added later One of a few'.
View all 58 items