272 items. The collection concerns Edward Colston Stewart DFC (b. 1916, 87436 Royal Air Force) and his wife, Flight Officer Ann Marie Stewart (nee Imming, b. 1922, 5215 Royal Air Force). It contains his log books, documents, bank notes and photographs. He flew 50 operations as a pilot with 1446 Ferry Flight and 104 Squadron. After the war they served in the Far East.

The collection has been donated to the IBCC Digital Archive by Paula Cooper and catalogued by Barry Hunter. 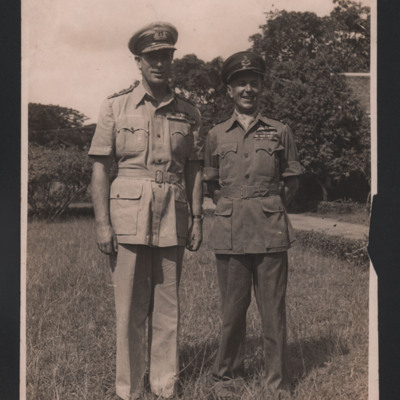 A senior naval officer and an RAF air-vice marshall. On the reverse 'Pilot and ?? 1940's'. 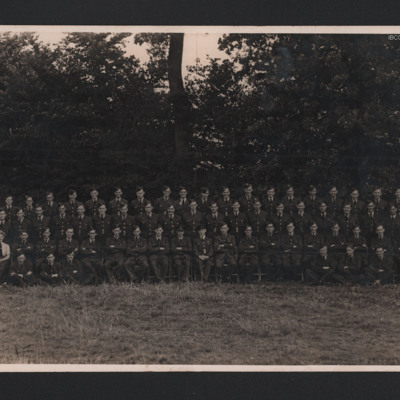 A large group of airmen and one WAAF arranged formally in three rows. On the reverse each individual is named. The photographer's stamp reads 'Colin Ross. 7 Ickenham Road Ruislip. Middlesex'.

A group of women arranged in three rows. Each woman is named underneath. A/S/O Imming is underlined and handwritten beside it is 'my mother'. Annotated on the front is 'My love to 55 CF Seabrook Fl/Off' and [indecipherable] 'July 7 - Aug 4th 1942'. 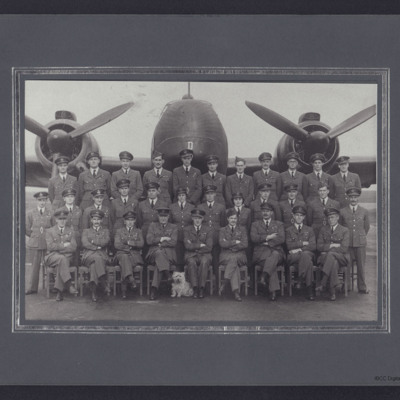 Three rows of 30 airmen, two WAAFs and a dog arranged formally in front of a Wellington. 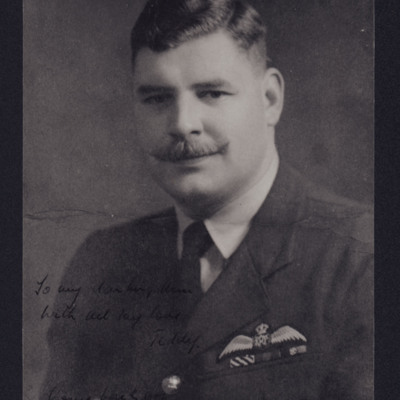 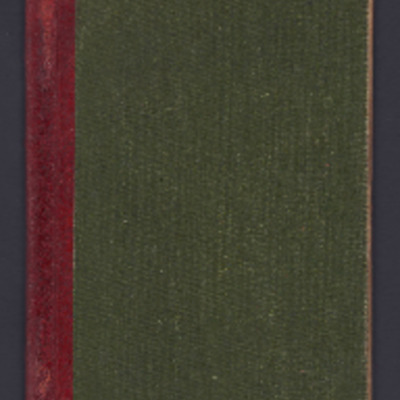 A diary kept by LC Pipkin and subtitled Bomber Command, London. It records his time after baling out of aircraft after a fighter attack. He managed to evade capture and reached Spain. 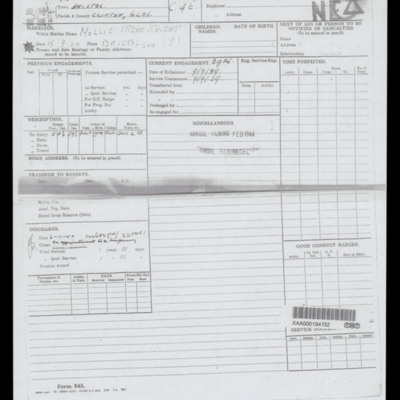 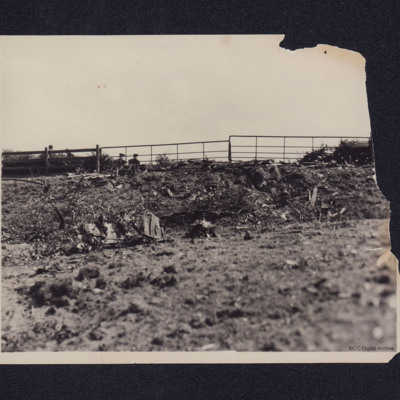 An embankment covered with debris. Four men are in the background behind a temporary fence. On the reverse is 'Neg. 400' and stamped 'Royal Air Force Official Crown Copyright Reserved No AONS Date 27.8.44'. 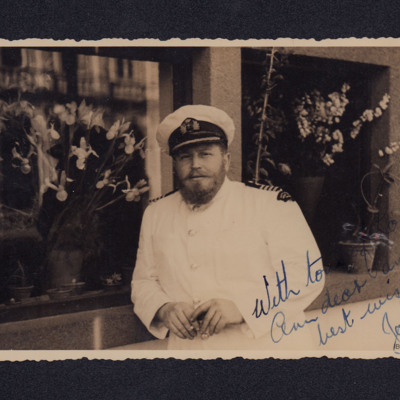 A half length portrait of a naval captain. On the front is handwritten 'With tons of Love Ann dear and best wishes John'. 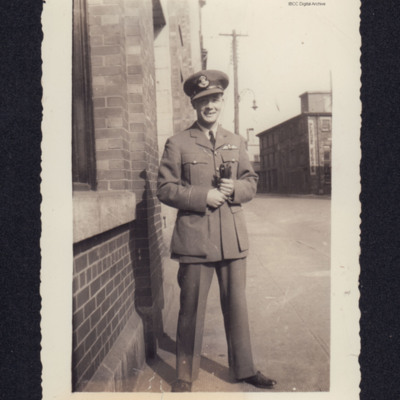 A pilot standing outside a brick building. He is holding a pair of gloves. Behind is a sign with 'Bluenose Beverages'. On the reverse is handwritten 'Flying Officer Sanderson'. 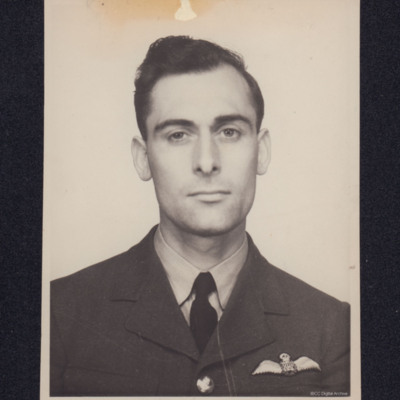 A head and shoulders portrait of a pilot. On the reverse is handwritten 'Flying Officer Thompson - RAF killed flying accident RAF Wymeswold 1944' and stamped 'AM Crown Copyright Reserved'. 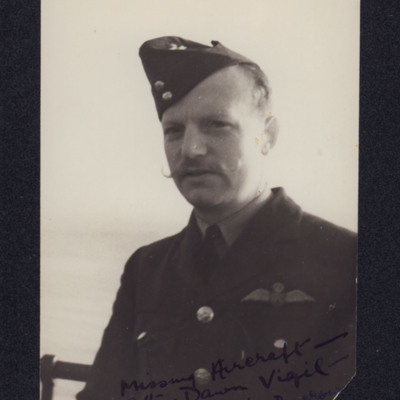 A half length portrait of a pilot. On the front is handwritten 'Missing Aircraft - After Dawn Vigil - w/cdr Burrows'. 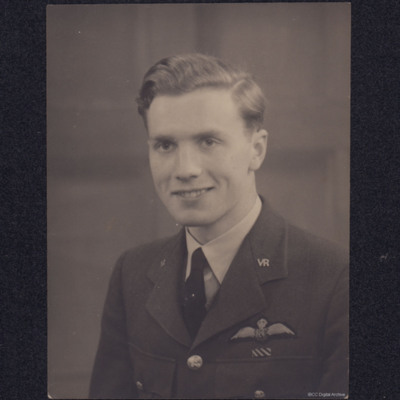 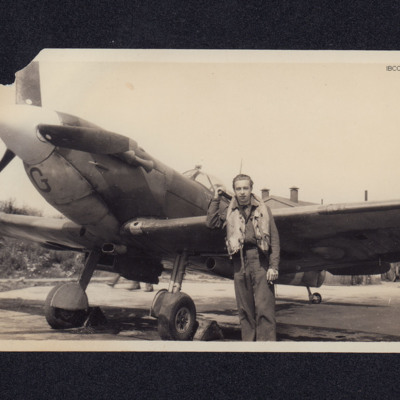 A pilot standing by the front of his Spitfire, 'G'.

Five photographs on a card with a man, his wife, their hanging and skulls and bones. The text reads '(Butcher) Aboudy ibn Fethy Tchawoush & his wife. Sentenced to death and hanged in public For Slaughtering Children and selling their meat in the… 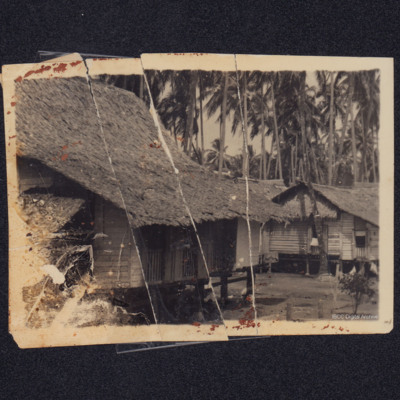 Several thatched huts in front of palm trees. The image has been cut up and repaired. 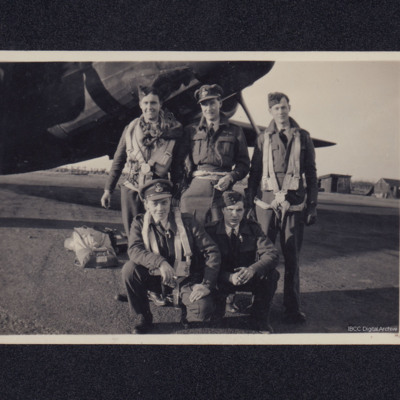 Five airmen in flying kit at the front of a Wellington. On the reverse 'F/Lt Reggie Bennington RAF Stn Eastmoor Yorks'. 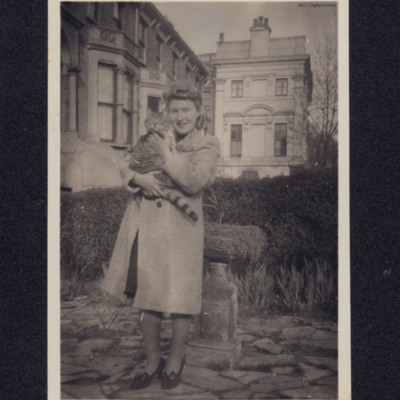 Five Airmen and a Crashed Wellington 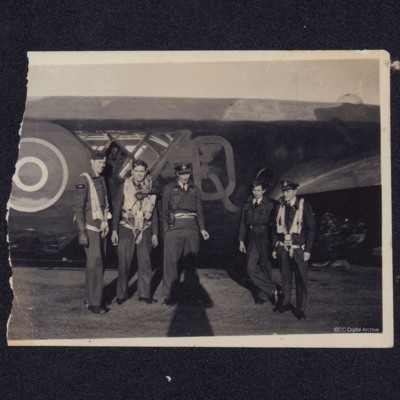 Five airmen standing beside a crashed Wellington with 'Q' on its side.

Two pilots and an army officer 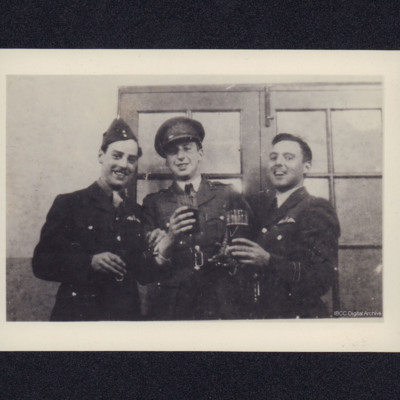 Two pilots and an army officer having a drink. On the reverse 'Just a Celebration! Another Victory Roll'.

Woman Seated on a Park Bench 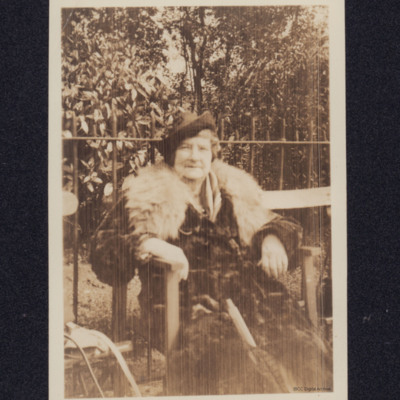 A woman in a long coat with a fur collar, sitting on a park bench. On the reverse is handwritten 'Hold tight' and 'May 30th 1939 Clissold Park. London England.' 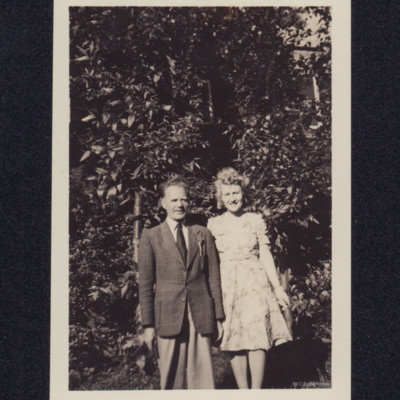 A man and woman standing in front of trees and bushes. 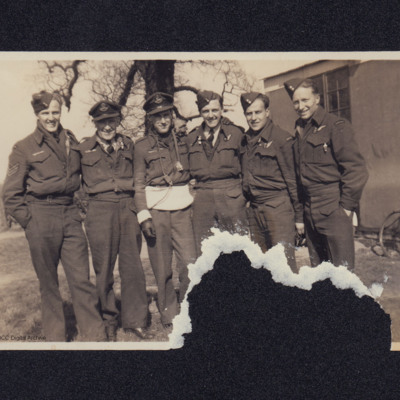