24 items.
The collection concerns Tadeusz Wier (b.1920) and contains his log books, memoirs, photographs and documents. He flew operations as a pilot with 300 Squadron.

The collection has been donated to the IBCC Digital Archive by Michael Wier-Wierzbowski and catalogued by Nigel Huckins.

Large group of men in front of a hangar 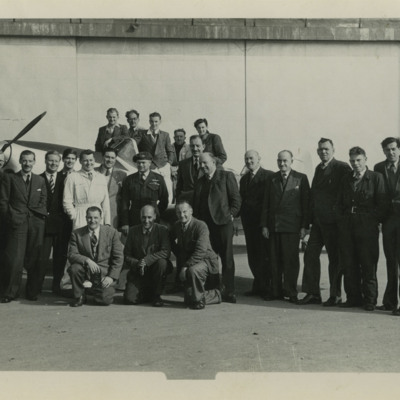 A large group of men mostly wearing civilian dress but two in overalls and one in the centre wearing battledress and beret. Three men kneeling in front, with most standing in line and five behind on top of a Chipmunk aircraft. In the background… 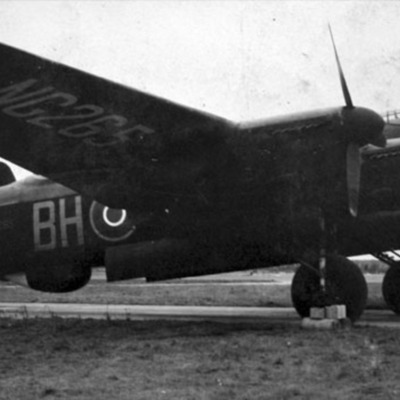 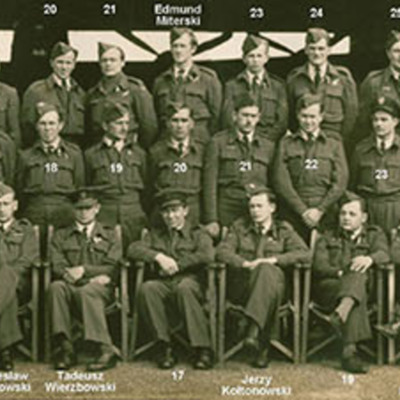 A large group of airmen wearing battledress and side of peaked caps sitting and standing in four rows in front of a Lancaster inside a hangar. Submitted with caption '300 Sqn Sept 1945'. T Wier is sitting centre of front row with his name captioned. 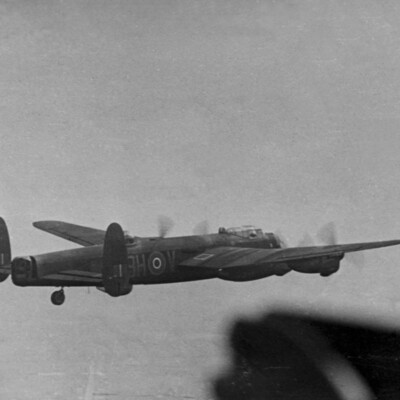 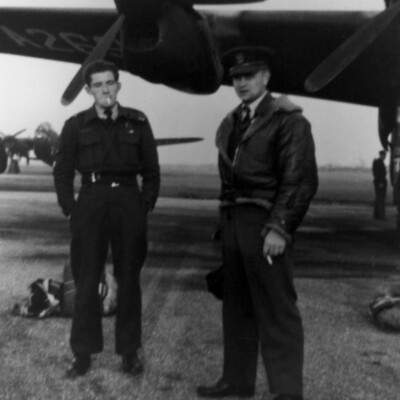 Two men one wearing battledress with hands in pockets and the other wearing flying jacket and peaked cap and holding a cigarette standing in front of the starboard wing of a Lancaster. Submitted with caption '009 - T. Wierzbowski - pilot i J.… 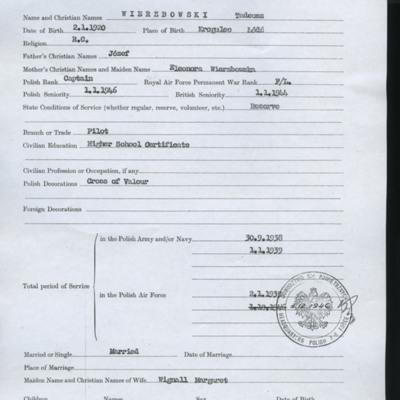 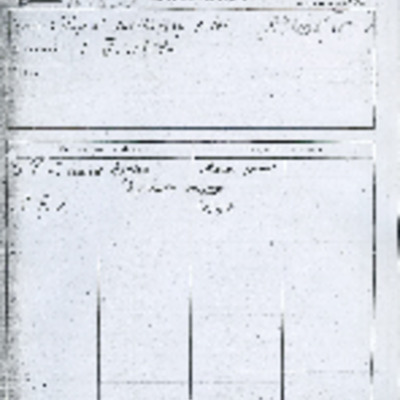 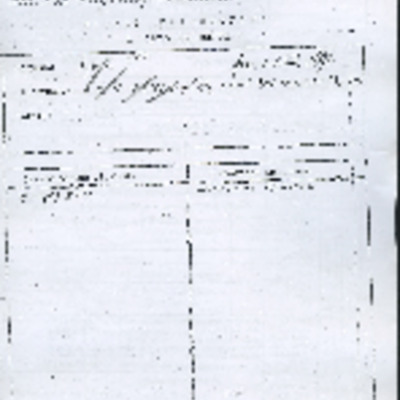 Describes log books. Mentions August 1943 accident leading to no entries for September 1943. Gained commission in RAF in 1948. Mentions flying first jet in November 1948 and two incidents while flying and that he had shortened his name from… 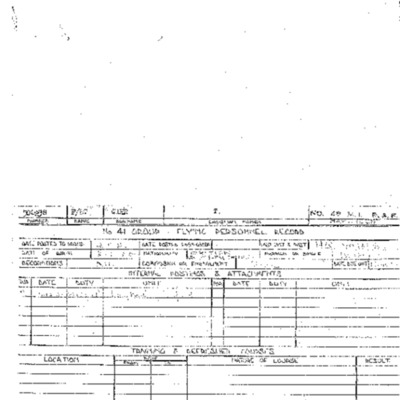 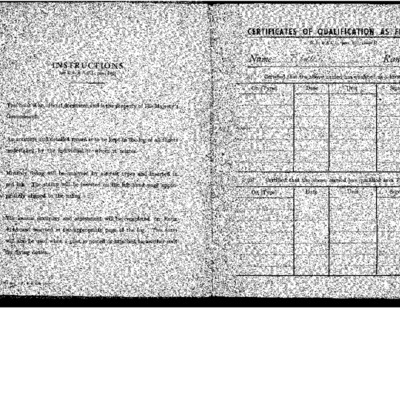 Pilots flying log book for T Wier, covering the period from 3 October 1955 to 25 September 1959. Detailing his flying duties as a production test pilot with 48, 23 maintenance Units. He was stationed at RAF Hawarden, RAF Benson, and RAF Aldergrove.…

Pilots flying log book for T Wier, covering the period from 12 May 1941 to 5 October 1955. Detailing his flying training, Instructor duties, operations flown and post war flying with Number 4 Ferry Pool and Number 48, 9, 27 Maintenance Units. He was… 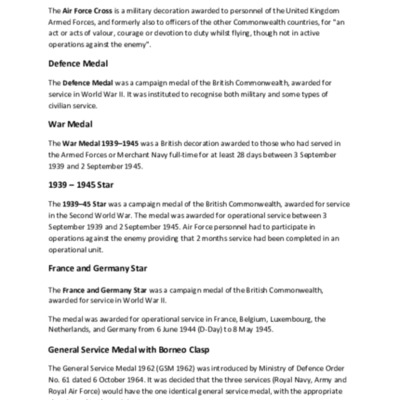 Description of all T Wier's medals.

Some days in the life of a production test pilot 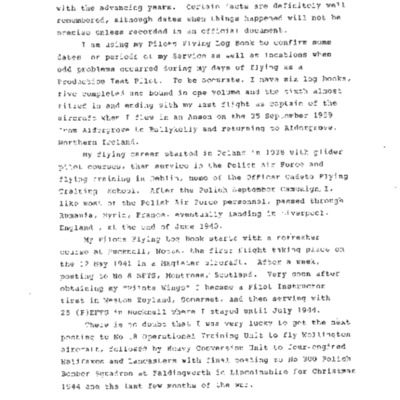 Mentions that he has six log books to cover his flying career. Gives a brief outline of career starting in Poland and then in United Kingdom starting in 1940. After training he became an instructor until volunteering for operations and posting to 300… 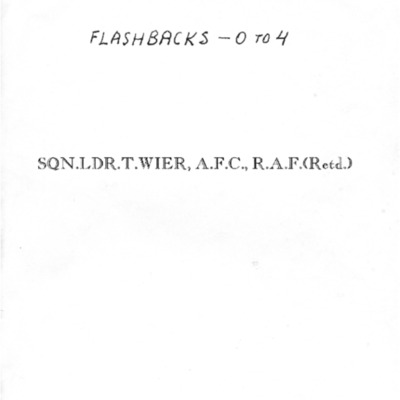 Starts with commentary on family in Poland and names recorded on visits to Poland. Continues with account of early life, school and life in Poland before the war.
Flashback 1. Mentions first operation on 300 Squadron at RAF Faldingworth. Continues… 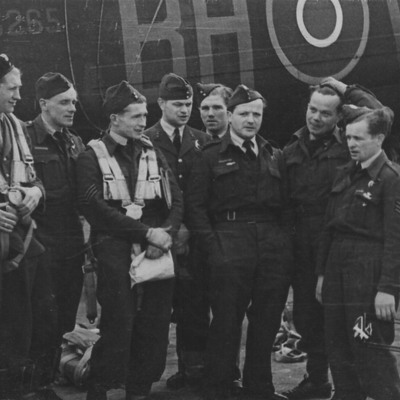 Eight airmen, two with parachute harness, others wearing battledress with side caps, two showing sergeants rank and one, third from right is an officer. All standing in front of Lancaster NG265 of 300 Squadron.Submitted in folder with caption 'TW… 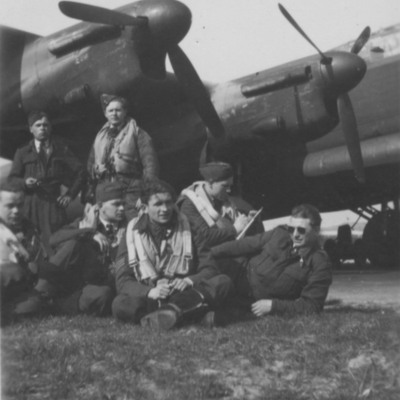 Seven airmen, three with Mae Wests standing sitting and lying in front of a Lancaster, Submitted in folder with caption 'TW & crew'. 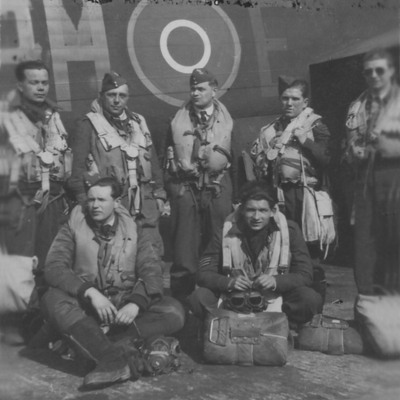 Seven airmen, all with Mae Wests standing and sitting in two rows in front of a Lancaster of 300 Squadron.. Front left man has parachute on ground in front of him. Submitted in folder with caption 'TW & crew'. 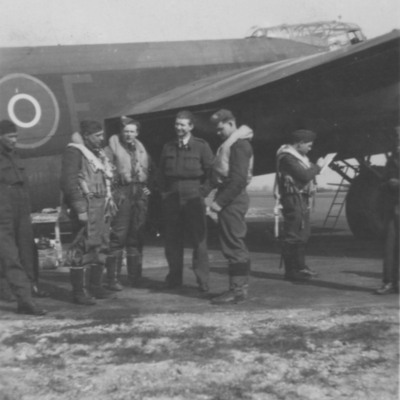 Six men, four with Mae West, two others wearing battledress. Four are talking together, one is reading and the sixth is watching. All are standing in front of a Lancaster. Submitted in folder with caption 'TW & crew'. 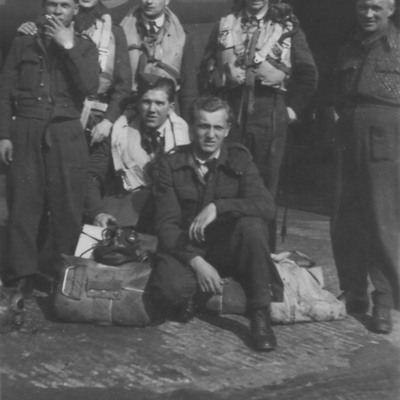 Seven airmen, four with Mae West, all wearing battledress, some with side caps squatting sitting and standing in front of an aircraft. Submitted in folder with caption 'TW & crew'. 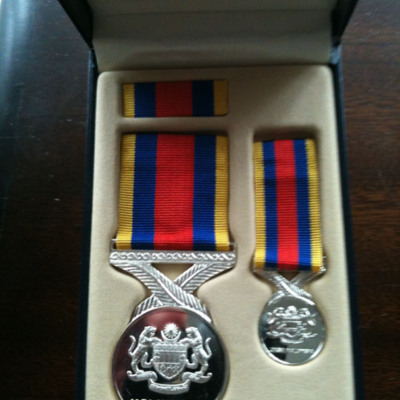 Yellow, blue and red ribbon with silver medal. Includes ribbon and miniature all in box. 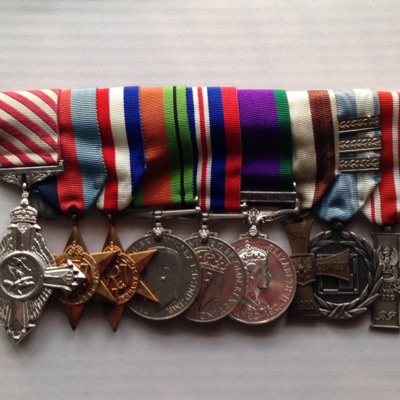 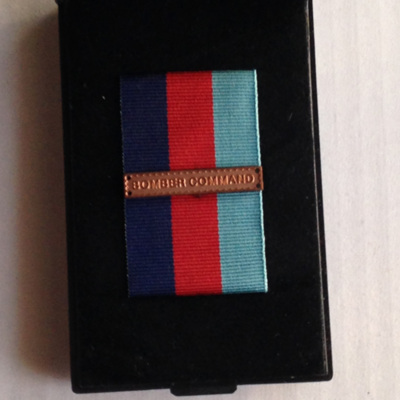 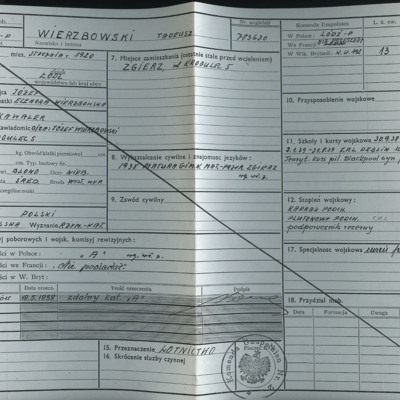