40 Items. Collection concerns warrant Officer Daniel Phillips (1653229) who served as a Lancaster navigator on 460 Squadron at RAF Binbrook in 1944/45. Collection contains service history, documents, a letter, photographs of people, places and aircraft. It also includes his flying logbook and course notes from his navigator training.

The collection has been donated to the IBCC Digital Archive by Rhodri Phillips and catalogued by Nigel Huckins. 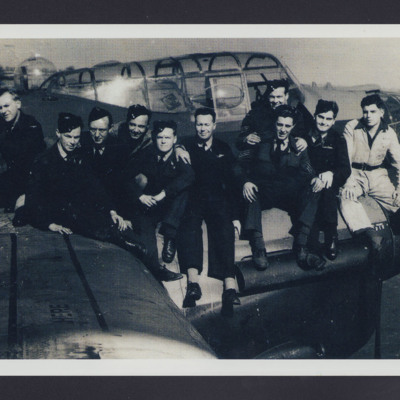 Ten servicemen most wearing battledress and side caps and one with overalls sitting on the starboard inner engine of a Lancaster. 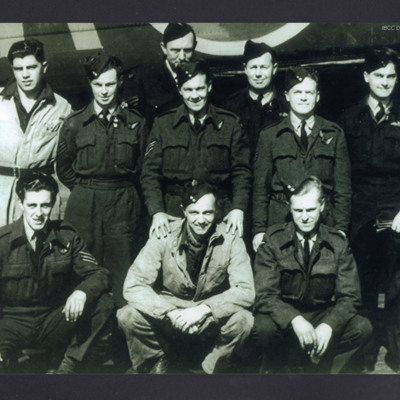 Seven aircrew and three ground crew wearing either battledress or coveralls squatting and standing in four rows in front of a Lancaster. Notes of names on the reverse. 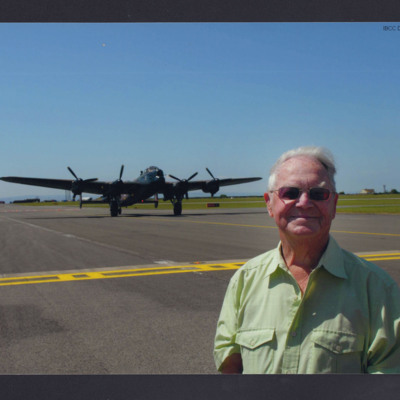 Head and shoulders view of a gentlemen in shirt sleeves in the foreground. In the background a Lancaster on runway. 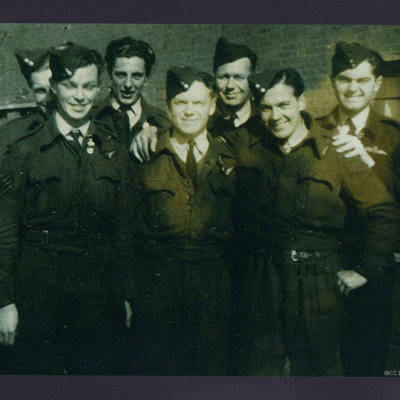 Twelve air and ground crew by a Lancaster 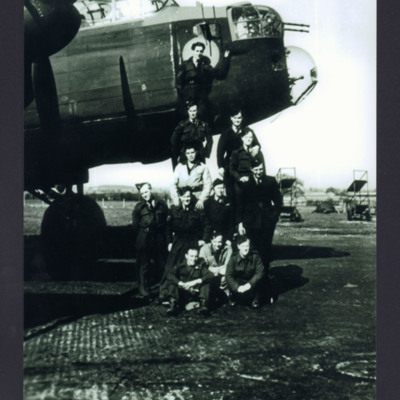 Twelve servicemen, three squatting and four standing on the ground. Five further are on a raised stand or ladder leading to front fuselage of a Lancaster. Notes with names on the reverse .

Daniel Phillips and the Battle of Britain Memorial Flight 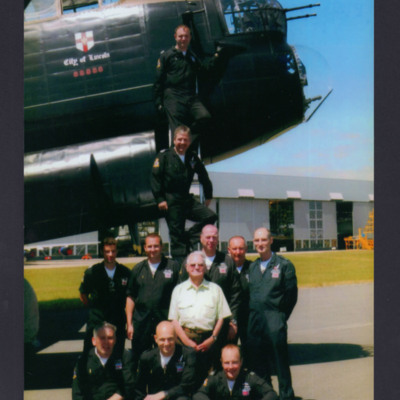 Ten men in overalls/flying suits stand with a civilian by the front of the battle of Britain Flight Lancaster. Two man are up a ladder up to front fuselage.
Taken by RAF photographer who “recreated” the original black and white… 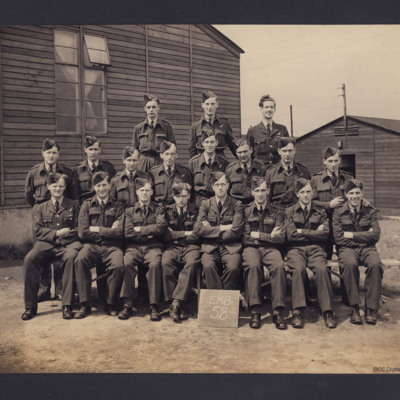 Nineteen airmen wearing battledress and side caps sitting and standing in three rows with wooden huts in the background. Sign with EMB 58 on the ground in front of first row. On the reverse signatures and sticker with 'third from left front… 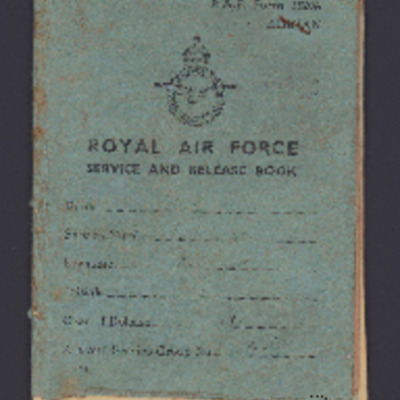 For Daniel Phillips. Left as warrant officer. Gives particulars and notes of aptitude and qualities. 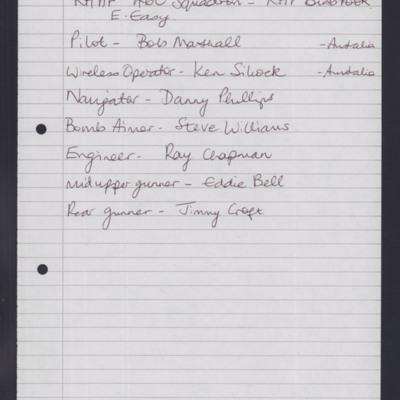 Summary of medical board 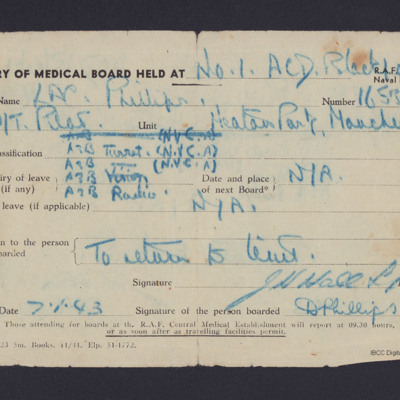 Some personal details and return to unit. 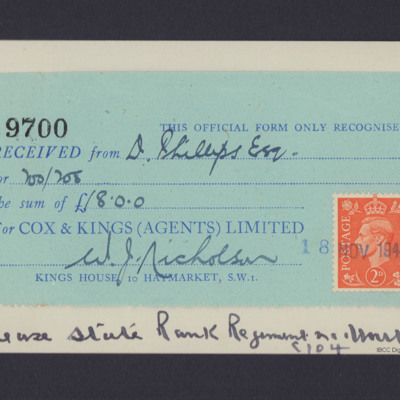 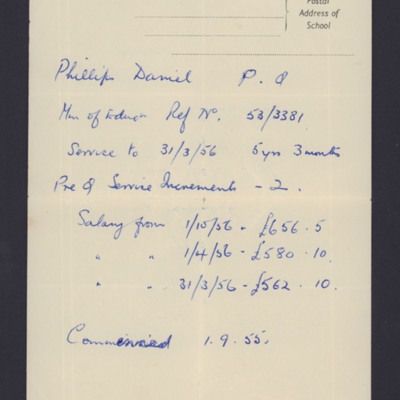 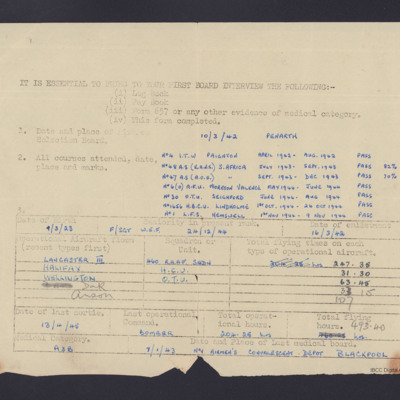 Notes place of aircrew selection board on 10/03/43 and lists all course undertaken, promotion dates, flying times on operational aircraft and last medical board.

Responsibilities of a prisoner of war - European theatre of operations 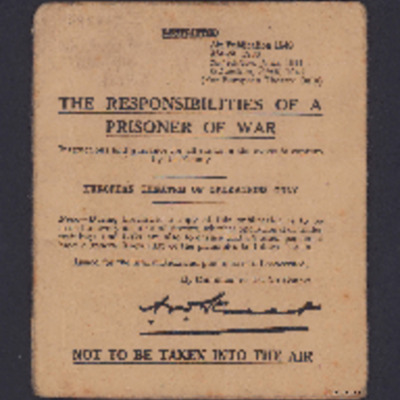 Document laying down responsibilities of prisoner of war including: behaviour under interrogation, what the enemy will try and find out, how information is obtained by the enemy (sources and methods), Do's and Dont's and rights of prisoners. 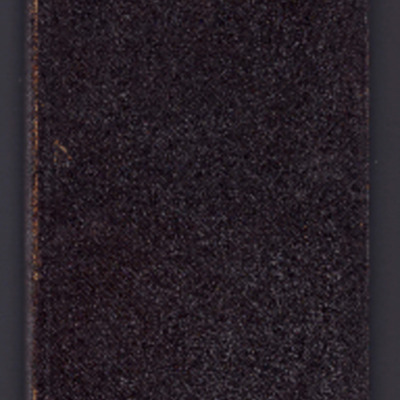 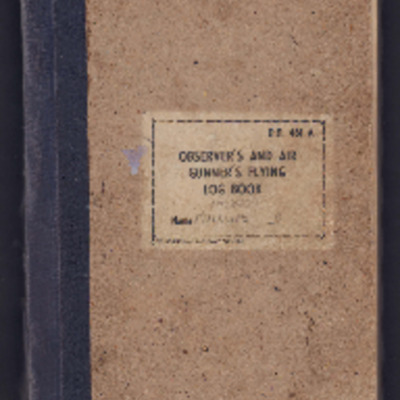 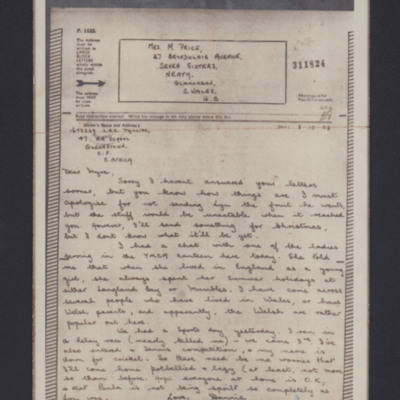 Letter to his sister Myra Price. Apologises for not answering her letters. Writes of people he had met in South Africa who had previously lived in Wales. Recounts his activities at a sports day.
Additional information about this item was kindly… 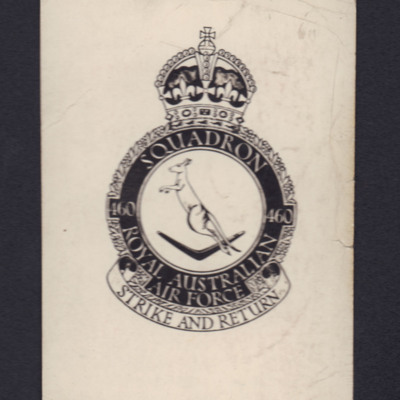 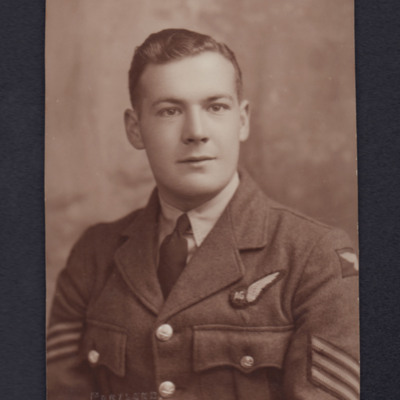 Head and shoulders portrait of a sergeant wearing tunic with air gunner brevet. On the reverse a sticker and caption 'Jimmy Croft A/G'. 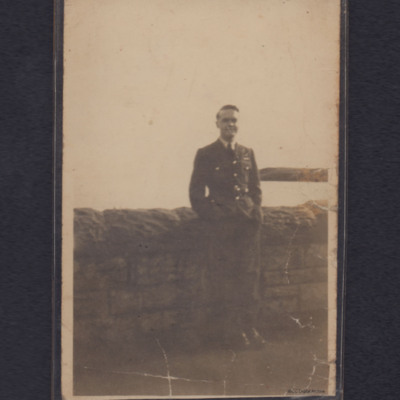 Full length portrait of an officer wearing uniform tunic with half brevet and with hands in his pockets standing in front of a stone wall. On the reverse 'Dannie on demob leave 6/9/46'. 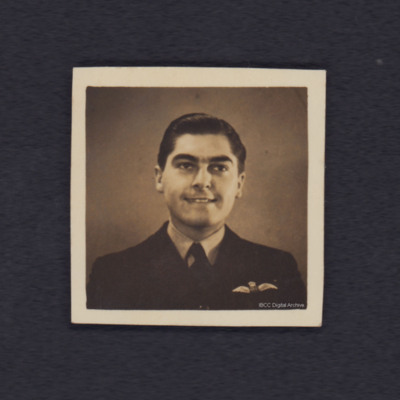 Head and shoulders portrait of a man wearing uniform tunic with pilot's brevet. On the reverse 'Bob Marshall'. Sticker with 'Bob Marshall, pilot'. 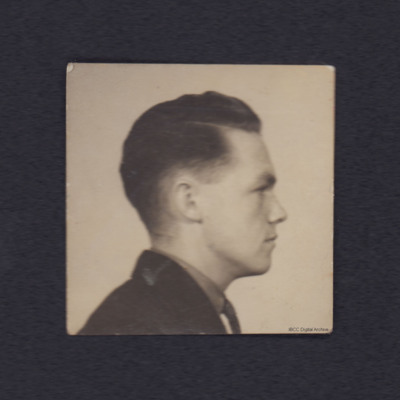 Side head view portrait of a man wearing jacket and tie. On the reverse of two 'Phillips'. Danny Phillips carried this photograph on operations to be used for forged documents if he was shot down and needed to evade.
Additional information about… 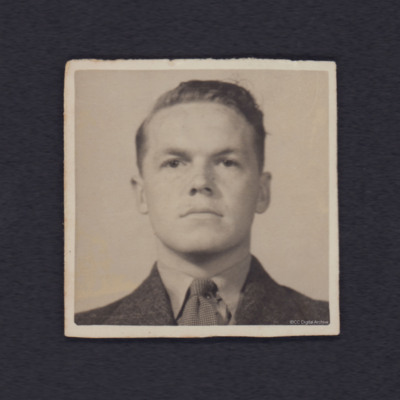 Head and shoulders portrait of a man wearing jacket and tie. Danny Phillips carried this photograph on operations to be used for forged documents if he was shot down and needed to evade. On the reverse of the second 'Phillips'.
Additional… 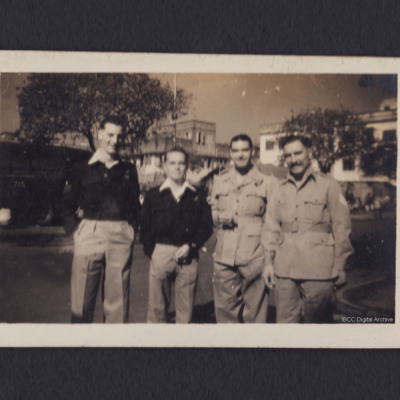 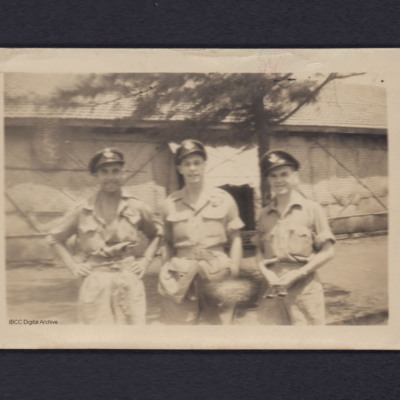