A history of Sam Saunders RAF experiences complete with a biography. It is presented in an album. 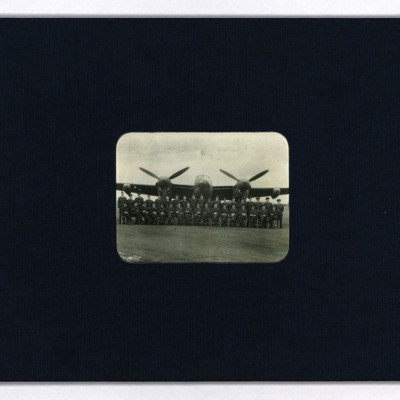 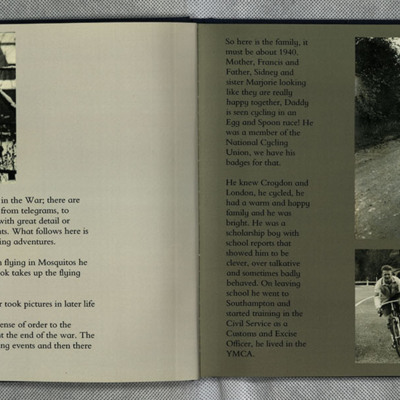 A biography written by his daughter about her father. It describes his early years but mainly his time in the RAF.
Photo 1 is of EJ Saunders.
Photo 2 is EJ Saunders cycling on an egg and spoon race.
Photo 3 is his Mother, Francis and… 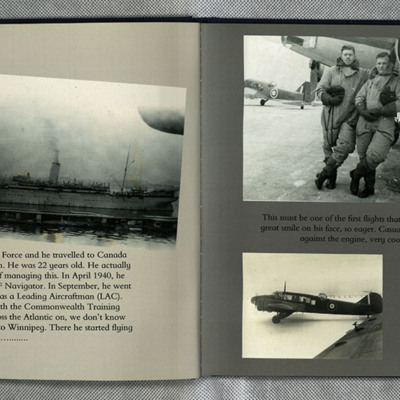 Two printed sheets with six photographs.
The text describes his early training then transfer to Canada learning on Ansons in the snow.
Photo 1 is Sam standing in the snow outside a hut.
Photo 2 is a ship.
Photo 3 is Sam and friend leaning on an… 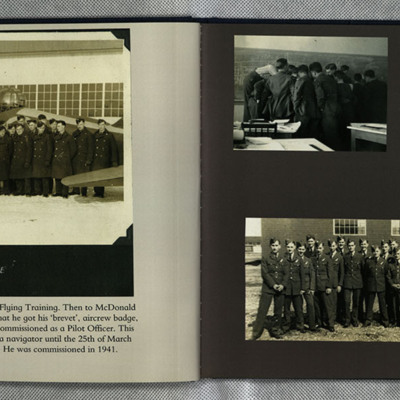 The text contains some detail of Sam Saunders' training in Canada.
Photo 1 is annotated 'Our First Aeroplane January 1941'. It is an Anson with a group of 42 airmen arranged in front.
Photo 2 is the backs of 11 or so airmen in a classroom.
Photo… 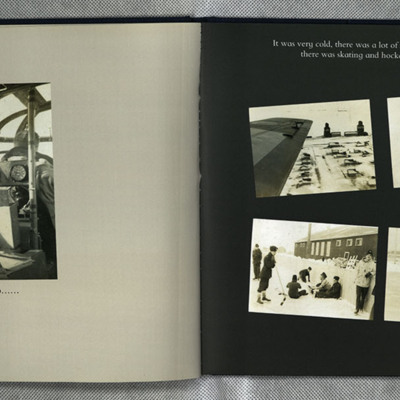 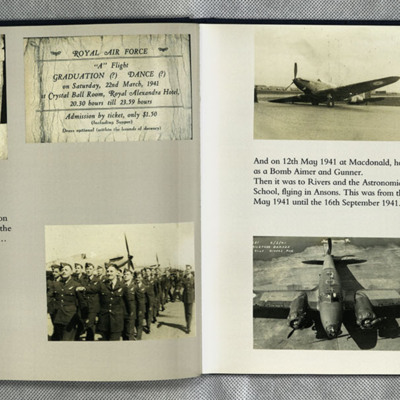 Photo 1 is 'The "Bright" Class', 14 graduates of the Astro course at Rivers.
Photo 2 is Sam in hospital.
Photo 3 is six men and two nurses sat on an ambulance.
Photo 4 is Sam smoking a pipe looking out from his bed.
Photo 5 is Sam on a… 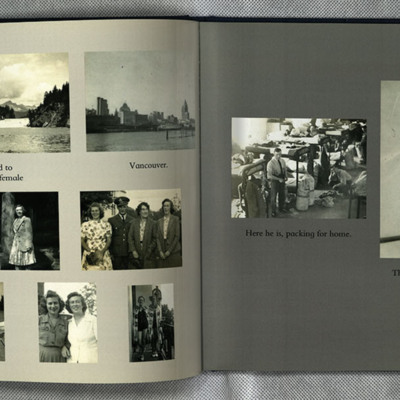 Sam on vacation with women, bears and Vancouver then returning home on a ship.
Photo 1, 2 and 3 are views of the Rockies.
Photo 4 is Vancouver.
Photo 5 is Sam looking at a bear.
Photo 6 is a native Canadian totem pole.
Photo 7, 8 and 10 are of…

A description of Sam's further training in the UK then operations at Malta.
Photo 1 is an informal group photograph with airmen, two WAAFs and three dummies.
Photo 2 is an air-to-air view of a Wellington. 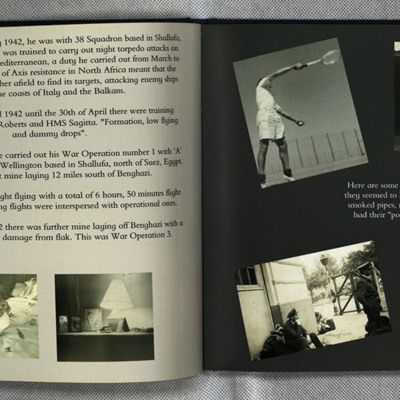 Two pages detailing some of Sam's time in Egypt.
Photo 1 is HMS Sagitta from the air.
Photo 2, 3 and 4 are Sam working on a lamp.
Photo 5 is Sam playing tennis.
Photo 6 is Sam and colleague in khaki and shorts.
Photo 7 is a letter in… 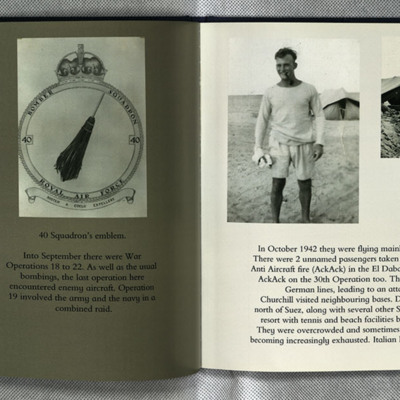 Some details about operations carried out by Sam after he transferred to 40 squadron.
Photo 1 is a vertical aerial photograph partly obscured by tracer fire.
Photo 2 is the 40 squadron crest.
Photo 3 is Sam in shorts and tee shirt in front of a… 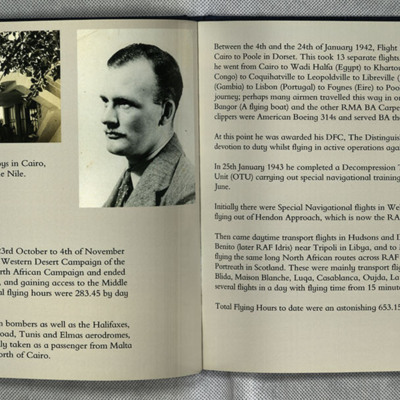 These pages are mostly biography of Sam's time in Egypt and his time with transport aircraft in the Mediterranean region.
Photos 1, 2 and 3 are scenes from Cairo.
Photo 4 is a side head and shoulders profile of Sam.
Photo 5 is a Battle aircraft in… 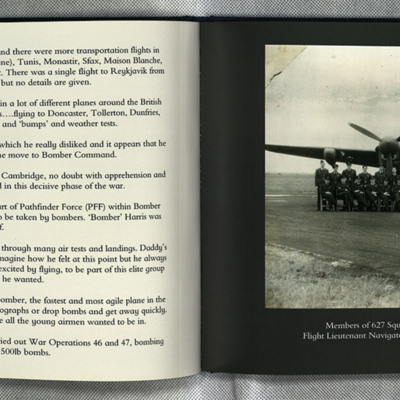 After a spell with 512 squadron mostly transportation flights Sam returned to the UK, flying as an instructor.
A the end of 1943 he returned to Bomber Command, 627 Squadron.
There is a photograph of the squadron grouped in front of a Mosquito. 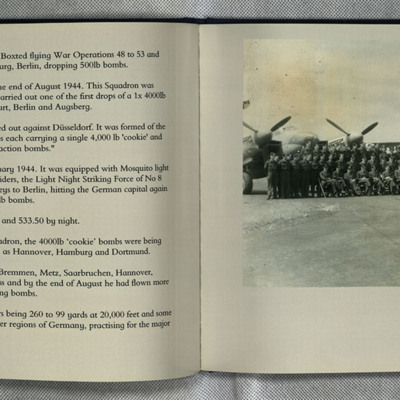 Details of Sam's operations with 692 squadron, mainly against German cities.
There is a photograph of the squadron arranged in front of two Mosquitoes. 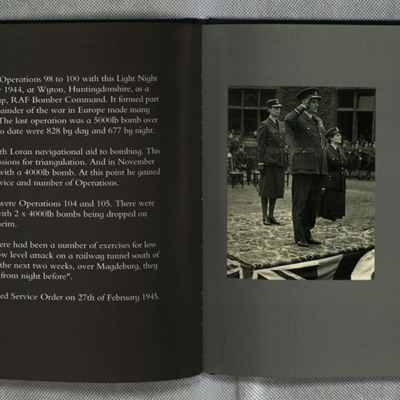 Details of Sam's time with 128 Squadron at RAF Wyton and RAF White Waltham.
There is a photo of Arthur Harris giving the salute. 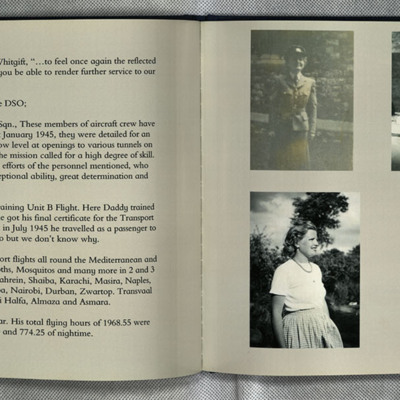 Details of Sam's citation for his DSO, further training in Navigation and as an instructor. He then returned to transport in the Mediterranean. His last flight was from Malta to Cairo.
There are three photographs of his wife. 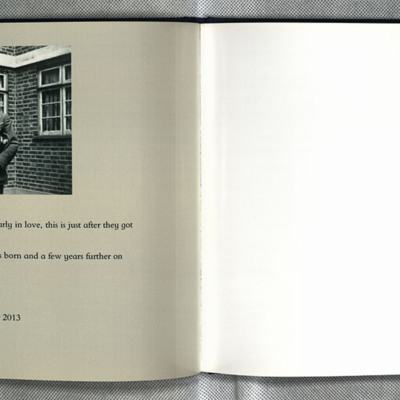 Sam and his wife photographed just after they got married. 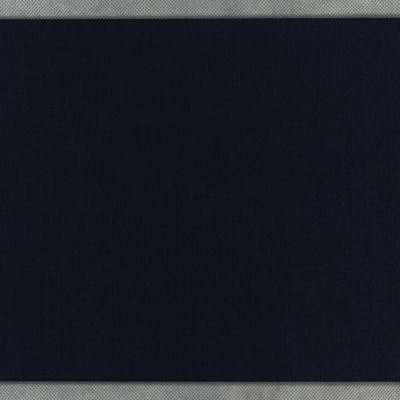