27 items. The collection contains photographs and a map. 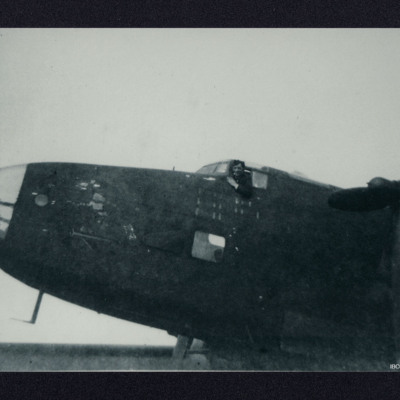 The nose of a Halifax with the pilot leaning out of the cockpit. On the reverse '[indecipherable FD-O Prior to our last H.C.U. flight 23rd May 1945.'
and '1695 HCU Dishforth Halifax MkIII'. 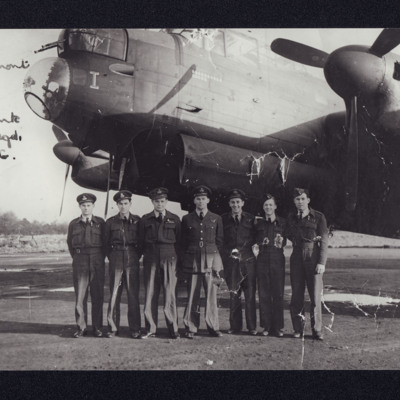 Seven Airmen and a Halifax

Moose, Airmen and a Dog 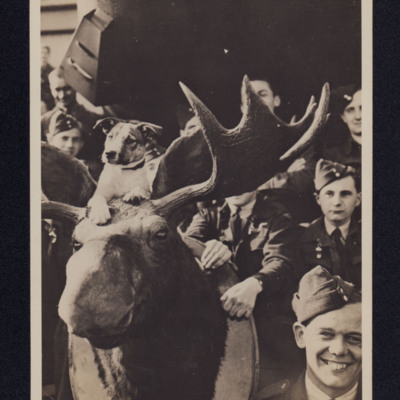 Several airmen with a mounted moose head on which a small dog is sitting. 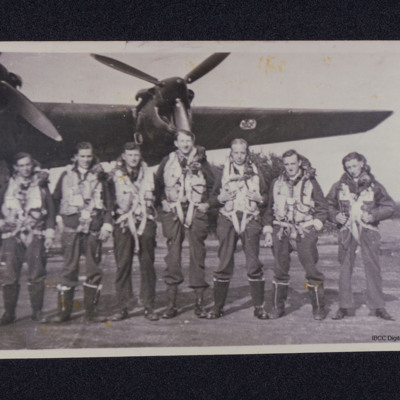 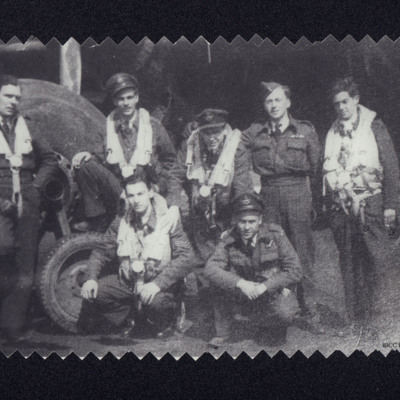 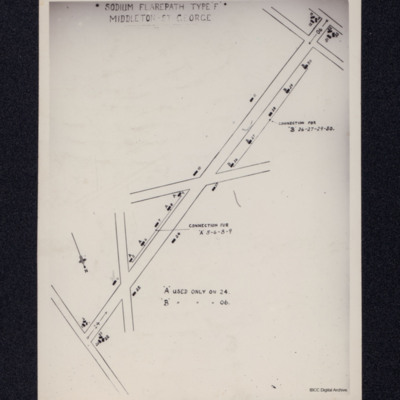 A sketch map of the lights on runway 06/24 at RAF Middleton St George. 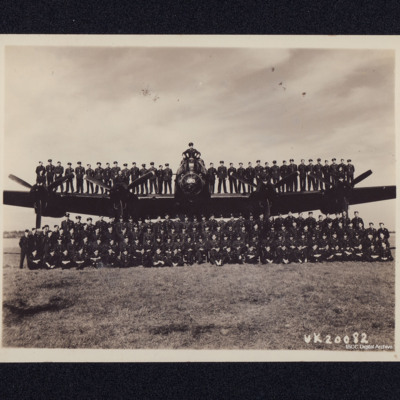 "Ted" Lewis with Mid under gun 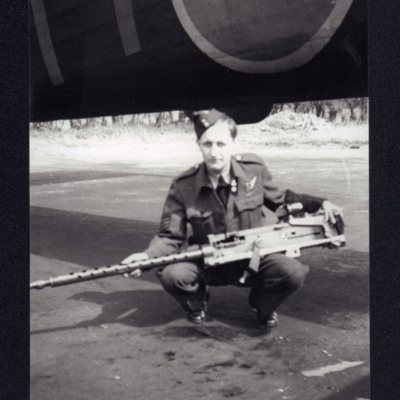 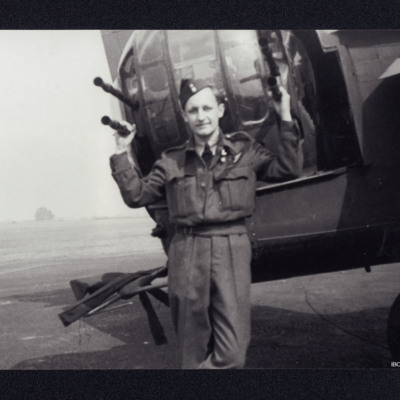 Ted Lewis at the rear gun turret of a Halifax.
On the reverse 'E.G. "Ted" Lewis Spare Gunner June 1944'. 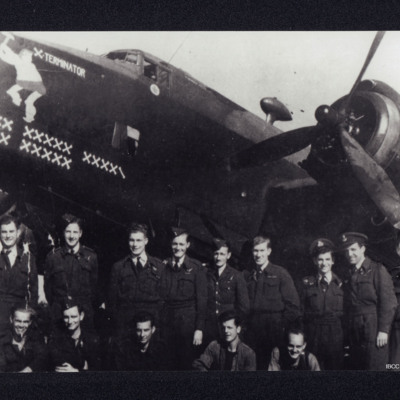 14 airmen under the front of their Halifax.
On the reverse -
'This is the only photo of our crew with Ground Crew standing, 2nd from left
Doug Moe Mid-upper
Barry Ashbee F/E
Ray Irwin B.A.
Bill Lynn W.A.G.
Russ McKay Pilot
Gerry Pelletier… 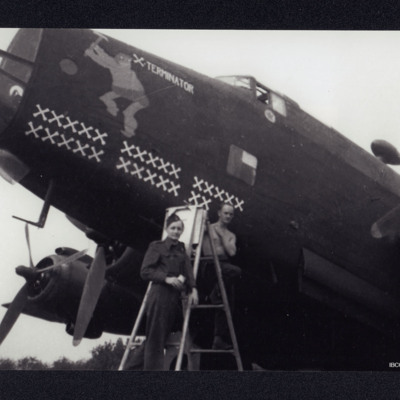 The nose of a Halifax with two ground crew working on a ladder.
The nose art is a cartoon of a man with a hammer, named 'X Terminator' and crossed bones indicating operations.
On the reverse 'E.G. "Ted" Lewis and ground crew member, painting on… 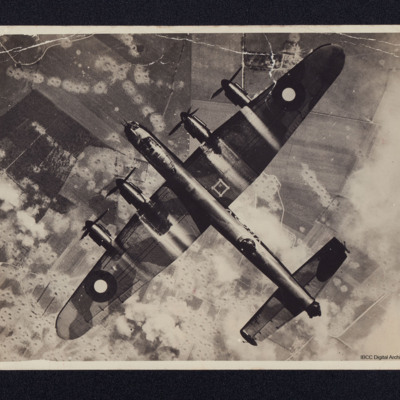 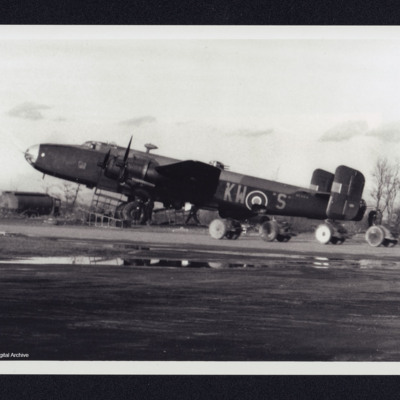 A port side view of Halifax 'KW-S'. Trolley accumulators in the foreground and a fuel bowser in the background.
On the reverse 'MZ454 KW-S of 425 Sqn Tholthorpe Taken Nov 44.
This aircraft crashed after take off on ops 5/3/44 [sic incorrect date,…

Seven Airmen and their Halifax 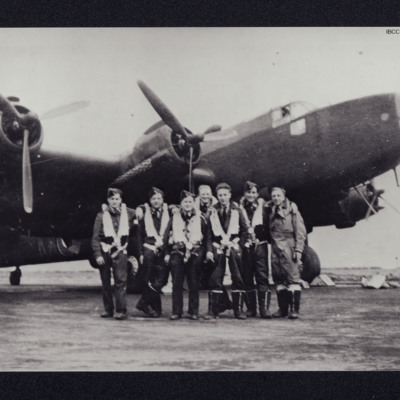 Seven airmen in flying kit standing at the starboard/front of a Halifax.
On the reverse '425 Sq Halifax III Tholthorpe'. 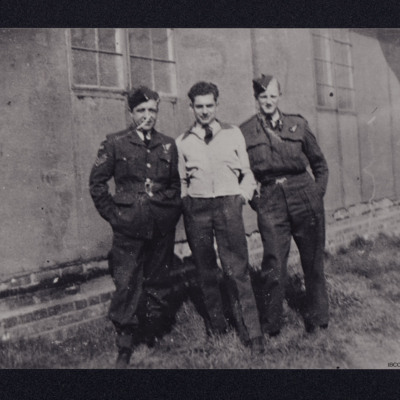 Three airmen standing outside a concrete hut. On the reverse 'Eddie Collyer 425 Sq'. 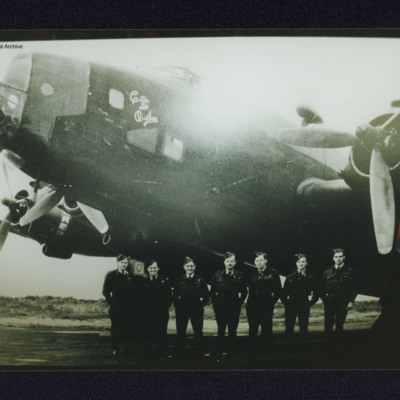 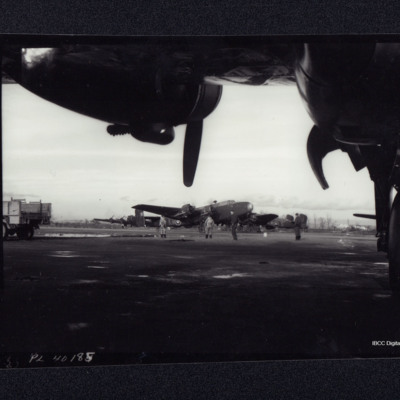 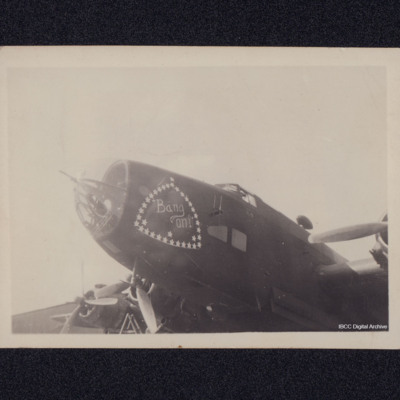 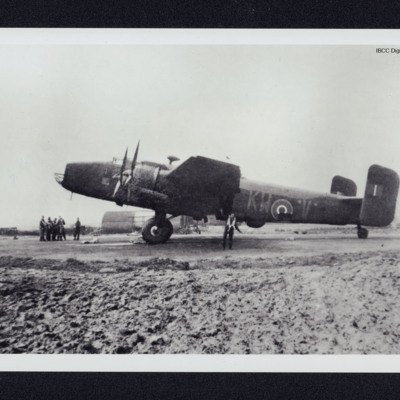 A port side view of a Halifax with Eddie standing at the front. Under the nose are five airmen.
On the reverse 'KW-V 425 Sqdn Sept 1944 Tholthorpe Man in photo is F/E Eddie Collyer' and 'MZ538 KW-V'.

Seven Airmen on a Wing 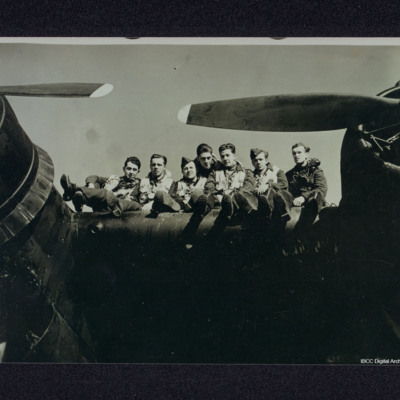 Seven airmen, in flying kit, seated on the wing of their aircraft. On the reverse 'Ken Jenkins 425 Sq P/O Jacques Cote & Crew'. 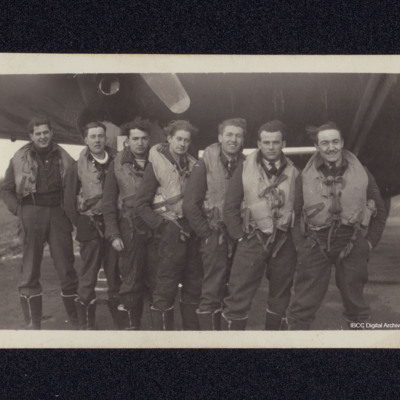 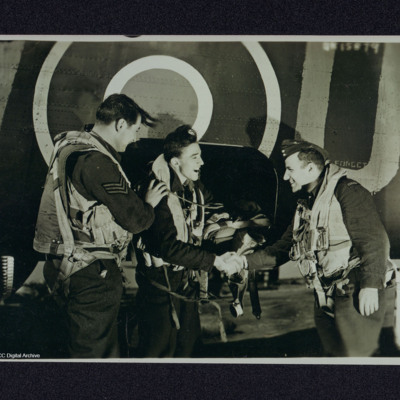 Three airmen at the hatch on the side of their aircraft. Two are shaking hands.
On the reverse 'F/O Jacques Cote (pilot) DFC
Rene Jutgas ? (Nav)
Sgt Ken Jenkins
Aircraft 'U' Uncle
KE Jenkins 425 Sq'. 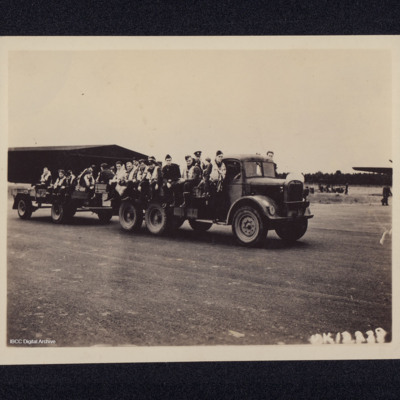 A group of airmen being transported to their aircraft on a lorry with a trailer.
On the reverse 'Crew 'bus' Tholthorpe Going out to aircraft for ops 1944' and 'Photo Reg [indecipherable]' and 'Tholthorpe'. 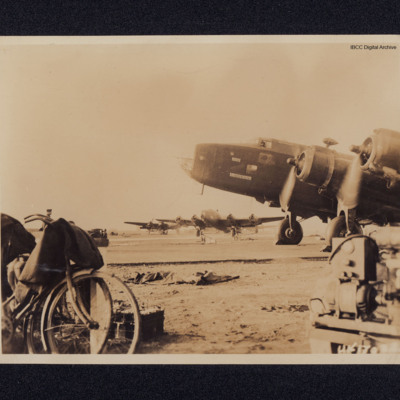 Three Halifaxes at Tholthorpe. The front two have their engines running. A bicycle is in the foreground.
On the reverse 'Dispersal at Tholthorpe 1944'. and 'Photo Reg [indecipherable]'.
View all 27 items