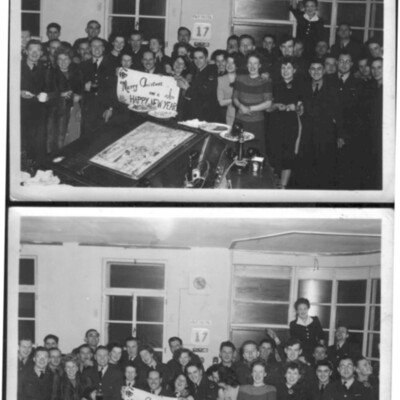 Two images on one photograph of a group of airmen and women having a party in the Control Room at Leeming, 1945. 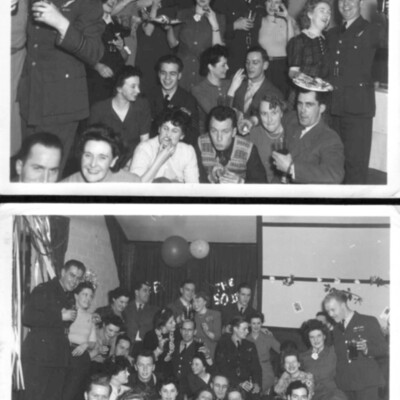 Two images of a party held in the Leeming mess at Christmas, 1945. 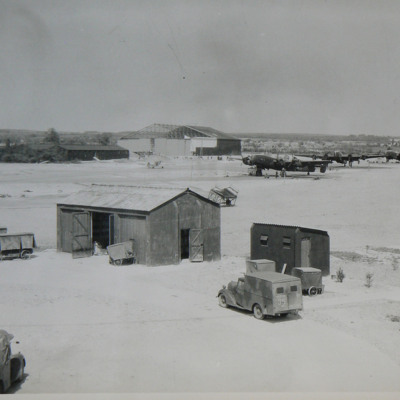 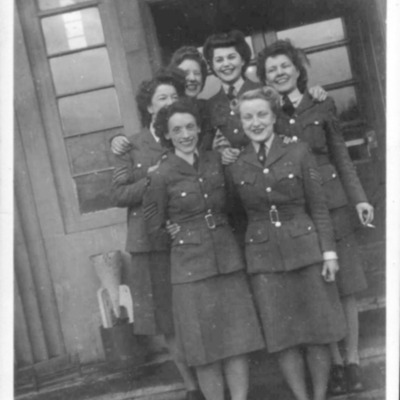 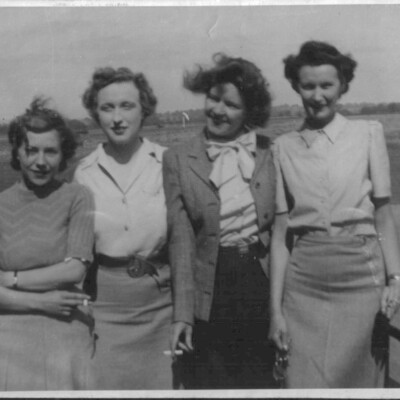 Four women in civilian clothes standing at the railing on top of a control tower. Behind is a windsock. 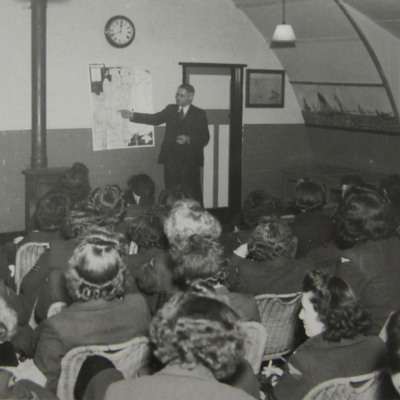 Rows of WAAFs listening to a lecture. At the front a civilian is pointing to a map of Germany. 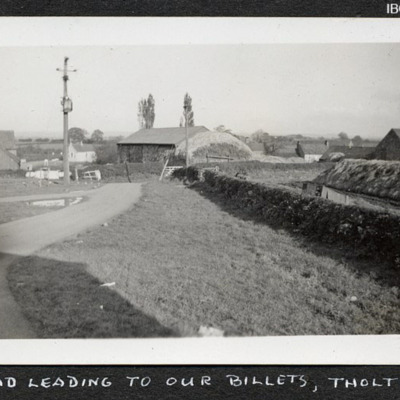 A single track road curving towards low buildings. It is captioned 'Road leading to our billets, Tholthorpe'. 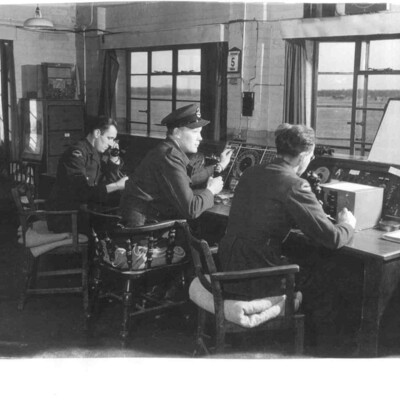 Three airmen working in a control room. In front of them is radio equipment. The men are sat on wooden chairs with improvised cushions.

Airmen preparing for an operation 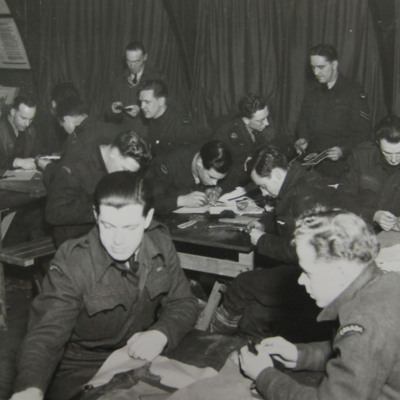 13 airmen arranged around tables preparing for an operation. 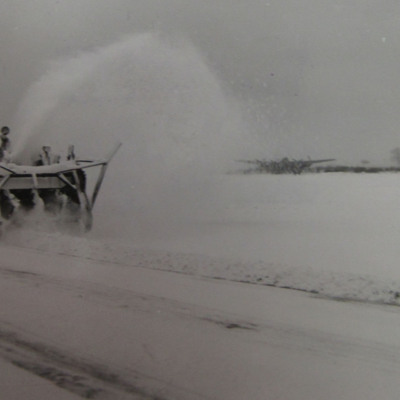 A tractor with a snow clearing machine on the front. It is throwing an arc of snow off the runway. A four-engined bomber can be seen in the background 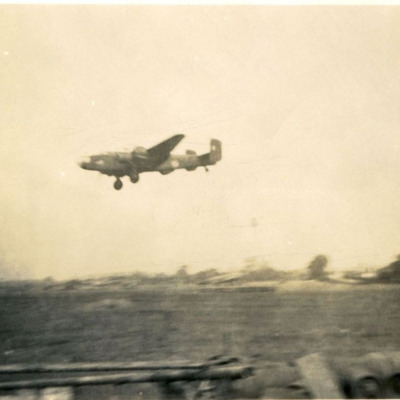 A Halifax coming into land. 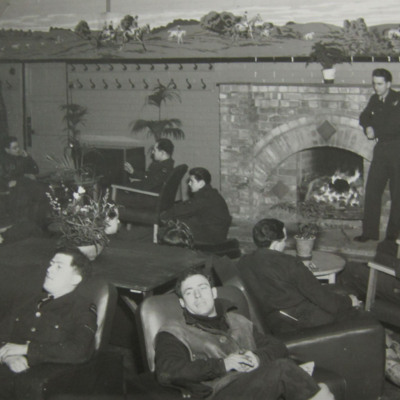 Airmen resting in the mess. A large open fire is heating the room. On the wall is a hunting scene. 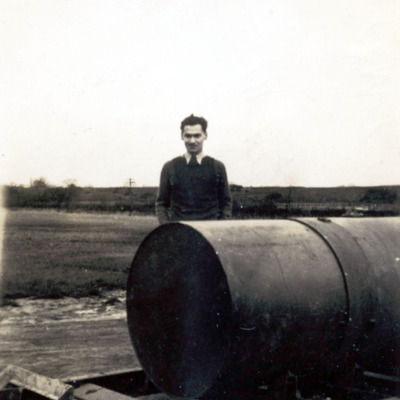 A cookie bomb on a trolley with a ground crew airman behind. 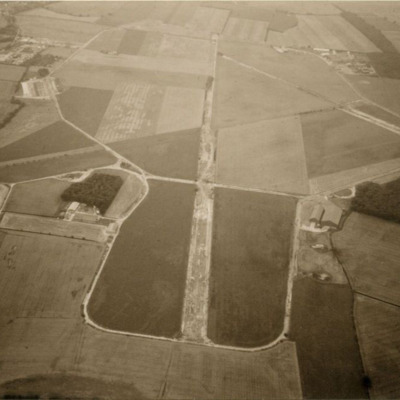 An oblique aerial photograph of RAF Tholthorpe (disused) taken in the 1970s. 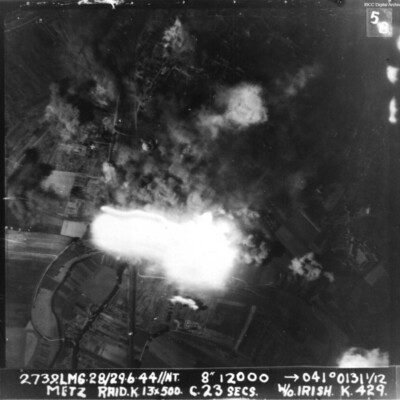 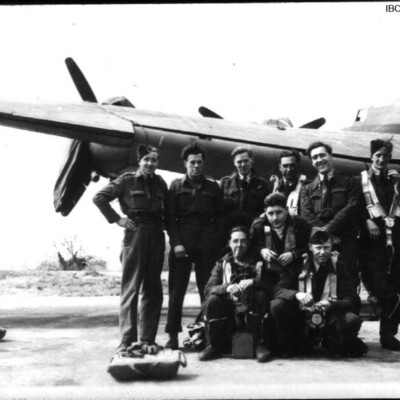 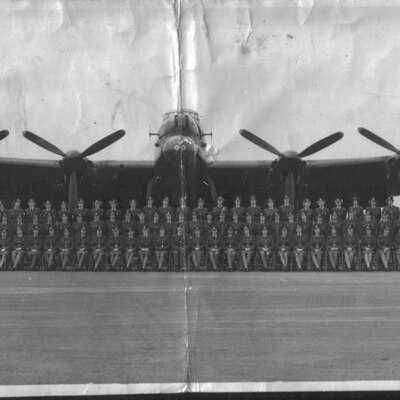 A large group of WAAFs arranged in three rows in front of a Lancaster. Additional information supplied with the collection states 'W.Cdr Hull & female staff'. 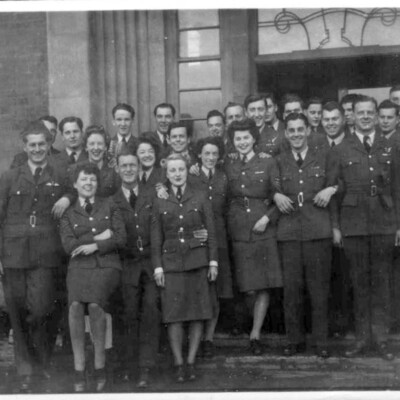 A group of airmen and airwoman arranged outside a building. Additional information supplied with the collection states 'Outside HQ bldg Leeming circa 1944.45'. 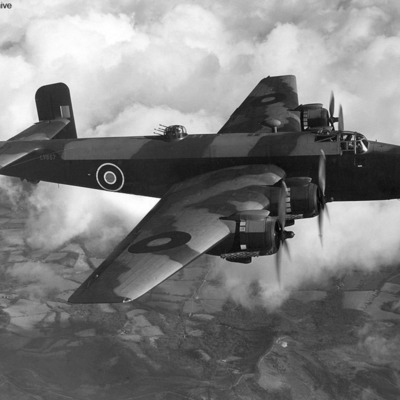 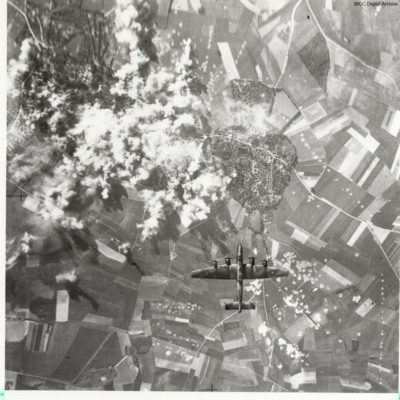 A vertical aerial photograph taken during a bombing run. Underneath is a Halifax. A town can be seen with many bomb craters. The left centre of the image is obscured by explosions. 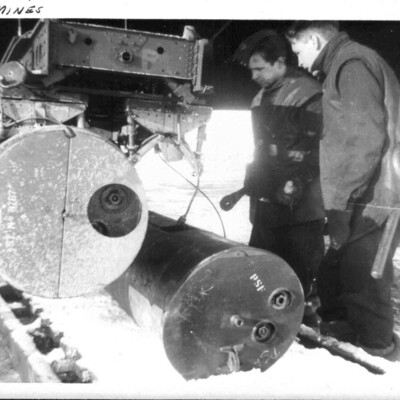 Two images of mines being loaded. In the first image one mine is in position on the rack and a second is on the trolley about to be winched up. An annotation reads 'Mines'.
In the second image a mine is on a trolley. Chalked on the mine is the… 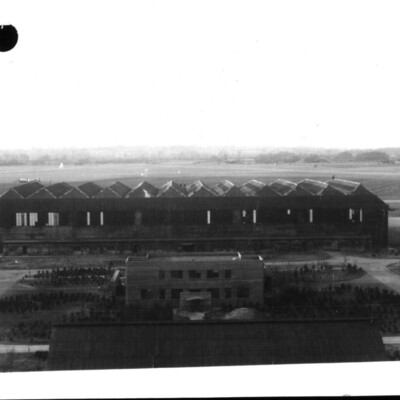 Two views of a hangar identified as at Leeming, 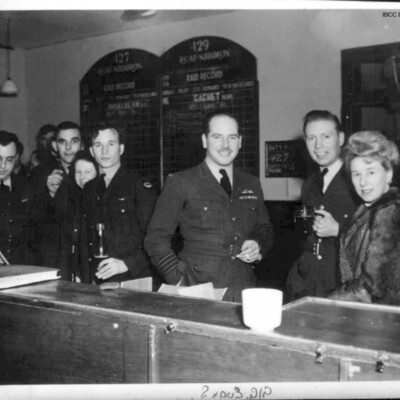 Five airmen and two women at a bar. Information supplied with the collection states 'Leeming Xmas Flying Control 1945 inc G.Capt Evans'. There is a caption but it is indecipherable. 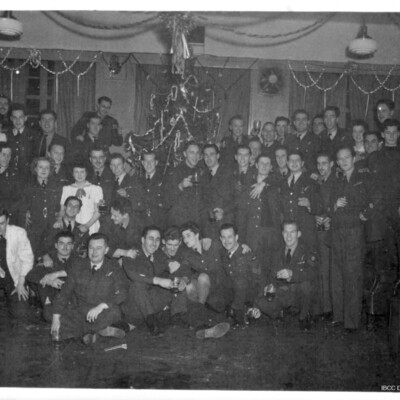 Large group of airmen and WAAFs grouped around a Christmas Tree. 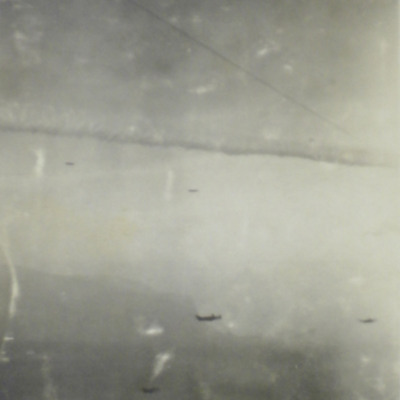 A blurred image of several aircraft in flight. Information supplied with the image states 'Laurie Godfrey 408 Sqn'.
View all 42 items