37 items. The collection concerns William Alfred Brooks (b. 1922, 1318320 Royal Air Force). He flew operations as a bomb aimer with 10 Squadron before being shot down and becoming a prisoner of war. The collections contains photographs and correspondence and his prisoner of war log. The collection also contains a photo album of military service in Singapore.
The collection has been loaned to the IBCC Digital Archive for digitisation by Peter Nicol and catalogued by Trevor Hardcastle. 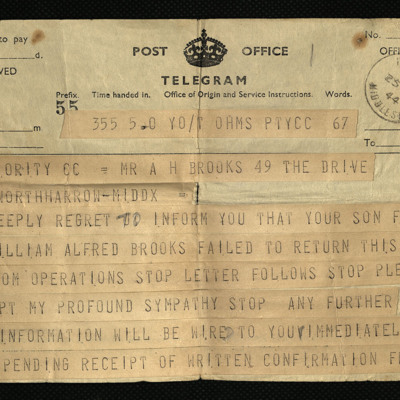 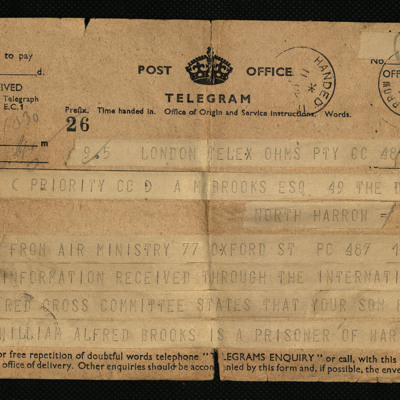 Telegram to Bill's father informing him that Bill is a prisoner of war in Germany.

Letter from Bill to his mother 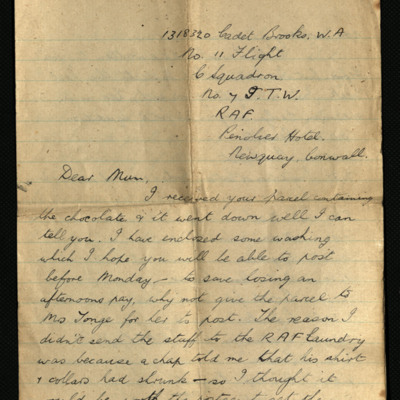 Written when at the Initial Training Wing in Newquay. 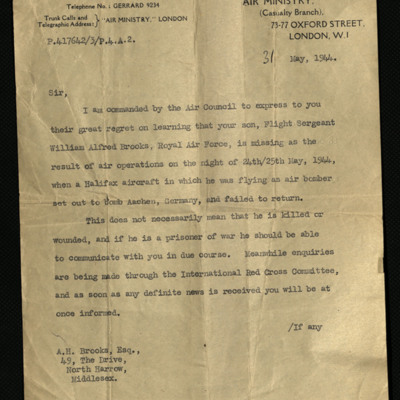 To Bill's father when Bill failed to return from an operation. 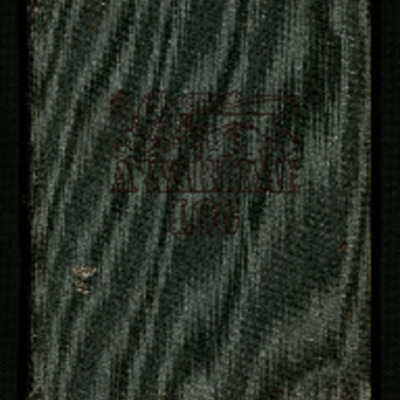 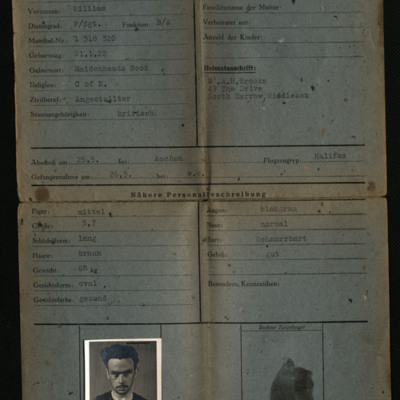 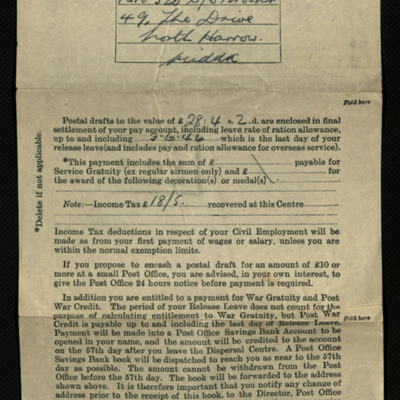 Sent from the Release Centre, giving an entitlement of £94-7-6.

Bill Brooks' Service and Release Book as a prisoner of war 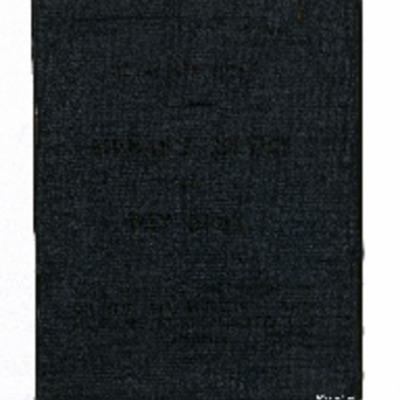 Soldiers and liner in Singapore 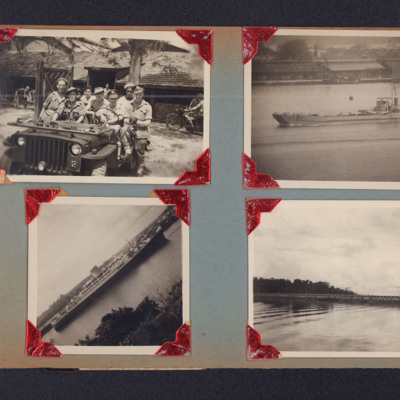 Four photographs, first is of a group of soldiers and others sitting and around a Jeep, single story building and motorcyclist in background. Second is of an L.S.T. under way, third is of a stone jetty from the water, fourth is of a liner in… 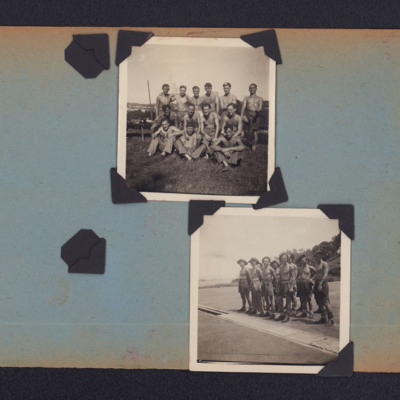 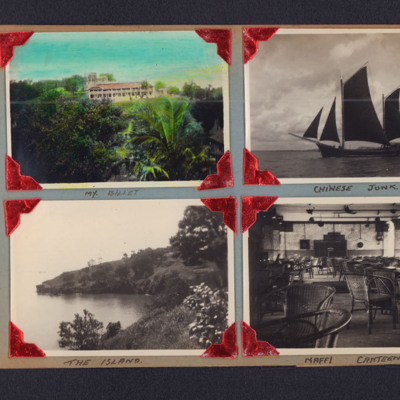 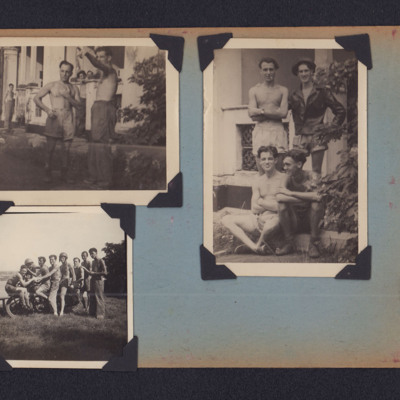 Three photographs, first is of several soldiers on veranda of their billet, local woman walking past, second is group of four soldiers on same veranda, third is of eight soldiers mounted on a static motorcycle. 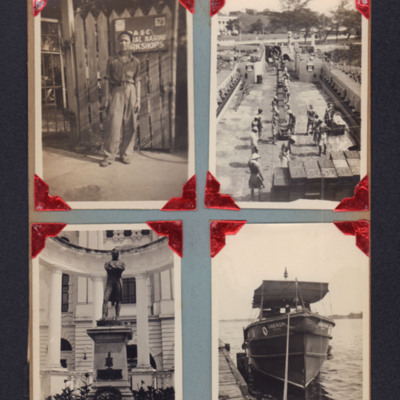 Four photographs, first is a locally employed staff member standing by R.A.S.C. Central Marine Workshop sign, second is of an L.S.T. being loaded/unloaded. Third is of a moored motor launch used by the R.A.S.C. called Oberon, fourth is of a large… 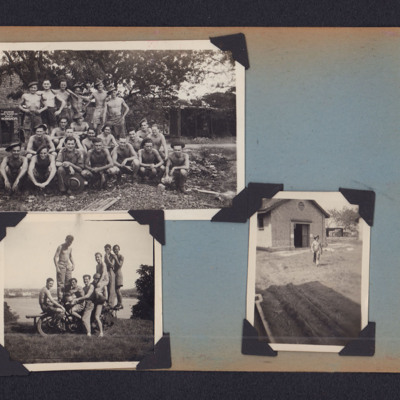 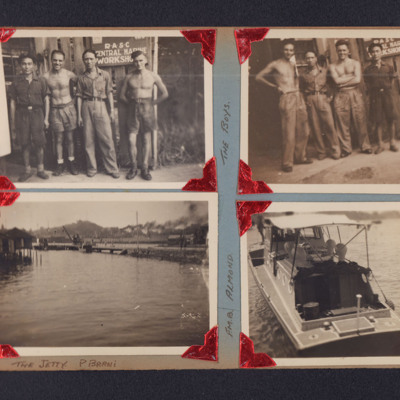 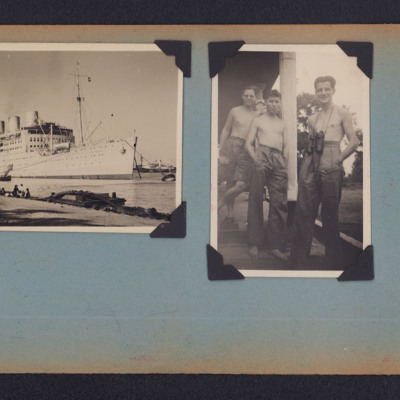 Two photographs, first is of the RMS Strathnaver anchored, second is of three soldiers on building veranda. 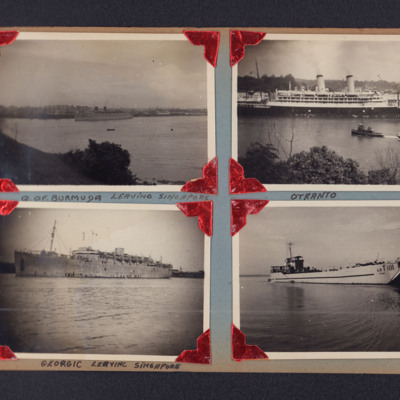 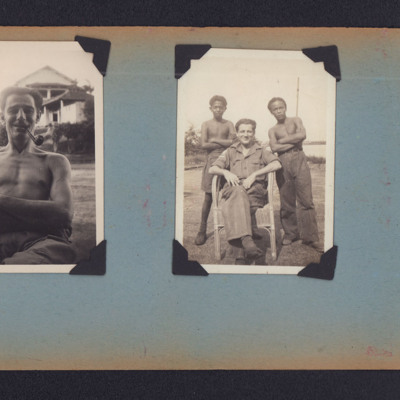 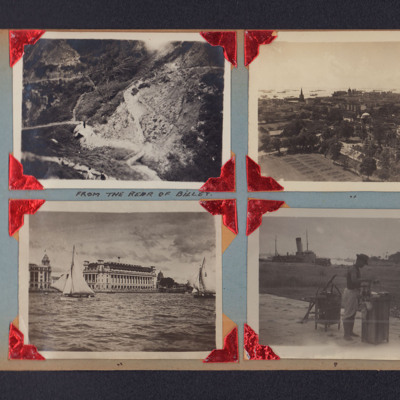 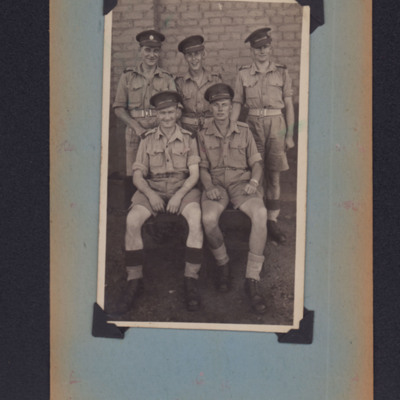 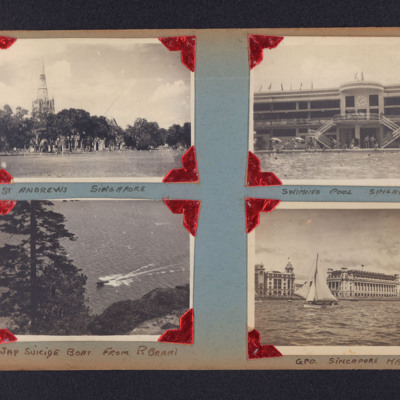 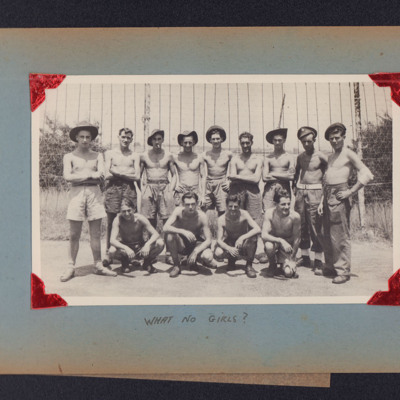 Informal group of 13 soldiers, in two rows, variety of dress, wire fence in background. Captioned 'What no girls?'. 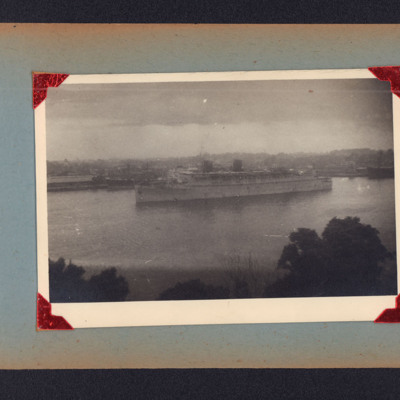 Large liner in the middle of the harbour.

Singapore in the rain 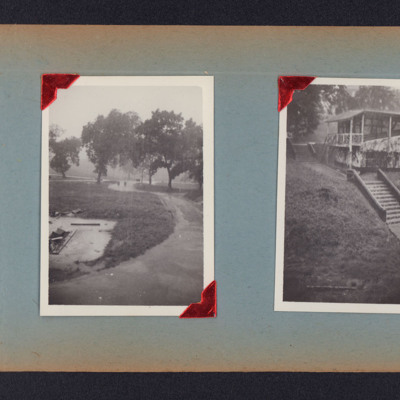 Two photographs, heavy rain in both, first open space with narrow road winding through, trees in the distance. Second of building half way up a small rise, rain pouring down the steps.
View all 59 items