The collection has been donated to the IBCC Digital Archive by David James and catalogued by Barry Hunter. 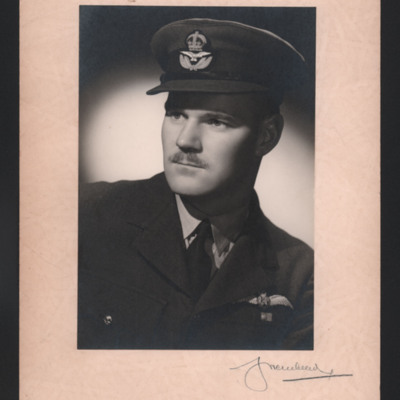 A head and shoulders portrait of Cyril in uniform, with pilot's wings. A tool used by navigators on a chart to plot bearings and distances.

B Flight No 4 Squadron 35 men and two women arranged in four rows. On the front each man is captioned with name and rank. 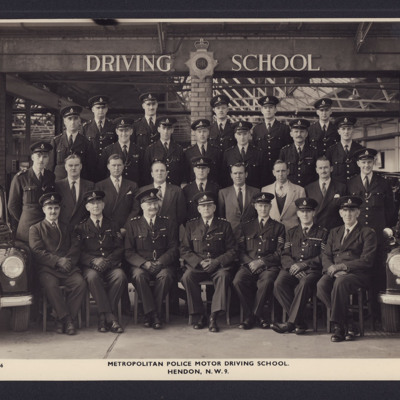 28 men arranged in four rows, flanked by two cars. On the reverse are nine signatures and a photographers stamp.

Pilot's Notes for a Catalina 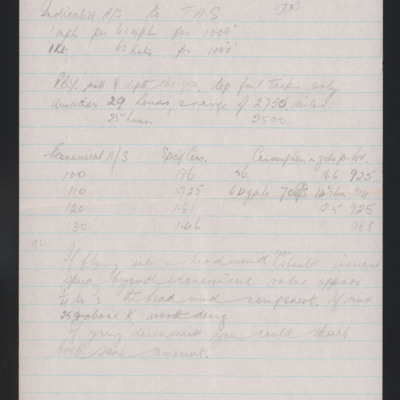 The Pilot is Beyond the Reach of a Court-Martial 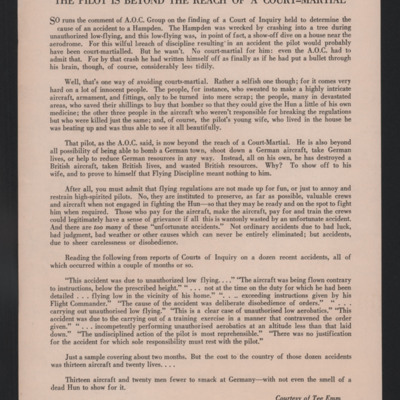 An extract from Tee Emm magazine about a pilot that died doing unauthorised low flying. It refers to a dozen other accidents where pilots and crew lost their lives doing low flying. 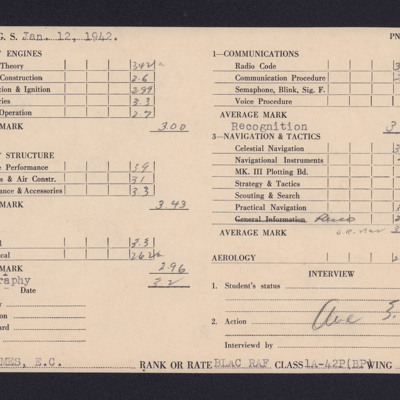 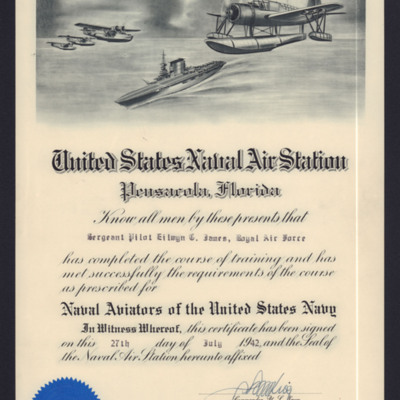 A certificate awarded to Cyril on completion of his course. 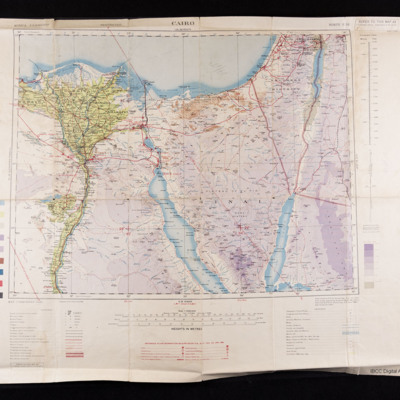 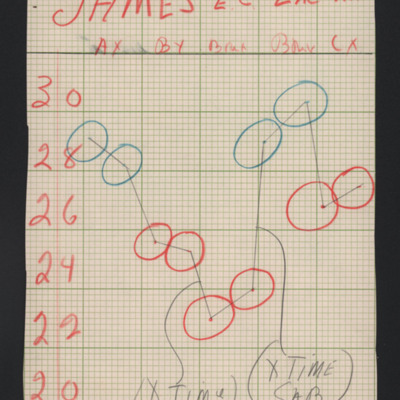 A graph produced by Cyril. 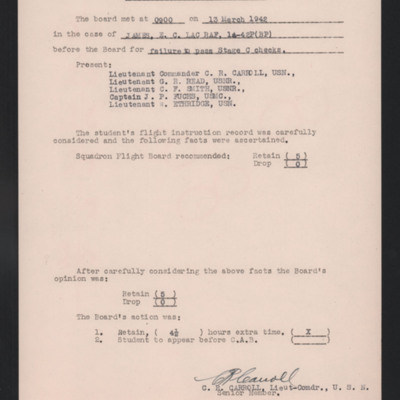 Cyril failed to pass his stage C checks but the board allowed him 4.5 hours extra training. 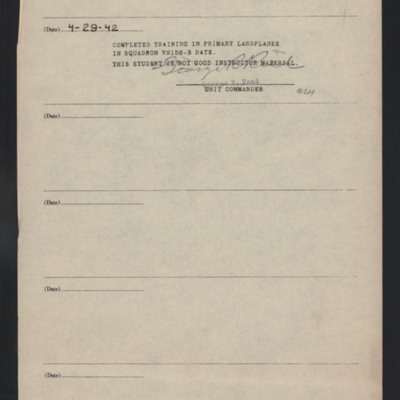 A report referring to training. 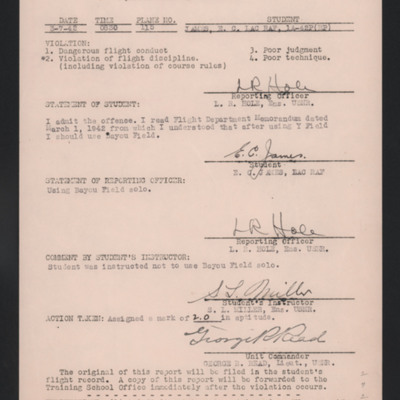 A report on a violation of flight discipline by Cyril. 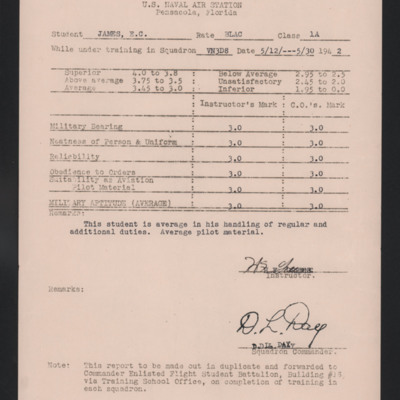 A report issued to Cyril summarising his non-flying suitability.
There are two copies 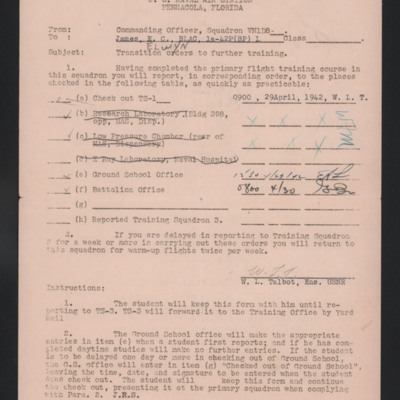 Orders issued to Cyril James with respect to his training. 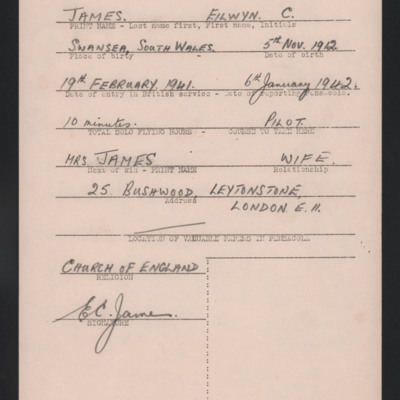 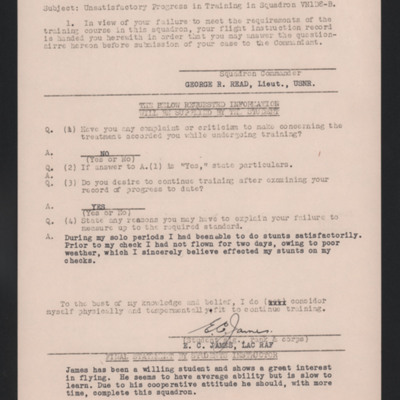 A form completed by Cyril referring to his performance. He is instructed to undertake further training to bring his standard up to the required level. 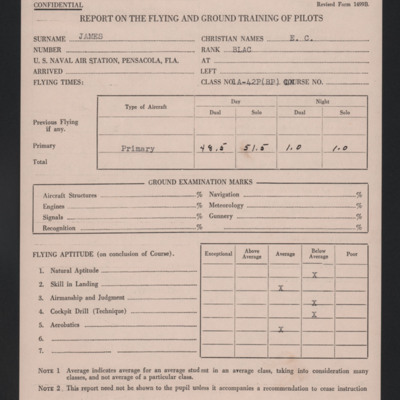 Two fortnightly reports issued to Cyril during his training. 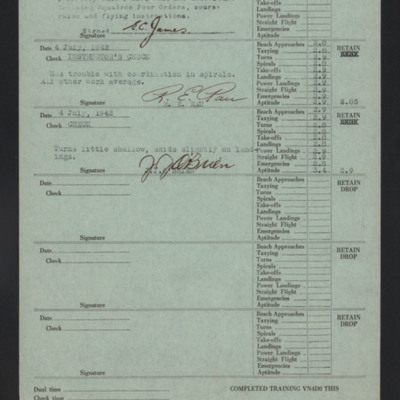 A record of Cyril's check flights 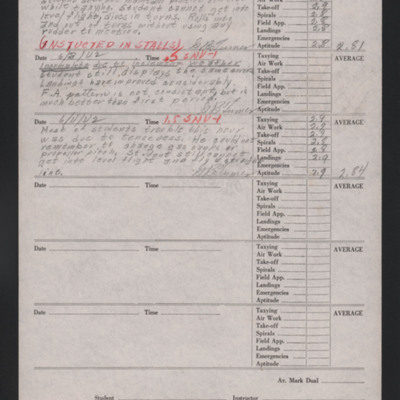 A report issued to Cyril regarding his dual instruction. 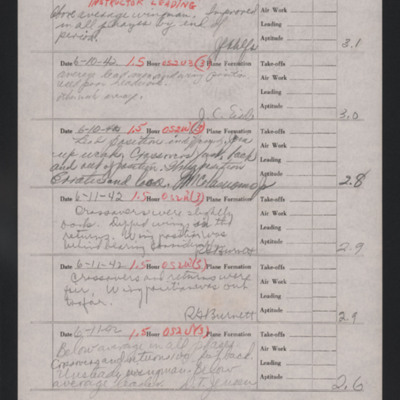 A report issued to Cyril covering his formation flying. 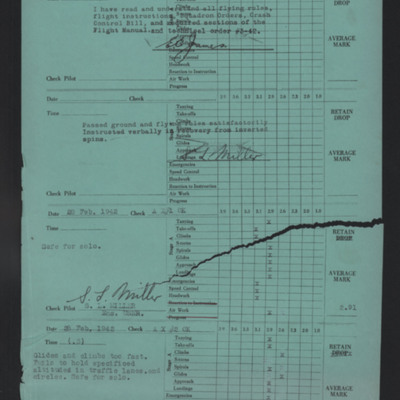 A record of check flights undertaken by Cyril. 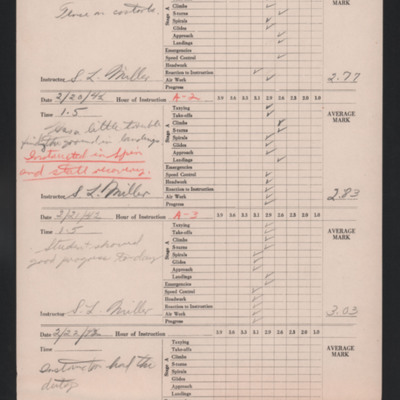 A report covering each dual flight undertaken by Cyril. 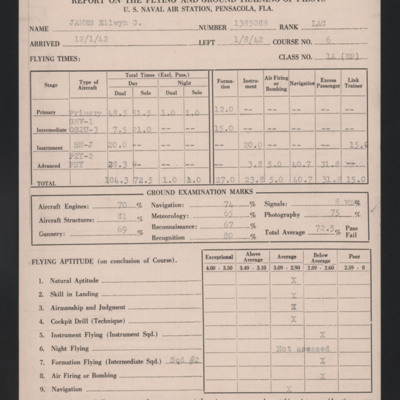 A report issued to Cyril covering his training with the US Navy.
A second report only refers to extra formation flying training.
View all 47 items