The collection has been donated to the IBCC Digital Archive by Mr Cook and catalogued by Nigel Huckins. 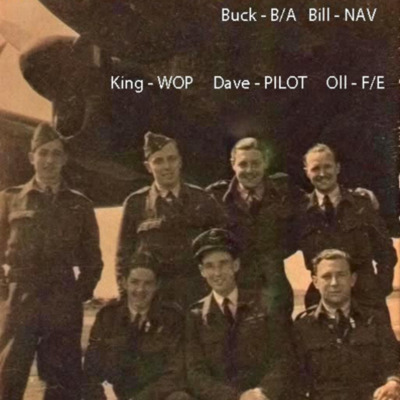 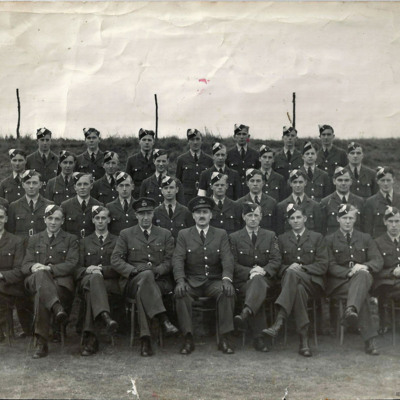 A large group of airmen wearing tunics and side caps sitting and standing in four rows with two officers wearing peaked cap centre of front row. In the background an earth bank, fence and part of a building on left. Submitted with caption; 'PACT… 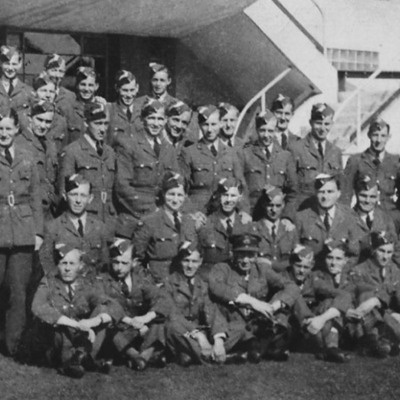 A large group pf men all wearing tunic and all but one side caps sitting and standing in four rows with stairs (right) and building in the background. Submitted with caption; 'No 1 Pactc Kings College Aberdean [sic] 1943 Repaired'. 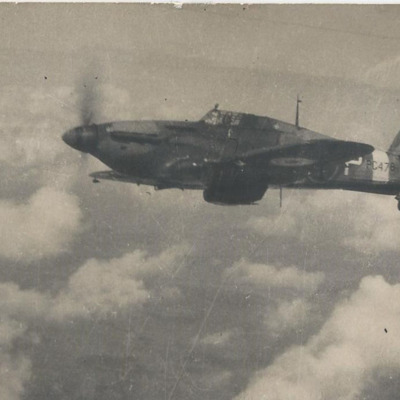 Air-to-air view of a Hurricane registration 'PC476' port side. Submitted with caption; “Fighter affiliation over Metheringham 1943 by OG Cook'. 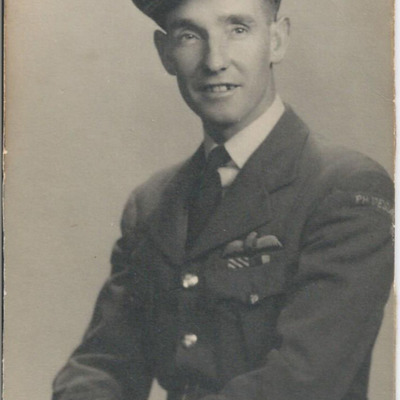 Half length portrait of an officer wearing tunic with pilot's brevet and medal ribbons, and peaked cap. patch on has left shoulder reads; “Rhodesia,” Captioned '… 1944'. Submitted with caption; 'Dad’s Skipper'. 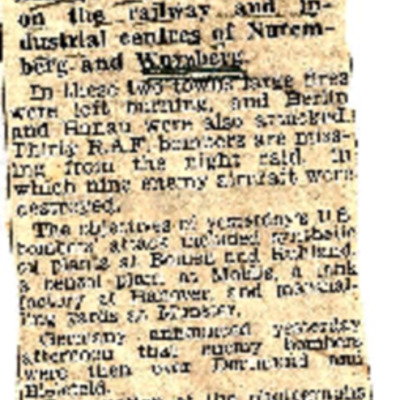 Gives account of attacks on oil targets, tank yards and railyards in Nuremburg and Wurzburg by bomber command and United States Army Air Force. goes on to mention other operations including use of ten-ton bomb at Bielefeld..

The Boys who laid the carpet overnight 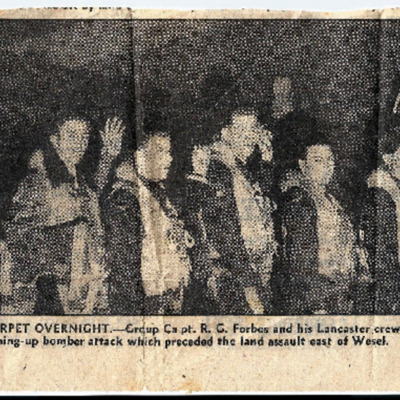 A newspaper cutting showing eight aircrew boarding a Lancaster prior to an operation to Wesel, with attached smaller clipping regarding the congratulations sent by General Dempsey to A Harris following operation to Wesel prior to the crossing of the…
View all 7 items