The collection has been donated to the IBCC Digital Archive by R Miles and catalogued by Barry Hunter.

A group of 13 Wellingtons under maintenance. Information supplied with the collection identifies this as No 30 Operational Training Unit. 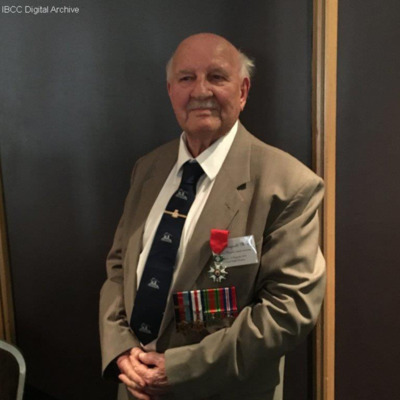 A half length portrait of Reg with five medals. 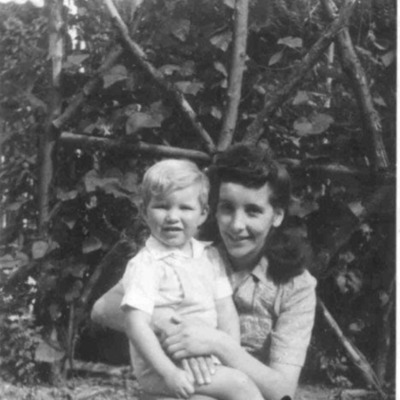 Reg's wife Phyllis and his son.

Legend - An Interior View of a Lincoln Bomber 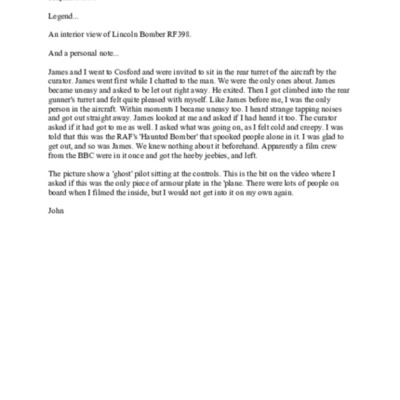 An email to Reg Miles from John about a Lincoln at Cosford. It has a reputation for being haunted.

Three Young Men Meet in 1943 while on Leave 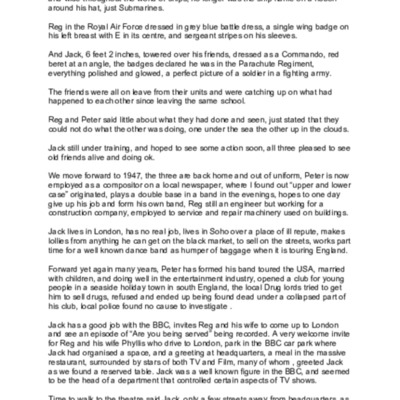 Three friends meet during the war then Reg relates what happened to them after the war. One dies in mysterious circumstances after a successful musical career. One, formerly a black marketeer work for the BBC. He takes Reg to a recording that he is… A detailed Biography of Reg' service and post service life. 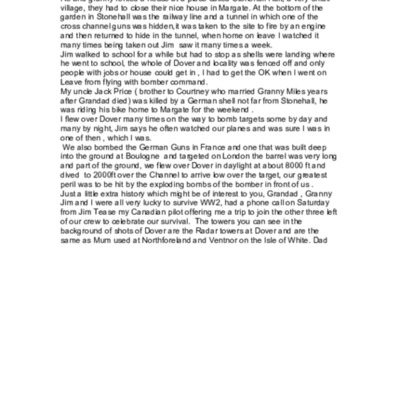 A brief biography of Grandad Miles. He spent the war in Dover repairing and constructing buildings. Reg discusses flying over Dover in bomber attacks near Boulogne. 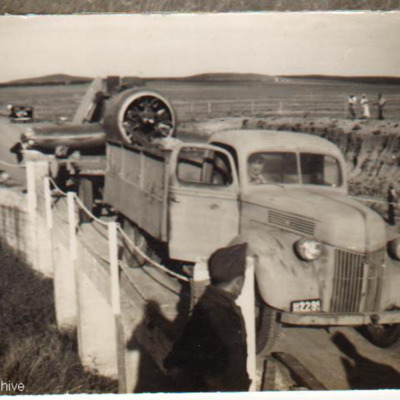 Two photographs of a Master on a trailer being towed over a bridge. 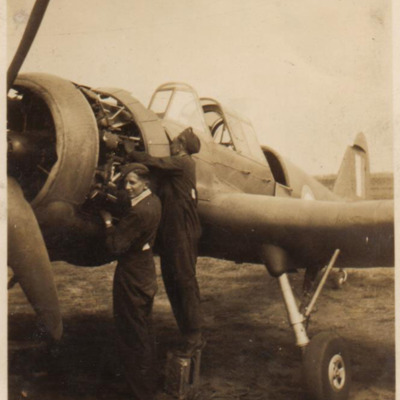 Two ground crew at work on the engine of a Master. 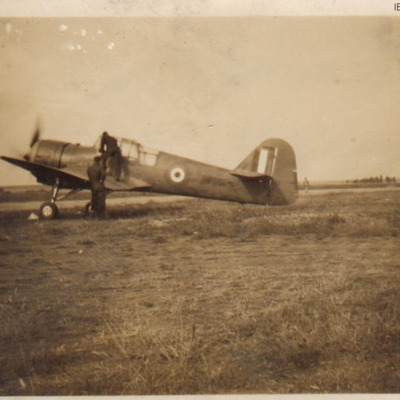 A port side view of Master 2861 with its engine running. Two airmen are standing by the cockpit.

Miles Master on a Trailer 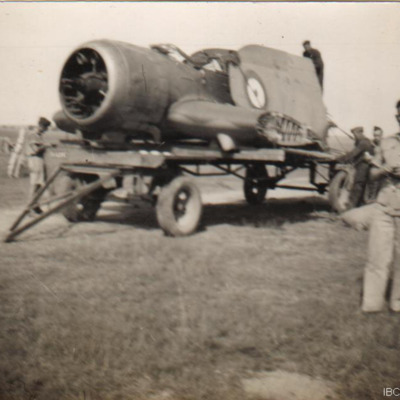 Two photographs of a trailer with a dismantled Master.
Photo 1 has five airmen involved in the final loading of the aircraft.
Photo 2 has a sergeant in khaki is posing in the foreground. Five other crew are involved in other tasks. 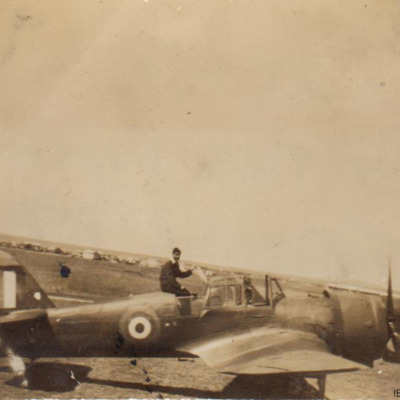 A Miles Master with an airman sitting at the back of the rear cockpit. 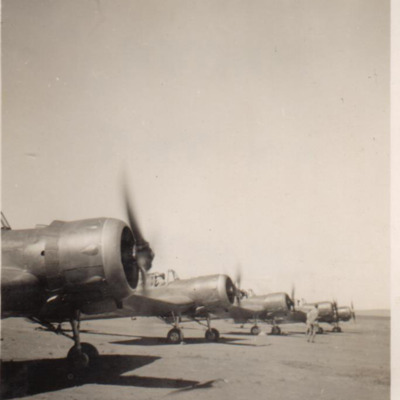 A line up of five Masters. 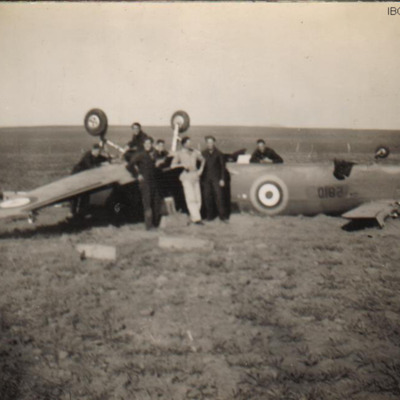 Two photographs of an upside down Master aircraft 2810.
Photo 1 is a side view with eight airmen.
Photo 2 is a front view with 12 airmen. 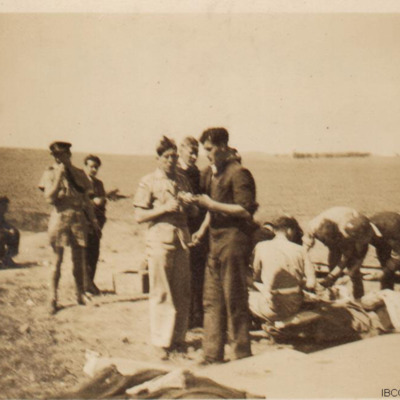 A lunch break during the recovery of a damaged aircraft. 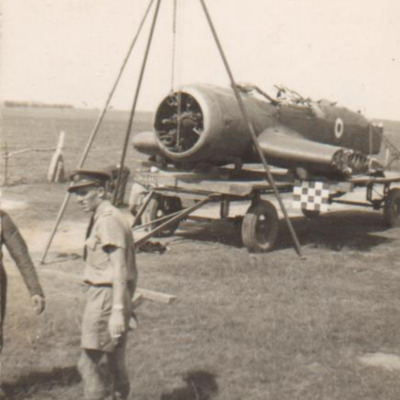 Three photographs of sheerlegs being used to crane a damaged Master aircraft onto a trailer.
In photo 1 at the front an officer is in khaki and shorts.
In photo 2 ten airmen are working on the recovery.
Photo 3 is an earlier stage during the… 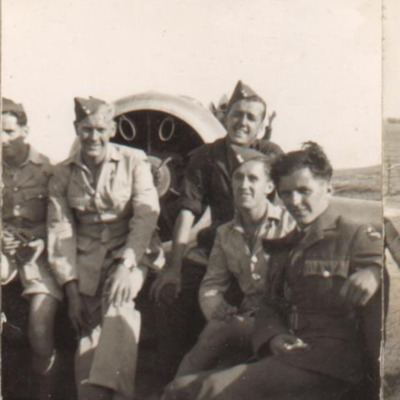 Two photographs of ground crew on a truck with the fuselage of a damaged aircraft.
Photo 1 has five airmen.
Photo 2 has seven airmen. 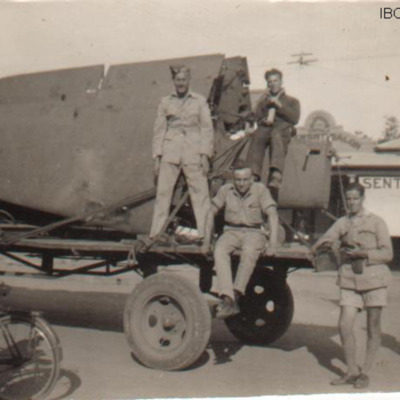 Three photographs of an aircraft on a trailer.
Photo 1 is of five airmen around a truck with a damaged aircraft.
Photo 2 is the aircraft about to move watched by boys.
Photo 3 is a group of nine airmen at the rear of the trailer.
Information…

Man on a Bench with Three Boys and a Dog 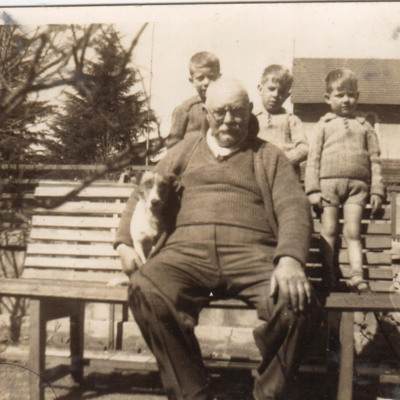 A man seated on a bench with an arm round his dog. Three boys are standing on the bench behind him. 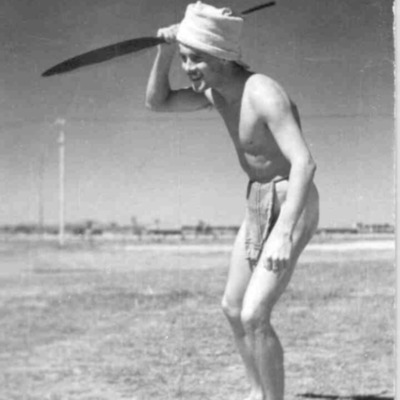 Jock dressed as a Zulu warrior with a loin cloth and an assegai. 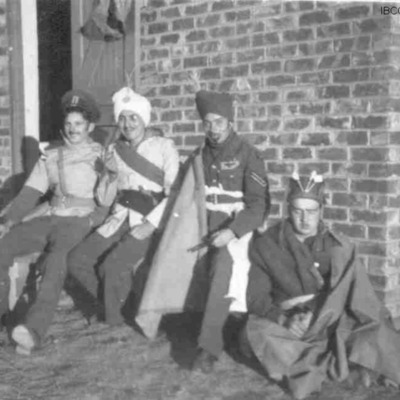 Four airmen in fancy dress sitting outside a brick building. 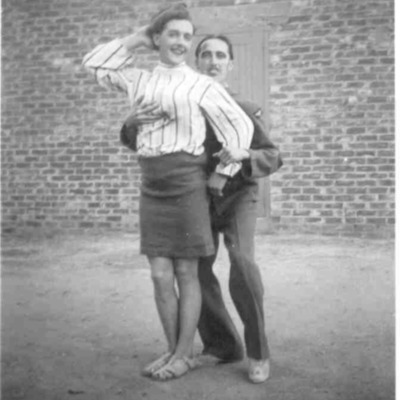 One man dressed as a woman with the second in uniform with his hands round her. 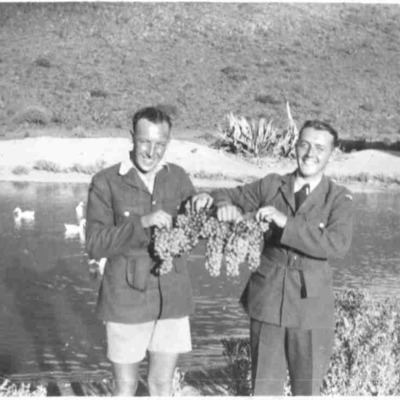 Two photographs of two airmen with bunches of grapes, beside a pond. 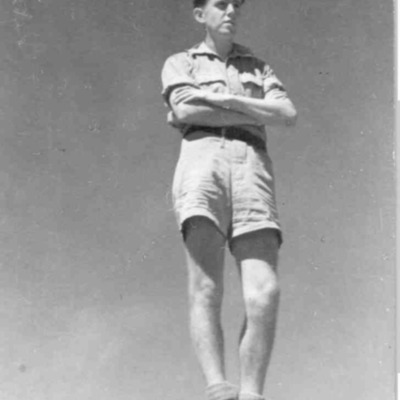 Jock Gardener in khaki and shorts standing on a fence with his arms crossed.
View all 102 items