59 items. Flight Lieutenant John Ernest Francis 'Mitch' Mitchell. Joined the RAF as a boy entrant in 1934 and trained as a wireless operator. Flew on Vickers Virginia, Handley Page Heyford and Whitley before the war. Completed an operational tour on Whitley 1939-41. After being rested he flew a second tour of operations as a wireless operator with 207 Squadron before retraining as a pilot post war. Collection contains his flying logbooks, memoires of his air force career and first operations, lists of his operations, correspondence and photographs.

The collection has been donated to the IBCC Digital Archive by C A Wood and catalogued by Nigel Huckins. 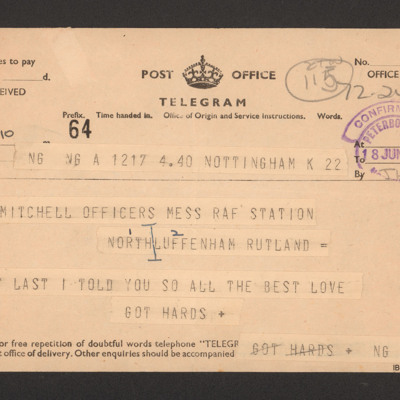 'At last, I told you so, all the best from Got Hards.' 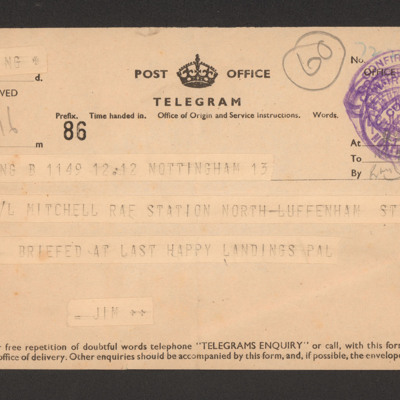 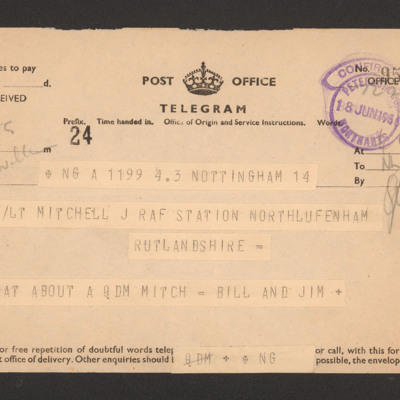 'What about a QDM Mitch' from Bill and Jim. 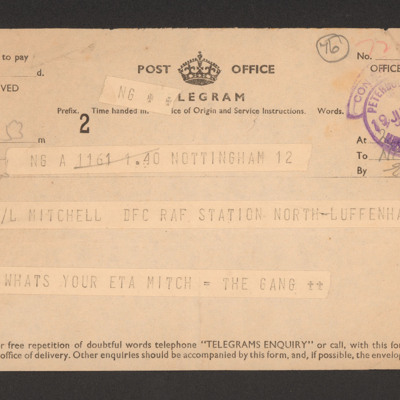 'What's your ETA Mitch' from the gang. 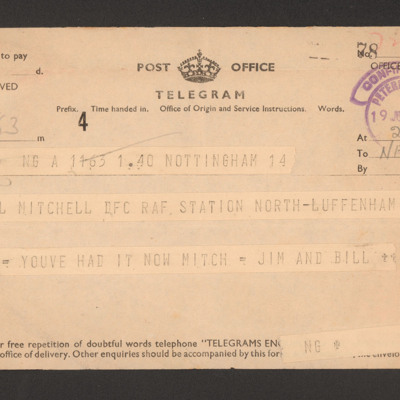 'You've had it now Mitch' from Jim and Bill. 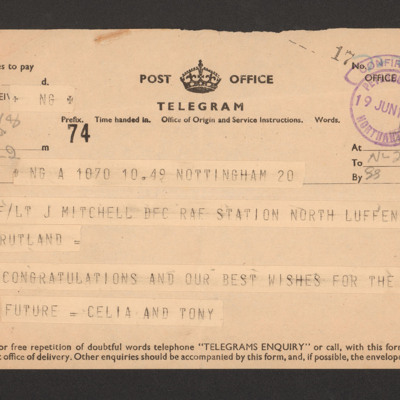 'Congratulations and best wishes for the future' from Celia and Tony. 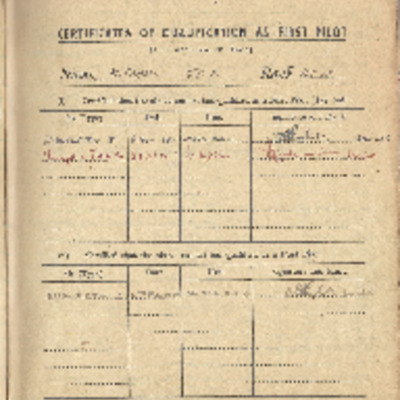 L Mitchell’s air gunner’s flying log book covering the period from 1 July 1936 to 17 September 1941. Detailing his flying training and operations flown as air gunner. He was stationed at Upper Heyford, Driffield, Boscombe Down and Linton-on-Ouse… 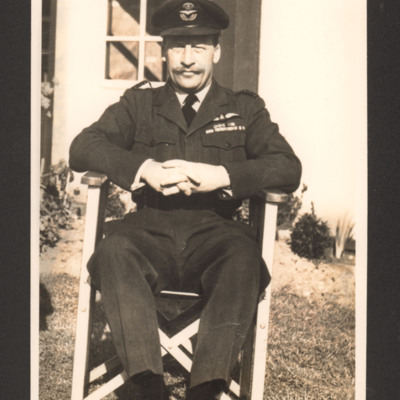 A RAF officer wearing peaked cap and battledress with pilot's brevet and medal ribbons sitting on a chair in a garden with building with window in the background.

Five aircrew climbing aboard a Whitley 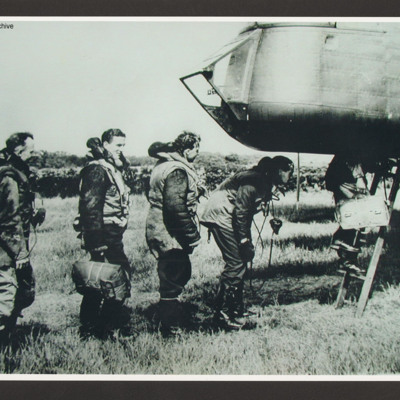 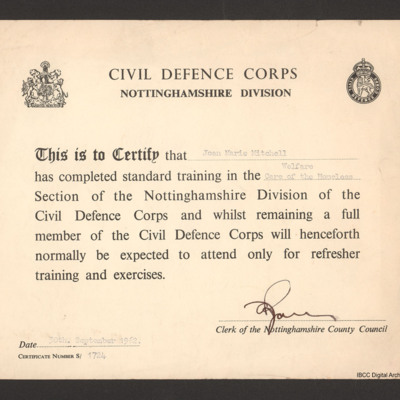 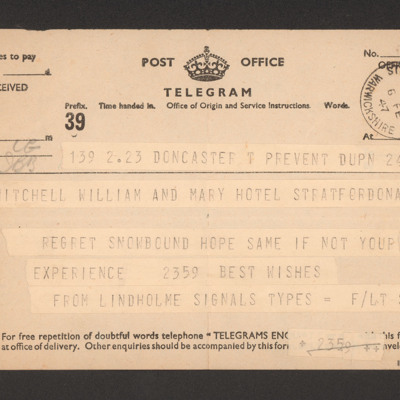 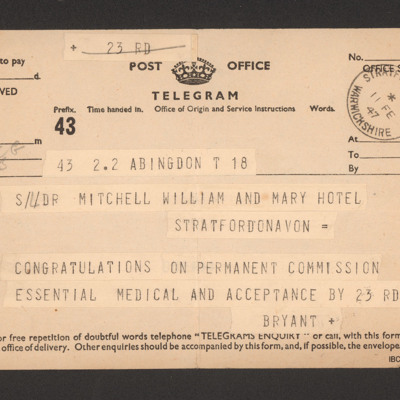 Congratulations on permanent commission. Essential medical and acceptance by 23rd Feb from Bryant 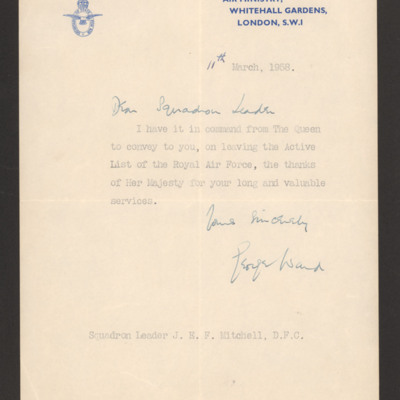 Thanks from the Queen for his long and valuable service. 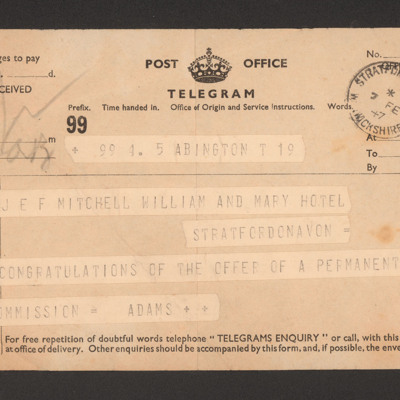 Congratulations of the offer of a permanent commission From Adams. 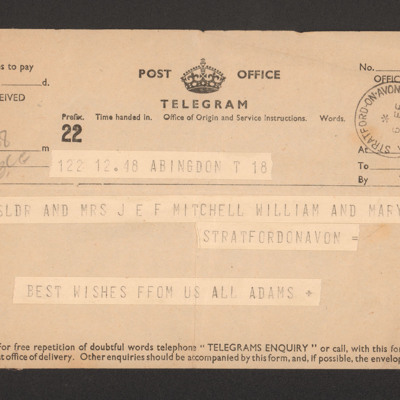 Best wishes from us all Adams 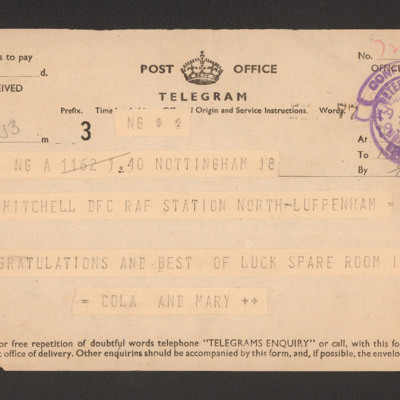 'Congratulations and best of luck spare room is ready' from Cola and Mary. 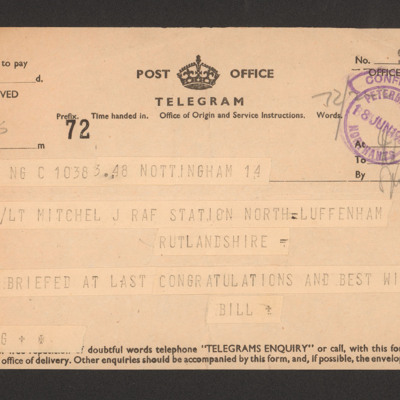 'Briefed at last congratulations' from Bill. 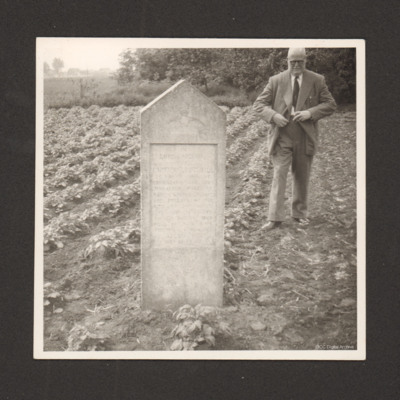 Stone tablet in field noting that Captain Albert Ball fell on this spot fighting gloriously 7th May 1917. A gentleman wearing suit stands behind stone. On the reverse 'A Ball UC'.

Avro 504A Biplane upside down in pond 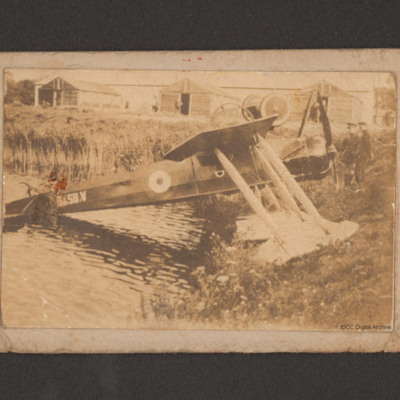 A biplane A857[?] upside down with tail in a pond with top wing on bank. Two servicemen look on from the right. In the background wooden buildings.

Man placing flowers on a grave 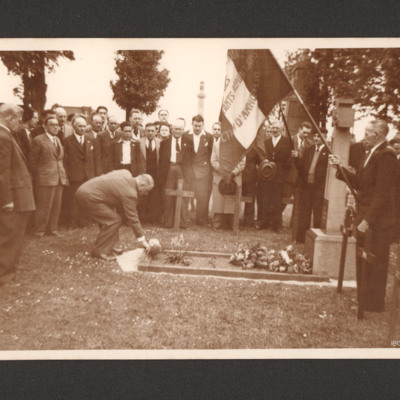 A man wearing overcoat crouching down laying flowers on a grave. A man with flag stand on the right. They are surrounded by men and women watching. On the reverse 'A Ball UC France'. 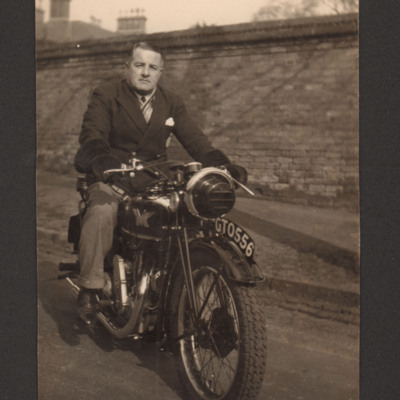 A man wearing dark overcoat sitting on a Matchless G3 motorbike. In the background a brick wall. On the reverse ' C Ball'. 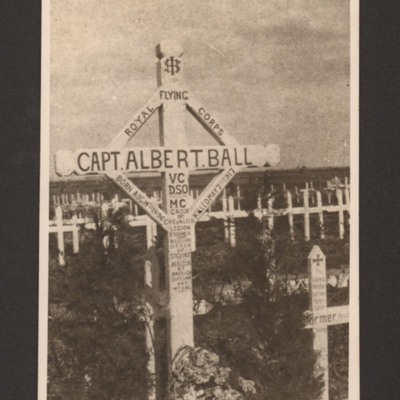 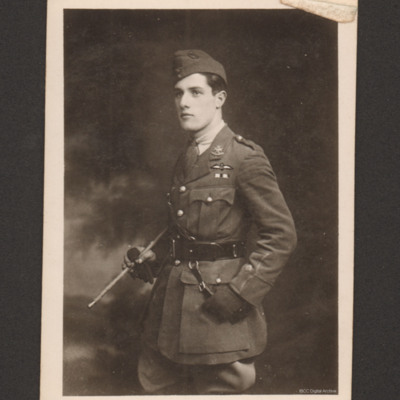