Nine items. The collection concerns Flight Lieutenant Arthur John Tindall DFC (1388739 Royal Air Force) and contains his log book, documents and photographs. He flew operations as a wireless operator with 97 Squadron.
The collection has been donated to the IBCC Digital Archive by June Tindall and catalogued by Barry Hunter. 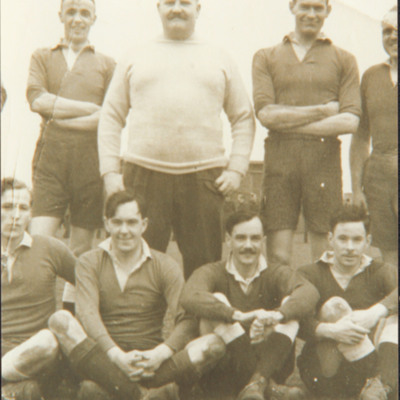 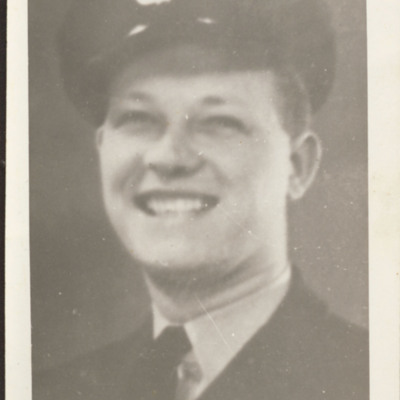 A head and shoulders portrait of Arthur Tindall.

Arthur Tindall and his crew 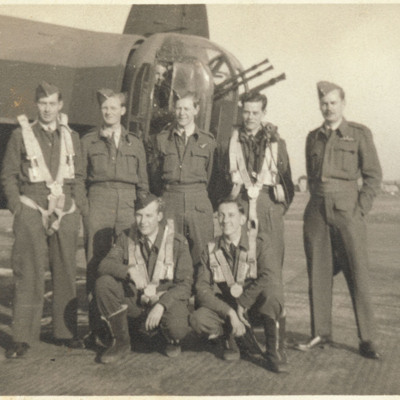 Seven airmen in flying kit, standing by the rear of their Lancaster.
Arthur Tindall is second left.
On the reverse is a photographer's mark '9741'. 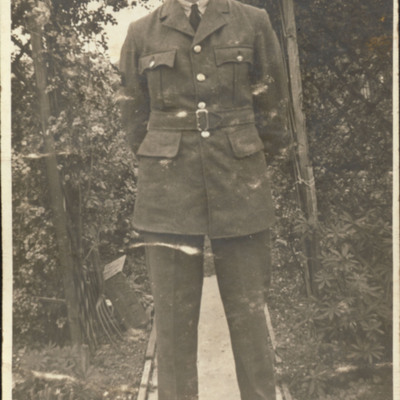 Arthur standing in a garden, in uniform. On the reverse are several annotations -
'Jean MK.I B. 6485.
Welbeck 4001 - A.T.S.'
An address in Alfreton Road, Nottingham that has been overwritten.
'Pointhurst, Casterton Road, Stamford, Linc'.
'6590… 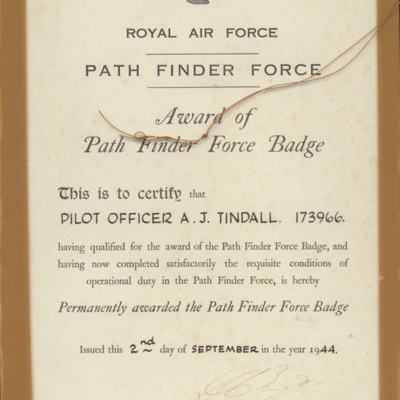 A certificate awarded to AJ Tindall permanently awarding him the Pathfinder Badge. 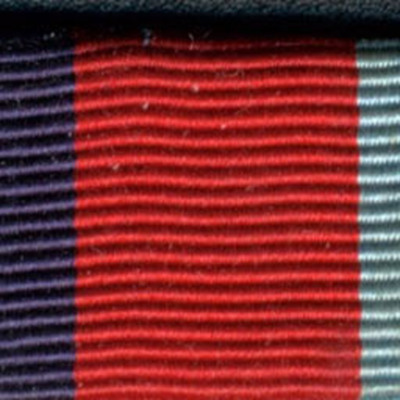 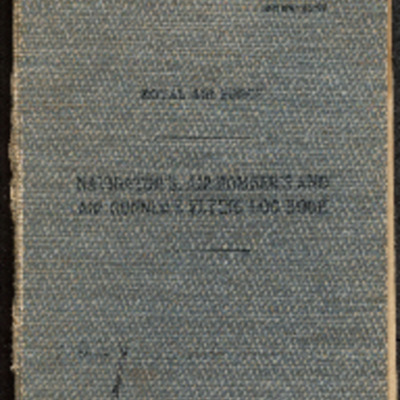 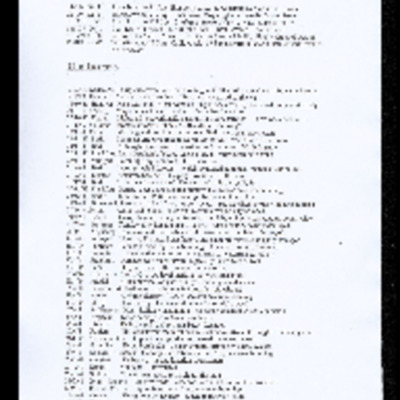 A list of aircraft, operations and details of each operation undertaken by Arthur Tindall. 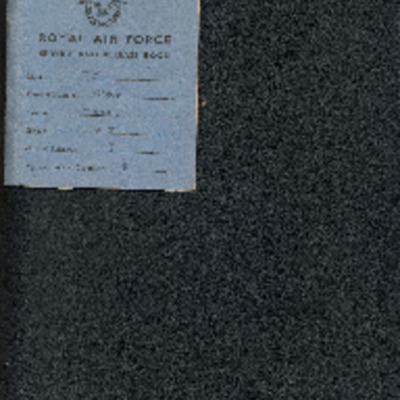