83 items. The collection concerns Pilot Officer Alfred George 'Allan' Edgar DFC (b. 1922, 172180 Royal Air Force) He flew operations as a pilot with 49 Squadron.
The collection has been licenced to the IBCC Digital Archive by Pip Harrison and Sally Shawcross nee Edgar, and catalogued by Barry Hunter.

Alan Edgar as a baby 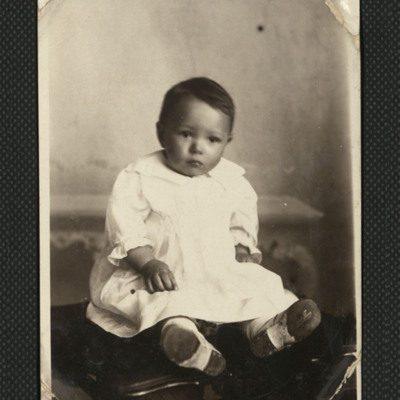 Alan Edgar as a baby, sitting on a low stool. On the reverse 'AG Edgar'. 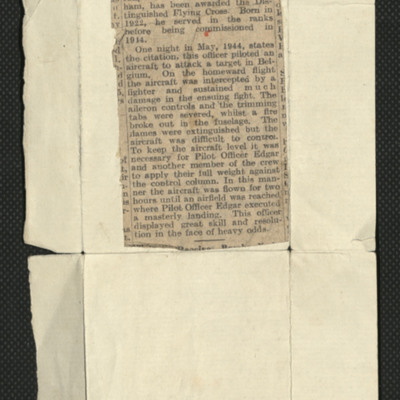 A newspaper cutting announcing the award of a DFC to Alan. It describes the event the night they safely returned to UK with their damaged aircraft.

Recommendation for Honours and Awards (Immediate) 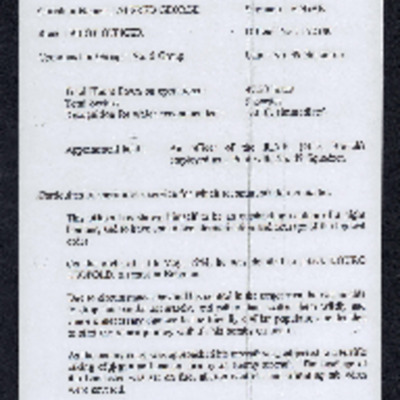 A document recommending an immediate DFC for Alan Edgar. 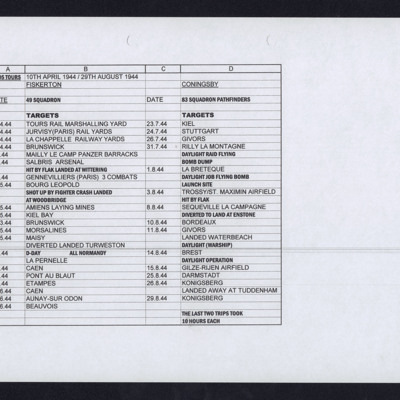 Transcript of interview with Allan Edgar

The memoirs were recorded in 1980 at a reunion at Sudbrooke. He starts by describing crewing up at Silverstone. His opinion of the Stirling was that it was awful on the ground and in the air. His first operation was a second 'dickie' (an observer) to… 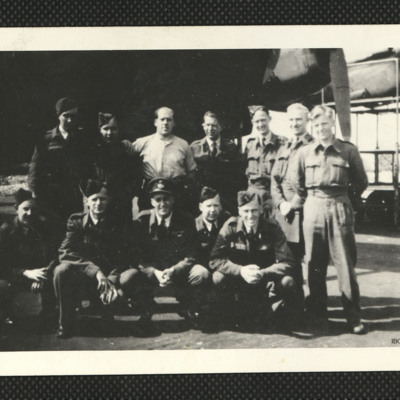 12 airmen arranged in two rows under an aircraft. They are a mixture of aircrew and ground crew. 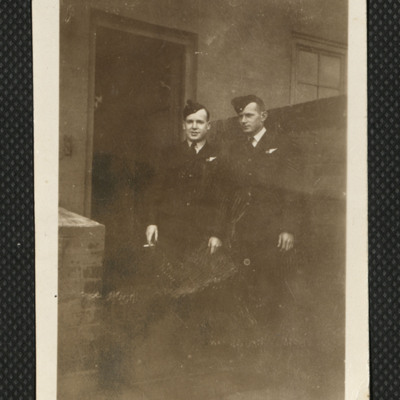 Two members of Alan Edgar's crew standing in front of a brick building. On the reverse 'L to R Allan, Bob 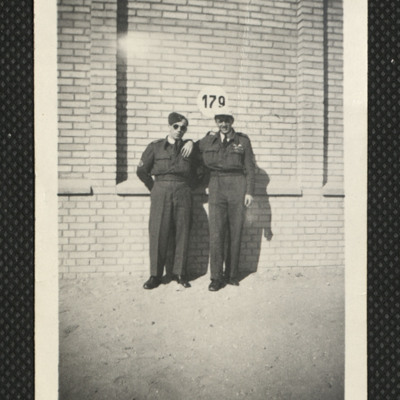 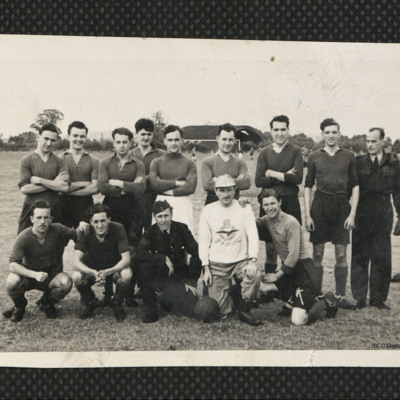 A football team plus four others, one of whom is wearing an RAF crest on his top. 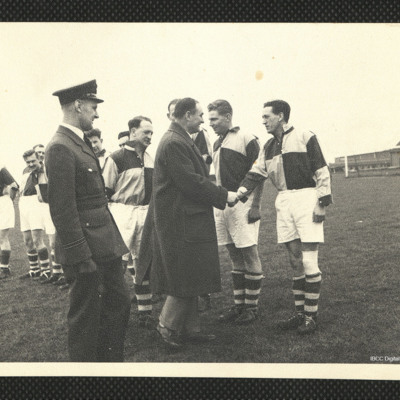 The team is lined up and a civilian is shaking their hands, watched by an officer. 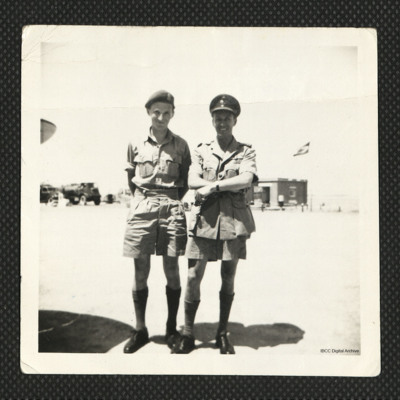 Two airmen in khaki and shorts standing in the sunshine. The man on the right has pilot wings. 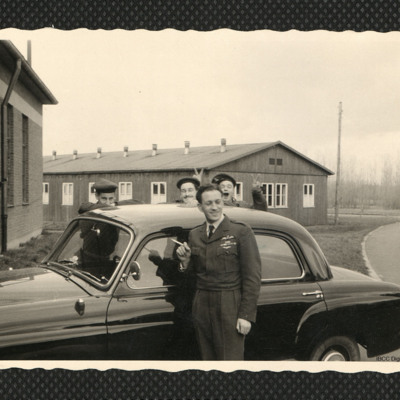 Four airmen including Alan Edgar around a Mercedes-Benz W120 'Ponton' . Alan is smoking and one airman is making V signs. Behind is a large wooden hut. 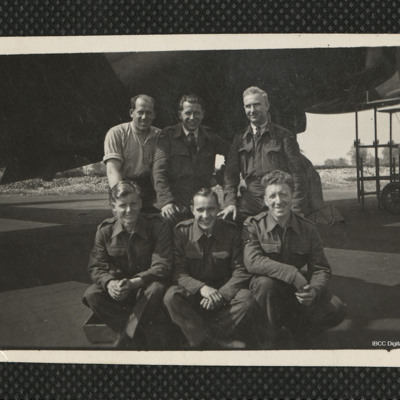 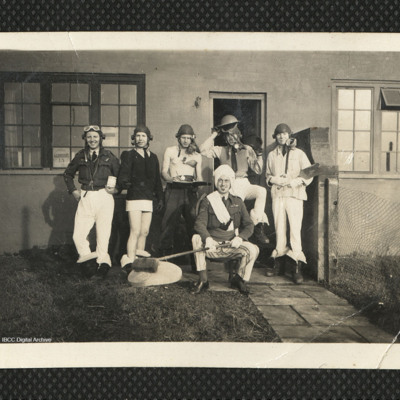 Six airmen dressed up in fancy dress outside a familiar brick building. On the reverse 'All the Mob. Recognise them?' 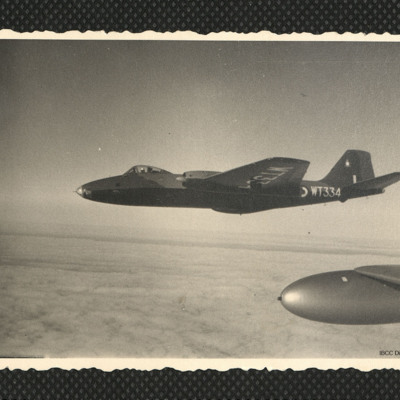 Air-to-air view of Canberra WT334 viewed from the port side. Beneath is a layer of cloud.

Alan Edgar and his crew 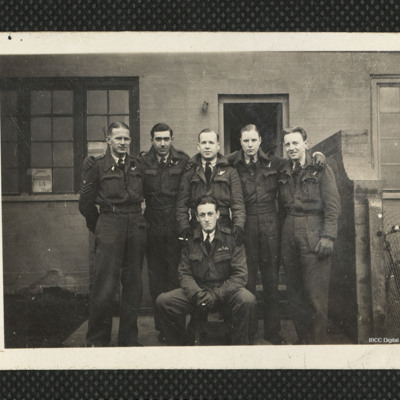 A group of six airmen arranged in two rows in front of a brick building. On the reverse is written
'Left to Right
Bob the Navigator
Don the Rear Gunner
Allan the Air Bomber
Johnny the Mid Upper Gunner
Rid the Wireless Op
Myself'.
A second… 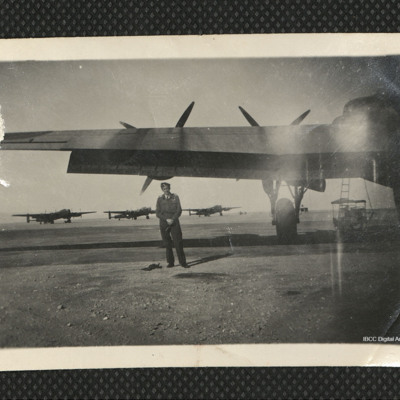 An airman standing under the wing of a Lincoln. In the background are three more Lincolns. 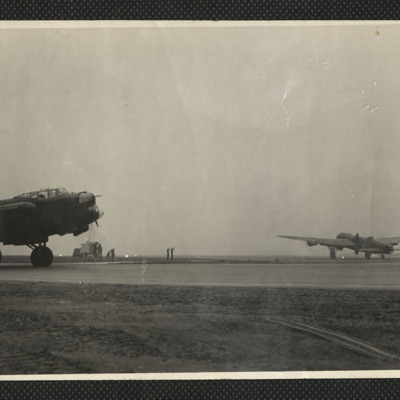 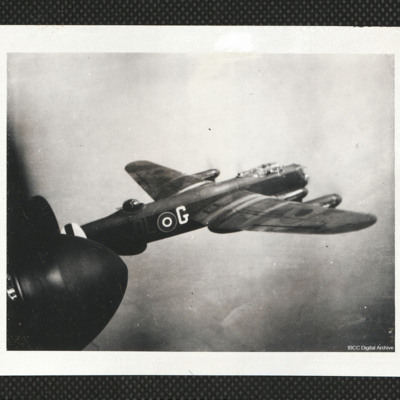 An air-to-air view of Lancaster 'G' in formation with a second. Image is of its starboard side. 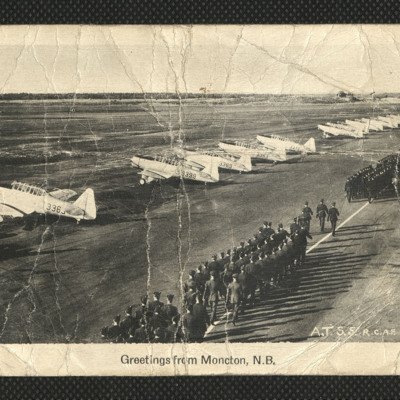 A postcard of 14 Harvards in a line with a parade of airmen marching past. It is captioned 'Greetings from Moncton, N.B.' 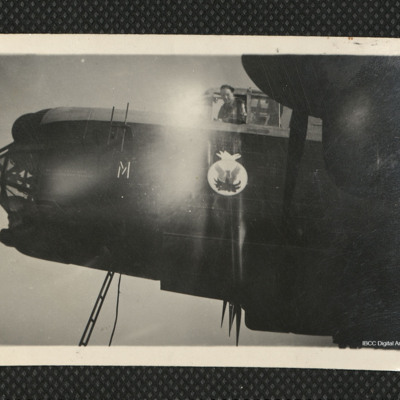 The nose of an Avro Lincoln 'M' with an airman leaning out of the cockpit. 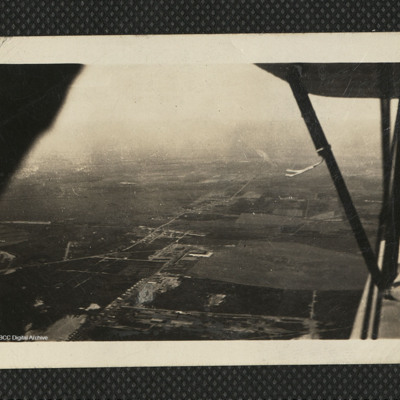 An aerial view of Canadian countryside from a biplane. The wings can be seen on the right side of the image. On the reverse 'The Fleet takes me over Canada's vast countryside. Stanley EFTS July 42'. 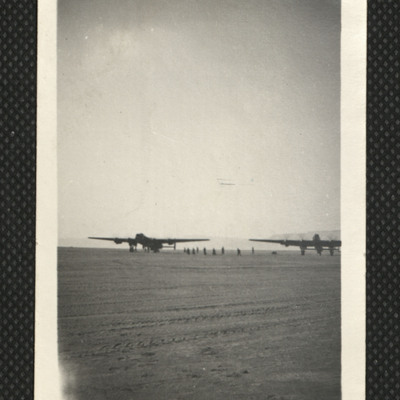 Two bombers with their engines running, Viewed from the side/front. 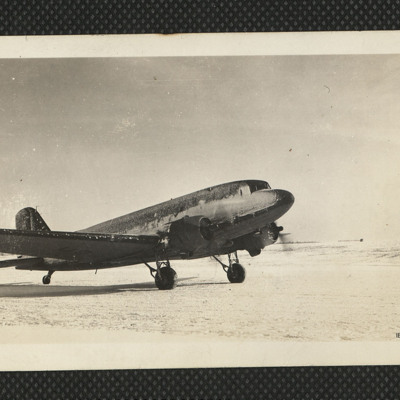 A starboard side view of a C-47, engines running in the snow. It is annotated on the reverse 'A Yankee comes in to show us a big "ship". NUTS. Jan '43'.
View all 83 items