42 items. An album containing photographs of 149 Squadron aircraft and personnel as well as pictures taken in 1946 of some of the bomb damage to German cities.

Photo 1 is Warrant Officer George Bailey at the 90 Squadron memorial.
Photo 2 is a Horsa being towed by a Halifax.
Photo 3 is a Horsa in D-day markings. 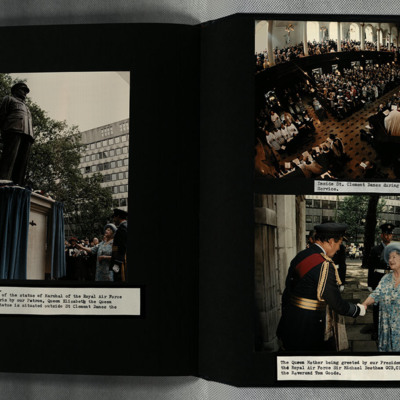 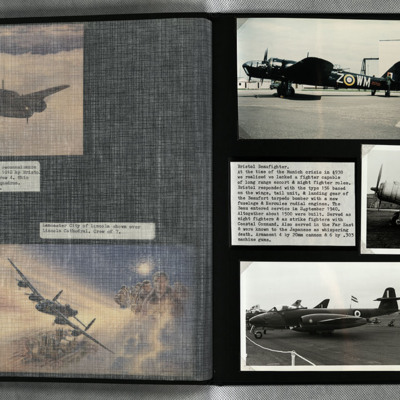 Item 1 is a photo of the starboard side of a Beaufort in flight over clouds.
Item 2 is a card of a Lancaster flying over Lincoln cathedral. 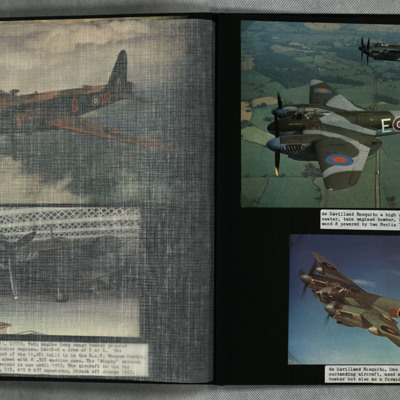 Photo 1 is two Mosquitos flying over countryside.
Photo 2 is a Mosquito in flight, banking for the camera.

Photo 1 is a Wellington, VR-Q Z1572, in flight.
Photo 2 is a view of the starboard nose of a Wellington. The hangar roof is also geodetic construction. 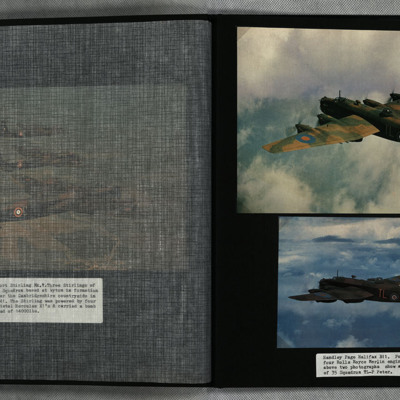 Each photograph views the port side of a Halifax, TL-P, in flight.

A formation of three Stirlings flying over Cambridgeshire. [nb. The album notes suggest these were 15 Sqn aircraft. However by April 1942 when the photo was taken by Charles Brown they had transferred from 15 Sqn to 1651 Heavy Conversion Unit based… 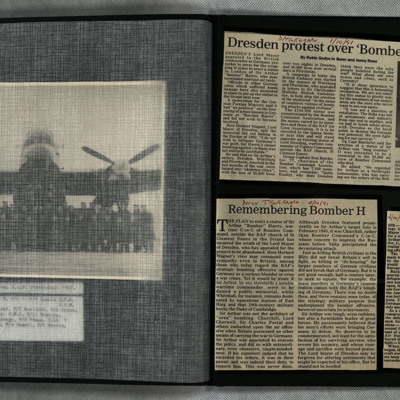 A group of airmen arranged in front of a white painted Lancaster. 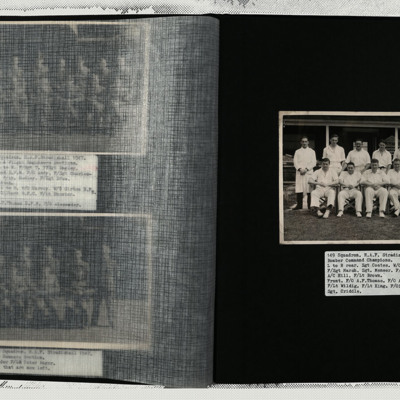 A photograph of the Bomber Command cricket champions. The group includes Arthur Thomas. Each individual is named in the caption.

149 Squadron and Lancaster in North Africa 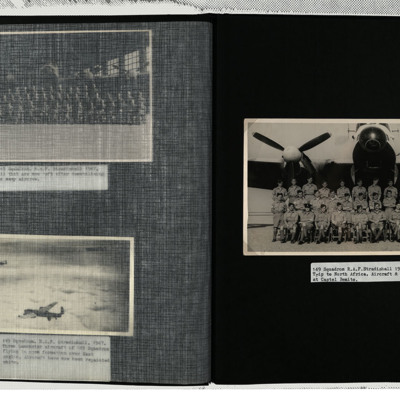 A group of airmen arranged in front of a white painted Lancaster. They are in khaki and the caption reads Castel Benito which is now the international airport at Tripoli. 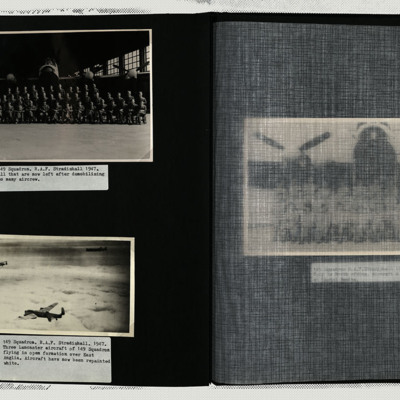 Photo 1 is a group of airmen arranged in front of a Lancaster, parked in a hangar.
Photo 2 is three white painted Lancasters in loose formation flying over clouds. 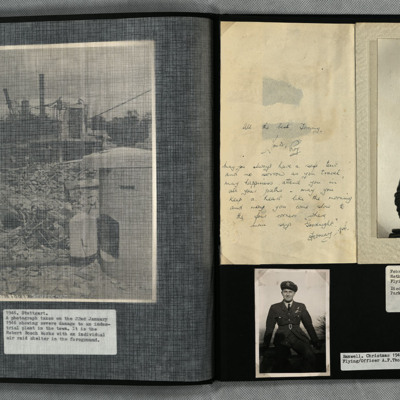 Photo 1 is of Roy Padden, mounted in a card with a personal message to Arthur.
Photo 2 is Arthur in uniform sitting on a fence. 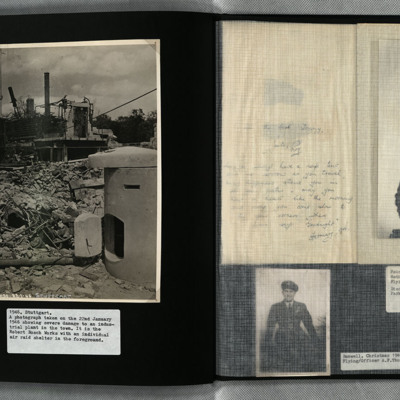 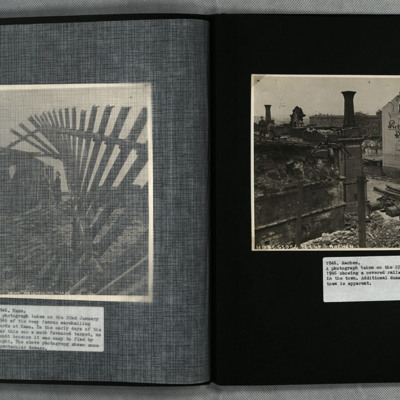 A damaged railway bridge with many damaged buildings in the distance. 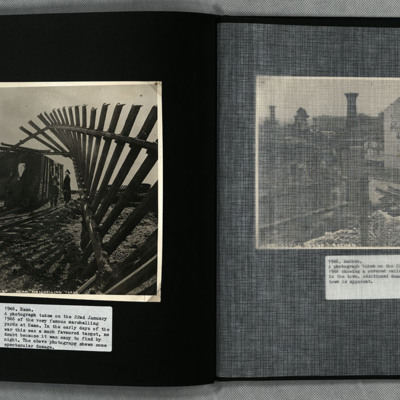 Damage to the marshalling yards at Hamm showing a track twisted in the air. 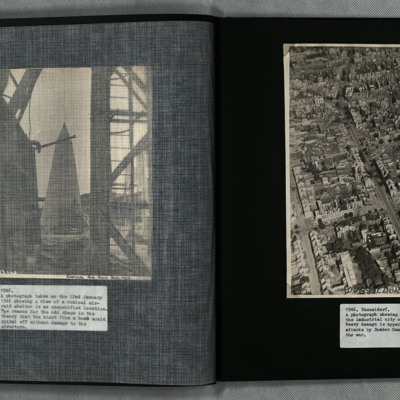 A conical air raid shelter at an unidentified industrial location. 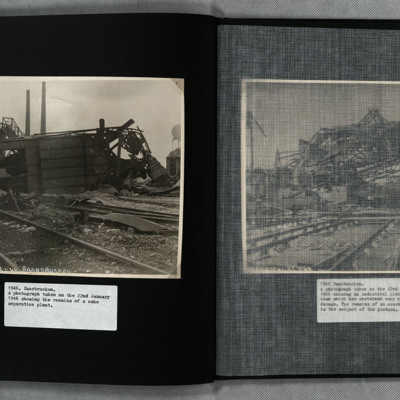 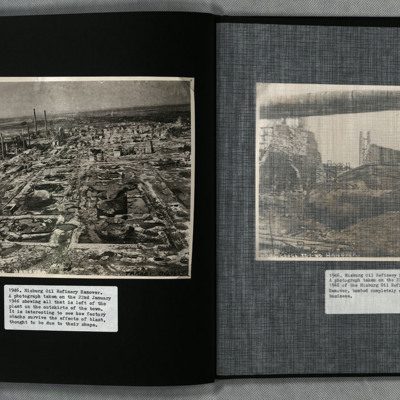 Two photographs showing the remains of the heavily bombed Misburg oil refinery, Hanover. Situated between Misburg-Nord and Misburg-Süd, the site is located west of Anderter Straße. Nearby there are two adjoining canals, Mittelland and Stichkanal… 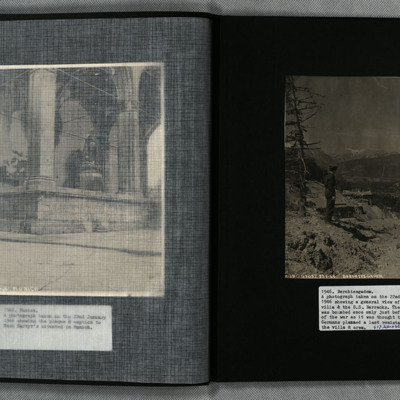 A view of the ruins of Hitler's villa and the SS Barracks. 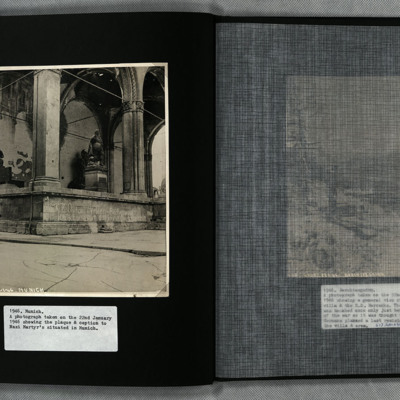 Photo 1 is the ruined facade of Frederick's Museum.
Photo 2 is the staircases of apartment blocks, all that is left intact.
View all 42 items