An album containing 50 pages of photographs of Arthur Froude's family and his pre war career and service as a flight engineer with 90 Squadron. The album also contains family photographs dating from 1900. 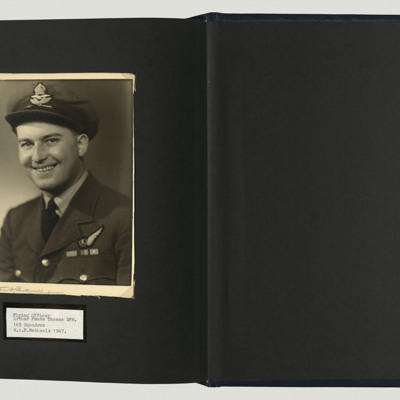 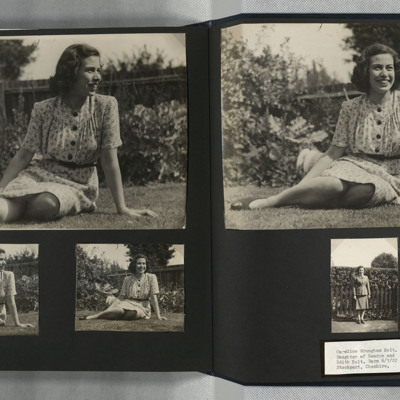 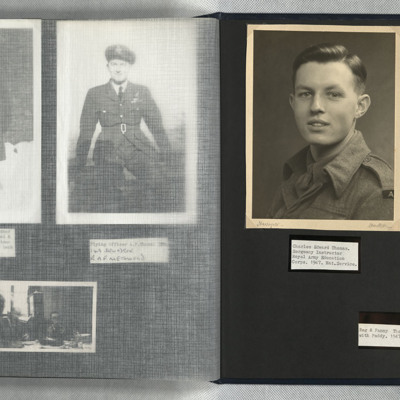 Arthur Thomas and his parents 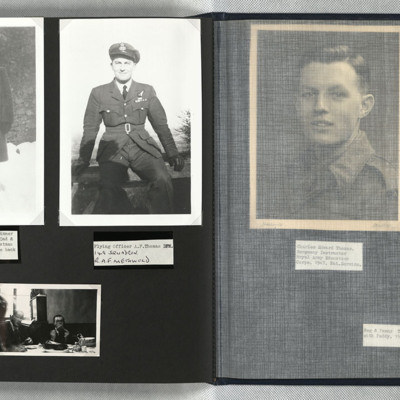 Photo 1 and 3 are the same. Arthur's mother and Ted are standing in the snow, captioned Christmas dinner 1946, in the garden.
Photo 2 is Arthur in uniform sitting on a wall, captioned 'Flying Officer AF Thomas DFM 149 Squadron RAF Methwold'.
Photo…

Alison Mary Thomas and her wedding 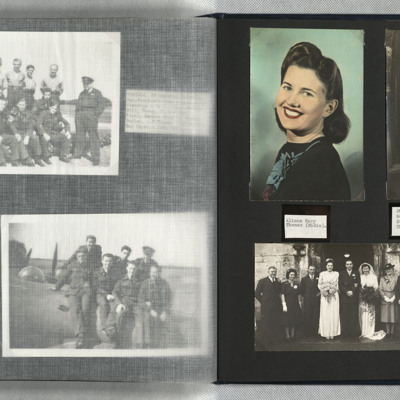 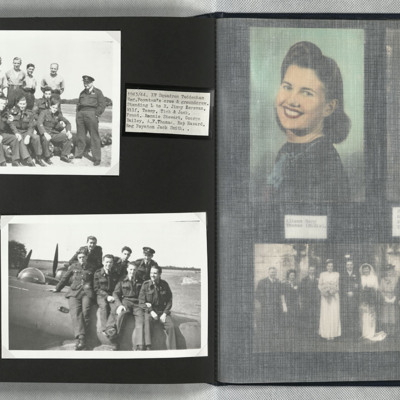 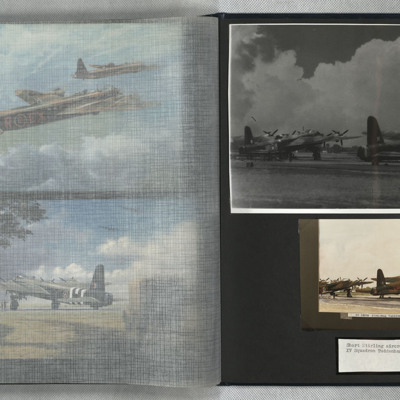 The two images are the same except photo 1 is in b/w and photo 2 is colourised. The view is of starboard side and from the rear. The closest aircraft is WP-V. The colourised image is captioned '90 Sqdn Stirlings Tuddenham 1944'. Note the page caption… 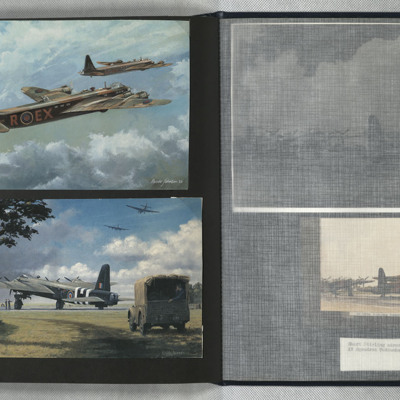 Photo 1 is an air-to-air view of two Stirlings flying in formation.
Photo 2 is a Stirling on the ground with two aircraft flying overhead.

The Marriage of Uncle Froude to Mary Forbes 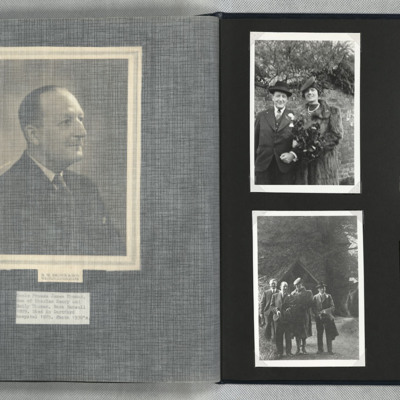 Photos 1 and 2 are the same, they depict the wreck of the Graf Spee in Montevideo harbour.

A Royal Navy cruiser identified as HMS Newcastle. Arthur Thomas' friend Cecil Reid was serving on her when she steamed to the South Atlantic to tackle the Graf Spee.

Len Jones and an Atlantic convoy 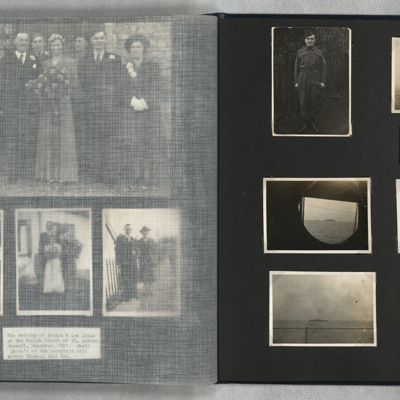 The Wedding of Evelyn and Len Jones

Arthur Thomas at work and play

Photo 1, 2 and 4 are Lance and Lance's store where Arthur first worked.
Photo 3 is Arthur in the store.
Photo 5 is Arthur with Ray Lukins, dressed for cricket.
Photo 6 is Arthur in cricket whites and blazer.

Photo 1 is a charabanc outing. It is an open top bus with a group of unknown people.
Photo 2 is a group of people outside the Ship Hotel, Banwell. There are hounds and hunters identified as the Otter Hound pack.

The two photographs are the same. They are of a group of women and two men, identified as possibly a Harvest Festival in the 1930s. The group includes Arthur's mother, front row, first on left. 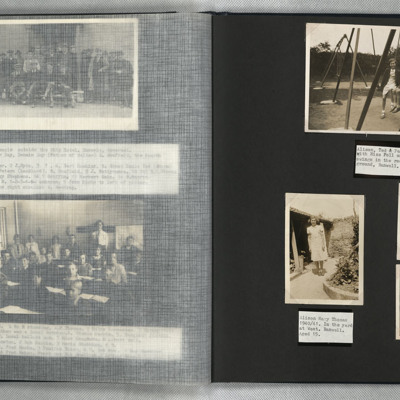