12 photographs of Jaffa, a cover and contents page. 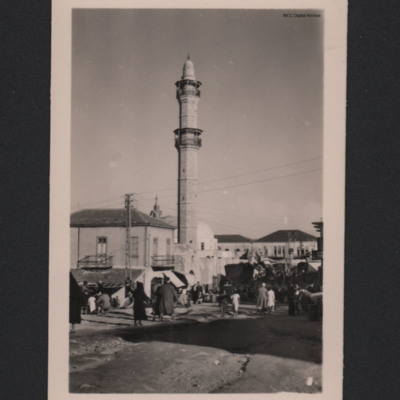 The market with a large minaret behind. 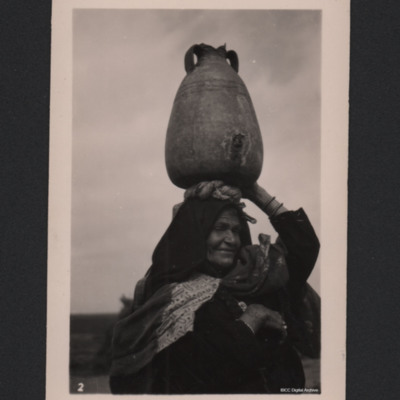 Half length portrait of an Arab woman carrying a terracotta pot on her head. 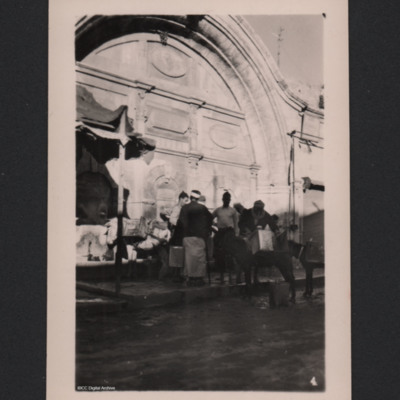 At the well. Four men and two donkeys . 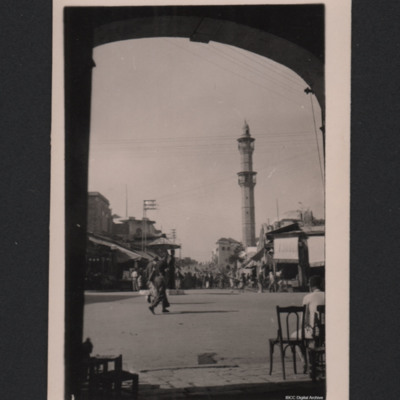 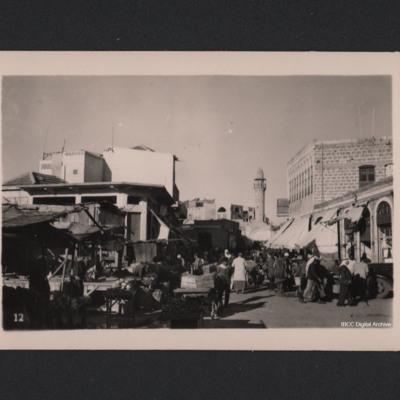 A busy market with a mosque in the background.

Arab women at the well, Jaffa 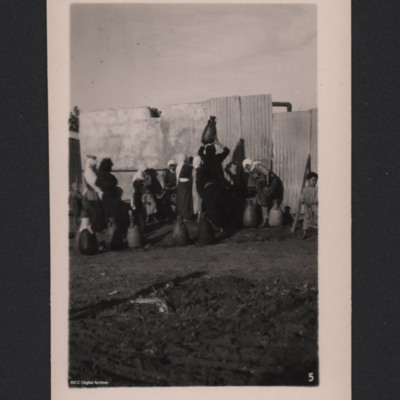 A group of Arab women collecting water from a well. They are carrying the water in traditional terracota pots. 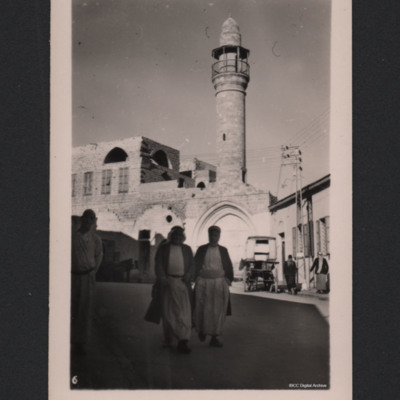 A mosque with a few pedestrians 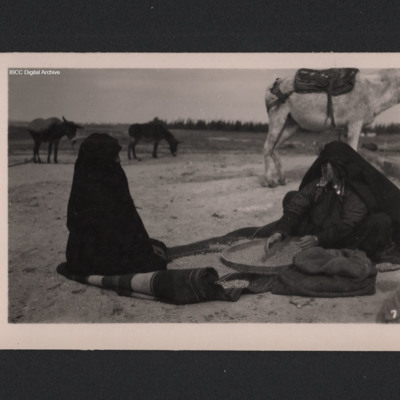 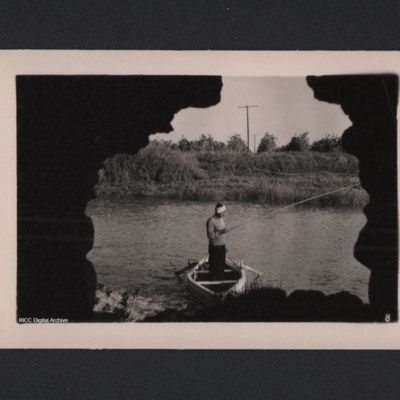 A fisherman standing on a small rowing boat. 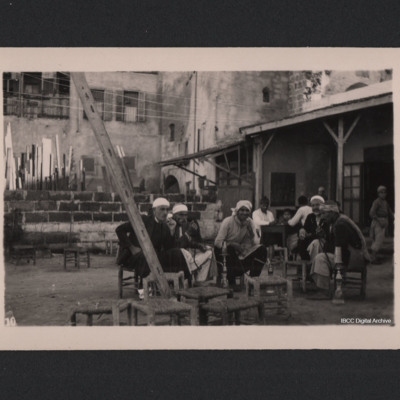 A group of men in a coffee shop. They are smoking hookahs and are seated on low rafia stools. 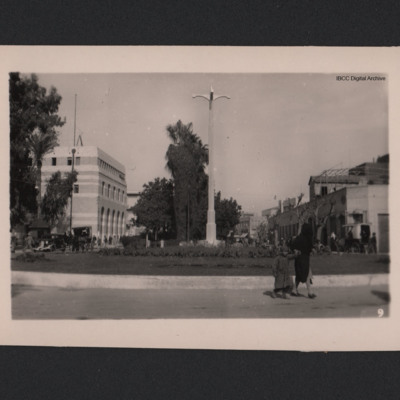 A street scene with a roundabout and an Arab woman and child. 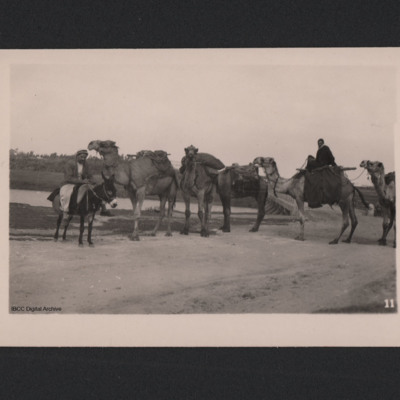 Five camels and a donkey 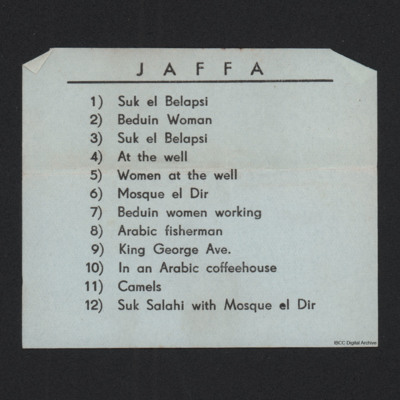 A list of 12 photographs of Jaffa in the album 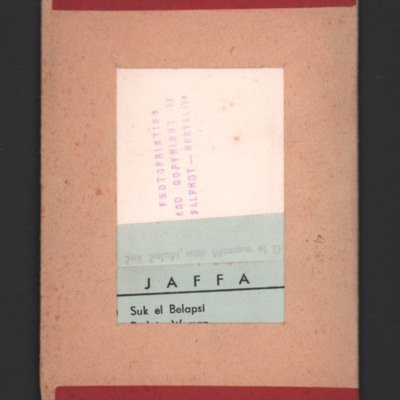