12 photographs of Haifa, a cover and contents page. 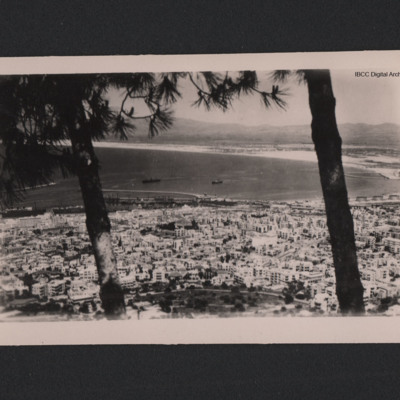 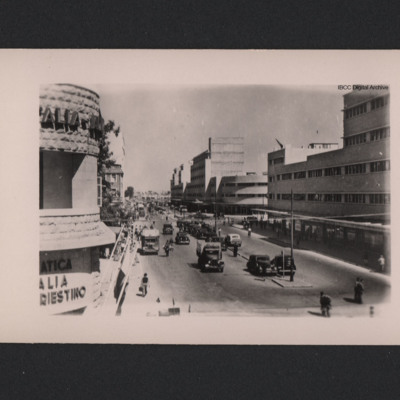 A wide street with a bus, a lorry and many cars. 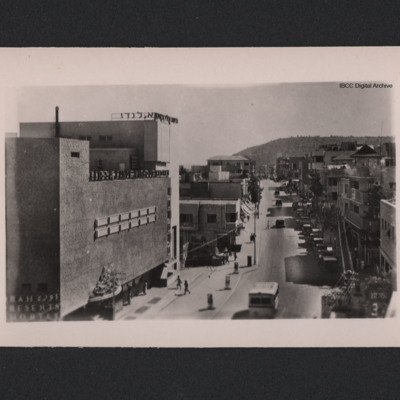 A view looking down on a street. There is a bus and a few cars.

The Road to Mt Carmel 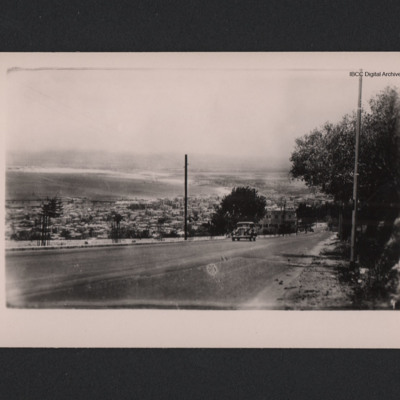 A street view of a car on the road. Behind is the city of Haifa and the crescent shaped bay., 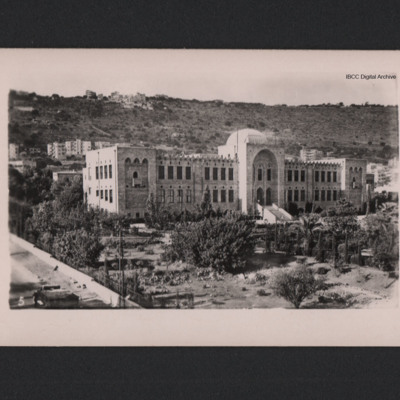 The Old Technion building, a College. 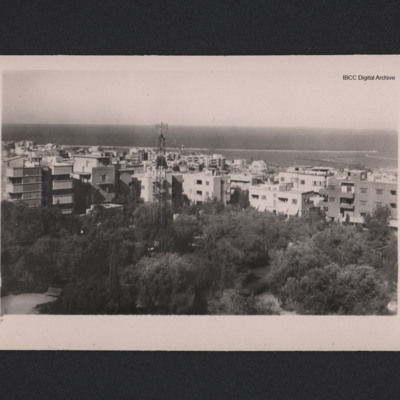 The gardens in the foreground are now known as Bahia Gardens. There is a large Menorah on top of a tower. 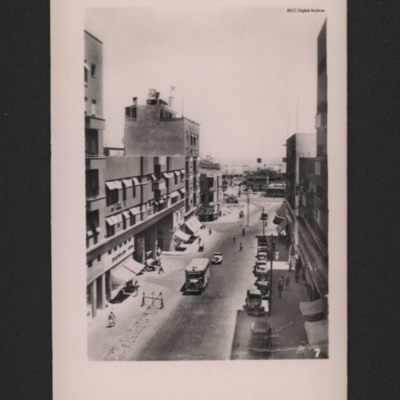 A street scene with a bus and a few cars and only a few pedestrians. 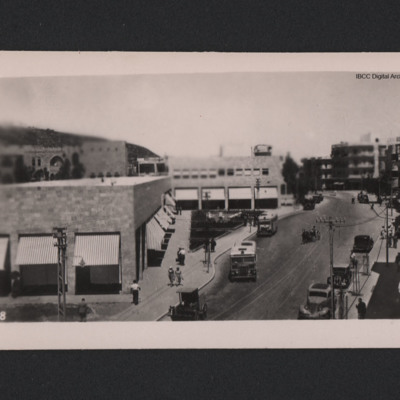 A street scene with a bus and a few cars. 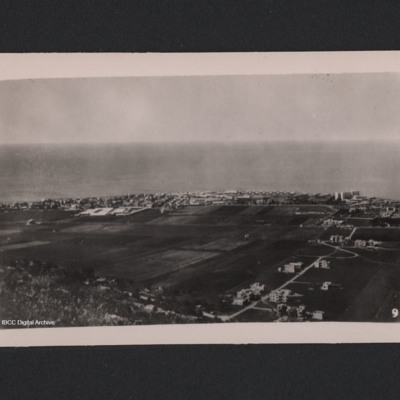 A view from a low hill looking over fields to houses and the coast. 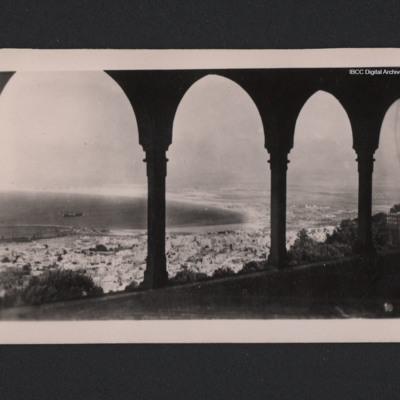 A view over the bay at Haifa, framed by arches. A ship is in the bay. 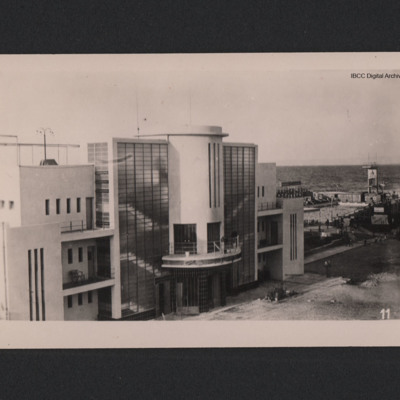 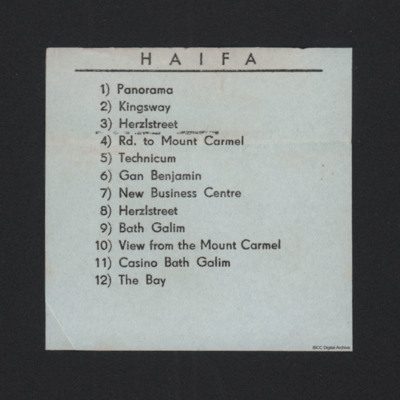 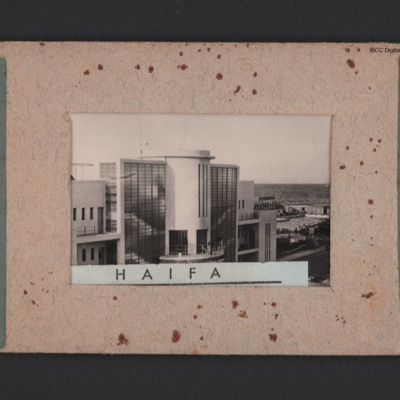