12 photographs of Cairo, a cover and contents page

The Sphinx at Giza 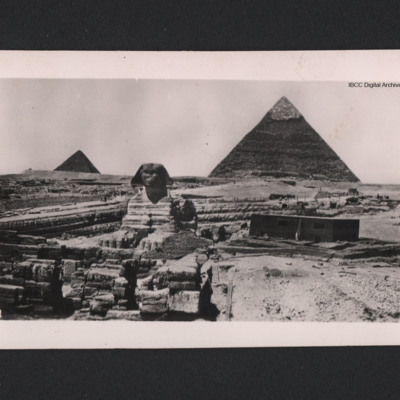 The Sphinx at Giza with two pyramids behind. 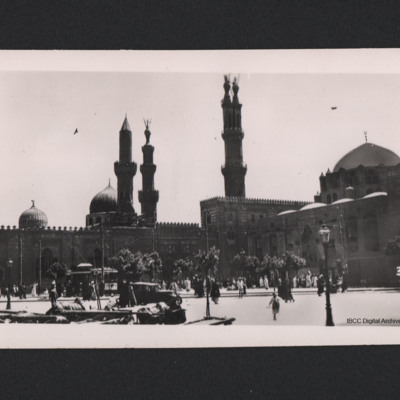 A street scene in front of the el Azhar Mosque 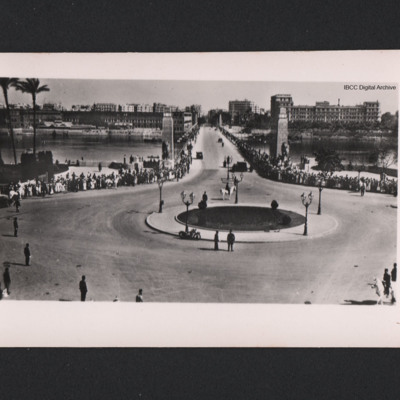 A road bridge across the Nile. Large numbers of pedestrians are waiting on the pavement. Police on horses are doing crowd control. 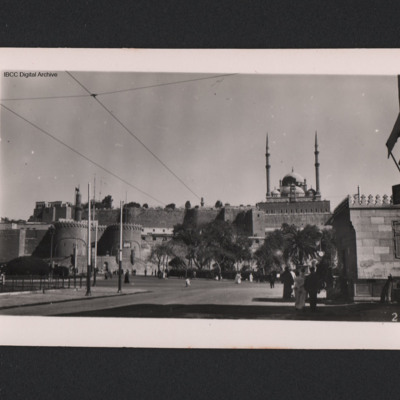 A large mosque identified as The Citadel set on a low hill. 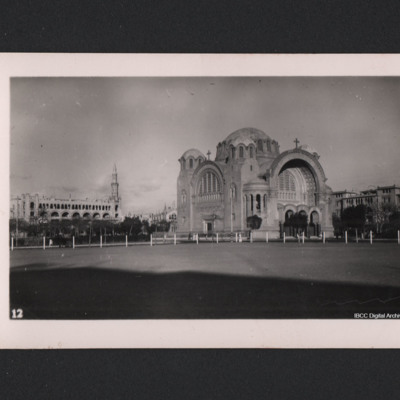 A view of a church identified as the Elizabeth Church in the list of photographs. 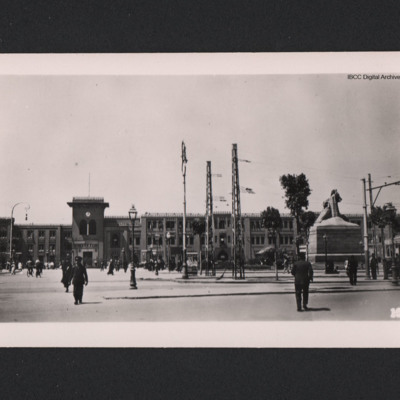 The railway station at Cairo at Bab el Haded Square.

The Pyramids of Giza 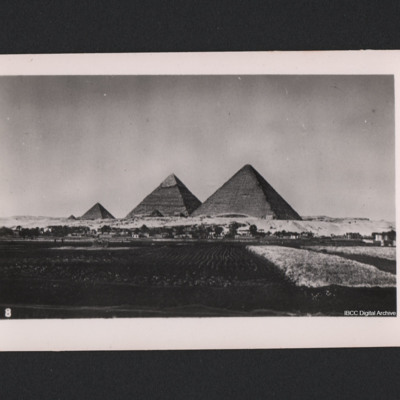 The three great pyramids at Giza. 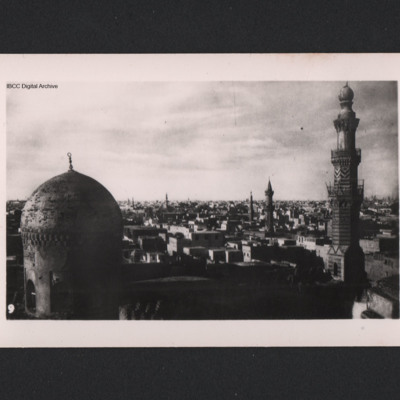 A view of rooftops, mosques and minarets. 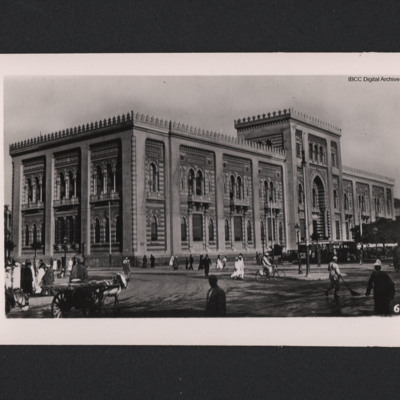 The Museum of Islamic Art, Cairo taken from the side. In the foreground are pedestrians, a cyclist, a street sweeper and a man with a horse and cart. 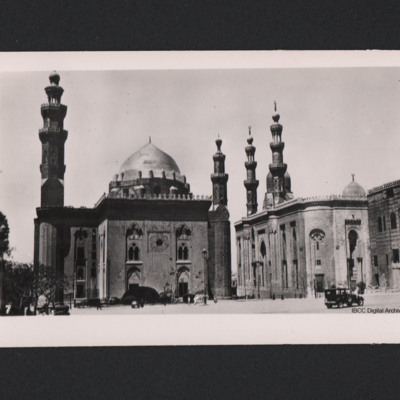 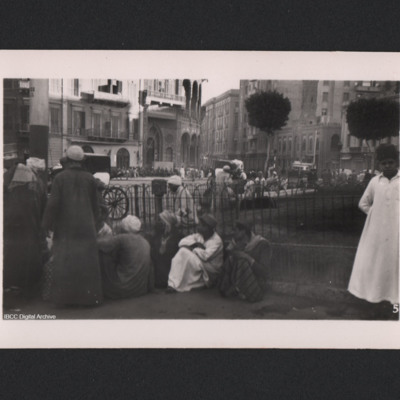 A group of men standing and seated at the side of the road. 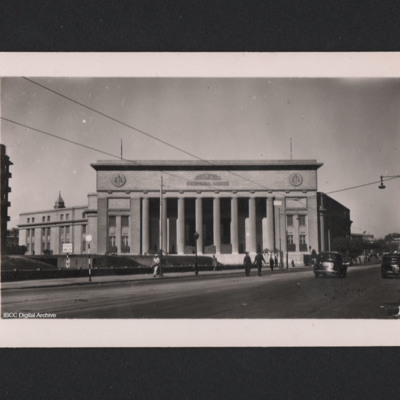 Street scene with the Tribunal Mixed (Courts) behind. 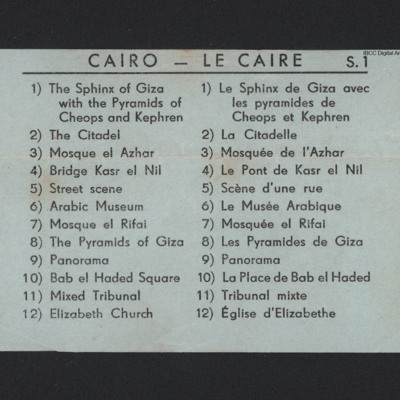 A list of 12 Cairo photographs, in English and French. 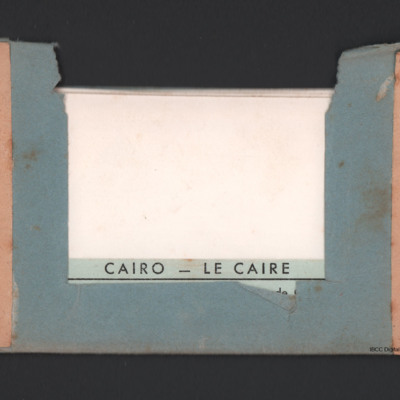