12 photographs of Beirut, a cover and contents page

Cornice of the Jupiter Temple, Beirut 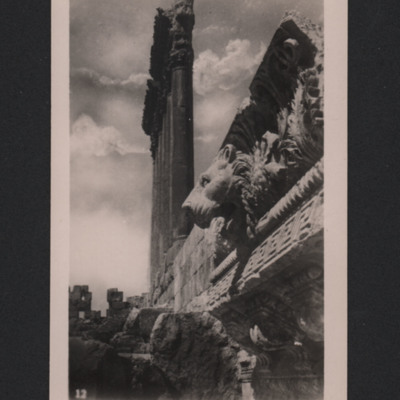 Stone ruins. A lion's head is in the foreground.

The six columns of the Jupiter Temple, Beirut 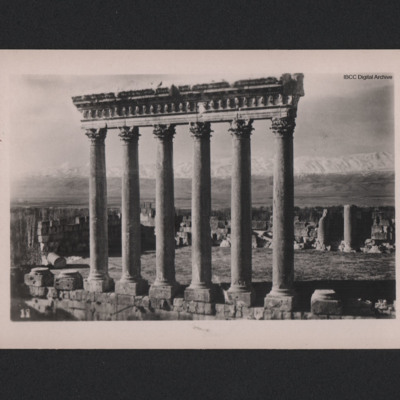 Six stone columns holding up a cornice. Behind are ruins and in the distance snow capped mountains. 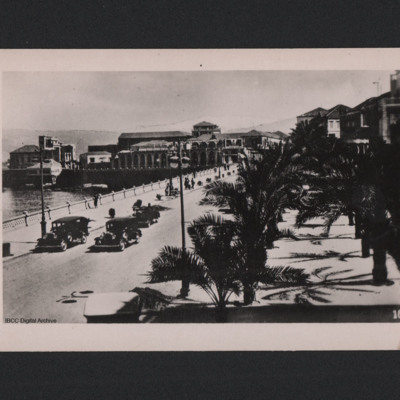 A palm tree lined avenue on the coast. Three cars are on the road several pedestrians are walking . 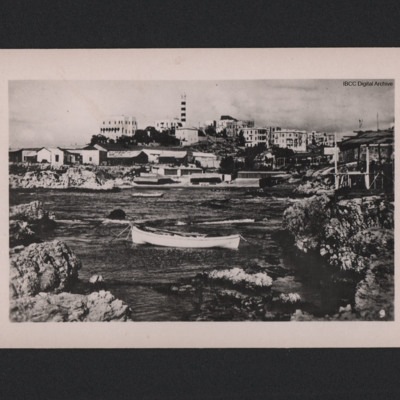 A view of the coast with a lighthouse on top of a low hill. It is surrounded by flats and houses. A fishing boat is moored amongst the rocks. 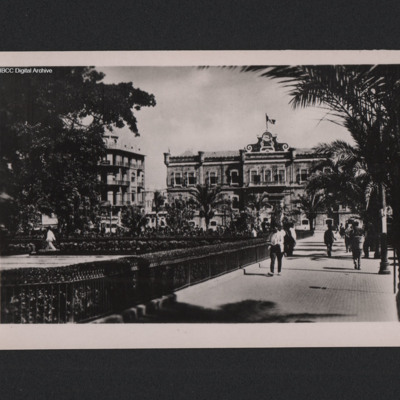 A three storey government building with a flag on the roof. In the foreground is a parked area. The street is lined with palm trees. 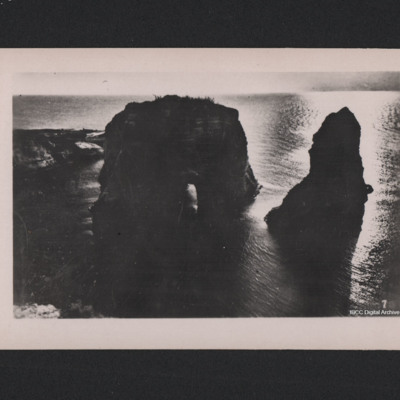 A rock formation on the coast. There is an archway that can be sailed through. 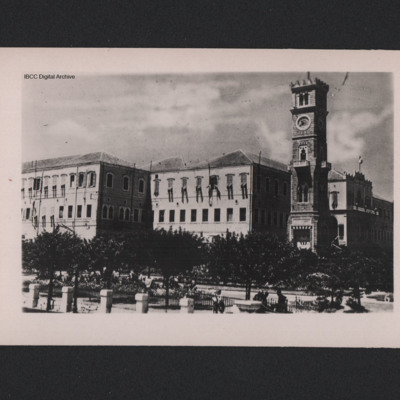 Three storey building at the side of a tree lined street. There is a tall clock tower. 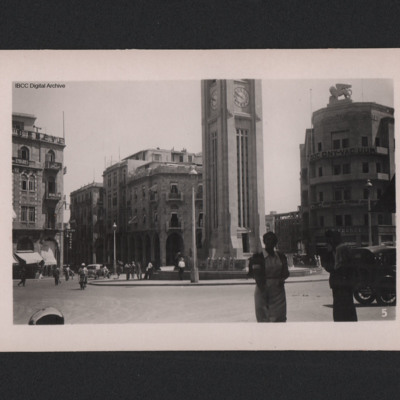 A roundabout with a tall clock tower. Behind are four and five storey buildings. On the street are two cars and several pedestrians. 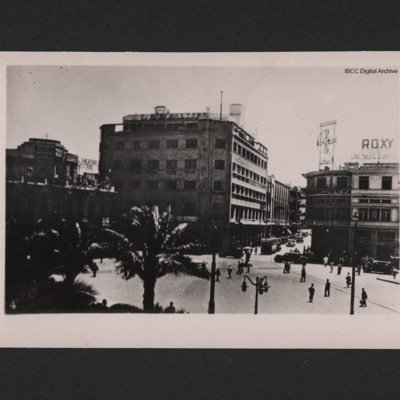 A street scene with a tram, a few cars and a few pedestrians. Behind is a six storey building and other lower buildings with advertising signs on their roofs. 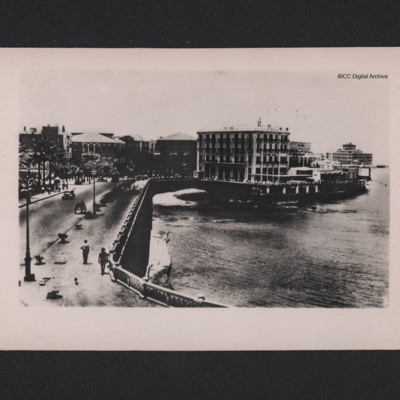 A coastal rode in Beirut with a promenade. Behind are large buildings. 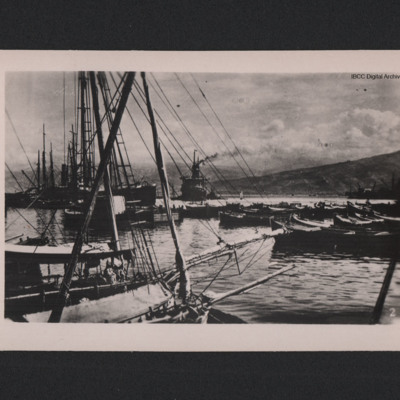 A view over the harbour with fishing boats and two steamers. 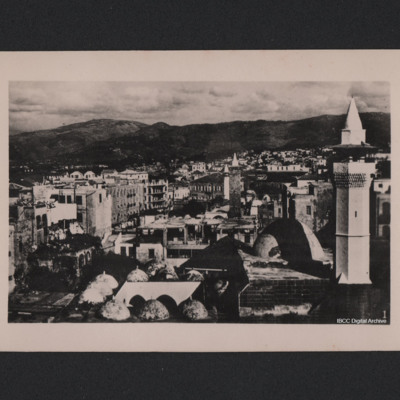 A view over Beirut. In the foreground are three mosques and minarets with housing behind. Further away are low hills. 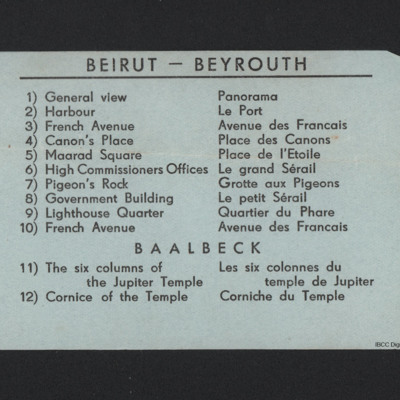 A list of the 12 photographs contained in the album, in English and French. 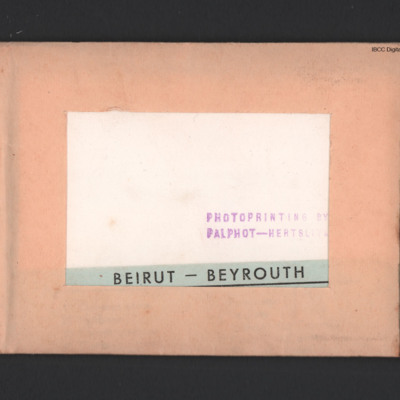 A collection of 12 photographs of Beirut. It is captioned 'Beirut-Beyrouth'.
View all 14 items