89 photographs of scenery, aircraft and service life taken in Italy and the Middle East. 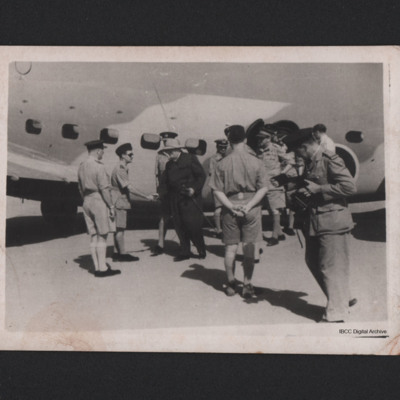 Winston Churchill and a group of officers being met by more officers and a photographer as he disembarks from a C-47 at Heliopolis. On the reverse 'Helio'. 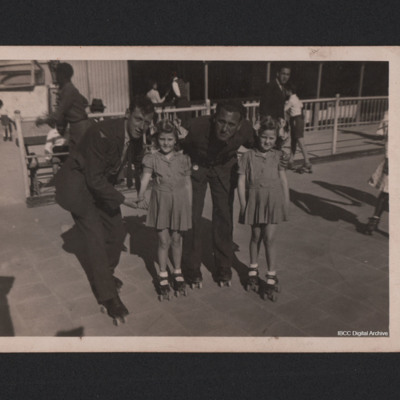 A group of four, two men and two girls, all wearing roller skates. On the reverse 'Cairo Roller Rink'. 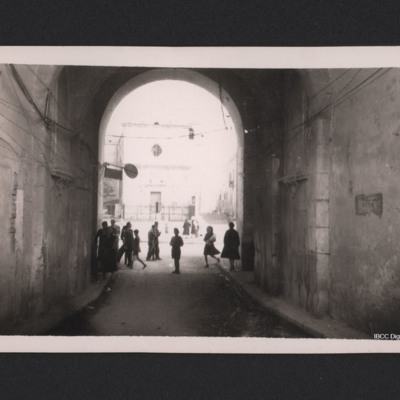 'Tre Archi' archway framing children and pedestrians in a street in Foggia. On the reverse 'Foggia Archway into Market Place'. 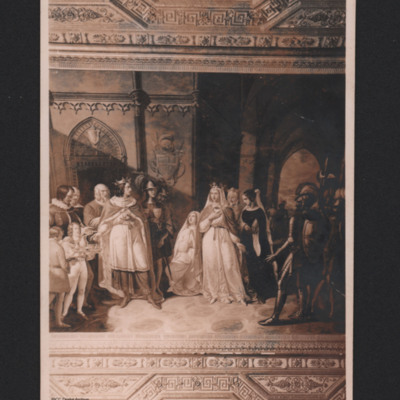 Detail of Gennaro Maldarelli's fresco 'Tancredi rinvia Costanza d'Altavilla a suo marito Enrico VI". A king and queen surrounded by soldiers, courtiers and children. On the reverse is 'Cathedral' [sic].

Additional information about this item has…

Altar of the Fatherland 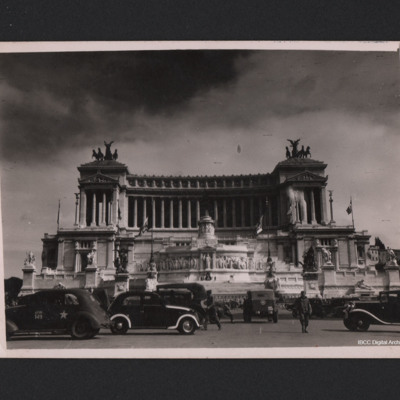 Altar of the Fatherland with US Army cars and others in front. On the reverse 'The Kings Palace Naples'. 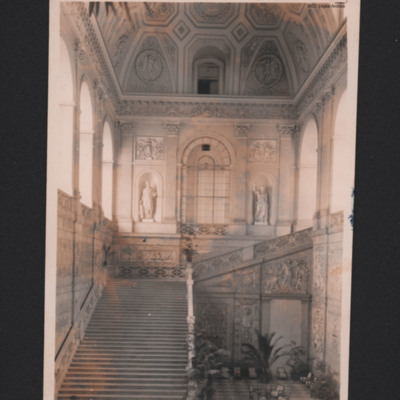 An ornate staircase with marble sculptures and statues. There is a domed roof with further ornamentation.

Additional information about this item has been kindly provided by Giusi Sartoris. 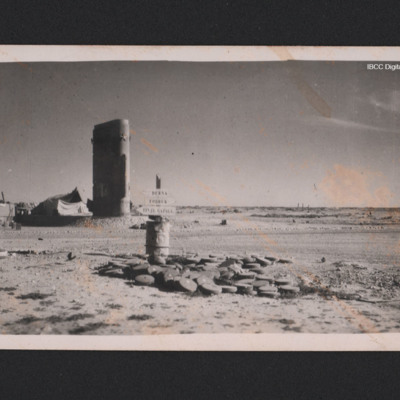 A sign post made from a barrel and rocks with landmines pilled at its base. The sign post indicates the way to Derna, Tobruk and Ein el Gazala. Behind is a CMP Information Post, tents and a tall structure with a five pointed star. 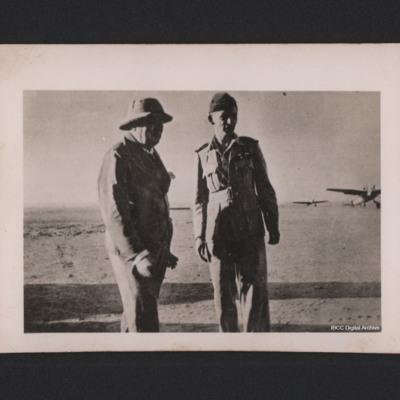 Winston Churchill and an officer on a desert airfield. Behind is a Lysander and another, smaller aircraft. 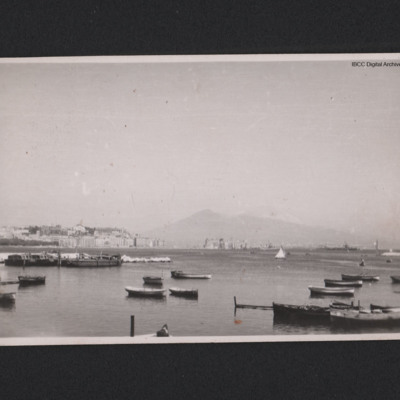 A view across Naples Bay with Mount Vesuvius in the background. In the foreground are small fishing boats. On the reverse 'Naple [sic] Bay'.

A group of bombs with their fuses removed. 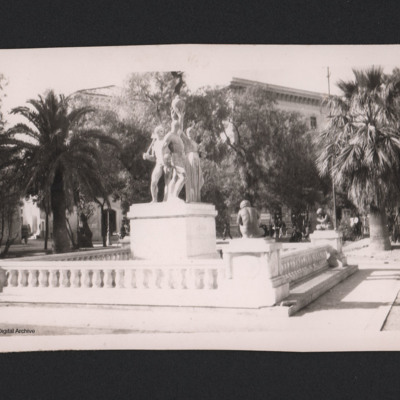 Three figures on a plinth surrounded by a stone balustrade with an inward looking statue on each corner. It is in the grounds of the Police Barracks. On the reverse 'Foggia'. 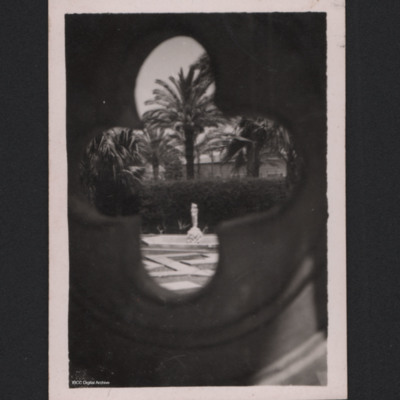 A fountain framed by an opening. On the reverse 'Suez'. 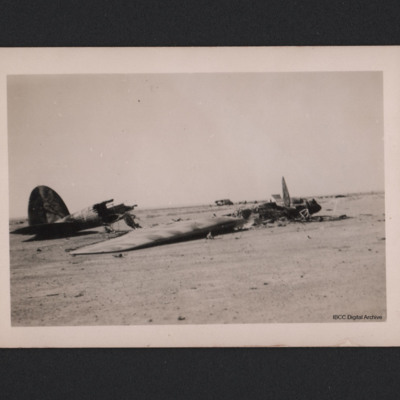 An aircraft destroyed beyond repair. A wing, engine with propeller and the tail are all that remain. 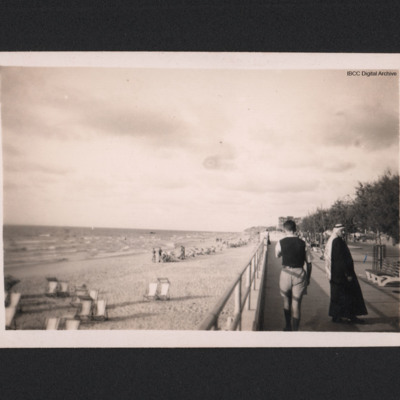 A view of the promenade at Tel Aviv. On the beach are deck chairs and sun bathers. On the reverse 'Promenade Tel Aviv Looking North'. 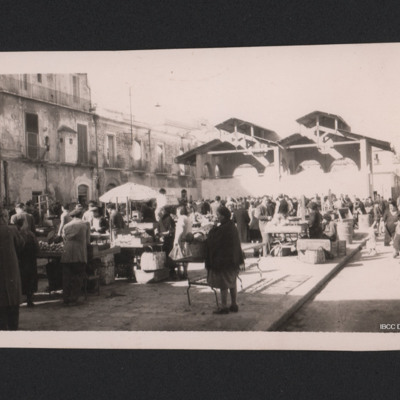 A busy market scene with a lot of people and market stalls. On the reverse 'Foggia Market Place'. 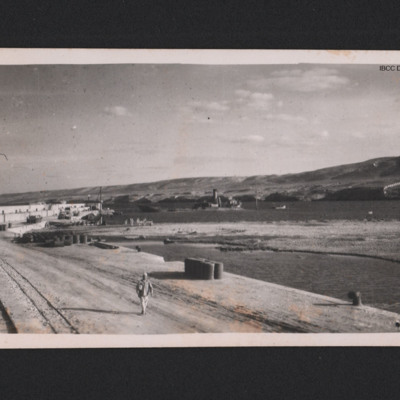 A dock with two ships in the distance. Further behind are low hills. In the foreground a sole pedestrian is walking by. 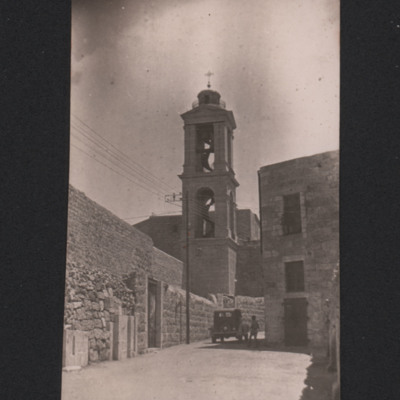 A street scene dominated by a three storey bell tower. In the front is a car and a pedestrian. 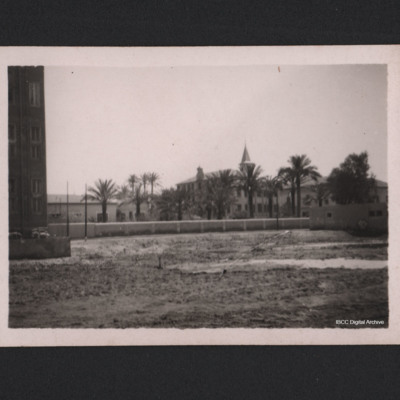 A large building with a spire and in front palm trees. 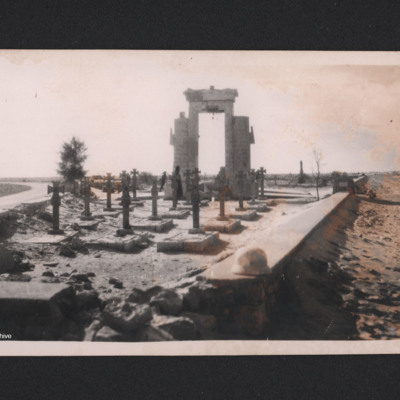 A cemetery with three rows of crosses arranged formally. Behind is a tall memorial structure. 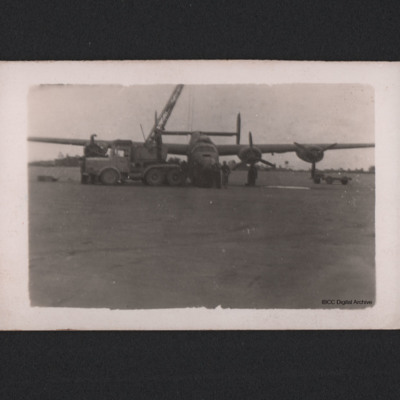 Front view of a damaged B-24. Its nosewheel has collapsed and a crane has been positioned to raise the nose. 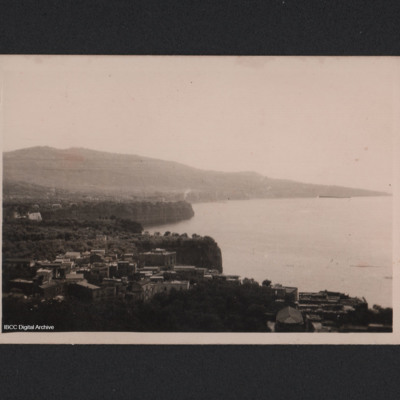 Sorrento in the foreground, Punta del Capo di Massa is visible behind. 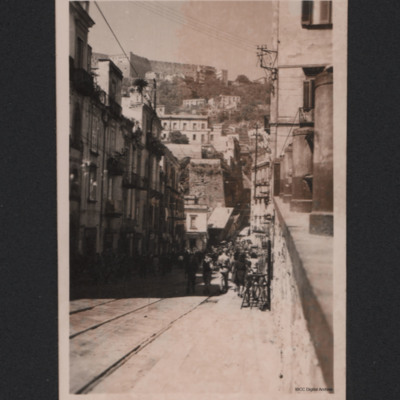 A street with double tram lines. There are many pedestrians and in the distance, on top of a hill, is Castel Sant Elmo. 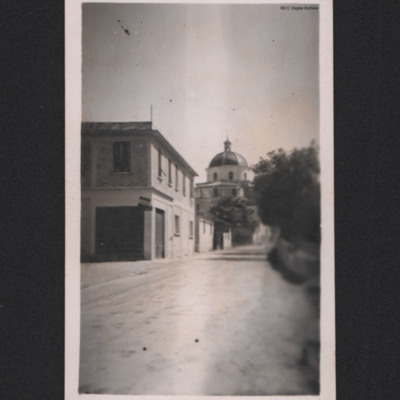 A street scene with the Madonna della Libera shrine in the distance. No pedestrians. 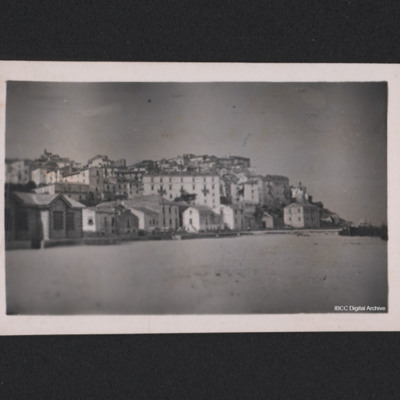 Rodi Garganico seen from the railway near the sea. In front is a sandy beach. 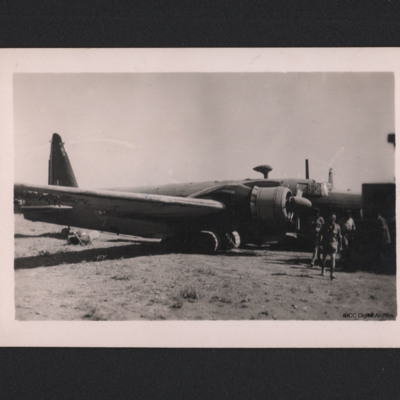 A Wellington with a collapsed undercarriage. Ground personnel are working on it and a tracked device is visible under the starboard undercarriage.
View all 89 items