Christmas Card to Cliff and his wife 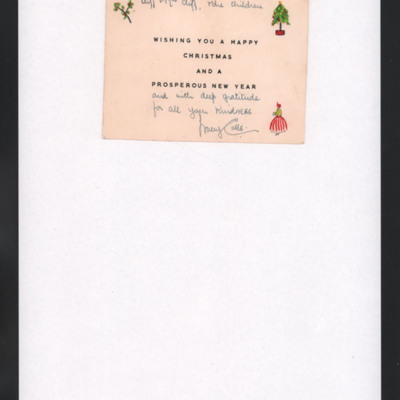 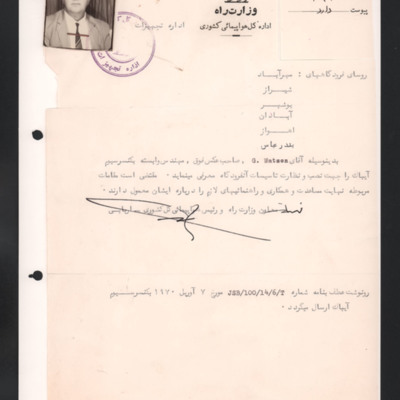 The letter in arabic script refers to G Watson and has a passport photograph in one corner. 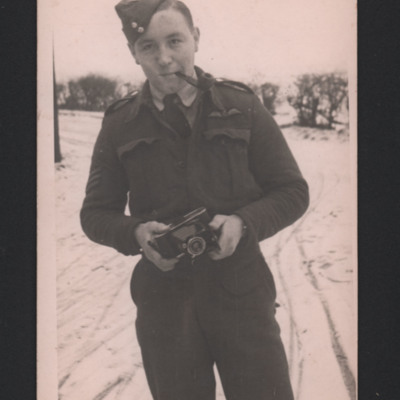 Sergeant Stan Rutherford is holding a camera and smoking a pipe. 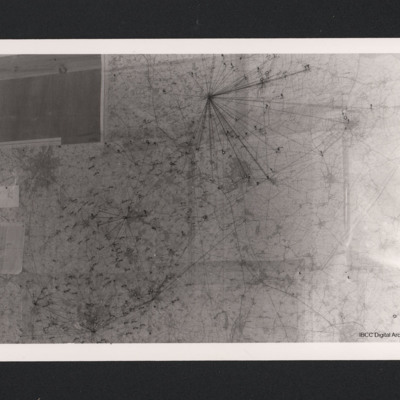 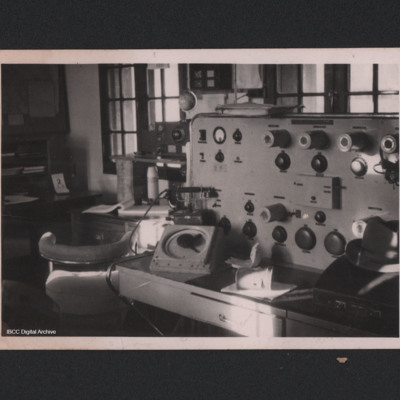 A large military radio on a table with a telephone and a direction finder. 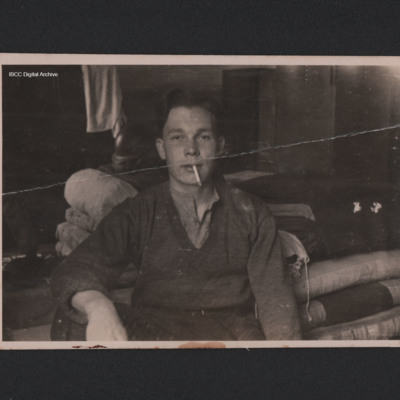 A man seated on bedding smoking a cigarette. Tin helmet can be seen behind. 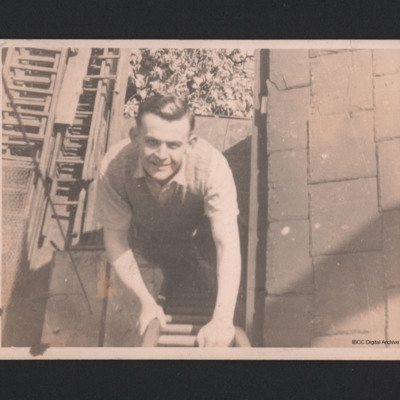 A view looking down on a man climbing a ladder. 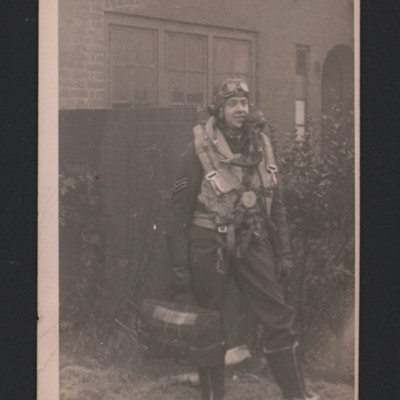 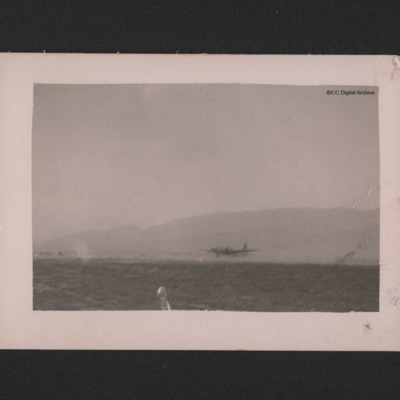 Twin engined Wellington taking off. In the distance are hills. On the reverse 'Pax taking off in B at Kairouan'. 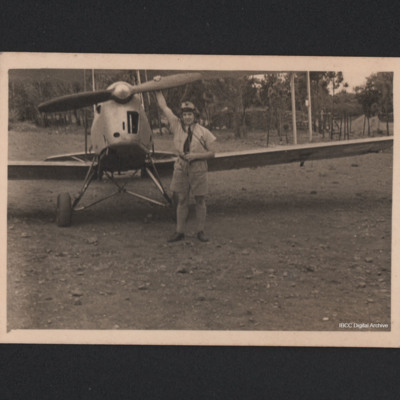 Clifford Watson in shorts and flying helmet with his arm draped over the propeller of a Tiger Moth. Annotated on the reverse '(Bad Composition) With a Tiger Moth at Hillside, Bulawayo. Dec 1941 C Watson [signed]' 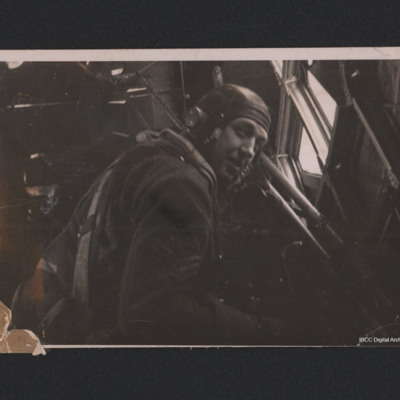 Bill Willoughby at the port beam gun position in a Wellington. 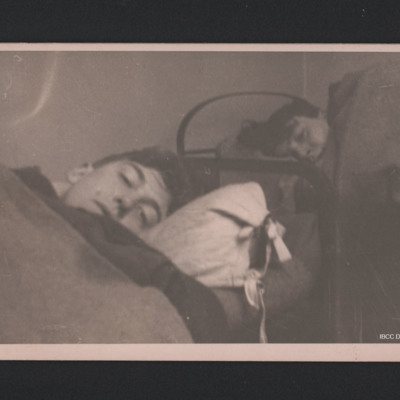 Two airmen identified as Bill Willoughby and Stan Chadderton, Navigator and Bomb Aimer, in their beds at Blida. 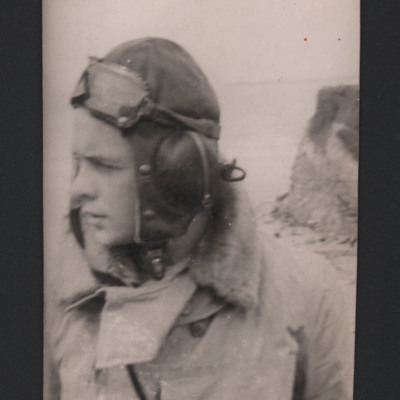 A side view of the head and shoulders of Clifford Watson in a Sidcot suit. He is wearing a flying helmet and is standing near a cliff which can be seen in the background. 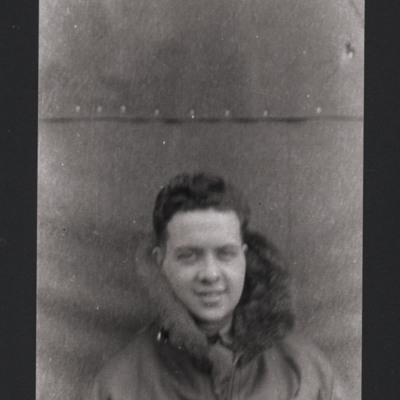 Head and shoulders and half length portraits of Clifford Watson in a leather flying jacket, standing at the front of a Nissen hut. 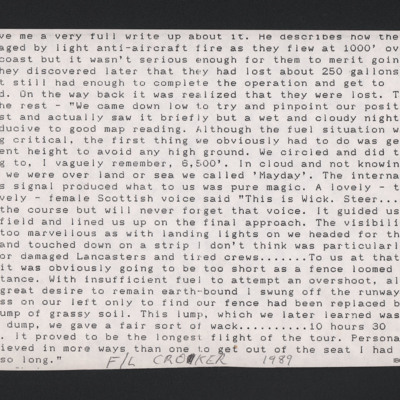 A description of what happened to a lost Lancaster, short of fuel that was guided into RAF Wick and landed safely. Annotated 'F/L Crocker 1989'. 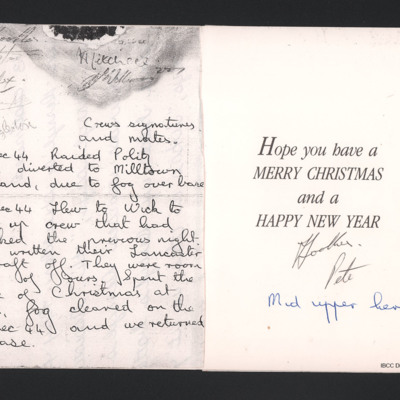 A Christmas Card signed by Pete 'Mid Upper here'. In it is described an attack on Politz on 21.12.44 and diverted to RAF Milltown due fog. Then on 22.12.44 he flew to RAF Wick to pick up a crew that had crashed there. There are several signatures. 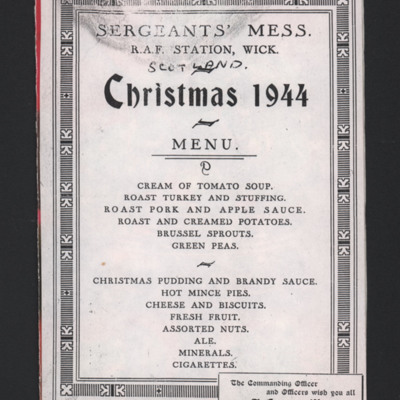 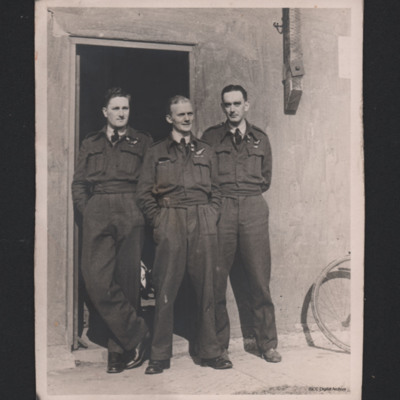 Three airmen standing at an open door. On their left is the wheel of a bicycle. They are wearing fatigues. On the reverse is annotated 'W/Op Nav & Mid Upper' and 'Ace'. 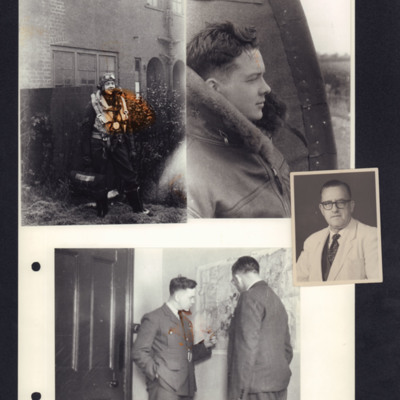 Photo 1 is Clifford Watson in flying gear in front of a brick building.
Photo 2 is a head and shoulders portrait of the side of Clifford Watson standing at the tail of a Lancaster.
Photo 3 is Cliff and a civilian looking at the maps of Europe.… 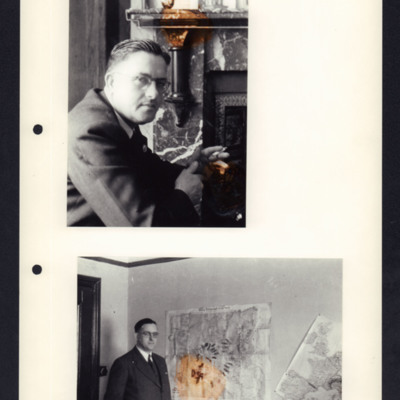 Photo 1 is a head and shoulders portrait of a civilian sitting in a living room with a marble fireplace behind.
Photo 2 is a half length portrait of the same civilian with two annotated maps of Europe on a wall.

Airmen on a motorbike and an airman aiming a shotgun 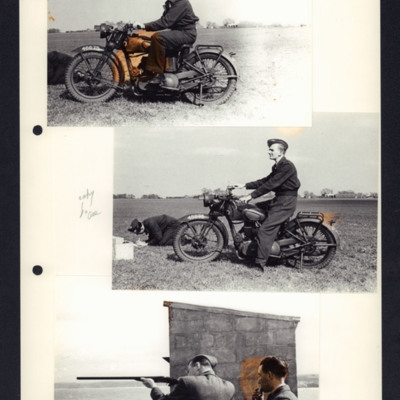 Photo 1 is Clifford Watson on a Royal Enfield WD/C motorcycle 46675.
Photo 2 is different airmen on the same motorcycle. A second man is on the ground writing.
Photo 3 is an airman aiming a shotgun with a corporal watching. 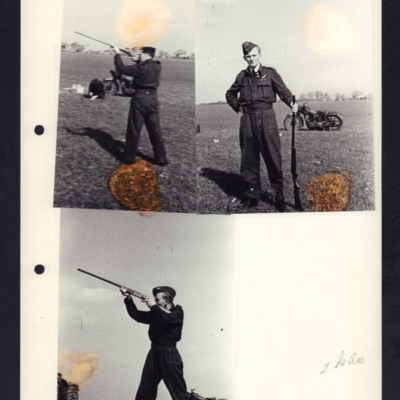 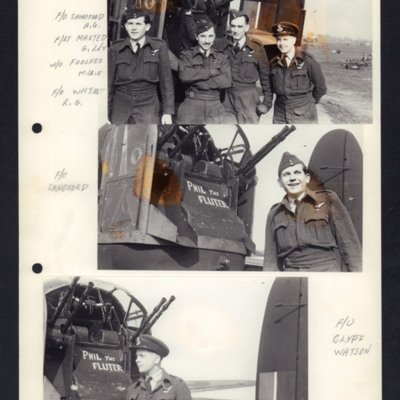 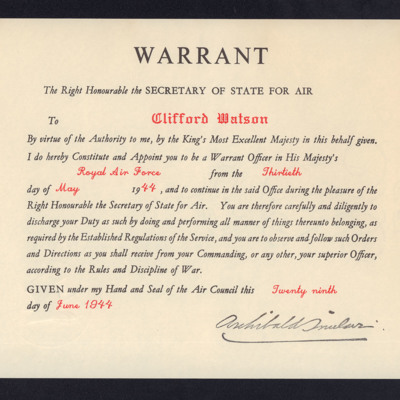 Decoration for Local Airman, Three Airmen and a wrecked Lancaster 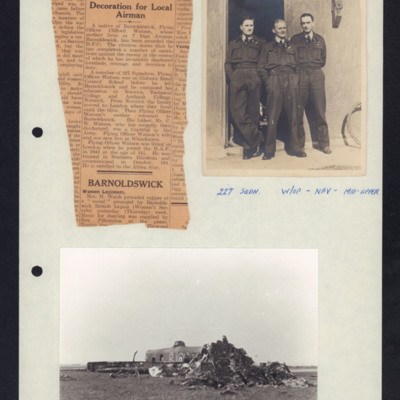 Item 1 is a newspaper cutting noting that Clifford Watson has been awarded a DFC and giving various details of his life history and family.
Photo 2 is three airmen standing at a door, annotated '227 Sqdn. W/Op - Nav - Mid-Upper'. Illustration list…
View all 49 items