14 items. The collection concerns Flying Officer John Joseph Parker (1062881, 121671 Royal Air Force) and contains documents, heirlooms and photographs. He served as ground personnel.
The collection has been loaned to the IBCC Digital Archive for digitisation by Ann Pilbeam and catalogued by Trevor Hardcastle.

Letter from John Joseph Parker to his wife 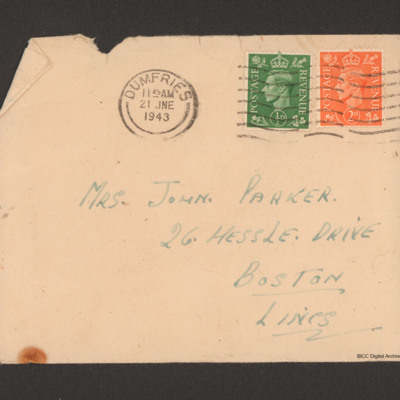 Four page hand written letter with envelope, postmarked Dumfries 21 June 1943, on A.S.T. headed paper. He complains about the station, and the weather, thanks her for the parcel and says that he is looking forward to his medical board. Enclosed was a… 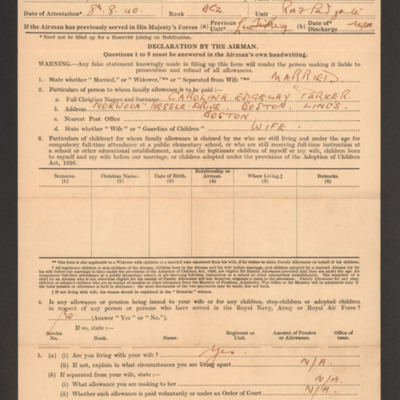 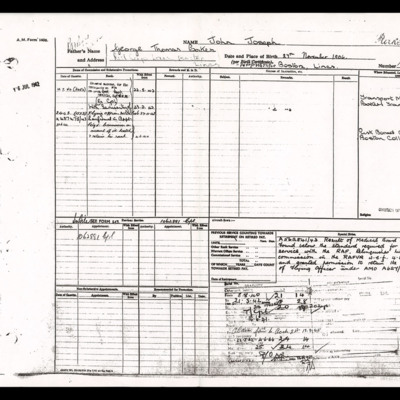 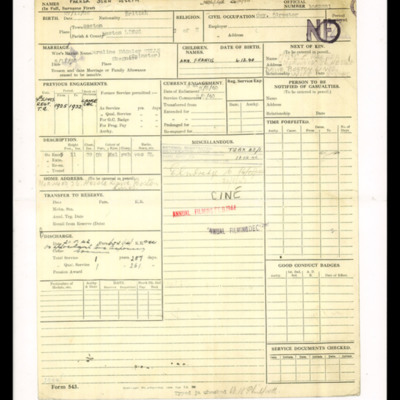 Records his time in RAF before being commissioned. 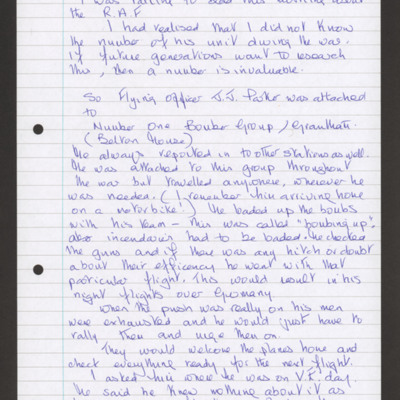 A handwritten note by John Joseph Parker's daughter briefly outlining his service as a Flying Officer.

Story of the Brooch 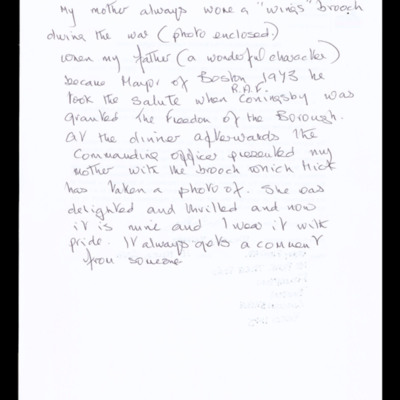 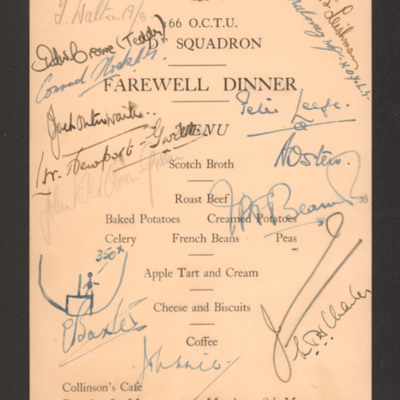 Menu celebrating a course graduation from D Squadron No 166 Officer Cadet Traing School, Douglas Isle of Man at Collinson's Cafe on Monday 18 May 1942, signed by some of the attendees, John Joseph Parker's at the top. Included is a note written by… 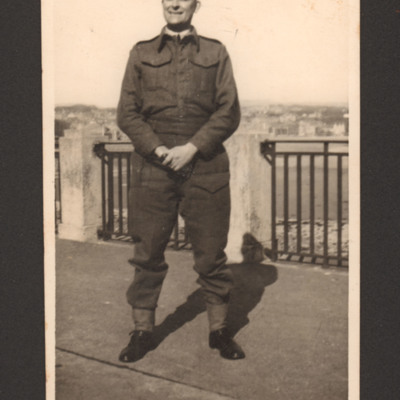 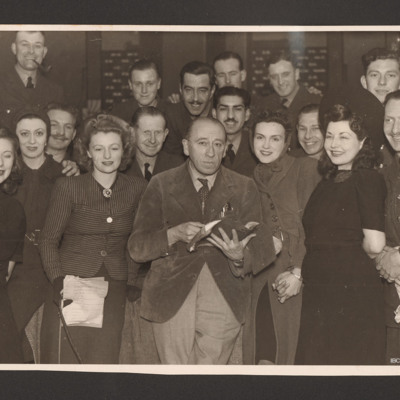 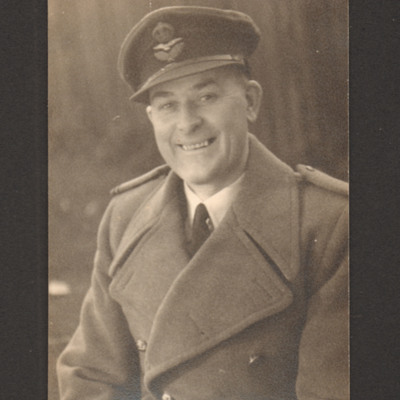 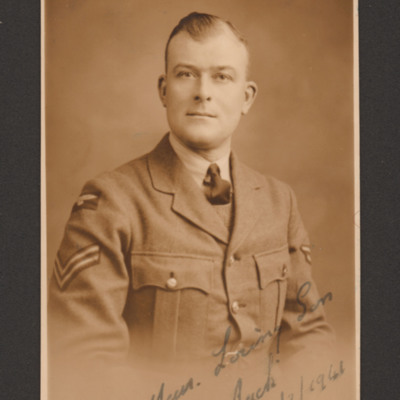 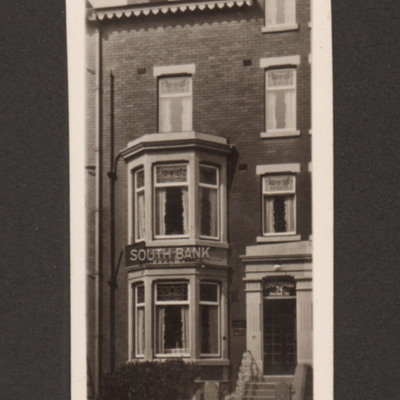 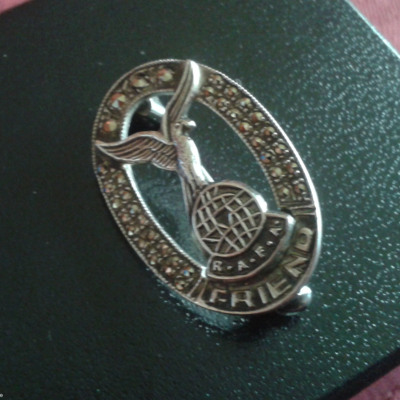 Metal brooch with R.A.F.A. insignia and the word Friend cast into it. 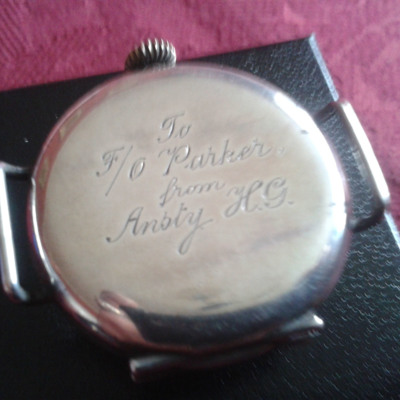 This item was sent to the IBCC Digital Archive already in digital form. No better quality copies are available.
View all 14 items