Five items. The collection concerns Ronald Britt (b.1923, 1939520 Royal Air Force) and contains his log book and photographs. He was an air gunner who flew 30 operations with 103 squadron and Binbrook Special Duties flight.

The collection has been loaned to the IBCC Digital Archive for digitisation by Stuart Pearce, Debbie Pearce, nee Britt, and Gail Elizabeth Britt. It was catalogued by Nigel Huckins. 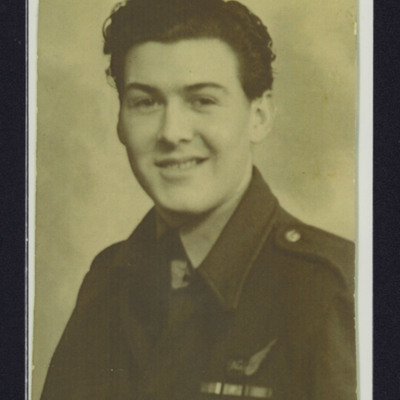 Head and shoulders portrait of an airman with air gunner brevet and medal ribbons. 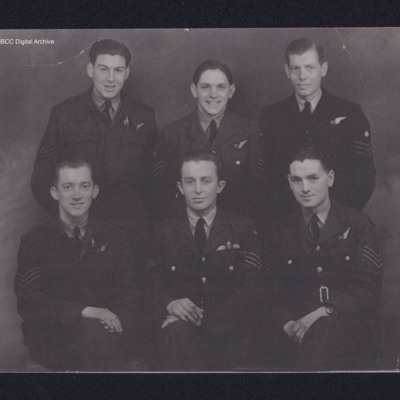 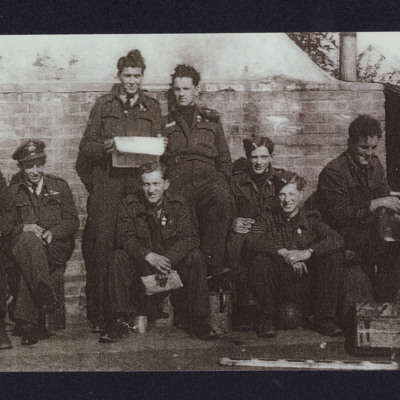 Eight aircrew, six sitting and two standing in front of a brick wall. Some have visible brevet and whistles. 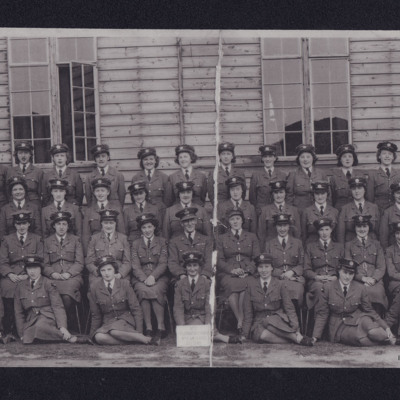 Forty two members of the Women's Auxiliary Air Force sitting and standing in four rows. A male RAF Officer is sitting in the middle of the second row up. In the background a wooden hut with two windows.

Navigator’s air bomber’s and air gunner’s flying log book for Ronald G Britt, covering the period from 1 October 1943 to 26 May 1945. Detailing his flying training and operations flown. He was stationed at RAF Stormy Downs, RAF Wymeswold, RAF…
View all 5 items