The collection has been loaned to the IBCC Digital Archive for digitisation by John M Wright and catalogued by Trevor Hardcastle. 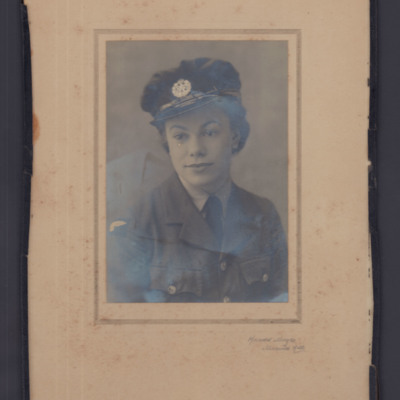 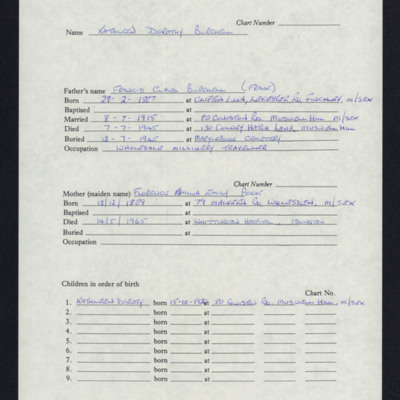 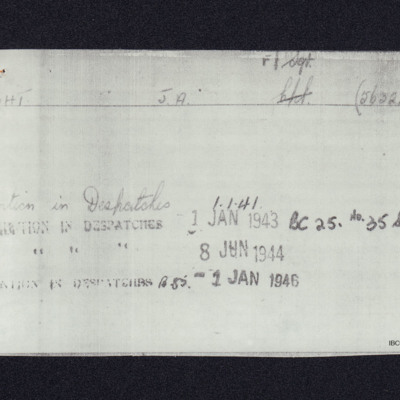 There are four occasions when John was Mentioned in Despatches. 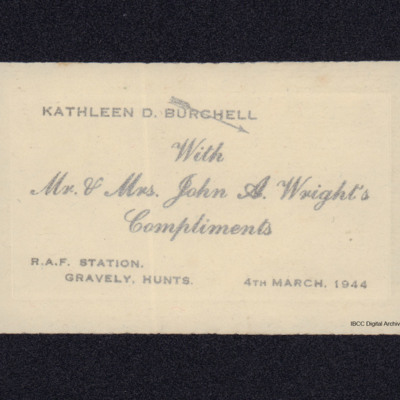 From John and his new wife Kathleen, possibly sent with piece of wedding cake. 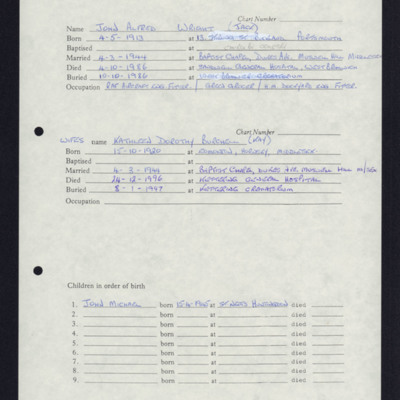 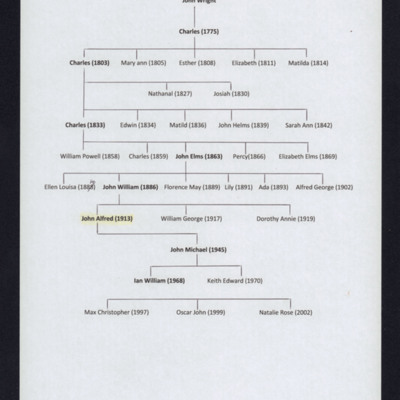 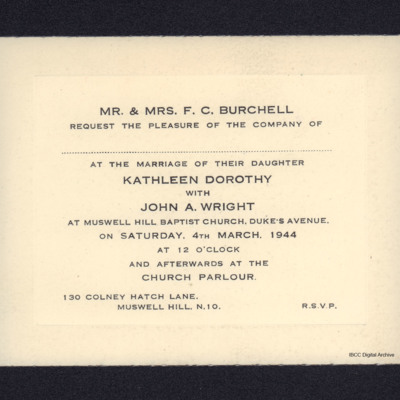 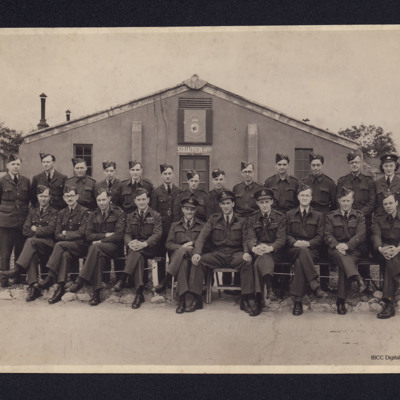 23 individuals, mix of small number of aircrew and officers, with ground personnel of airmen and one woman. Posed in two rows, front row seated, in front of building with 35 Squadron badge signed as "Squadron HQs". 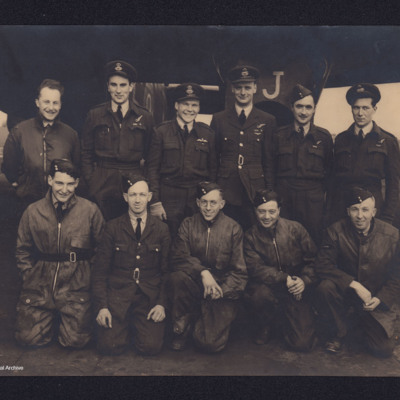 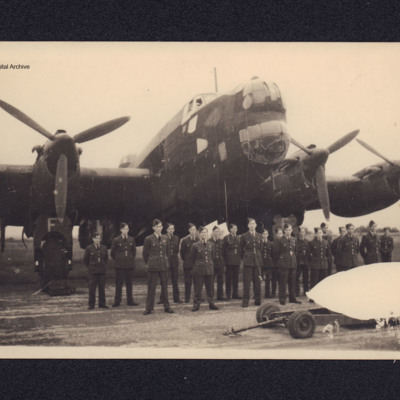 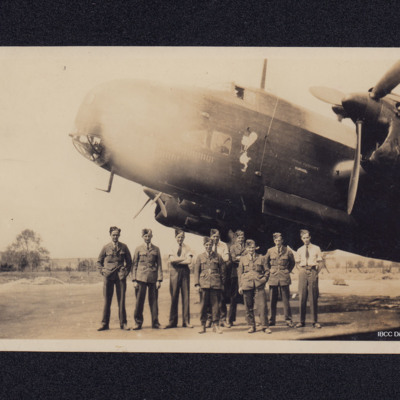 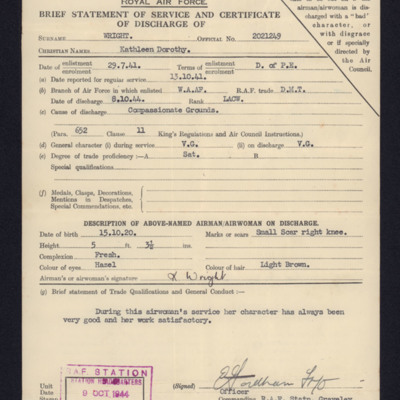 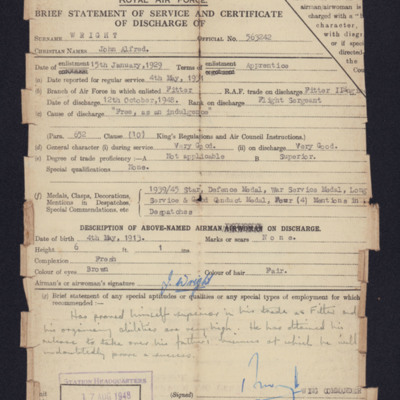 Service and Certificate of Discharge form. 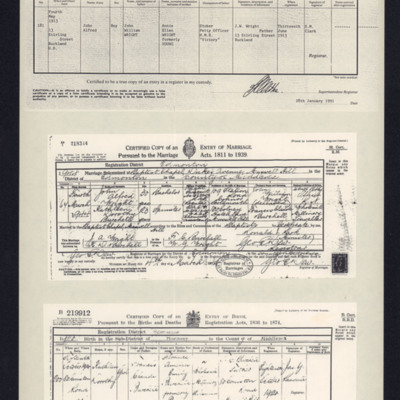 Also included are the birth and death certificates of his wife Kathleen. 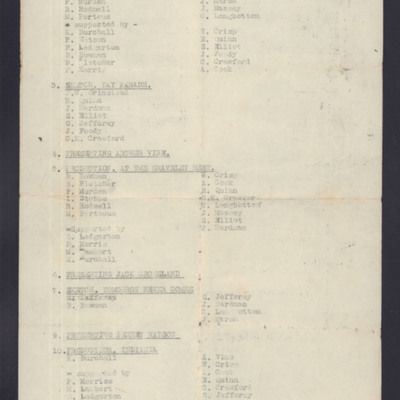 Cast list, running order and words to the songs. 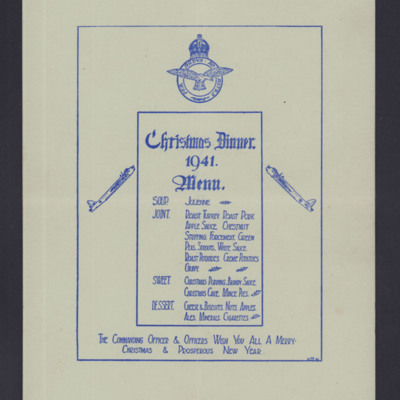 Printed on one side, Royal Air Force Crest and Stirling outline with menu items, some signatures on the reverse. 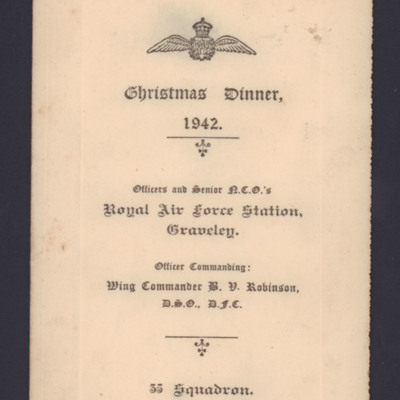 Served to the officers and Senior Non-Commissioned Officers of RAF Graveley, some signatures on inside. 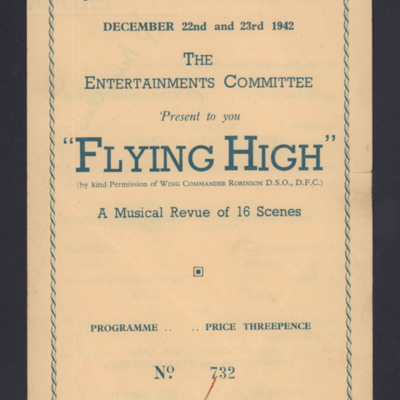 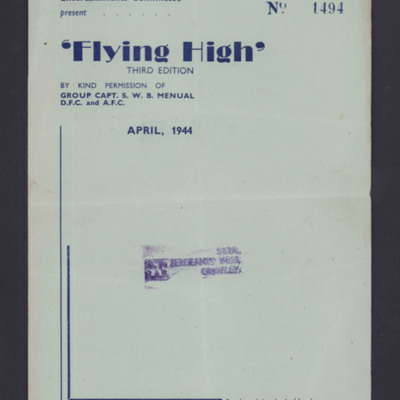 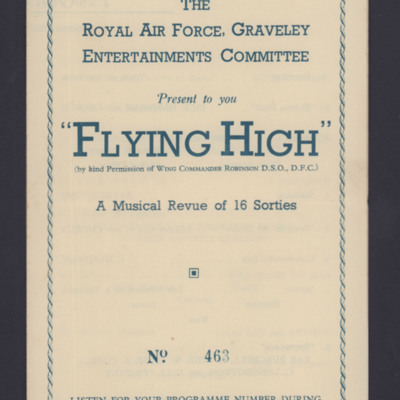 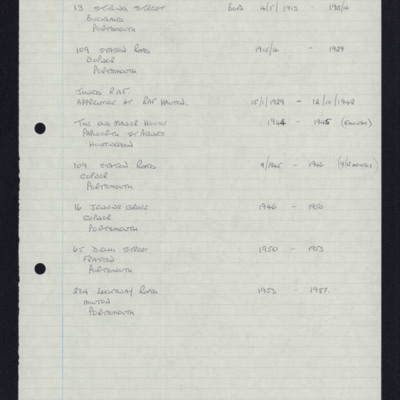 Brief but detailed notes of John Alfred Wright's life and Royal Air Force service, places he lived and the dates, stations that he served at, ranks held, medals awarded.
View all 21 items