187 items. The collection concerns Henry Cecil Redgrave (743047, Royal Air Force) and contains his decorations, letters and photographs. He flew operations as a bomb aimer with 207 Squadron from RAF Waddington. He was killed 13/14 March 1941.

The collection has been loaned to the IBCC Digital Archive for digitisation by Pam Isaac and catalogued by Barry Hunter.

Additional information on Henry Cecil Redgrave is available via the IBCC Losses Database.

A newspaper cutting about the funeral of Sergeant-Observer Harry Redgrave. 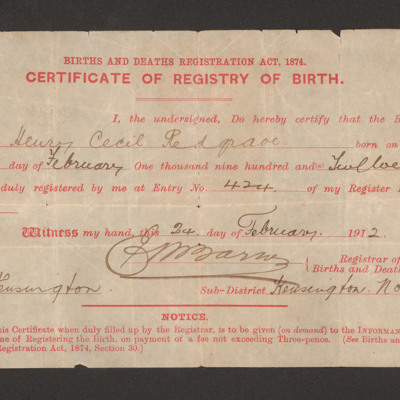 Letter to Jessie from her family 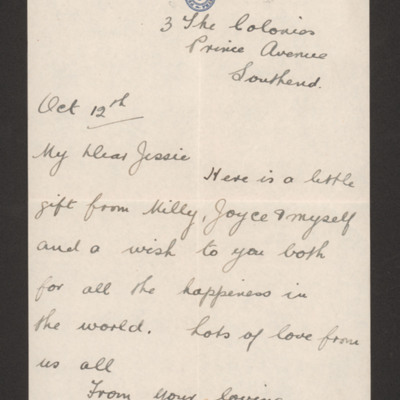 A short letter accompanying a gift from her mother, Milly and Joyce.

Telegram to Jessie from Harry Redgrave

The telegram asks Jessie to come to Boultham, Lincoln.

Telegram to Jessie from Harry Redgrave 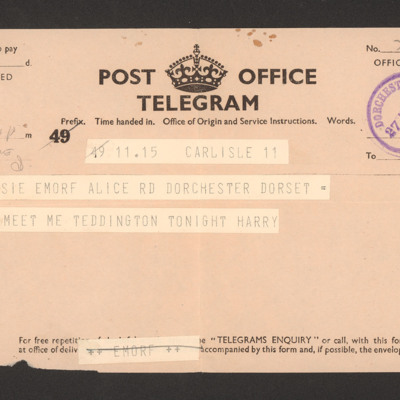 The telegram asks Jessie to meet him at Teddington, that night.

Letter to Jessie Redgrave from the Air Ministry 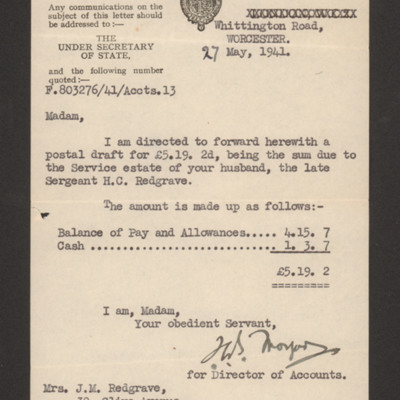 The letter accompanies a postal draft for £5 19/2 being the Service estate of Harry Redgrave. 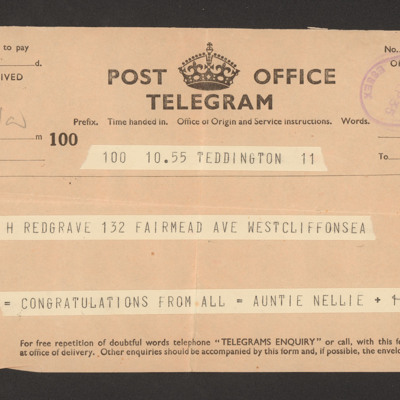 A telegram sent to Harry on his wedding day from his Aunt Nellie. 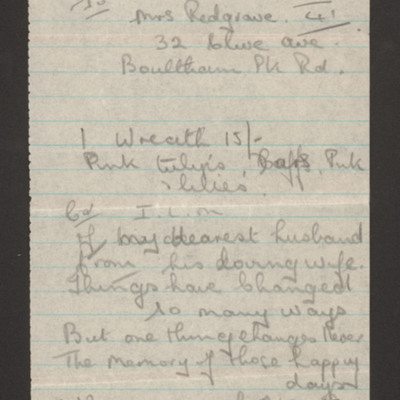 A receipt for a memorial wreath for Mrs Redgrave's late husband. 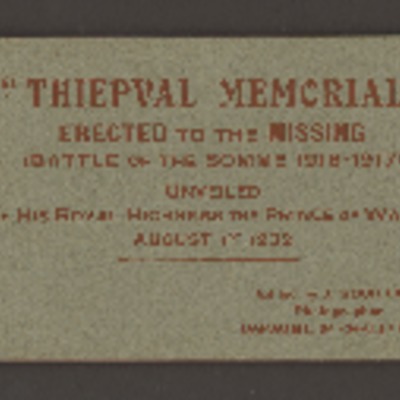 A booklet dedicated to the Thiepval Memorial and the missing of the Battle of the Somme. There are photographs of the unveiling of the memorial by the Prince of Wales on August 1st 1932. 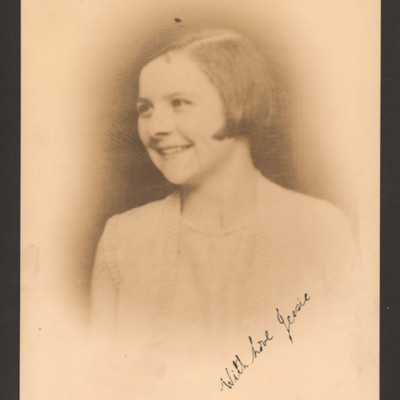 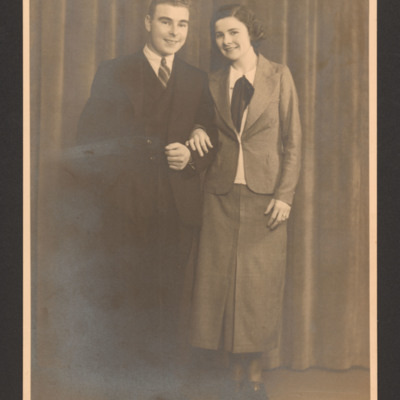 Full length portrait of Harry in a suit and Jessie in matching skirt and jacket. On the reverse '30 Sept 1935'.

Portrait of a Woman 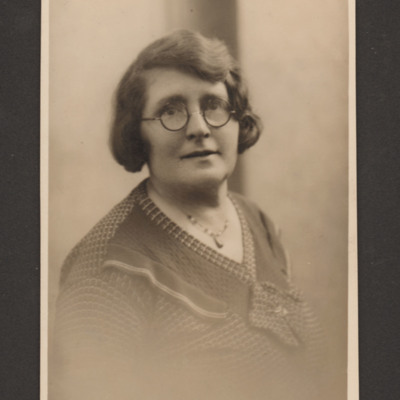 Head and shoulders portrait of a woman. On the reverse 'Laurence Portraits, 330, London Road, Westcliff-on-Sea, 12 Mar 1935'.

Postcard to Harry and his wife from his mother 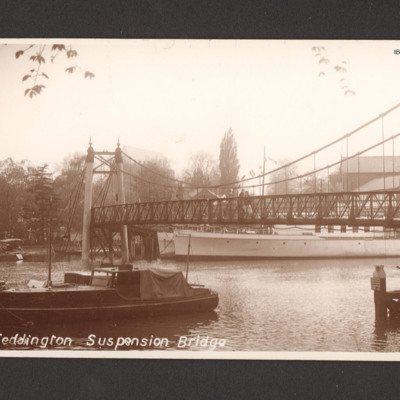 A postcard with a view of Teddington Suspension bridge to Harry from his mother. 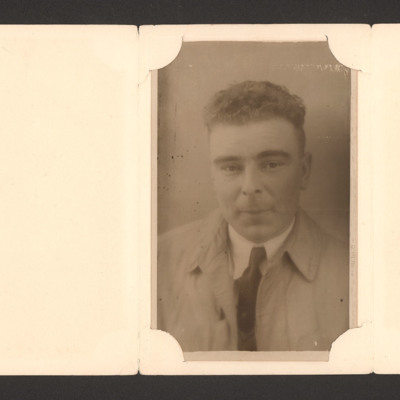 Head and shoulders portrait of Harry in a cardboard mount. 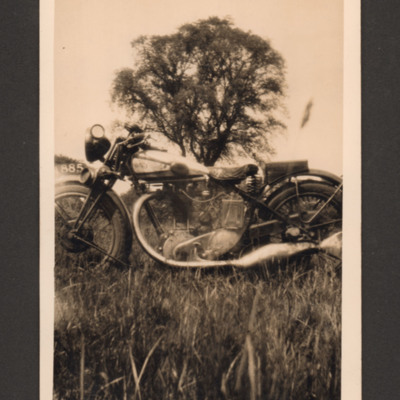 Side view of a Norton bike parked in a field with the registration '885' visible. Behind is a large tree. 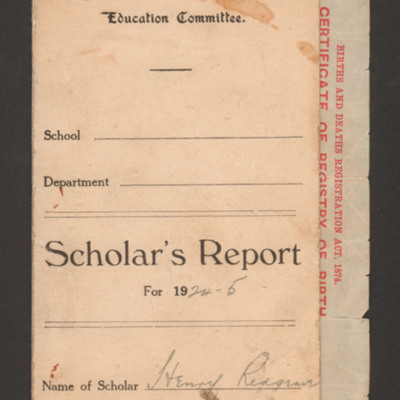 A report with Harry's end of term results.

Letter to Mrs H Redgrave from Mr A D Watt 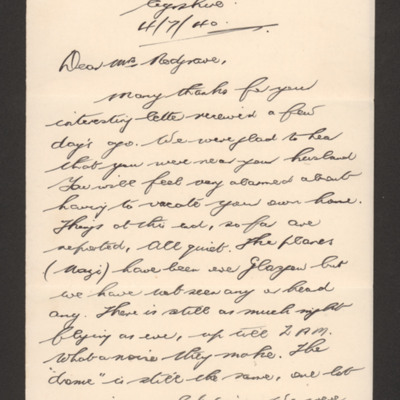 Letter in reply to one written by Jessie Redgrave, sympathising with her having to leave her home and inviting them to visit when the war is over. 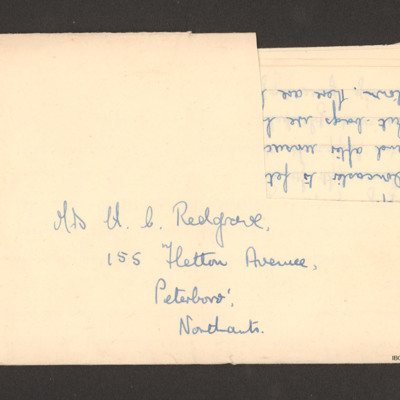 Harry writes to Jessie telling her of elements of his service life & duties including navigating a Hampden from Finningley to Hendon, and his input to their domestic life. 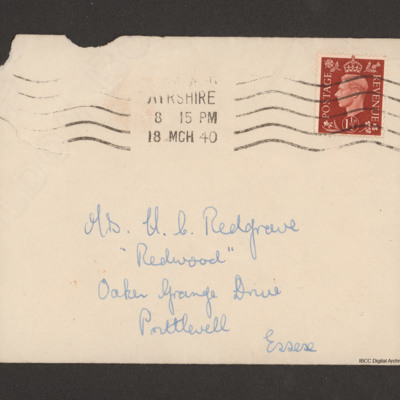 A letter from Harry to his wife discussing his next leave. He is uncertain of train times.

Letter to Mrs H Redgrave from her husband

Letter from Harry to his wife explaining what he has been doing - guard duty and a maths exam. 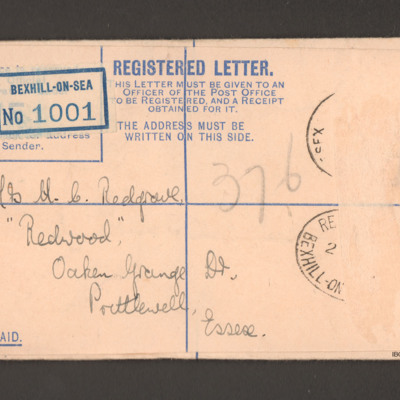 A registered letter from Harry to his wife. He describes financial arrangements he has put in place.

Birthday postcard from Henry Redgrave to his girlfriend 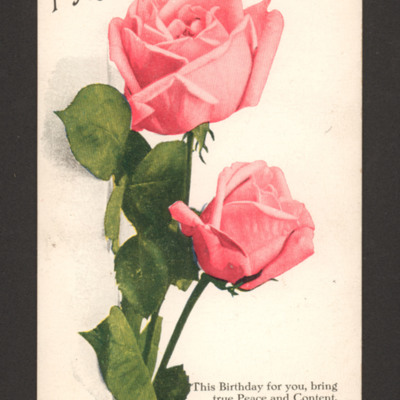 A printed card with a poem and a coloured rose. On the reverse 'With love, Harry' It is addressed to 'J. M. Sherwood'. 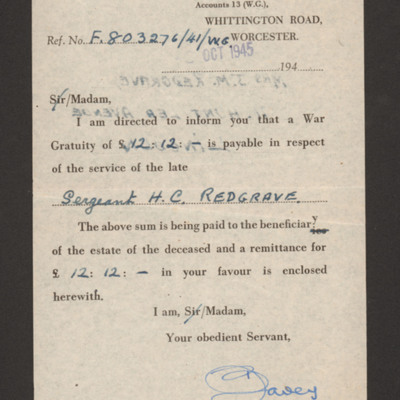 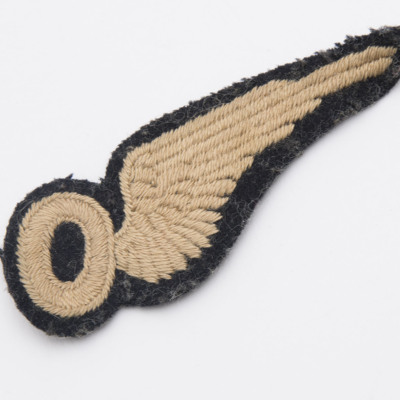 A brevet worn by Harry Redgrave. 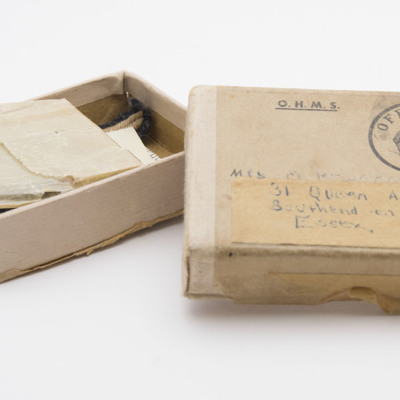