40 items. An oral history interview with Stephen Walker about Ronald Cecil Walker (b 1924) photographs and documents.
The collection has been loaned to the IBCC Digital Archive for digitisation by Stephen Walker and catalogued by Trevor Hardcastle. 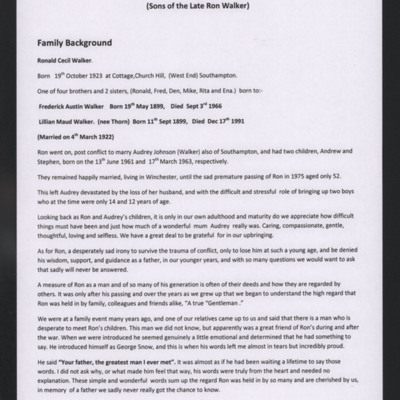 An account of Ronald Walker's life compiled by his sons. 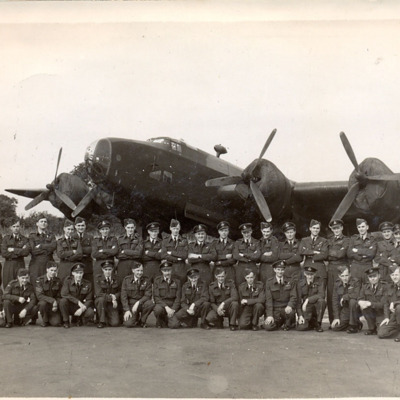 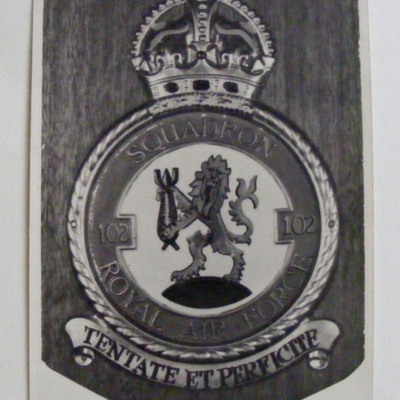 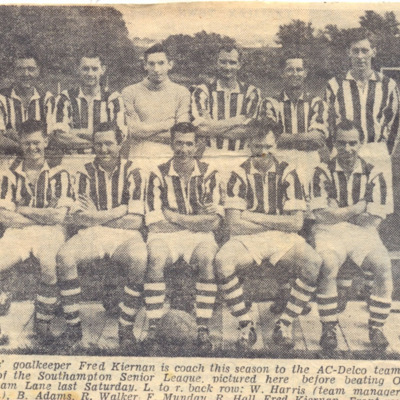 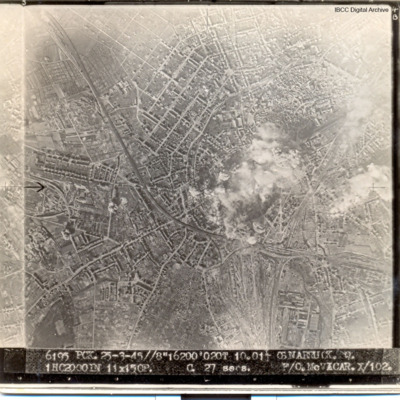 Coastline, bomb explosions and dust visible on land, only caption visible is E 102. From donor information 'After bombing run Heligoland'. 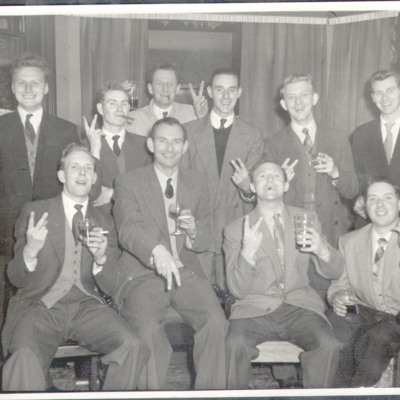 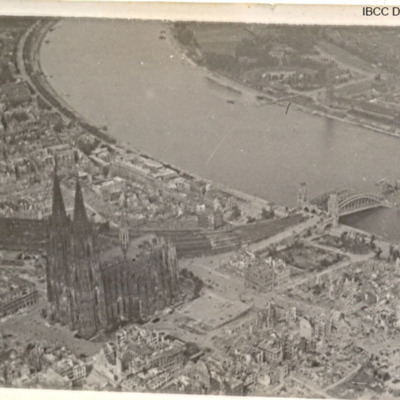 Three photographs of Cologne Cathedral and damaged bridge over the Rhine. 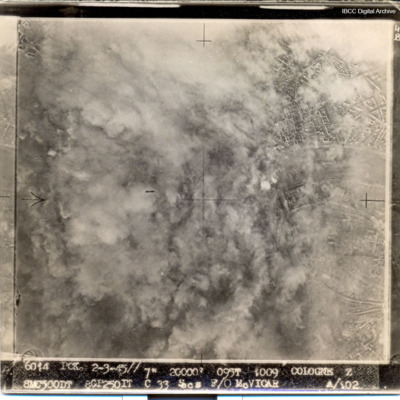 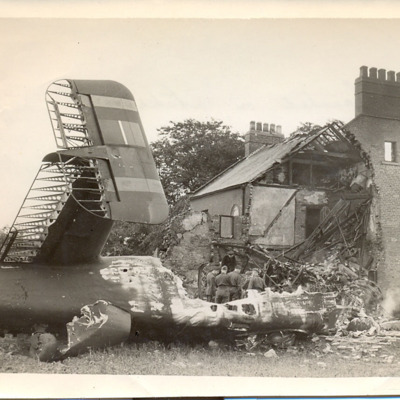 The burnt tail section of a Halifax and a partially damaged house.
Information from donor 'Crashed on take-off from RAF Pocklington all five crew killed'. 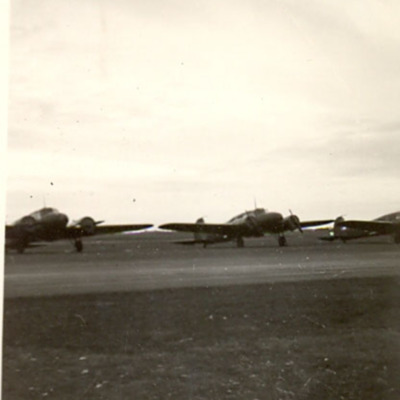 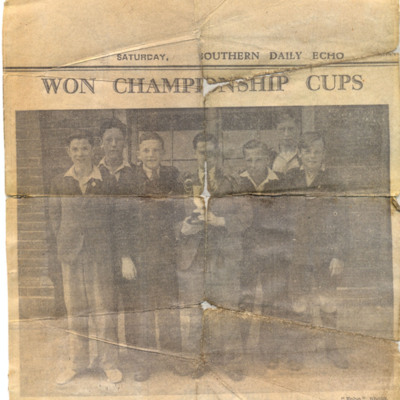 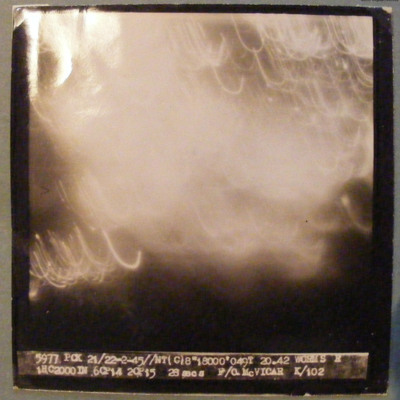 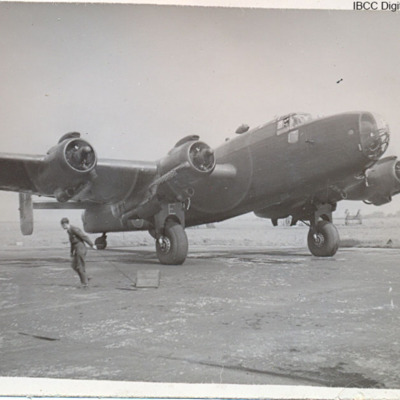 Two photographs, first of a crew posed close to the H2S fairing on the left side DY E are the a/c letters, second is of Halifax just about to taxi, airman removing wheel chock. Information from donor 'Halifax DY-E about to taxi for bombing run'. 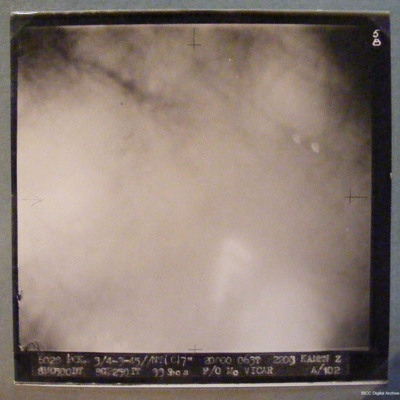 Halifax over Germany and France 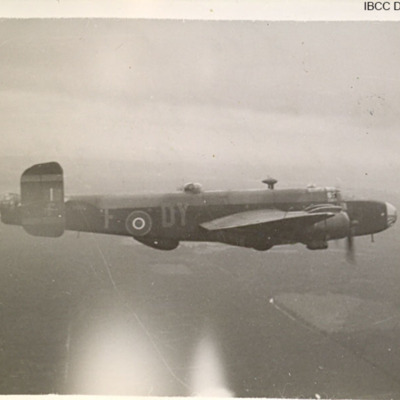 Information from donor, four photographs air to air of Halifax, all of 102 Squadron Halifax F-DY taken from C, F/O Wright. First is near Rhine, second is over France, third over Germany and fourth over Dusseldorf. 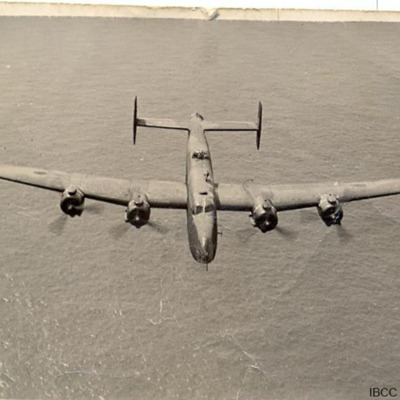 Air-to air view of a Halifax flying towards the camera over the sea.
From information supplied by donor '102 Sqdn Halifax F over North Sea'. 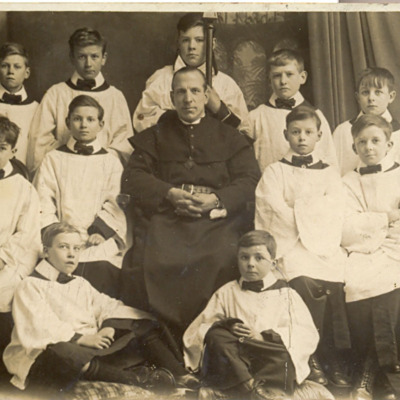 11 robed choristers and a priest. 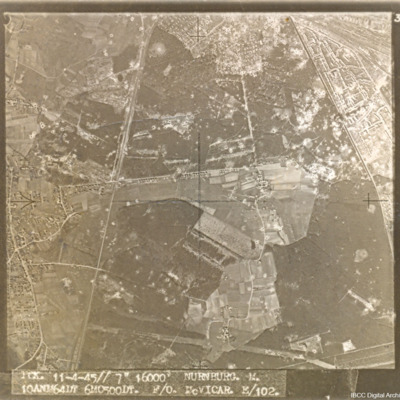 A target aerial photograph of Nürnberg-Langwasser, adjacent to Moorenbrunn, Nuremberg. Bomb craters are visible throughout. 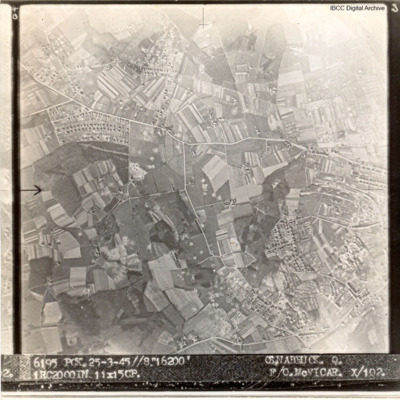 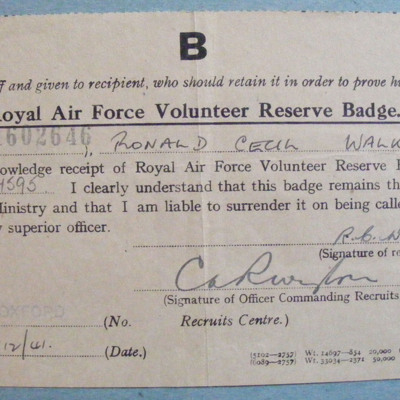 Badge no 67595 from the Oxford recruits centre. 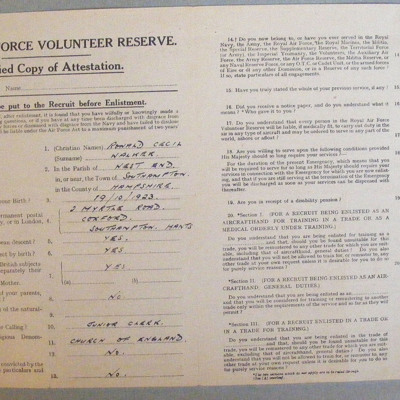 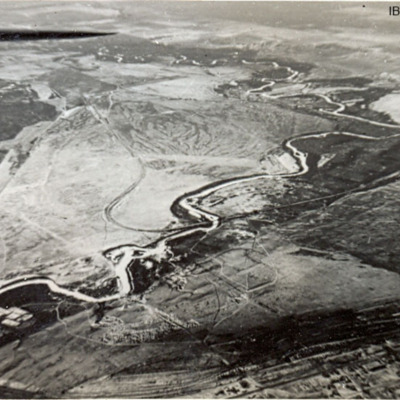 Six photographs of RCAB Rivers, No 1 Air Navigation School. First, third, fourth and fifth are from the air. The second is of a Harvard alongside a hangar and the sixth is of a row of Cornell aircraft and an Anson in the background. 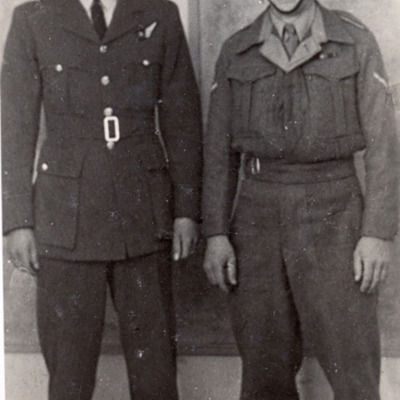 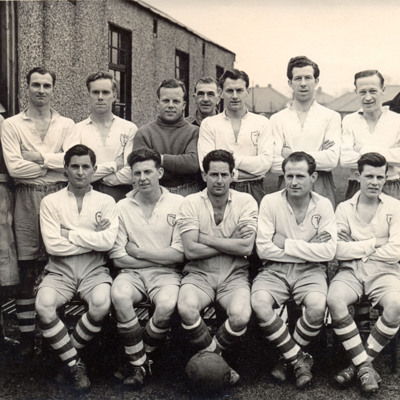 Team and three officials, from the donor 'unknown team'.
View all 40 items