21 items. The collection consists of one oral history interview with flight engineer Donald Ward Briggs (1924 - 2018), his logbook, memoirs and 16 wartime and post war photographs. He completed 62 operations with 156 Squadron Pathfinders flying from RAF Upwood. Post war, Donald Briggs retrained as a pilot flying Meteors and Canberras. He eventually joined the V-Force on Valiants and was the co-pilot for the third British hydrogen bomb test at Malden Island in 1957.

The collection has been donated to the IBCC Digital Archive by Donald Briggs and catalogued by Nigel Huckins. 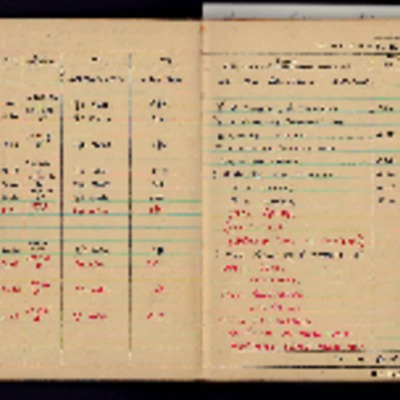 Donald Briggs served as a flight engineer with 156 Squadron Pathfinders flying Lancasters from RAF Upwood between 27 May 1944 and 31 March 1945. The incomplete log book includes 62 daylight and night time operations to French, German, Dutch and… 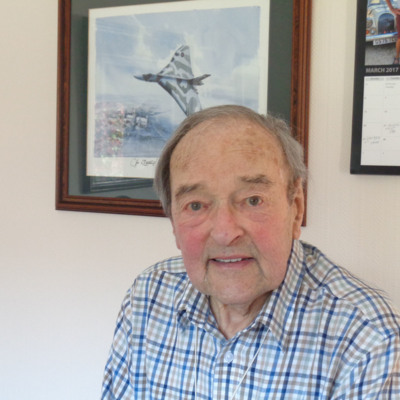 Donald Briggs was born in Lealholm near Whitby in Yorkshire. After school, he became an apprentice with the Royal Air Force. He trained at RAF Halton in 1939 and became an engine fitter working on Wellingtons and Manchesters. He volunteered for air… 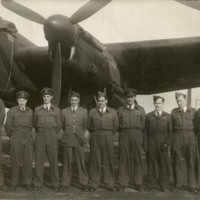 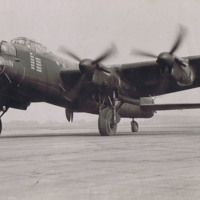 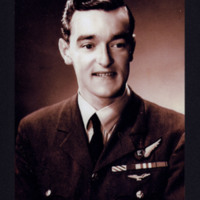 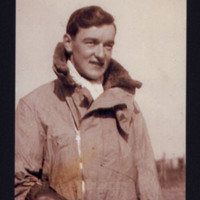 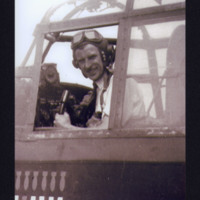 A man wearing shirt sleeves and a flying helmet and goggles looking out of the open cockpit window of a Lancaster from the pilot's seat. Below the cockpit are two partial rows of 12 bomb symbols, five of which are of lighter colour. 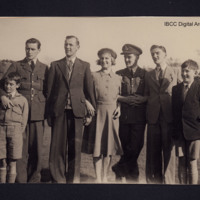 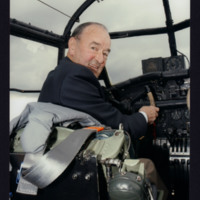 Donald Briggs in civilian clothes sitting looking back from the pilot’s seat of the Battle of Britain Memorial Flight Lancaster. 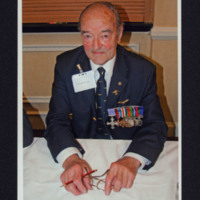 Donald Briggs seated at table wearing blazer with name tag and a squadron tie. He is wearing six medals including the Distinguished Flying Cross, the 1939-1945 Star, the War Medal 1939-1945, the Defence Medal and the General Service Medal. He also… 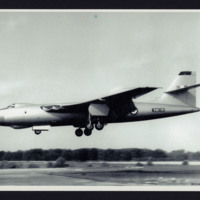 Valiant WZ363 coming in to land with landing gear and flaps down. In the background open ground and tree line. 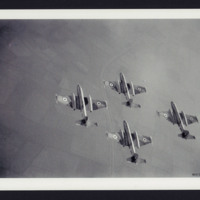 Air-to air view of four Canberra aircraft in diamond formation taken from above flying from bottom to top. In the background open country. 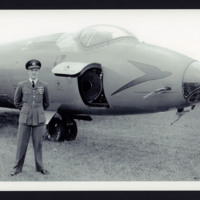 Donald Briggs in uniform tunic with pilots brevet and peaked hat. In the background the nose of a Canberra with open access hatch and stylized bird nose art. 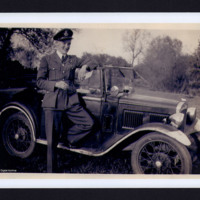 Flying Officer Donald Briggs standing in uniform with tunic and peaked hat with his left foot resting on the footplate of an open topped Austin 7. The mudguards have been edged in white to aid visibility in the blackout, the headlamps angled in and… 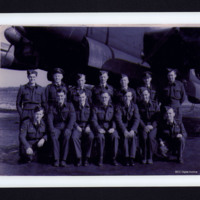 Fourteen servicemen sitting and standing in two rows of seven, all are dressed in battledress uniform. Seven servicemen have aircrew brevets. Donald Briggs is standing second from the right. In the background part of a Lancaster with open bomb bay. 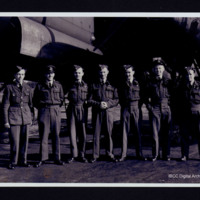 Seven aircrew standing in battledress uniform. Don Briggs is second from the right, pilot, William Neale, is in the centre. In the background a part of a Lancaster with open bomb bay.

Additional information about this item has been kindly provided… 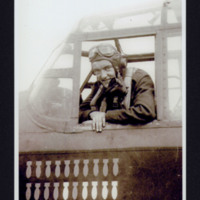 An airman wearing flying helmet and goggles, framed in the open cockpit window of a Lancaster. Three rows of ten operation symbols are visible. 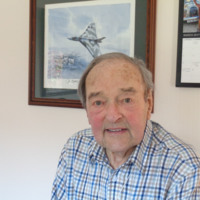 Donald Briggs in civilian clothes holding six medals which include the Distinguished Flying Cross, the 1939-1945 Star with Bomber Command Clasp, the War Medal 1939-1945, the Defence Medal and the General Service medal. 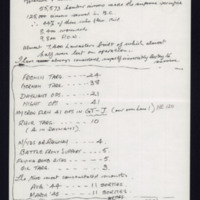 Tribute to a Pathfinder captain 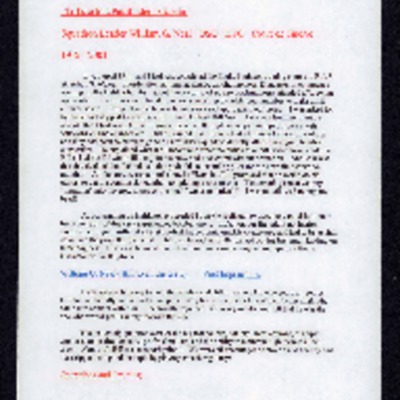 Tribute to Squadron Leader William G Neal Distinguished Service Order, Distinguished Flying Cross, Croix de Guerre, 1912-2001. Describes how Don Briggs met and was crewed with Bill Neal’s crew who having completed one tour had been selected for a… 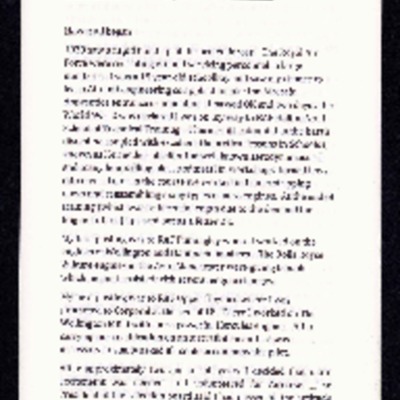