Six items. An oral history interview with Edgar Meredith (- 2019) and documents. He flew operations as an air gunner with 35 Squadron and became a prisoner of war.
The collection has been loaned to the IBCC Digital Archive for digitisation by Aurelia Jones and Edgar Meredith and catalogued by Archive staff.

Includes an interview, service documents, letters and a photograph. 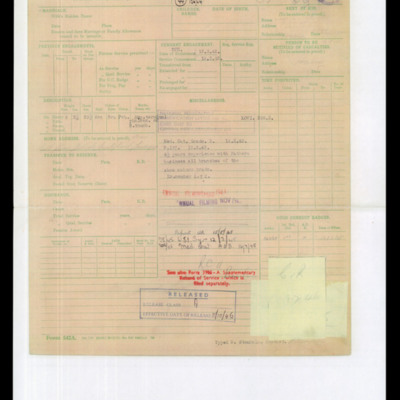 Issued to Edgar Meredith on his release from service. Enlistment 12 Mar 1942, effective date of release 8 Oct 1946.

Final Payment of Pay and Allowances 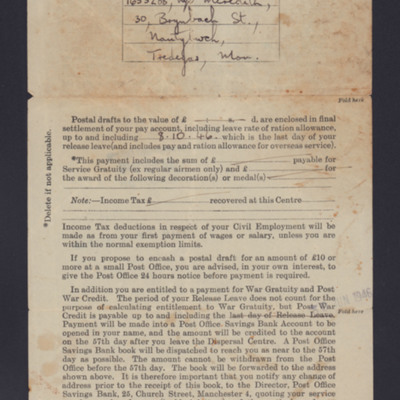 Issued to Edgar Meredith enclosing the remainder of his pay and entitlements amounting to £92 6s. 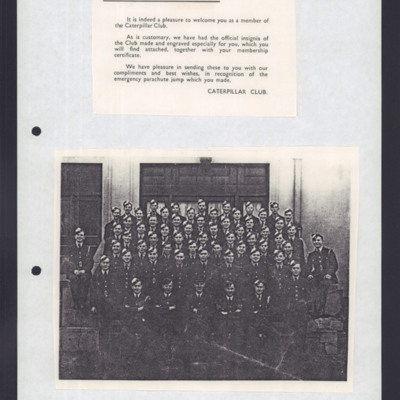 A note welcoming Edgar Meredith to the Caterpillar Club. There is also a photograph of a group of trainee airmen arranged in eight rows. 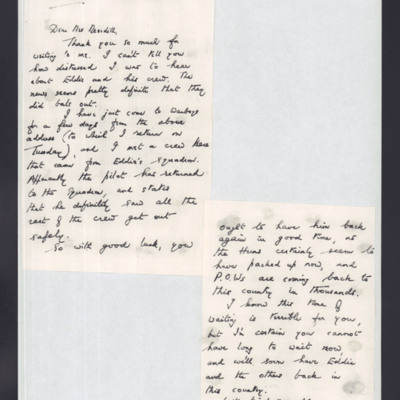 A letter to Mrs Meredith about her husband (Eddie) who baled out of his damaged aircraft. Flight Lieutenant Lane expresses hope that Eddie will have landed safely and, if he has been taken prisoner, will soon be released and return home.

Letter to Mrs Meredith from 35 Squadron 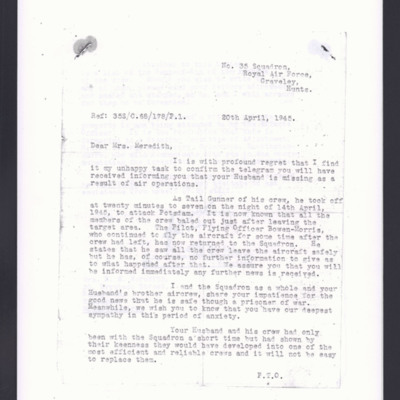 Informing her that her husband, Edgar Meredith, is missing following a bale out during an operation. Included are the names and next of kin of his fellow crew members. Also included is a warning not to disclose any details of operation.

Edgar Meredith applied to join the RAF when he was eighteen years of age, and was interviewed in London and trained as an air gunner. During training he flew on Whitley aircraft and felt those training days were more dangerous than actual operations.…
View all 6 items