The collection has been loaned to the IBCC Digital Archive for digitisation by Christina Chatwin and catalogued by Barry Hunter. 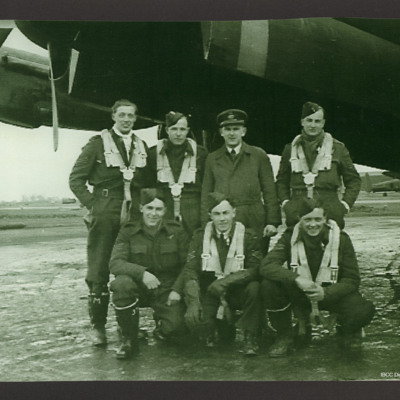 A group of seven airmen, including Malcolm Staves standing in front of a Lancaster. They are wearing full flying gear. 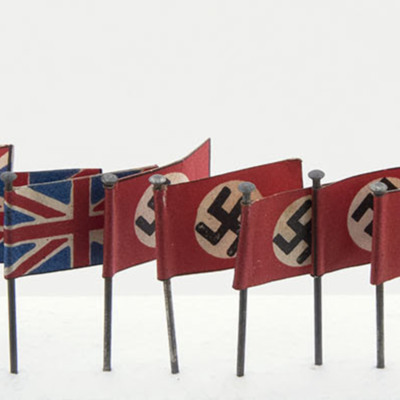 Map pins with the flags of the United Kingdom, France, the Soviet Union and Nazi Germany. 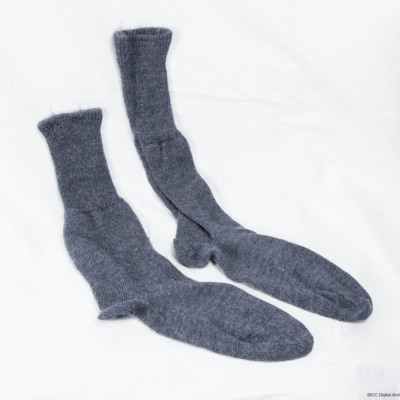 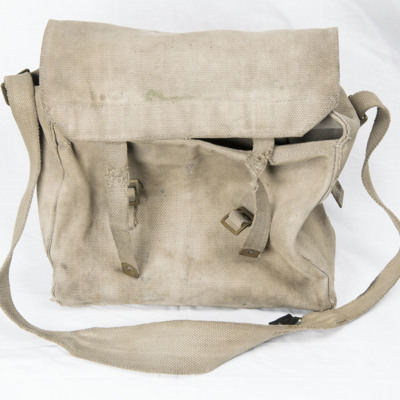 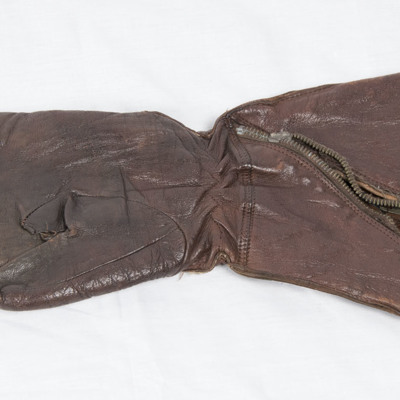 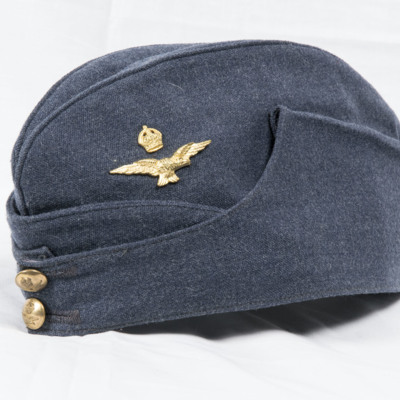 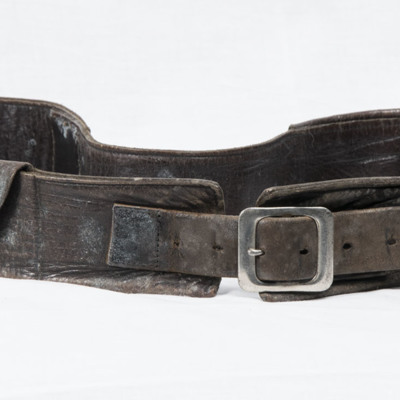 A leather belt with two pouches for money. 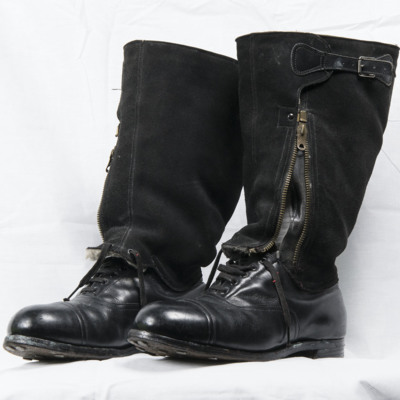 A pair of boots issued to Malcolm Staves. The uppers could be cut away to convert them into shoes if the wearer was shot down behind enemy lines. 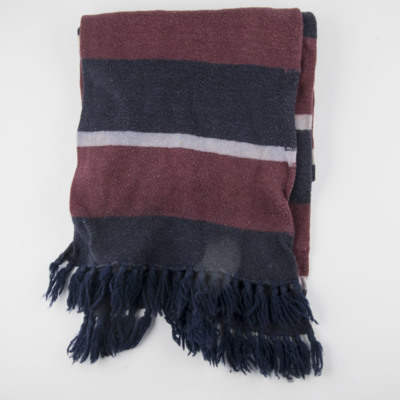 A maroon, blue and white scarf owned by Malcolm Staves. 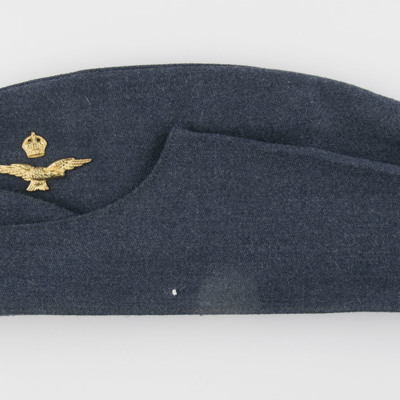 A cap belonging to Malcolm Staves as part of his RAF uniform. 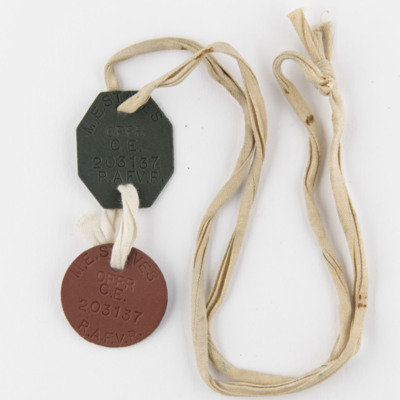 Two identity discs issued to Malcolm Staves. An octagonal and a round RAF Volunteer Reserve disc both with his name and number. There is a cloth tie for wearing round his neck. 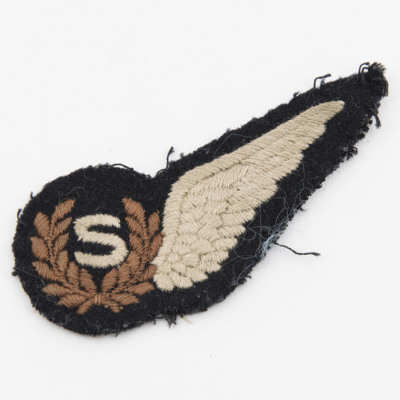 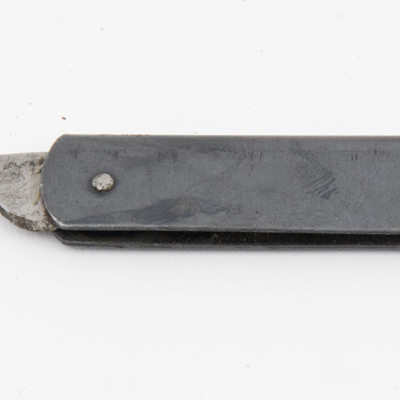 Pen knife intended for cutting top away from escape flying boots, in order to convert them into shoes.

Pair of scissors and case 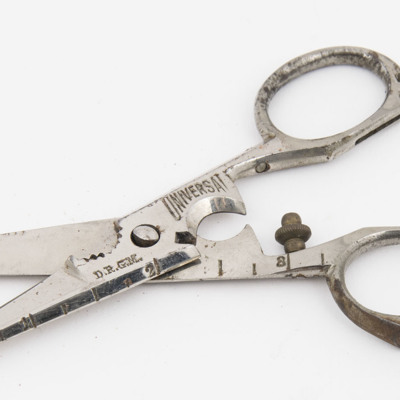 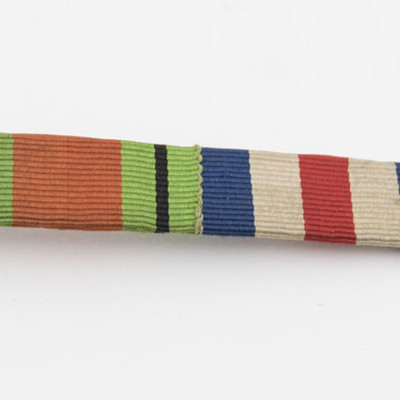 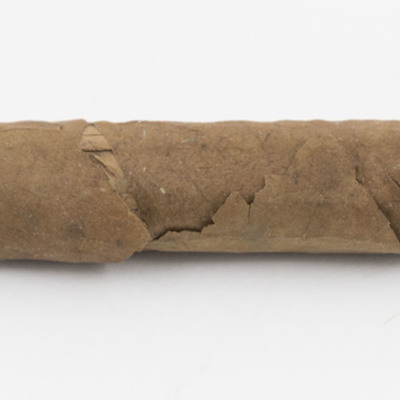 A cigar given to Malcolm Staves on his de-mob. Manufactured by Justus van Maurik 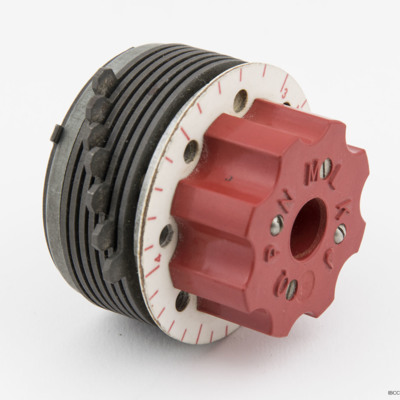 Three images of a metal dial with a red bakelite knob on top. It has the letters 'Q P N M L K J' on the top 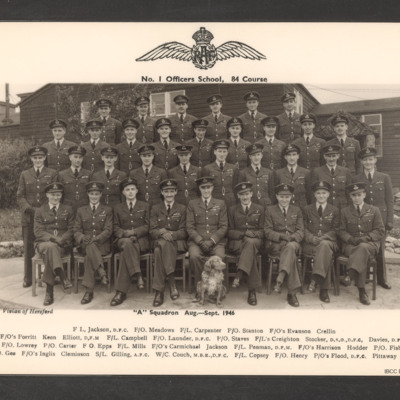 34 airmen and a dog arranged in four rows. Captioned ''A Squadron Aug. - Sept. 1946'. The individuals are named; Pilot Officer Malcolm Staves is fourth from the right on the third row. 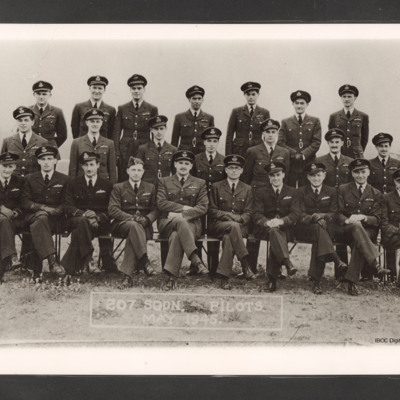 Summary of Medical Board examination of Malcolm Staves 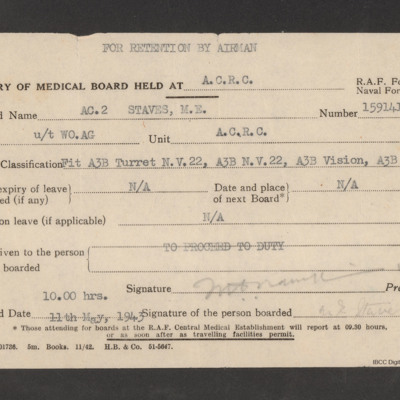 The results of a medical examination of Malcolm Staves with a summary of medical classification.

Results of Medical Board for Malcolm Staves 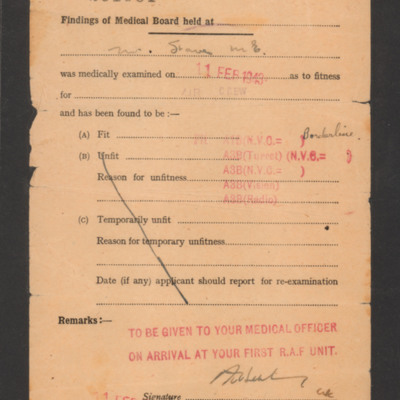 A record of the results of Malcolm Staves' medical.

Postponement of Calling up for Service 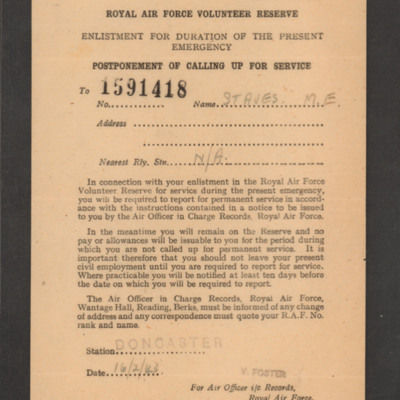 A document issued to Malcolm Staves advising him that his calling up is postponed. 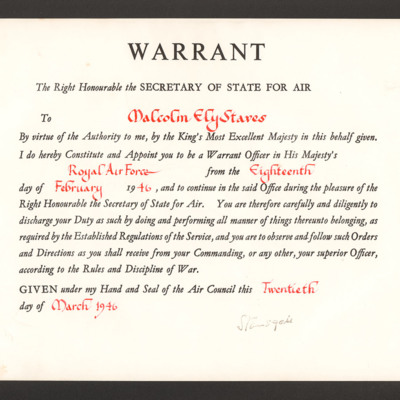 Appointment of Malcolm Staves as a Warrant Officer in the Royal Air Force.

A Message from your Commander-in-Chief 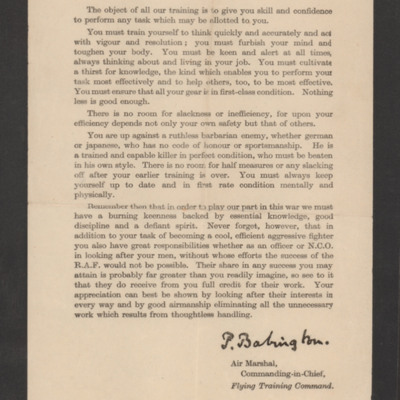 A letter of encouragement to RAF trainees from the Air Marshall of Flight Training Command, P Babington.

Method of Wrapping Pigeons for Dropping from Aircraft 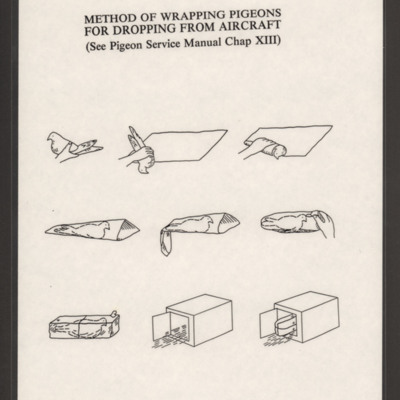 Nine drawings showing how to wrap a live pigeon prior to dropping it from an aircraft.
View all 77 items