Do you need support? Please see the help page. A half length portrait of Frank wearing his air gunner brevet.
On the reverse 'Taken after passing out at Gunnery School Stormy Down June 43'.

Frank Howkins and his crew

Six airmen standing at the tail of their Lancaster after the Tirpitz operation.
On the reverse the six have signed their name and handwritten is 'Nov… 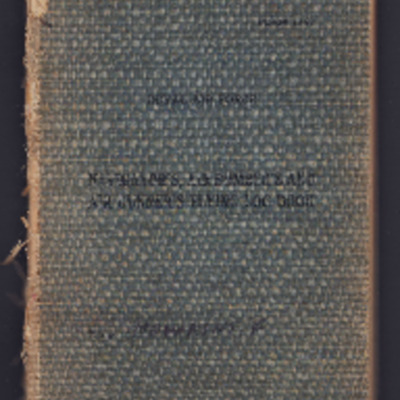 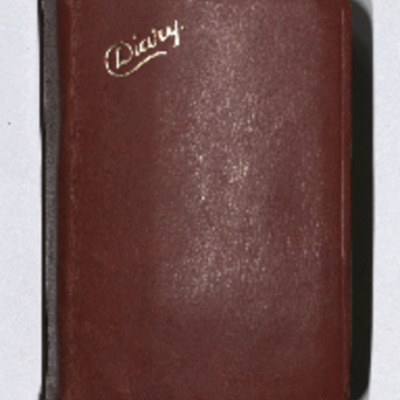 Leslie Manser's one day diary for 1940. Contains details about his life before he was accepted into the RAF and some details of his service life.… 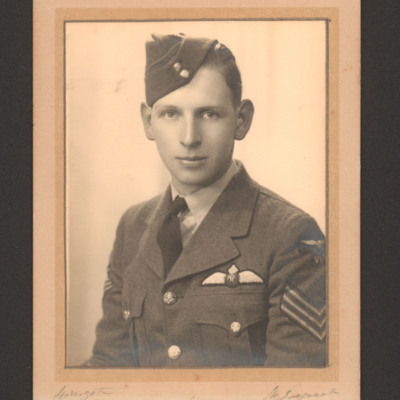 A head and shoulders portrait of Geoff Dixon in sergeants uniform with pilots brevet. On the reverse 'Geoffrey Walter Dixon born 11.12.1922 died:…

A medal awarded by the US Army to a marksman. Underneath are three bars for Pistol-D, Aerial Bomber and Aerial Gunner. 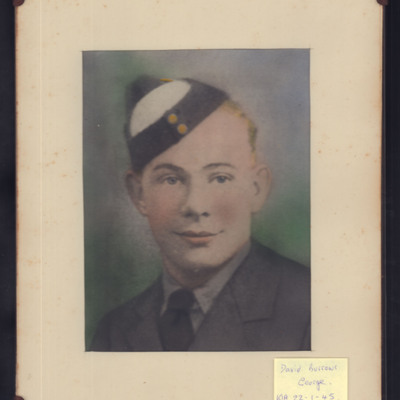 A colourised head and shoulders portrait of David, as a trainee.
A post-it has 'David Burrows George. KIA 22.1.45'.