The end of the war and the beginning of the nuclear age. 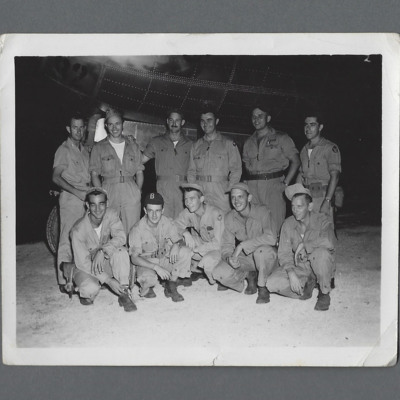 The ‘Little boy’ atomic bomb was dropped over Hiroshima on 6 August 1945 by the crew of the American B-29 ‘Enola Gay’. Three days later the crew of ‘Bockscar’, another B-29, dropped the ‘Fat Man’ bomb over Nagasaki. The two bombs caused the deaths of around 200,000 people. Japan surrendered to the Allies on 15 August, six days after the bombing of Nagasaki, and the Soviet Union's declaration war. For many bomber crew preparing to go to the Far East as part of Tiger Force, the end of the war against Japan was a relief. In the late 1950s the RAF tested British atomic and hydrogen bombs in the Pacific Ocean and the RAF entered the nuclear age.