Ten items. The collection concerns Squadron Leader Peter Stevens, Military Cross, (1919 - 1979, Royal Air Force) and contains his log book, letters and photographs. Originally called Georg Franz Hein, a German Jew, he was sent to Great Britain by his mother in 1934. He attended school in England and when war was declared he assumed the name of Peter Stevens, a deceased school friend. He joined the Air Force and flew operations as a pilot with 144 Squadron before crash landing his Hampden at Amsterdam in September 1941 and becoming a prisoner of war. 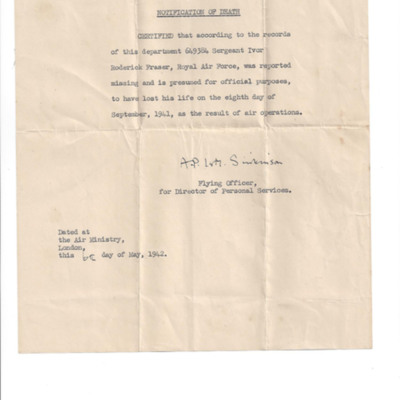 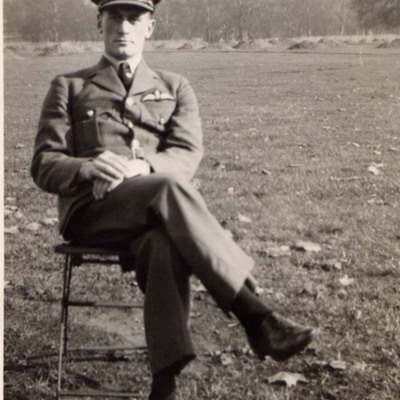 Full length portrait of Peter Stevens wearing tunic with pilots wings and peaked cap sitting on a chair in a field. In the background trees. Submitted with caption 'P/O Stevens'. Additional information about this item was kindly provided by the… 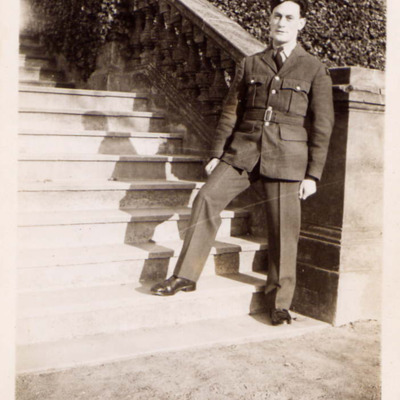 Full length portrait of Peter Stevens wearing tunic and side cap standing at the bottom of a flight of steps with hedge and building in the background. Submitted with caption 'LAC Stevens 1940'. Additional information about this item was kindly… 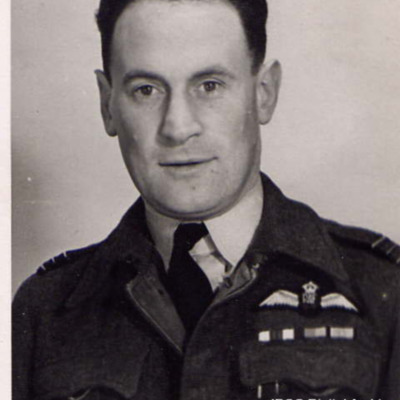 Head and shoulders portrait of a Peter Stevens wearing battledress with squadron leader rank and medal ribbon including military cross.

The Hein family on a beach 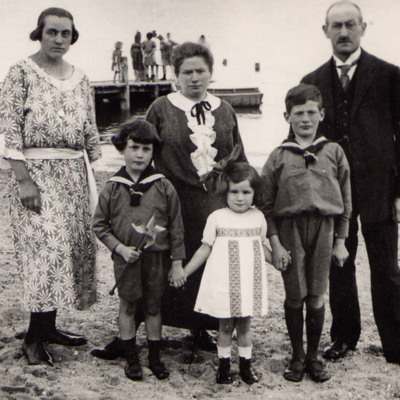 Three adults, a man and two women, stand behind two boys and a girl on a beach. In the background a pier with several people on it. Submitted with caption; 'Beach July 1924'. Additional information about this item was kindly provided by the donor. 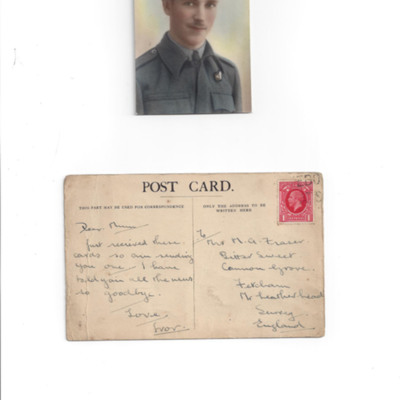 Top, a photograph of an airman wearing battledress with air gunners brevet and side cap.
Bottom, a post card from Ivor to his mother Mrs M A Fraser saying he received her card and has no further news. 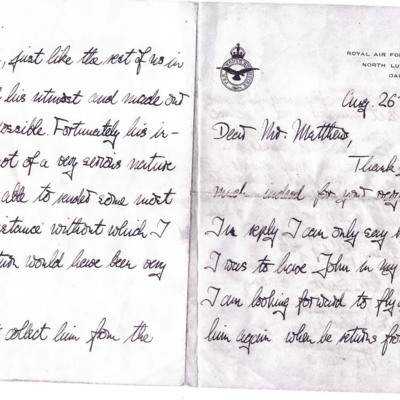 Thanks Mr Mathews for his letter and says how proud he was of Mr Mathews son John and the rest of the crew for their work in getting their aircraft safely home. He is looking forward to flying with him again when he returns from sick leave. He was…

Letter thanks Peter Stevens for the masterly way he brought his aircraft and crew back from operation on 6 August 1941, and as a result saved his son's life.

This item was sent to the IBCC Digital Archive already in digital form. No better… 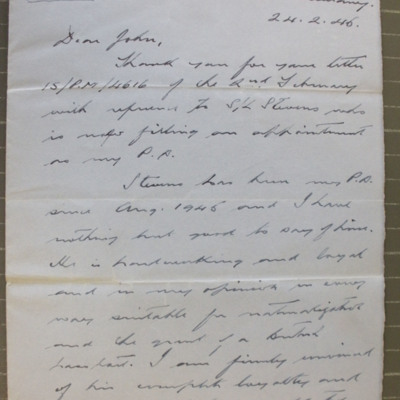 John was tasked with investigating Peter Stevens' RAF record in order to ascertain his suitability for British citizenship. Additional information about this item was kindly provided by the donor.