The collection has been loaned to the IBCC Digital Archive for digitisation by Reg Manning. 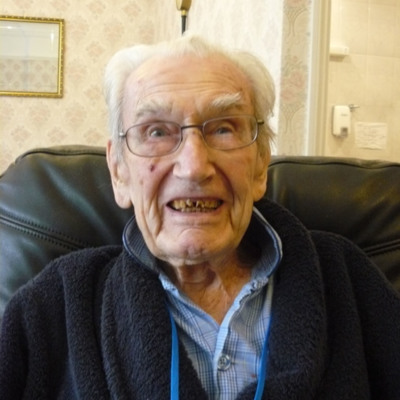 Head and shoulders portrait of Reg Manning, seated in a living room.

Six airmen in desert uniform standing in front of a Halifax. On the reverse are the signatures of the crew and the identity of the aircraft - Halifax Mk II W7756. Four of the crew are identified as from the Royal Canadian Air Force.

Photograph of nose art "Hellzapoppin'!!" with picture of Native American shooting a bomb from a bow and standing on an arrow. Minimum of 30 completed operations indicated. Annotated “Halifax II W7756 R Manning 10 Sqn”. 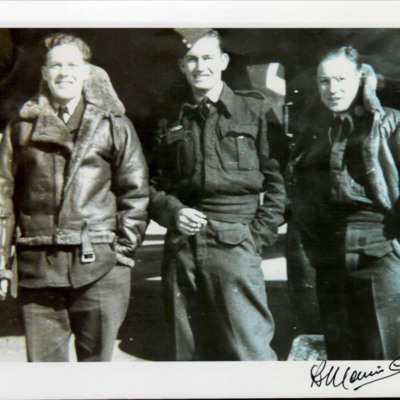 Three airmen standing in front of an aircraft. Two are wearing leather flying jackets, the third has a fabric flying jacket and is holding a cigarette. It is signed 'R. Manning 10 Sqn'.