Eight items. The collection concerns Cyril Joe Barton VC (1921 - 1944, 168669 Royal Air Force) and contains his log book, letters, and photographs. He flew operations as a pilot with 76, 78 and 578 Squadrons and was posthumously awarded the Victoria Cross for his efforts in saving the other crew members when returning from an operation to Nuremberg on 30/31 March 1944.

The collection has been loaned to the IBCC Digital Archive for digitisation by Cynthia Maidment and catalogued by Barry Hunter.

Some items have been reproduced with the kind Permission of the Trustees of the Royal Air Force Museum.

Additional information on Cyril Joe Barton is available via the IBCC Losses Database.

Letter 1 is to Cyril's mother from the RAF accompanying his log book.
Letter 2 is from Cyril to his mother, dated 18th July 1943. He writes six pages explaining he is about to undertake his first operation. He explains how his estate is to be spent… 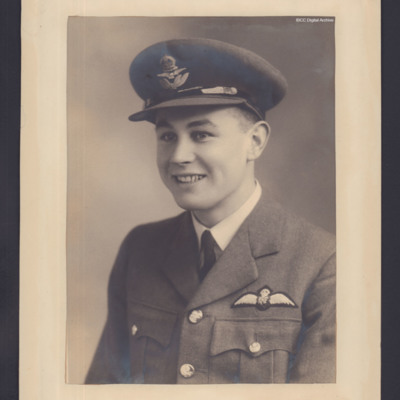 Half length portrait of Cyril Barton in RAF uniform. 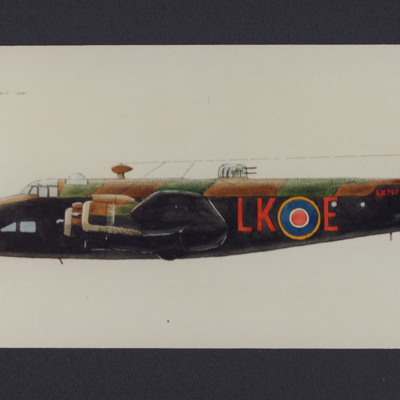 A colour image of Halifax LK797 'LK E'. It is a view of the port side whilst the aircraft is flying. On the reverse 'During the Royal Air Force 50th Anniversary celebrations each aircraft in which a VC was awarded was shown in watercolour. This is a… 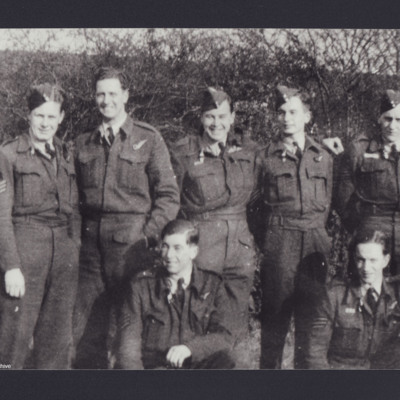 A group of seven airmen and Cyril Barton. They are arranged in two rows. Two at the front are kneeling with five standing behind. Five are wearing side caps. 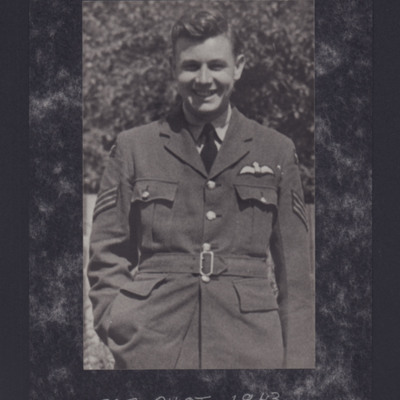 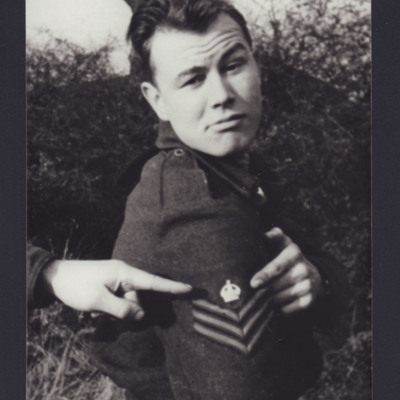 Half length portrait of Cyril Barton wearing his new flight sergeant stripes. He is side on to the camera and is pointing to the stripes with his left hand. Another hand is also pointed at the stripes. On the reverse 'Promotion to Flight Sargeant… 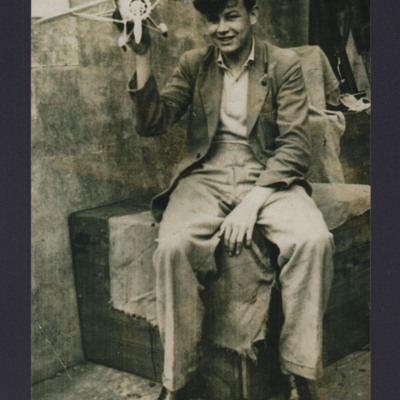 Cyril is sitting on a table. He is holding a model aeroplane. On the reverse 'A/C model Cyril made from balsa wood age 16½ (1937) after a very serious illness 3 months in hospital!' 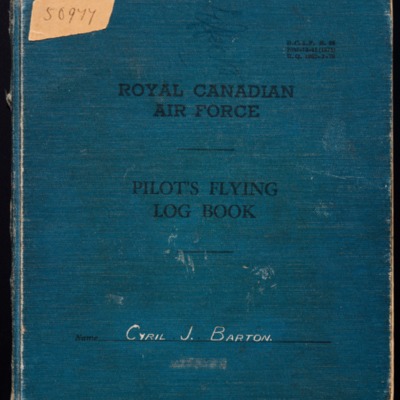