Ten items. The collection concerns Pilot Officer Frederick Arthur Caunter-Jackson (84035, Royal Air Force) and contains a letter, air to ground photographs, an obituary and a photographic portrait. Frederick Caunter-Jackson was killed 11/12 June 1941 flying as an observer in a 61 Squadron Hampden on an operation mine laying in Kiel bay June 11/12 1941.

The collection has been loaned to the IBCC Digital Archive for digitisation by Robert Jackson and catalogued by Nigel Huckins. 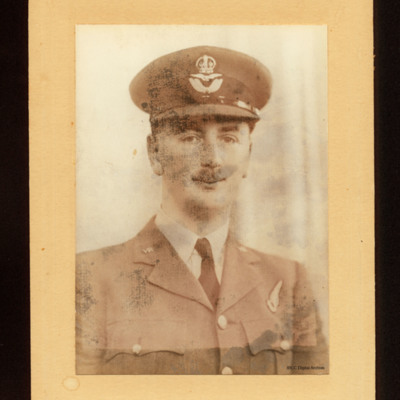 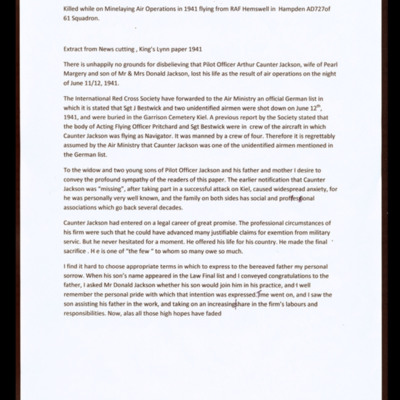 Transcript from news cutting, Kings Lynn paper 1941. Reports that Pilot Officer Frederick Arthur Caunter-Jackson lost his life as a result of air operations on night 11/12 June 1941. Other names of his crew were listed and it is assumed his was the… 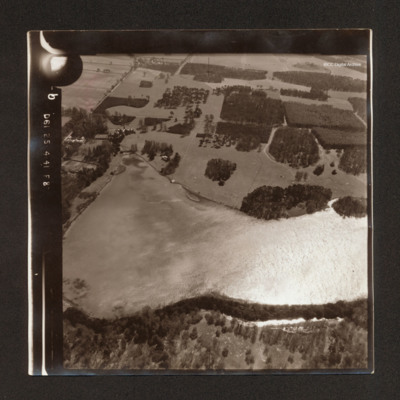 Oblique aerial photograph showing Narford Lake in the bottom half. To the top left of the lake is Narford Hall. Above the lake tree plantations in estate. 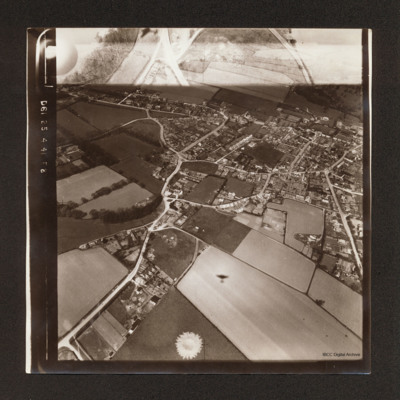 Oblique aerial photograph of Heacham surrounded by fields. There is the shadow of a Hampden one quarter way up from centre bottom. There is part of another exposure at the top. 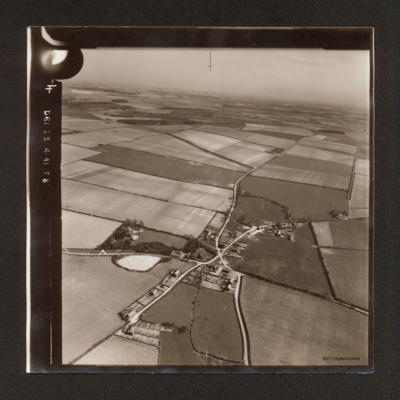 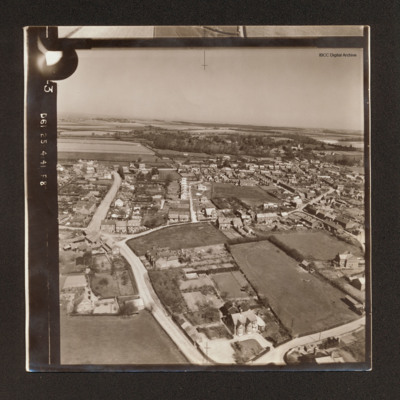 Oblique aerial photograph of Heacham with houses along roads. In the background open fields and woods. 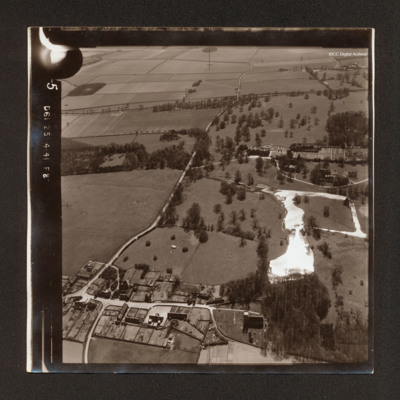 Oblique aerial photograph Flitcham. There is a country house with formal garden and estate in the top right quadrant with lake below and village in the bottom left quadrant. A road runs from bottom left to top centre. 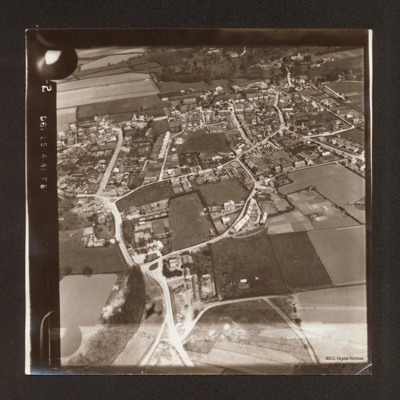 Oblique aerial photograph of Heacham surrounded by fields and with woods in the distance. 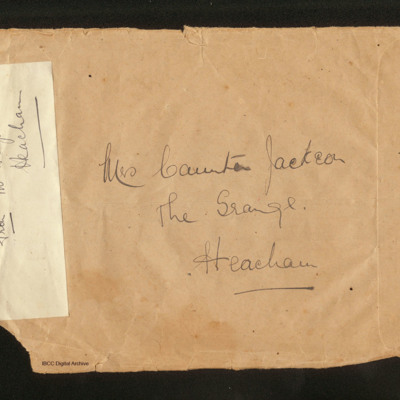 Front addressed to Mrs Caunter-Jackson. From [..] Jackson. On the reverse stamps and postmark Coventry 21 December 1943. 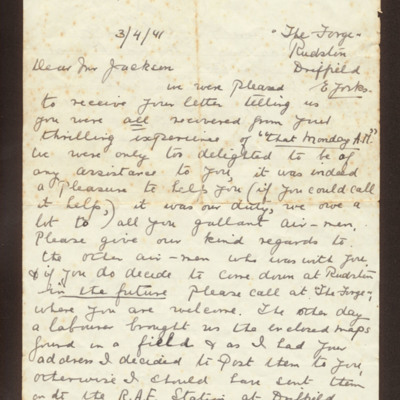 Letter thanking Mr Jackson for his letter and writing that they were glad he had recovered. In addition they reiterated the help offered was a pleasure and indeed a duty. Writes that they are enclosing some maps found in a field by a local labourer…
View all 10 items