Six items. The collection concerns Richard Vipond (3040603, Royal Air Force) and consists of his log book, service documents and photographs. He flew operations as an air gunner with 514 Squadron from RAF Waterbeach.

The collection has been loaned to the IBCC Digital Archive for digitisation by Pauline Ponsford and catalogued by Barry Hunter. 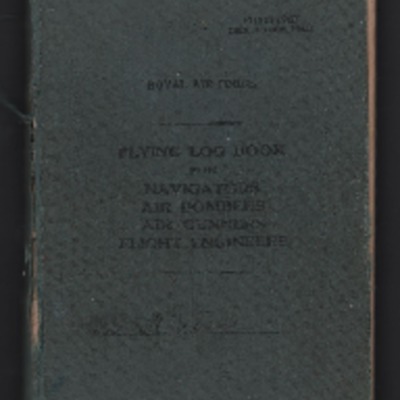 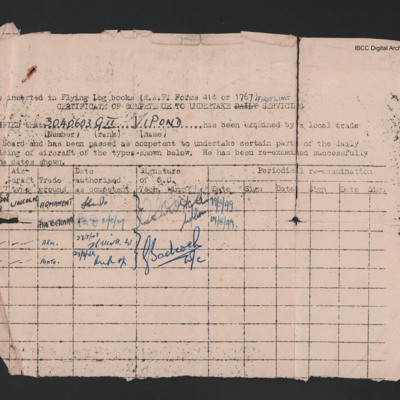 A certificate awarded to Richard Vipond permitting him to service certain parts of Lincolns. 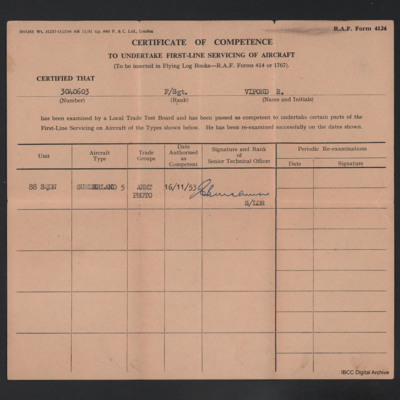 A certificate awarded to Richard Vipond allowing him to service certain parts of a Sunderland. 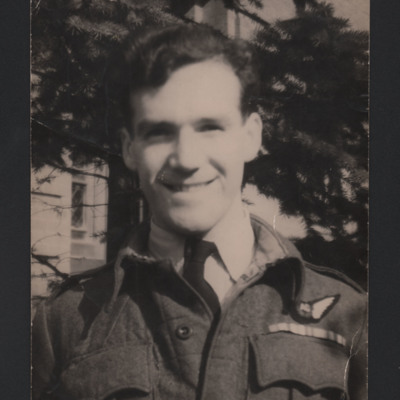 Head and shoulders portrait of Richard Vipond. He is wearing an air gunner's brevet.

Lancaster ME422 JI-Q and crew 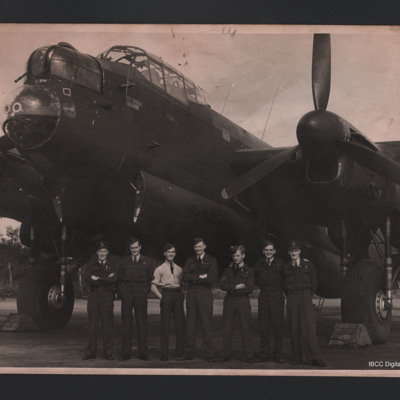 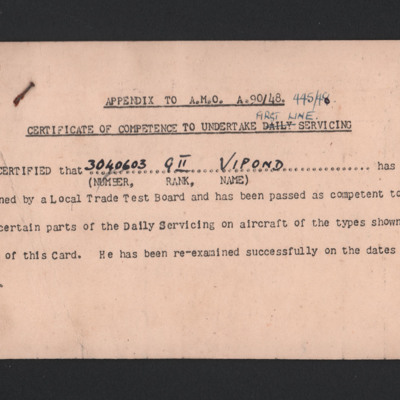