19 items. An oral history interview with Rachel and John Gill about their father, Peter Hazeldene DFC (b. 1922, 553414 Royal Air Force) and 16 other items including log book, memoirs, medals and photographs. He flew operations as an air gunner with 106 and 57 Squadrons.

The collection has been loaned to the IBCC Digital Archive for digitisation by Rachel and John Gill and catalogued by Barry Hunter. 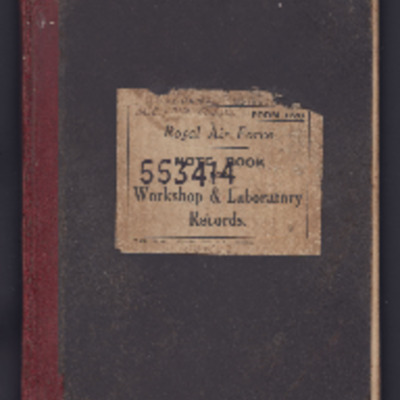 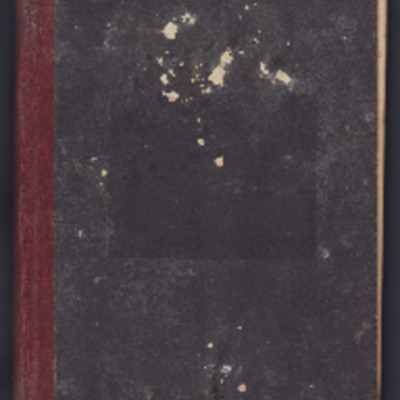 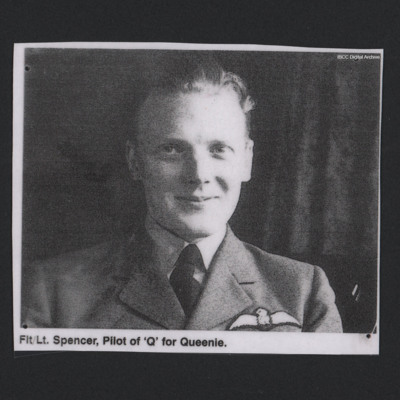 Head and shoulders portrait of Flight Lieutenant Spencer, Pilot of Q for Queenie.

Two Airmen and a Hampden 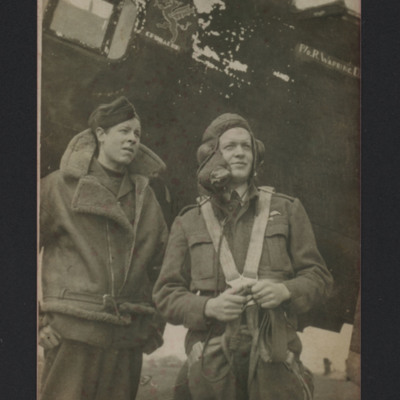 Two airmen (Peter Hazeldine left) in flying kit standing at the nose of a Hampden. Above their heads on the nose is a griffon with [undecipherable] underneath and P/O R. Waprinc D [incomplete]. 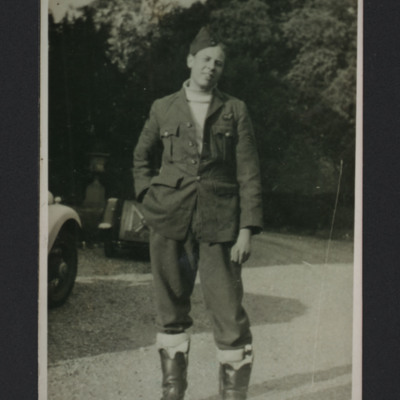 Peter in flying boots standing with one hand in his pocket. 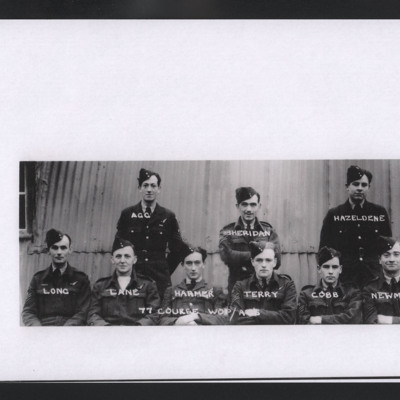 Nine airmen, including Peter Hazeldene, arranged in two rows in front of a Nissen hut. Each airman has his surname written on. 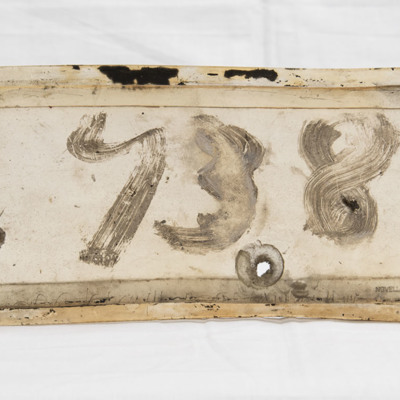 An oval plate with 'L7389' painted on. There are two irregular sized and placed holes. The centre is made of translucent material such that the number can be read, in reverse. It has also been photographed from the side.

The plate came from Avro… 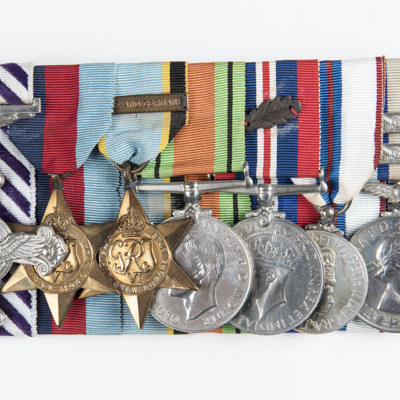 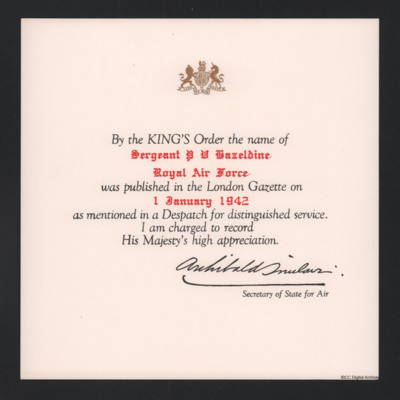 A note referring to Peter's mentioned in a Despatch for distinguished service. Surname given as Hazeldine. 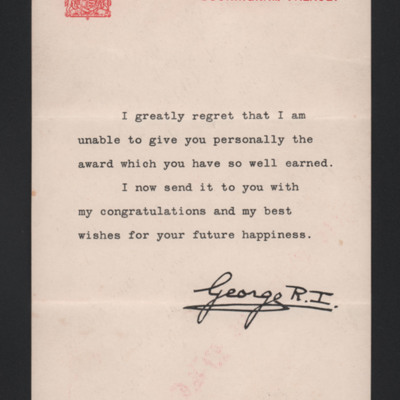 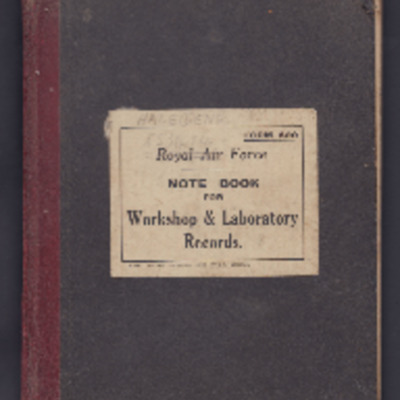 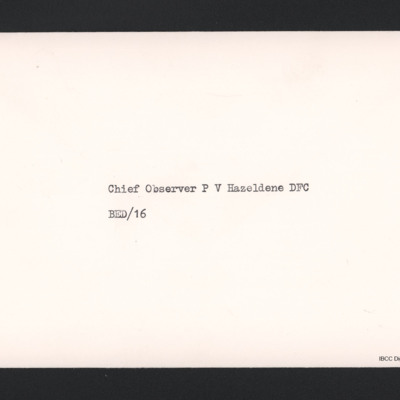 An invitation for Peter to attend a Royal Garden Party at Bentley Priory.

Recommendation for Honours and Awards 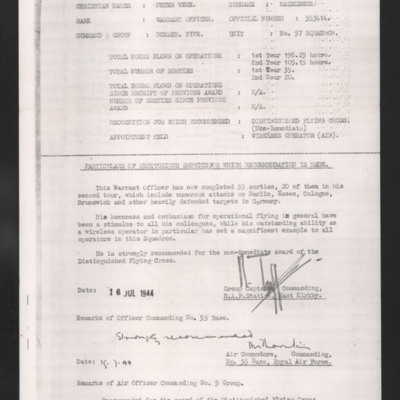 Two pages of a log book completed by R Purnell

Interview with Rachel and John Gill

Peter Hazeldene joined the RAF from Wales when he saw a poster to see the world from a different perspective. He trained as a wireless operator and during training suspected a couple of incidents of sabotage on the base. Peter was posted to 106…
View all 19 items