12 items. The collections consists of photographs of a Stirling and Women‘s Auxiliary Air Force personnel. The collection has been loaned to the IBCC Digital Archive for digitisation by Jacque Collyer-Smith (2133664 Royal Air Force) and catalogued by Nigel Huckins. 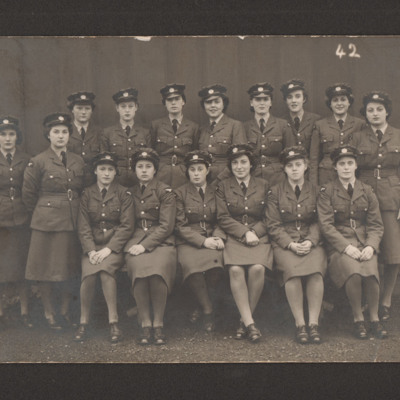 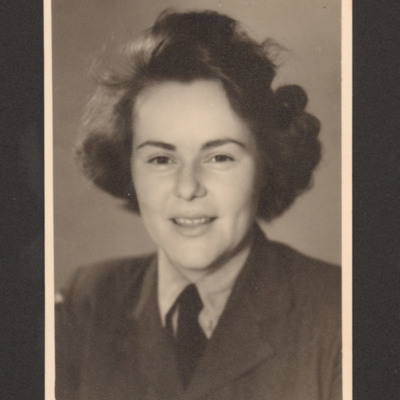 Head and shoulders portrait of a member of the Women's Auxiliary Air Force. On the reverse 'With love from Dirt tract [?] Del (De 'Ath)'. 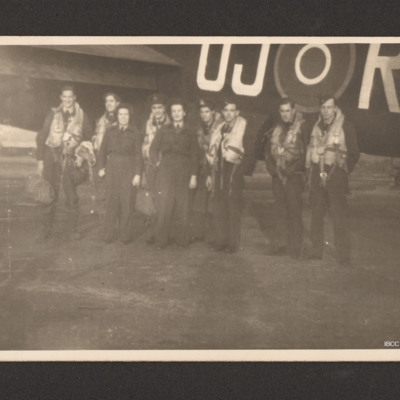 Seven aircrew wearing Mae Wests and two members of the Women's Auxiliary Air Force in battledress stand in front of Lancaster OJ-R with its flaps down. On the reverse 'Taken at RAF Methwold, the crew and kite take off flying over to G'. 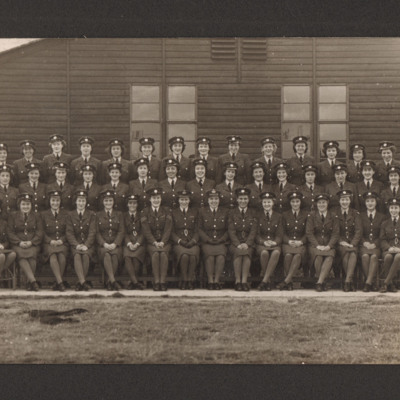 49 members of the Women's Auxiliary Air Force, wearing tunics and peaked caps, in three rows. In the centre of the front row two officers, all others are non-commissioned. In the background a wooden hut with two windows.

18 service personnel in front of a lorry 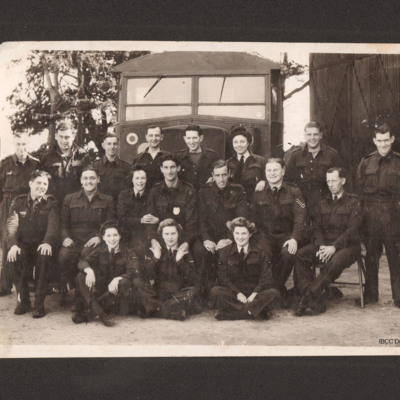 A group of 13 airmen and five members of the Women's Auxiliary Air Force, all wearing battledress, in three rows in front of a Royal Air Force lorry. Three leading aircraftswomen are sitting in front. There is one woman in the centre row and in the… 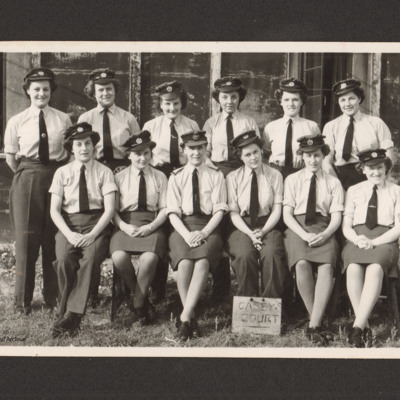 Group portrait of twelve members of the Women's Auxiliary Air Force in two rows in shirtsleeves. Front row is sitting, rear row standing. Third from the left in the front row is a section officer, all the others are non-commissioned. In front a small… 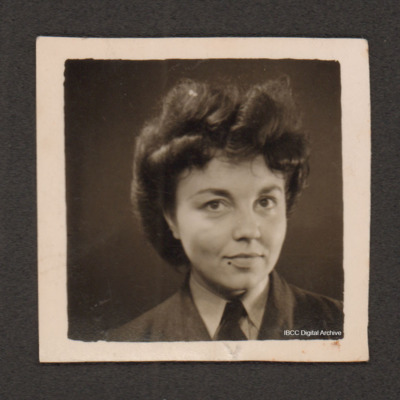 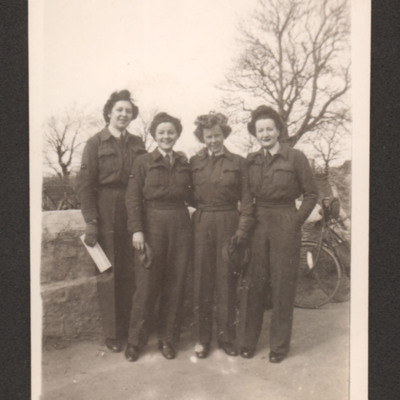 Four Women's Auxiliary Air Force in battledress standing in front of a low wall. The two women on the left are leading aircraftswomen. In the background trees and to the right a bicycle 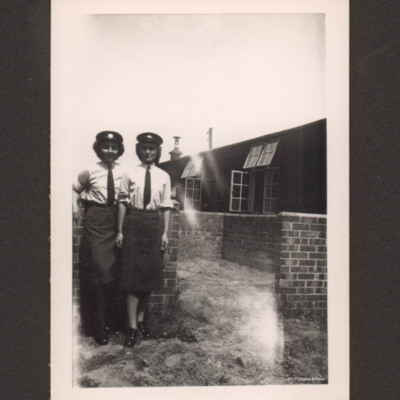 Two servicewomen in shirtsleeves, ties and peaked hats stand alongside a brick enclosure. In the background, a single story building with open windows.

Stirling on a dispersal 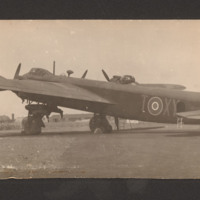 Side, slightly rear view of Stirling Mk 3 XY-T EH906 on a dispersal. Wheel chocks, one access ladder and a stepladder are visible. In the background, Nissen huts, drums and bicycles. 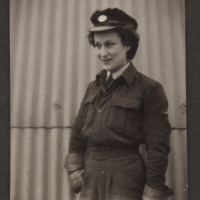 Three-quarter length portrait of a leading leading aircraftswoman wearing tunic, peaked hat, shirt, tie and gauntlets standing in front of Nissen hut. On the reverse 'To Jackie, love and best wishes from Johnny' 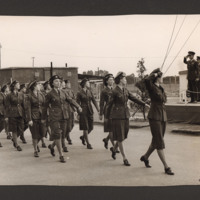 An air commodore is taking the salute from a Women‘s Auxiliary Air Force march past. The air commodore is standing on a temporary structure with cloth, low post and rope fence. There are buildings in the background with overhead services.
View all 12 items