69 items. The collection concerns Squadron Leader Don Falgate (136896 Royal Air Force) and consists of 68 pre-war, wartime, and post-war photographs and a handwritten detailed account of his tour. Don Falgate trained in Canada and flew operations as a bomb aimer with 463 Squadron from RAF Waddington.

The collection has been loaned to the IBCC Digital Archive for digitisation by Paul Falgate and catalogued by Trevor Hardcastle. 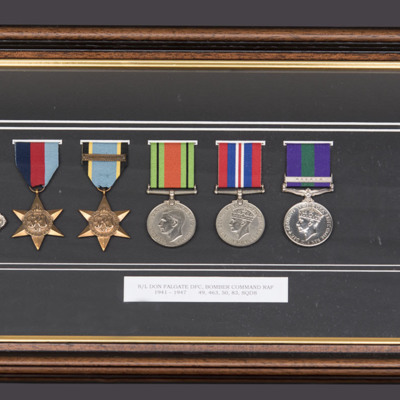 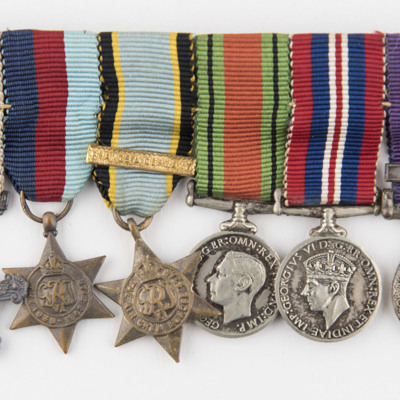 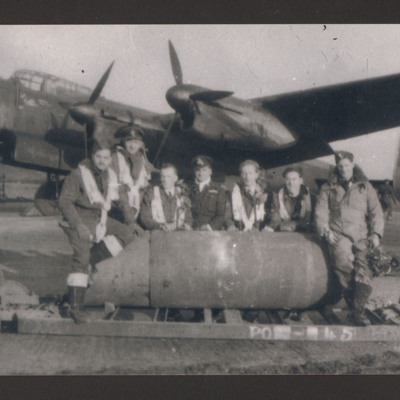 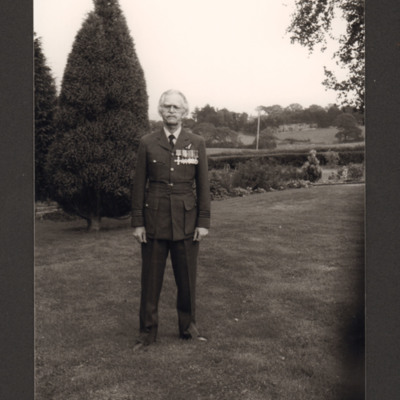 Three photographs of Don Falgate, two in uniform, with medals, one in civilian clothes all with a garden background. 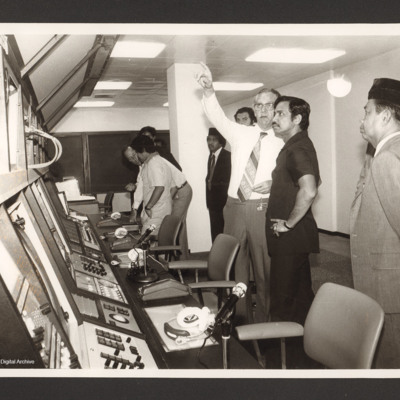 An air traffic control room in Malaya being visited by VIPs.
Additional information about this item has been kindly provided by the donor. 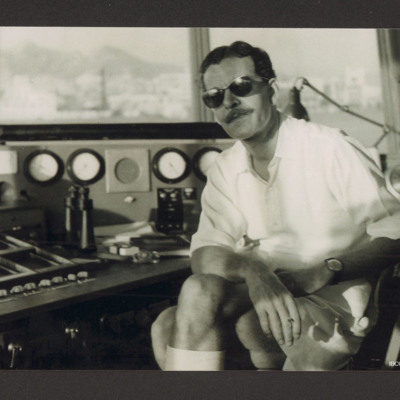 No 617 Squadron and the operation to breach the dams 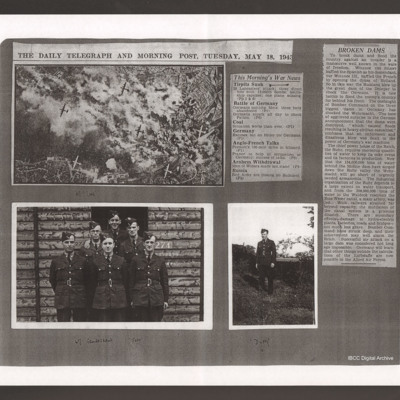 Album page with three clippings, one from from The Daily Telegraph and Morning Post dated Tuesday May 18 1943 showing a number of Lancasters over a city, captioned '617 Lancs'. One summarising the news from around November 1944, including the sinking… 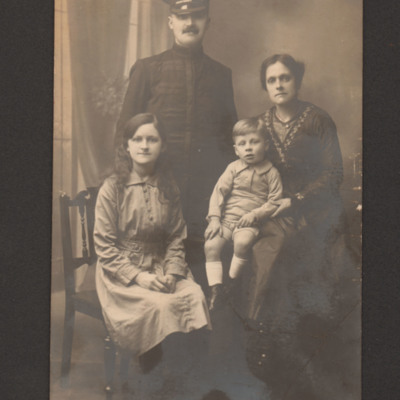 Captioned 'Mother, Dad (in the uniform of superintendent of the County Police, Grimsby, Lincs.) Elsie (my younger sister) and my brother Robert. Picture taken about 1918. 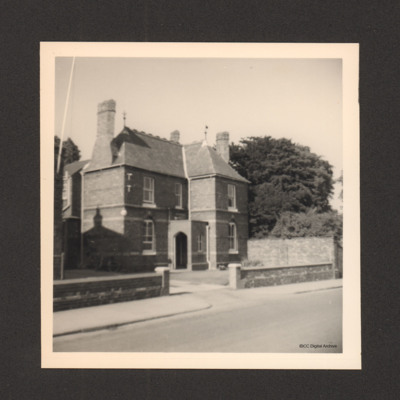 Captioned 'County Police Station house Louth, Lincs. I was born in the bedroom behind the upper window on the right side of the house.'. 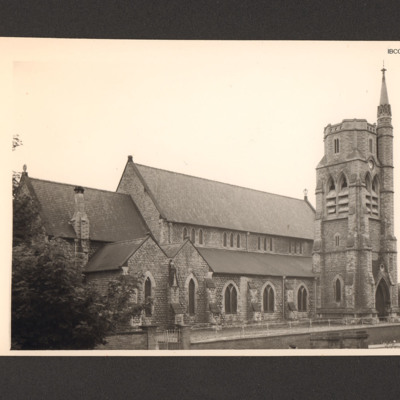 Captioned 'Holy Trinity church, Louth, where I was Christened.'. 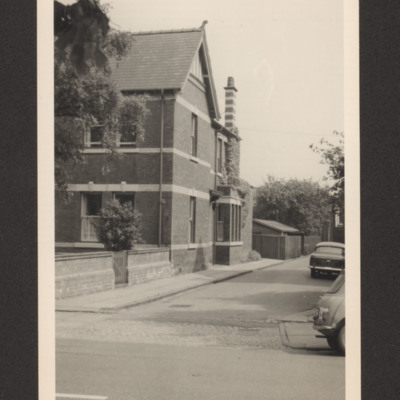 Captioned 'County Police house, Brighowgate, Grimsby, Lincs. where I lived from late 1921 until approx 1929 - 1930. this shows side of house facing offices and Court House.' 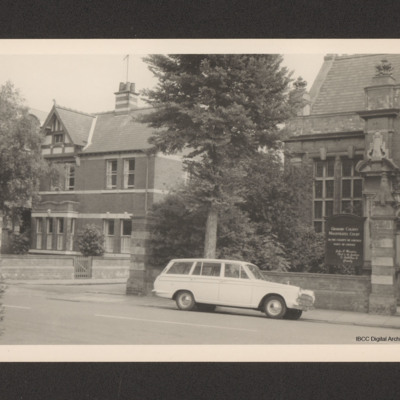 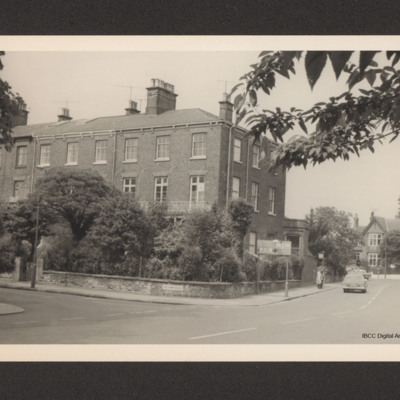 Substantial three storey brick building on street corner, trees and bushes in the garden. Captioned 'The Pelham School, Bargate, Grimsby, my first school aged 5 to approx 9. The school was in the end of the building (ground floor). the two upper…

Don Falgate with group at picnic 1926 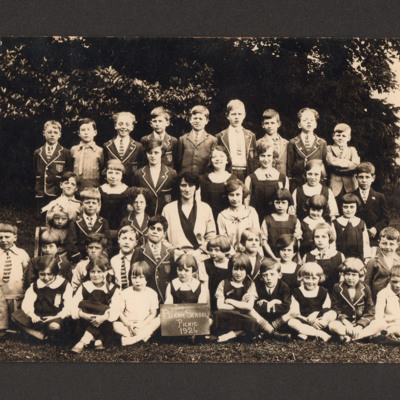 Captioned 'The Pelham School Annual Picnic to Tetney, Lincs in 1926. This was a private school. I am on the left of the front row. Brother Robert is in the centre of the back row. Mrs Kendal is the older lady in the centre, her daughter is standing…

Don Falgate with mother and dog 1928 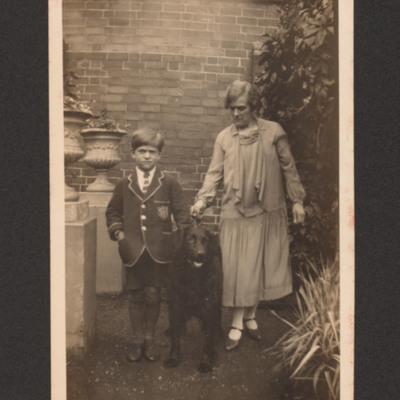 Captioned 'Self with mother and 'Boy', my sister Elsie's dog. Photo taken about 1928.'

Don Falgate with mother and sister, 1928 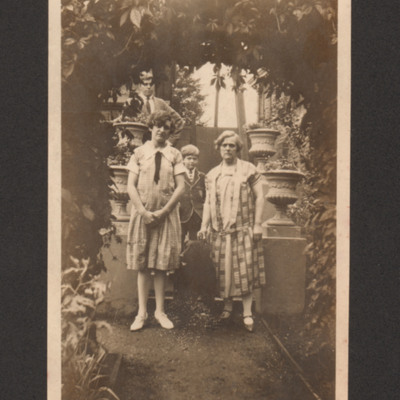 Captioned 'Self between sister Elsie and mother. Leslie Robinson in the background, Elsie's husband and dog 'Boy' Photo at Police House, Grimsby, about 1928.' 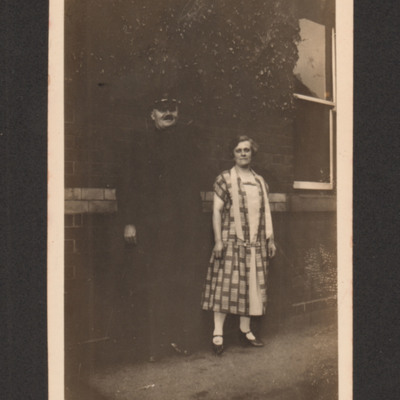 Captioned 'Mother and Dad by side of Police House, Grimsby. Date unknown.' 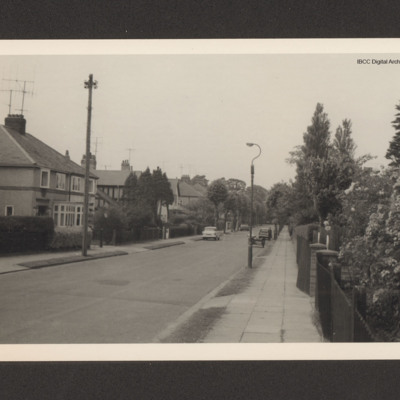 Tree lined street, two storey brick houses. Captioned 'Devonshire Avenue, Grimsby where I grew up from approx 1929 - 1930 until joining the RAF in September 1941. The car on the left is in front of No 22 where I lived.' 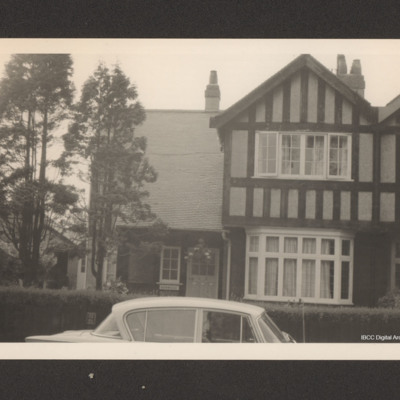 Don Falgate with sister and brother 1931 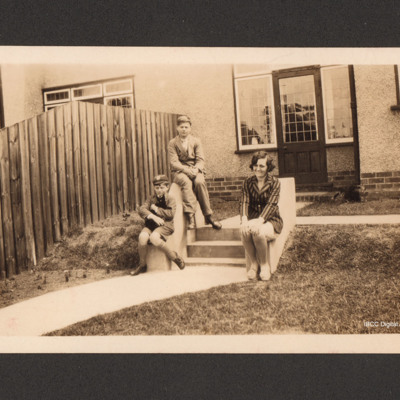 Captioned 'Self (wearing cap) with brother Robert and sister Elsie in back garden of 22 Devonshire Avenue, Grimsby. Photo about 1931.' 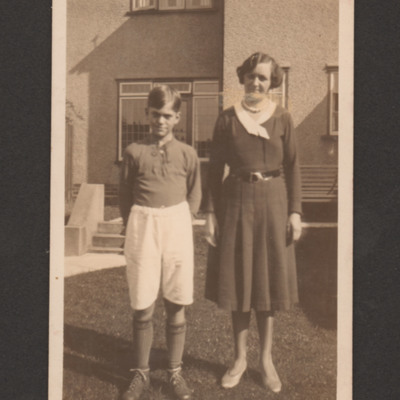 Captioned 'Self with sister Elsie. I am proudly displaying first football kit. Jersey is green, colour of school house, (Coleridge). Photo around 1933-34.' 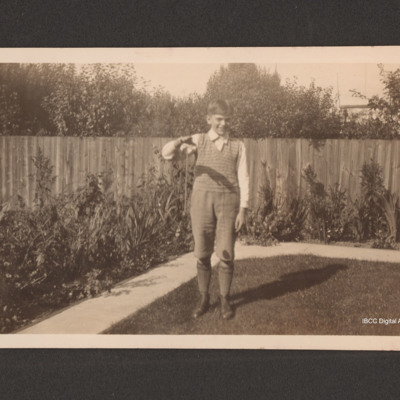 Captioned 'Self with yo-yo (on a string) in back garden of 22 Devonshire Ave.' 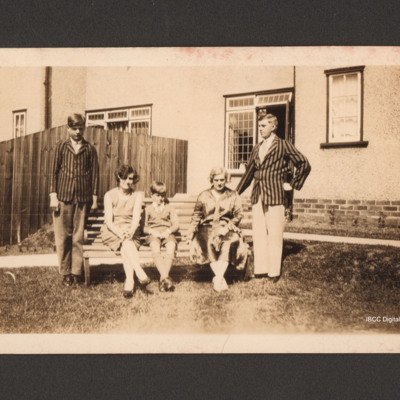 Captioned 'From left to right, brother Robert, sister Elsie, self, mother, Leslie (Elsie's husband). In back garden of 22 Devonshire Ave, Grimsby . Photo around 1929, 1930' 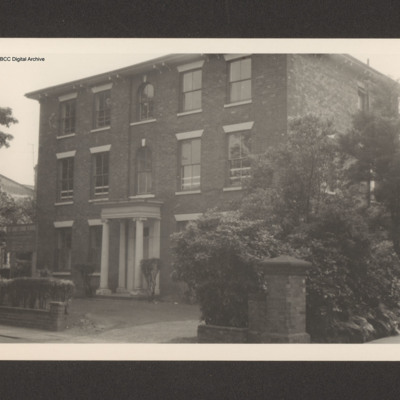 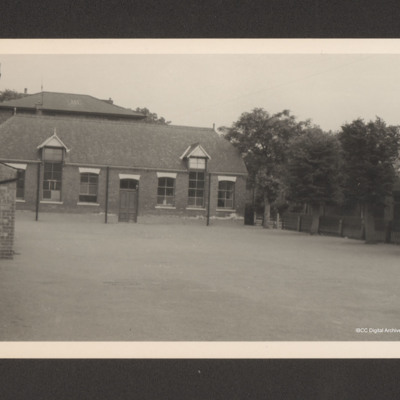