The collection has been loaned to the IBCC Digital Archive for digitisation by Frederic Richardson and catalogued by Barry Hunter. 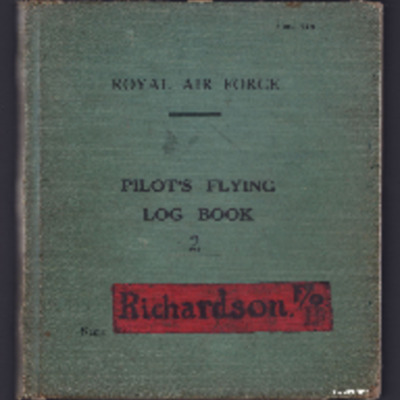 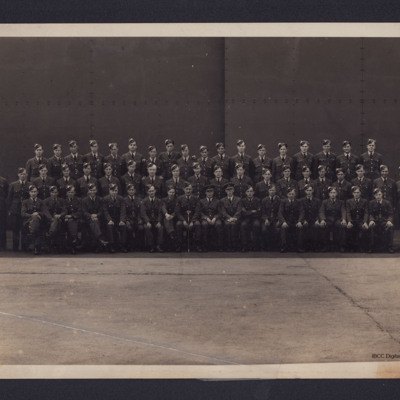 Large group of trainees, arranged in three rows in front of a hangar.
On the reverse most of the individuals have signed their names.
Information supplied with the collection identifies it as RAF Finningley in 1941, Aircrew receiving centre group.

Fred Richardson and Classmates at the Pool 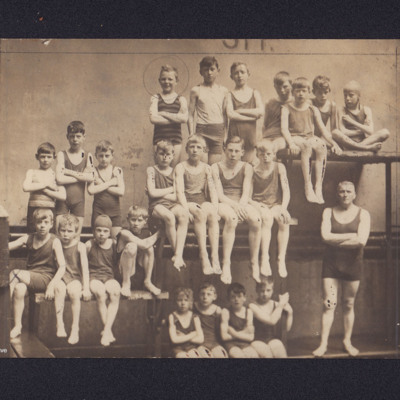 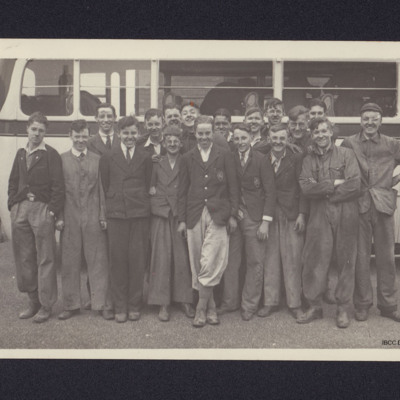 Fred on a school outing to a colliery. He is in the centre of a group of miners and fellow pupils. Behind is a bus.

A young Fred flanked by his mother and father. 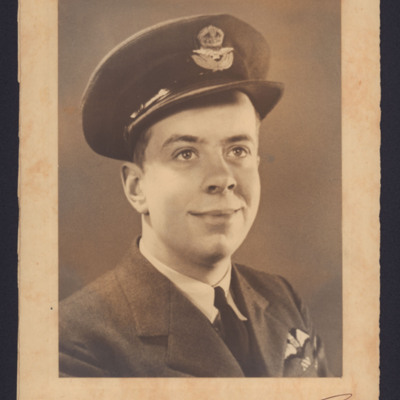 A head and shoulders portrait of Fred wearing his pilot's badge and DFC. 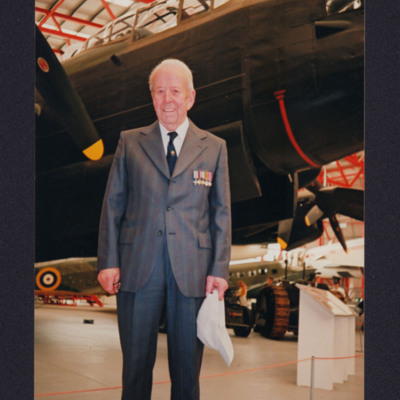 Fred standing, wearing his medals, in front of a Lancaster at Duxford. 24 airmen arranged in three rows in front of a building. On the reverse each individual is named. 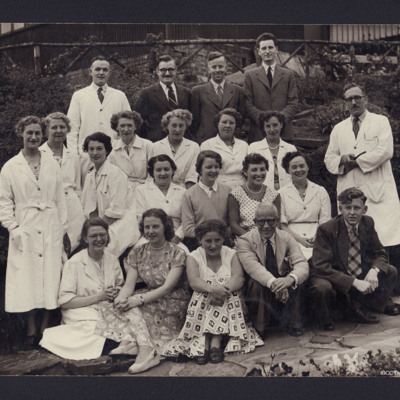 A group of 14 women and 8 men identified, in information supplied with the collection, as employees of Metal Box. Fred is identified as being in the photograph. 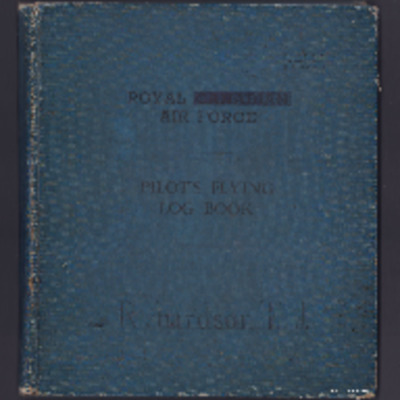 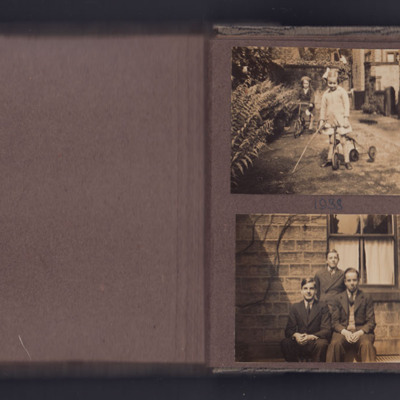 Three photographs from an album.
Photo 1 is two young girls on trikes.
Photo 2 and 3 are three men in front of a house. They are annotated '1938 Just the three of us'.

Four photographs from an album.
Photo 1 is two boys walking along the pavement. Annotation indecipherable.
Photo 2 and 3 are a boy holding a model yacht and his dad, walking along a pavement. It is annotated Redcar 1939. Photo 2 annotations is…